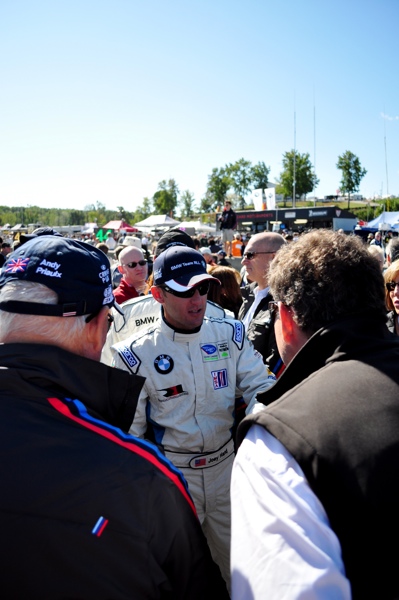 Sadly, the 2011 American Le Mans Series season has come and my has it been a successful one. The ALMS is the most competitive sports car series in this hemisphere and with good cause. Last year, BMW Team RLL(Rahal Letterman Lanigan) locked up a championship on the last lap of the last race of the season. This year – in typical German fashion – the team proved even more efficient by locking down the GT team championship along with the drivers championship for Joey Hand and Dirk Muller in the #56 car.

Bill Auberlen and Dirk Werner in the #55 rounded out the top 3 in the driver’s championship when bringing home third place at the season closer at Road Atlanta. Andy Priaulx and Augusto Farfus were onboard the 56 and 55 cars, respectively, to vie for additional points in the Europeans ILMC where they also driver for the sister team of BMW Team RLL: BMW Team Schnitzer.

We’ve said it countless times before but credit must be given to this team for entering the ALMS and in three years attaining two championships. To be more specific, this season BMW Team RLL netted the driver’s championship via Hand and Muller, GT team championship, GT manufacturer’s championship for BMW, the Green X Challenge championship and very nearly, by only a 4 point margin, helped Dunlop win the tire manufacturer’s championship. It is quite a feat when you look at the timeframe in which they’ve accomplished so much. But it isn’t such a surprise when you spend a few minutes with the team and examine the work ethic that goes into each race.

I was lucky enough to be embedded with the team for the opening race at the 12 Hours and Sebring and then the other major endurance race of the ALMS season: Petit Le Mans. In both instances, the singular effort permeated the air surrounding the team – everyone, from the communications group to the mechanics have a vested interest in the success of the team. More on that later, though.

Early Saturday morning, I traipsed through the front gate and down into a valley of pine trees and unforgiving Georgia red clay where Road Altanta lay. My destination was the BMW Team RLL trailer, though I’d arrived later than planned and the pair of BMW M3 GT’s had begun their practice laps around the 2.54 mile circuit the burble and shriek of the P65 engines could be heard echoing off of the surrounding trees. No doubt the drivers working to memorize their late braking points for the vicious turn 10 and the blind, rollercoaster-esque turn 12.

After the practice session, I managed to cut my way through the dense crowd and reach the twin M3 GT’s, parked along the front straight, accompanied with a handful mechanics and communications staff to field fan questions – the drivers more than busy signing autographs and greeting appreciative fans. In the few moments before the race I was able to get a feel from the team their overall strategy for the race. The strategy? No change from previous races – push as hard as possible, just because the driver and team championships were wrapped up there was no sense in leaving an additional points on the table for the sake of playing it safe.

And push they did. The pair of M3’s qualified 2nd and 3rd for the GT class – Dirk Muller having been robbed of a legitimate lap towards pole position and a critical ILMC qualifying point as he was inexplicably handed two black flags during qualifying thereby ending his charge. Despite this – the BMW’s came out swinging with the Dirk Werner pulling out an early lead on the pole position AF Corse Ferrari and then a change-up in pit strategy for Joey Hand causing the #56 car to temporarily slip down to P9.

While the M3 GT’s battled out their last fight of the season I managed to slip away and talk with the Dunlop engineers tucked away at the back of the paddock. Here, Dunlop’s team refurbish and modify tires to the specification of the Dunlop engineer embedded with each car. To do this, the engineers have an assembly line to remove the tire from the rim and check it for leaks and faults before reapplying a fresh tire to the rim. Dunlop would have to do this for over a dozen teams, some fielding multiple cars, for at least two-thirds of the race. Their record for turning tires around? Nearly 1 tire every 60 seconds. It seemed to be a somewhat thankless job, hidden away in the back of the paddock, away from the action but the Dunlop team was what kept the M3’s grounded, literally.

Seeing this spoke to a greater sense of teamwork across BMW Team RLL and what it takes to reach the top of the ALMS. All of the hard work and late nights of the engineers made more sense than it ever had before. The drivers and their double-stints and hours of testing and refining the setup was only part of the equation. What made a winning team was a single, unified push for victory on all fronts from drivers cranking out the fast laps down to the tire mechanic hastily refitting new tires. This is where BMW & Rahal’s team excel – the details – and they do it very well and have the right people with dedication to get the job done. Incredibly, some of the team hadn’t been able to return home for months due to travel for races( and working in other series’) but in the 10 hours of the 14th Petit Le Mans, what was most important to them was driving the team as far on the grid as possible, making the quickest refueling or fastest driver swap – not just the quickest lap.

As the sun began to slowly fall behind the undulating tree Georgia tree line and on the 2011 season, the pair of BMW’s continued to push, even after a series of tire punctures, even after a handful of incidents with the Corvettes in Baltimore and Long Beach earlier in the season and even after poor rulings by race officials in qualifying, the team would not back down. When all was said and done, the two Dirks had brought the M3 GT’s across the finish line, with the 55 car in third and the 56 car in ninth, a strong finish to an impressive season.

BMW Team RLL have yet to announce their intentions, if any, for the 2012 season. With two championships under their belt in three years, one would have to think that it would be a shame for this powerful duo to not defend their title. We’ll be waiting with baited breath as to whether or not we’ll see an M3 contingency in the American Le Mans Series for 2012. 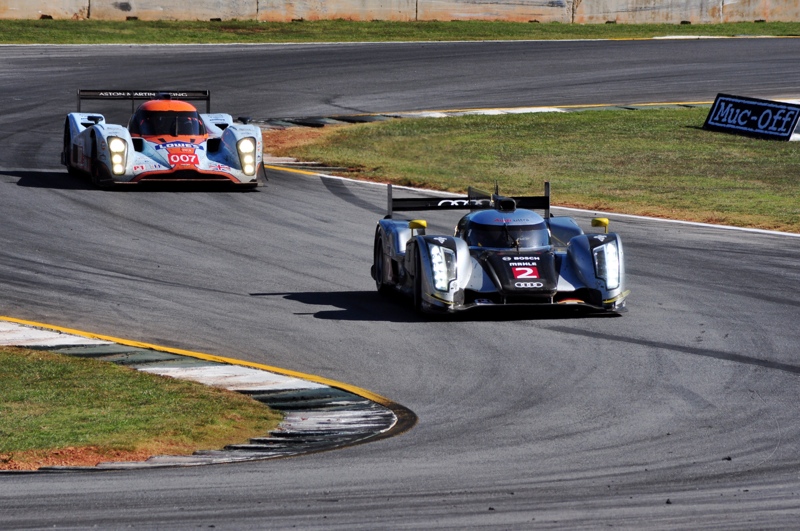 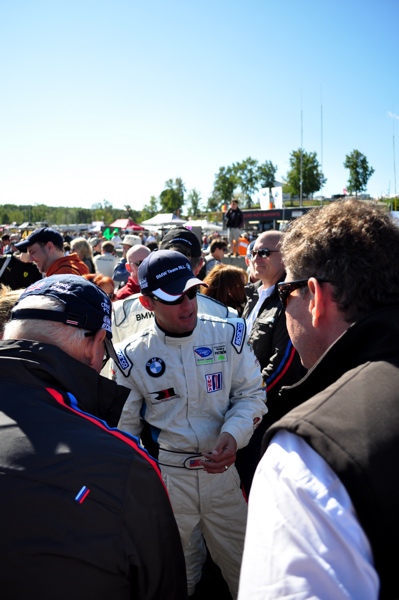 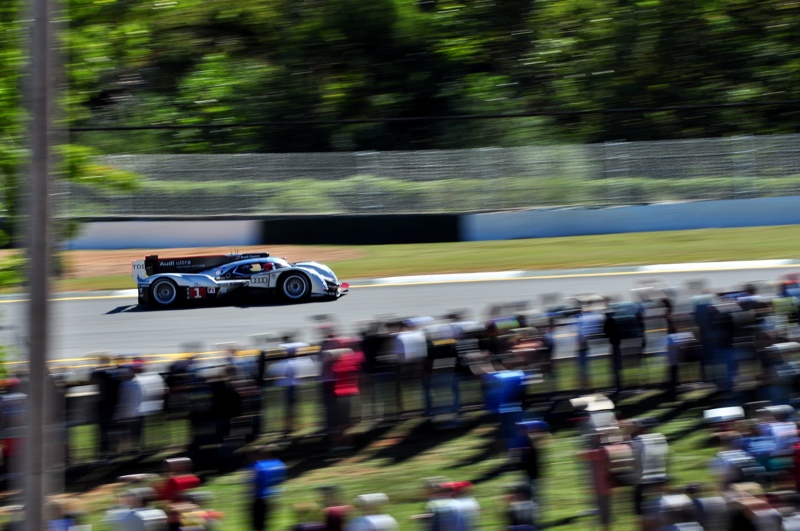 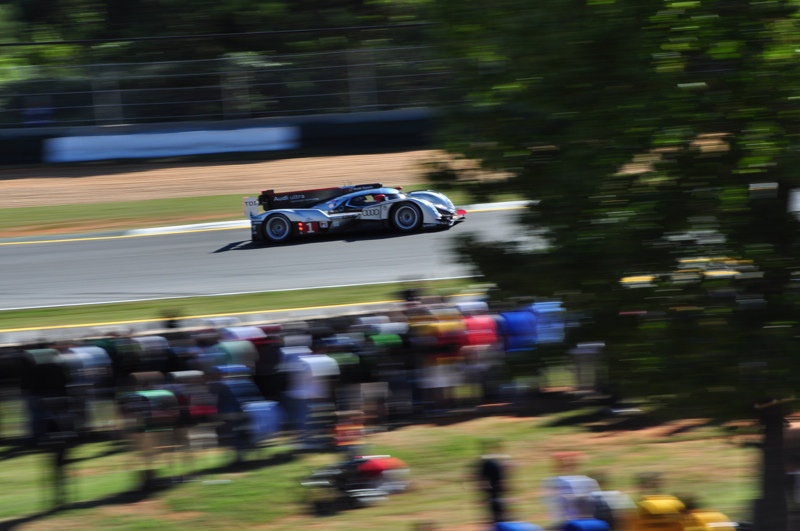 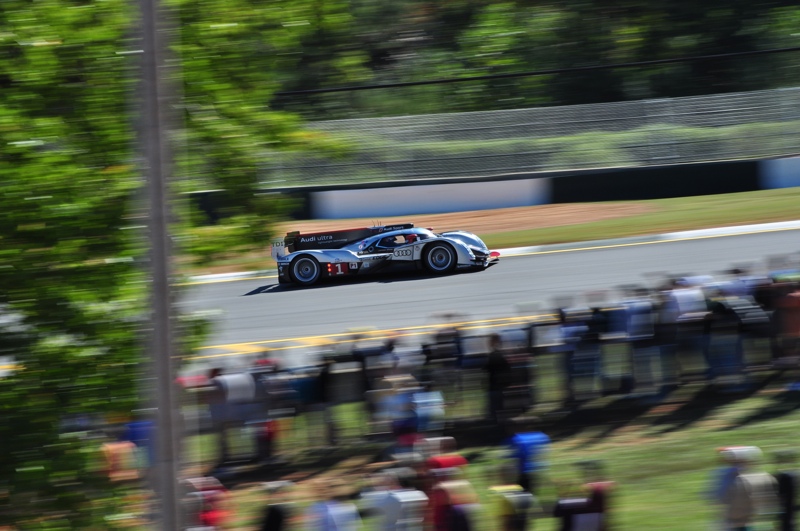 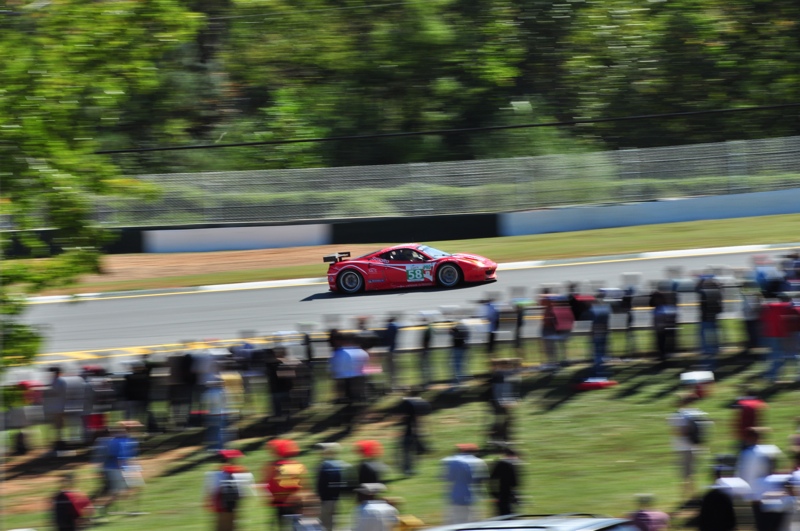