BMWBLOG continues the coverage from the 2011 Frankfurt Auto Show and at the end of a long day, we have a quick report from one of the largest car shows in the world.

They have similar operating characteristics but are less expensive. More on Bosch in the near future, BMWBLOG had a nice conversation with a representative of Bosch and will receive additional material in the near future.

Well, the Weismann paint scheme is over the top for some. The Bugatti Spyder shown here is another example of a designer going wild. You have to remember the scallop job Von Dutch did on a Mercedes Benz 300 SL to get a feel for what this is.

Top Gear made a living busting Dacia’s chops. But here is a Dacia with huevos, the Pikes Peak car. 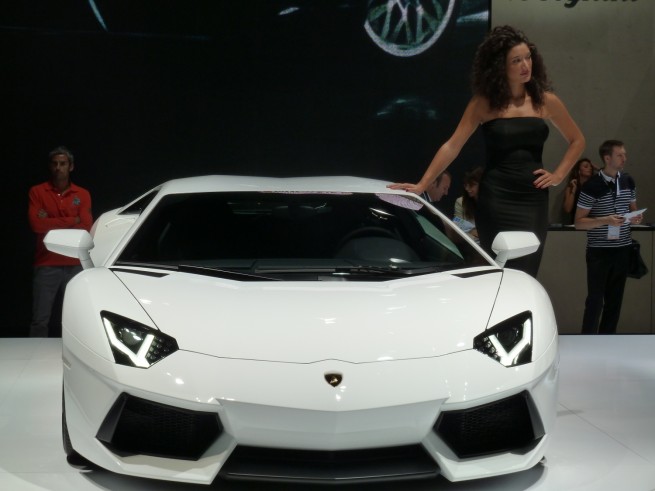 Back at the beginning of the twentieth century there was a moment where electric cars could have captured the market. But through a series of strategic blunders they disappeared (whereas steam cars disappeared because of complex maintenance). One Ferdinand Porsche created the hybrid car seen here, the Lohner-Porsche. Wonder how difficult it would be to balance one of the front wheels (with the electric motors in the hub). This is a huge car, see the gentleman standing on the back side to get an idea of how big it is.

And now an opportunity to tempt our editor. Here is Schnitzer’s 1M. The seats are absolutely wonderful!!

ZF had a cutaway of the new 9 speed automatic. There are four planetary gearsets one of which is nested in another (so externally you’ll see three planetary gearsets). Basically it’s a combined four speed and five speed transmission. It has four, count ’em, FOUR, overdrive ratios. First application in 2013. It is a FWD transmission only. And speaking of FWD, ZF also showed off a clever rear suspension that minimizes the space required (maximizing rear cargo capacity as a result). It utilizes a mono-leaf transverse spring as a key element. Think Corvette.

As promised, I spent time at the Skoda stand. Too bad they’d compete to closely with VW’s own products in the US, beacuse these are good looking (read conservatively styled) cars. And a cheerful staff at the display stands.

And of course no German auto show would be complete without a vehicle from Mercedes Benz.