Was the BMW X-Coupe ahead of its time?

Home » Rumors » Was the BMW X-Coupe ahead of its time? 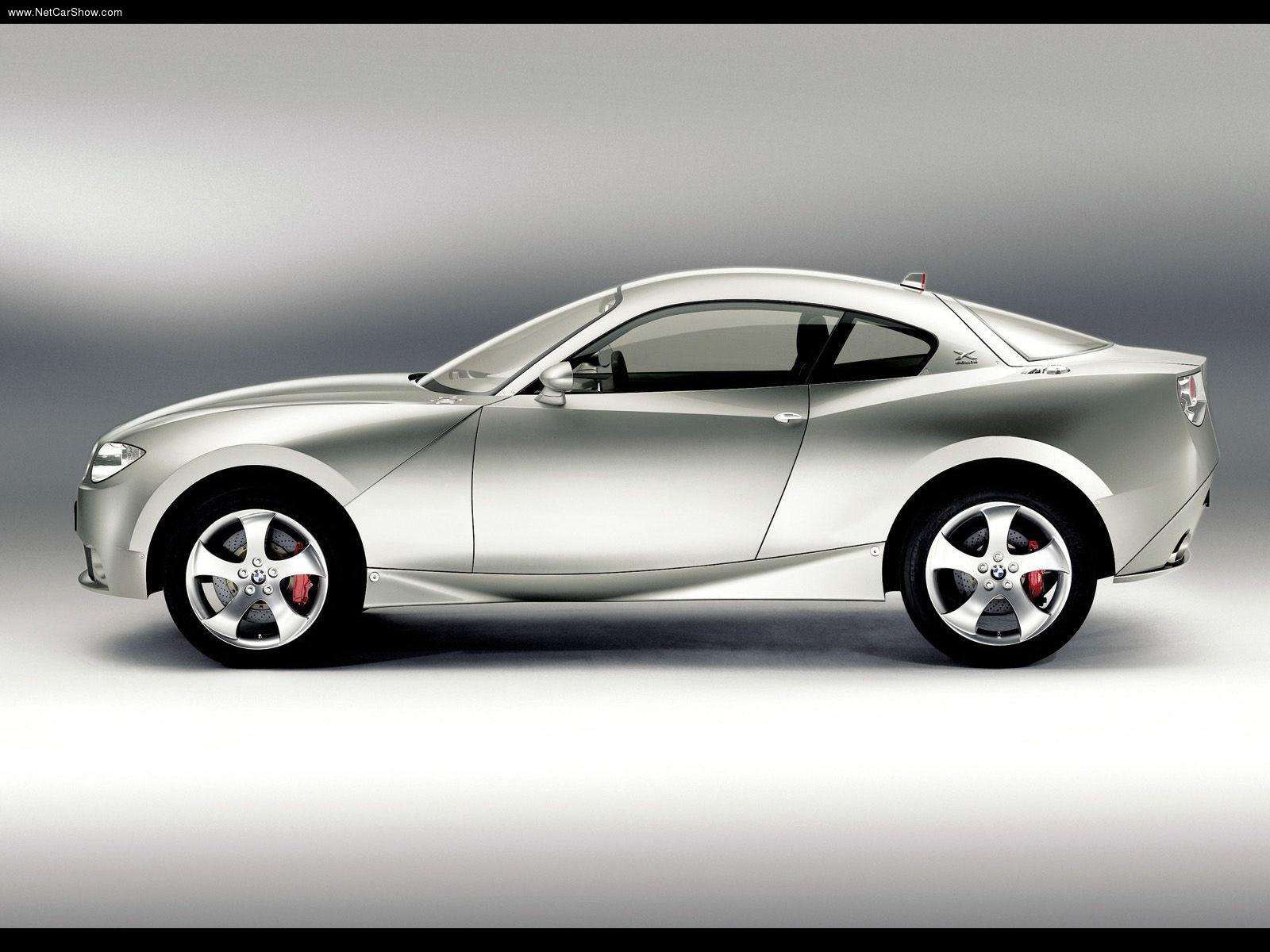 The usual suspect, Scott27, creates more controversy in the BMW world. In a long manifesto, the BMW insider talks about the 2001 BMW X-Coupe Concept. The X-Coupe was a concept car that made its debut at the 2001 North American International Auto Show in Detroit. Based upon the BMW X5 chassis, the X-Coupe featured an aluminium body and a 3.0 litre turbo-diesel engine.

The X-Coupe is said to have served as a foundation for the niche BMW X6 Sports Activity Coupe and it remain till today, one of the most admired concepts in the BMW Museum in Munich. 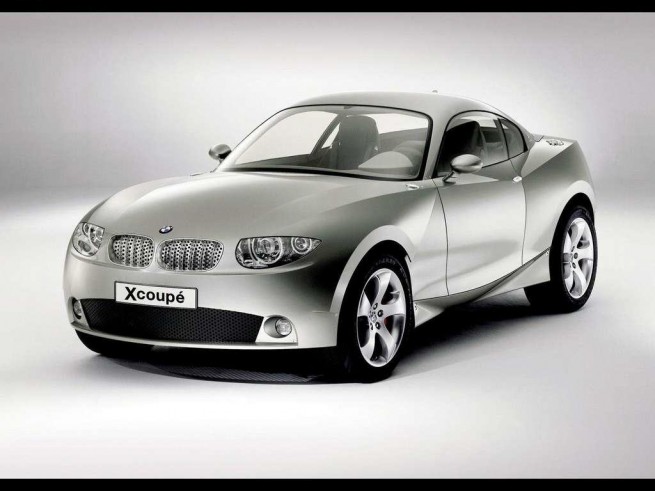 So why are we bringing up the X-Coupe ten years later? According to Scott27, and unverified with other sources, the X-Coupe might serve as an inspiration for four study designs, two of them being the rumored X4 and a new X2 Sports Activity Vehicle.

Without any further ado, let’s jump into this new highly speculative report.

Want to know the next big thing in the Premium market? Three factors – All Wheel Drive , 3dr Coupe body and a Commanding driving position.

BMW have now initiated a brief for a potential sportier 3dr in the mold of the original Xcoupe Concept car.
Porsche are moving quickly on their Cajun , Range Rover have the Evoque and now BMW are looking into the potential of a model which was first shown ten years ago…

Back in 2001 it was the uncharted territory , some received the concept as innovative , creative and employing fresh-thinking. Others used it as ammo as hate against BMW’s then design boss Chris Bangle.

Even though the Anders Warming designed body led to the BMW E85 Z4 a car that still looks good today even with it’s origami surfaces and original appearance.

Xcoupe was created as a “Sport Activity Coupe” The project initially begun before the current X6 was conceived. As the original prototype looked more like a high-riding 6er Coupe , Before the morphing into the X6 as we know it.

Xcoupe used the X5’s platform and drivetrain but on a 3dr body , unfortunately testing clinics made BMW revert the car to more standard luxury fare therefore making the car more conventional and with four doors to reflect the potential Xcoupe customer. The logical naming was deived from the fact that it is X5 based that it is the next step-up from the X5 therefore it became the X6.

BMW was the first with the idea for a “Premium” Sport Activity Coupe but the changes took the car into a new direction as the E71 shows. But now especially with several manufacturers now testing the water such as the Range Rover evoque and the Porsche Cajun fast approach as interpretations of 3dr Sport Activity Coupe’s. BMW are thinking that the original Premium concept can be resurrected as it always intended to be. With a Commanding driving position , all-wheel-drive and a sportier 3dr Coupe profile.

As the original Concept was borne from the X5 drivetrain , BMW are looking at basing the initial study on the more accessible compact and entry modular platform rather than a larger platform for a Premium Coupe.
But to illustrate it’s potential through design and dynamism, BMW are thinking about equipping it with the technology to make it a real contender on the road and against the Cajun in particular. So larger features such as Dynamic Performance Control, and a Turbo inline six- could be configured for the car.

The brief for the Interior packaging and design is said to favour 2+2 seating although the rear seats will be individually placed. The rear trunk has to be a common Coupe-esque hatch although there is a suggestion for a single rear-hinged door on one side to showcase some extra practicality. 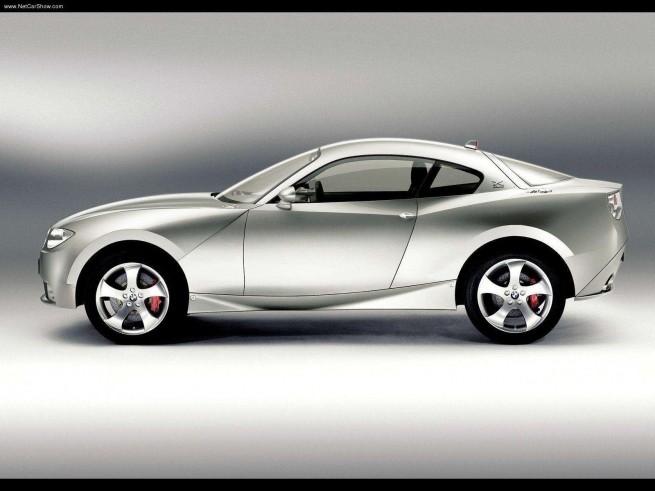 Although the design work has commenced , BMW are looking for two specific factors in the competition, A 3dr Coupe -outline and stand-alone design representation.
The design brief sticks to a specific set of measurements which means it is in a specific segment. They want it to mix ideas with the Z series and the X series – a Hybrid. it is known internally as “K” or Half “X” .

Although what to call the car? If they get to the final stage – there is four contenders – X2 therefore completing the X synergy, The K2 initiating a new segment using the Half “X” , “Y” as between “X” and “Z” or simply just Xcoupe.

Now if you went into the design studio in Munich at BMW’s FIZ complex , and you pulled the cover off of the clay model of the X4 this is what you would be looking at. Although it is a render, the artist has tapped into how BMW can develop the X4 from the X3 and the simularities are uncanny. Right down to the features , height and the shape of the roof.

But yes, BMW do want an X4 as they see the car as very important for the Premium entry segment on two important factors both signifying growth.

The first being that BMW see the X4 as a choice for customers who want an X6 but find it too big and too expensive. And second there is a large market for previously owned X6 models which would mean X4 could be more accessible for these customers. X4 would inherit both BMW’s Premium entry Petrol and diesel four and six cylinders making the car accessible for a lot more customers who crave the looks of a sport activity Coupe like the X6.

But what happened with the original based on the F25, X3 strategy?

It’s problems came in packaging and because X4 was the little brother to the X6 it would be engineered to be very different dynamically and use some of the X6’s tricks and some new ideas that were being developed for the X4 which will be seen with the M version of the X3.

Unfortunately some of these features impacted on the packaging of the car , compromising rear passenger room .The rear suspension for example and the overall track of the car was much wider , X4 also had to overcome changes so that the exhaust system would be able to extend to both sides of the undercarriage.

The X4 would have received an updated dynamic performance control as it’s dynamic party trick ,but there was also hybrid drivetrains to consider and in the end the compromise was on passenger space at the rear.

The silver lining is that the X5 and X6 replacements come from a new modular matrix aimed at impacting a significant weight difference on the new X5 and X6.

This new platform matrix again is modular and adapatable which means it can be used for an X5 and then with the modular pieces that can either be added or subtracted be reduced to fit under an X3. One common matrix that is modular will also be cost-effective for production , especially in a
single plant (Spartanburg) where the X5,X6,X3 and X4 would be manufactured for the global market.

Despite some factions of the media. The X4 was never coming to Frankfurt this September, or arriving next year. For the X4 it was always around 2014.

What will happen now is that engineers are working on a transfer programme with the next generation matrix and the designers will start to think of a new facia for the car since the arrival of the X4 would mean the approach of mid-life for the F25 X3.

Therefore the new X4 should lead the design charge to the next generation X3. So in essence it will showcase an individual look until the arrival of the next generation X3. The delay is not going to be that long in fact it is almost on schedule with anticipated launch around 2014 and remains in BMW’s strategy as one of the “20” – New models before 2015.

If you go back to before the arrival of the E53 X5 and then to the arrival of the E53 X5 you see a significant increase in sales and BMW’s profits. With the arrival of the E83 X3 , E70 X5, E71 X6 ,E84 X1 and the F25 X3 you see the bars risng further . The “X” family although universally hated by some, has been very profitable for BMW and are very much huge contributors to it’s success. Each X model globally showcases and continues it’s sales popularity with BMW X models leading their respective segments as the best sellers and best models in their class.

Expect Xcoupe (if approved) and the X4 to further their appeal and increase BMW’s sales and profitability.

Our take: Simply a speculative report at the moment with many questions leading to no answers and a questionable roadmap by BMW. While BMW niche vehicles will continue to increase and evolve, the introduction of several X-based models does not seem to align, in our opinion, with the future plans of the brand.