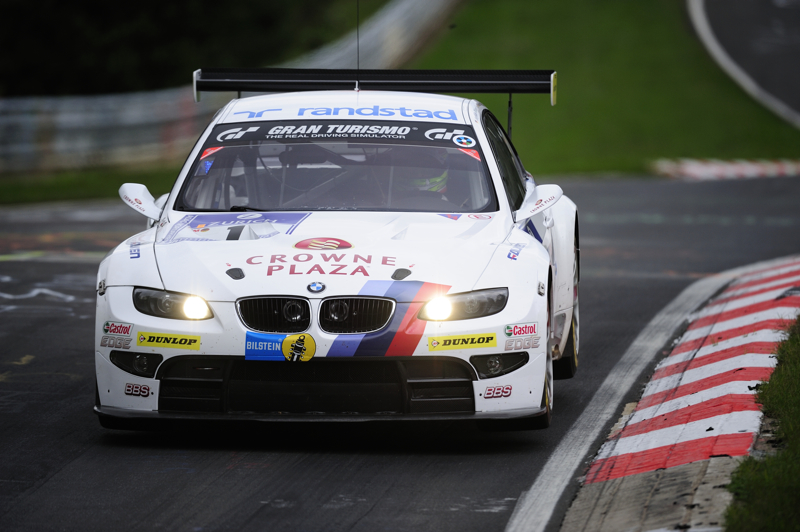 Our own Horatiu and Shawn are in the enviable spot of sitting live trackside for the 2011 24 Hours of Nurbrugring as the M3 GTs battle for the title in the ILC. We’ll have more from Horatiu and Shawn but for now we have a full press release from BMW Motorsport on their strong qualifying result!

Nürburgring, 24th June 2011. Mission accomplished: This is arguably a fitting description of Team BMW Motorsport’s second qualifying session for the Nürburgring 24 Hours (DE). Both BMW M3 GT cars managed to improve their lap times compared to the times set in Thursday’s first qualifying, and now find themselves in promising positions for the endurance classic in the Eifel Mountains. Dirk Müller (DE) posted the fourth-fastest time at the wheel of the no. 7 BMW M3 GT in 8:27.430 minutes. Augusto Farfus (BR) clocked a lap time of 8:27.915 minutes at the 25.378-kilometre track, finishing fifth. 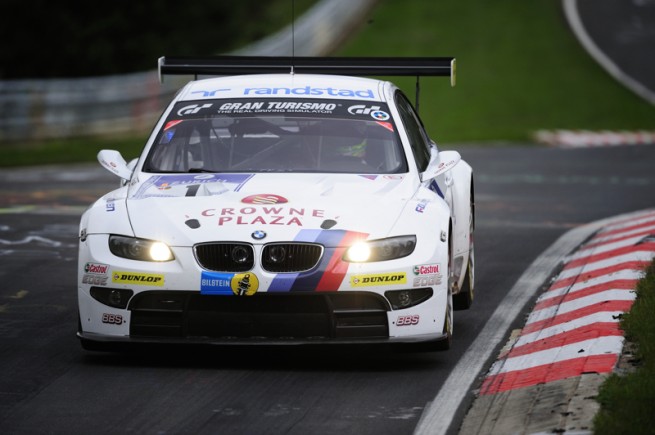 While Farfus set his time, which was almost nine seconds faster than yesterday’s, on his very first lap, Dirk Müller qualified the no. 7 car shortly before the halfway point  in the two-hour session. Although it had started raining on some parts of the circuit, the German kept his cool and had regained his confidence following the accident in qualifying 1. Following a heavy rain shower, the track dried out by the end of the session.

In the race, which gets underway on Saturday at 16:00hrs local time, Dirk Müller will share the wheel of car number 7 with Dirk Werner (DE) and Dirk Adorf (DE). Farfus will drive the second BMW M3 GT with his fellow 2010 winners, Jörg Müller (DE), Uwe Alzen (DE) and Pedro Lamy (PT).

Charly Lamm (Team Manager):“We are completely satisfied with this result. Following the eventful qualifying session on Thursday, we didn’t encounter any problems today. We are now in a promising position for the race. The weather might also be changeable during the race. However, for the fans I would hope for stable conditions. Then the race would also unfold more naturally, but we will take it as it comes. Now we are determined to complete the 24 hours at the highest level. Where this will put us in the end, we will only know on Sunday afternoon.”

Dirk Müller (car number 7): “After the difficult session yesterday, it went very well for us this time. It’s never nice for a driver to cause work for the crew by being involved in an accident. I think I gave the right answer with my lap today. The timing was perfect.  When I started my lap some rain was falling, and I was a bit worried that it could quickly get heavier and destroy my lap. But in the end everything worked out fine. We can be quite happy with our grid positions. Personally this result gives me a boost, but most importantly I’m happy for the guys who did a great job.”

Augusto Farfus (car number 1):“At the beginning of the session track conditions weren’t optimal, but I had a clean lap. We managed to take advantage of this and improve considerably compared to Thursday. I’m happy the team put its trust in me, so I could do the first qualifying stint again. P5 is a good grid position for a 24-hour race. I think we are well-prepared for the start.”