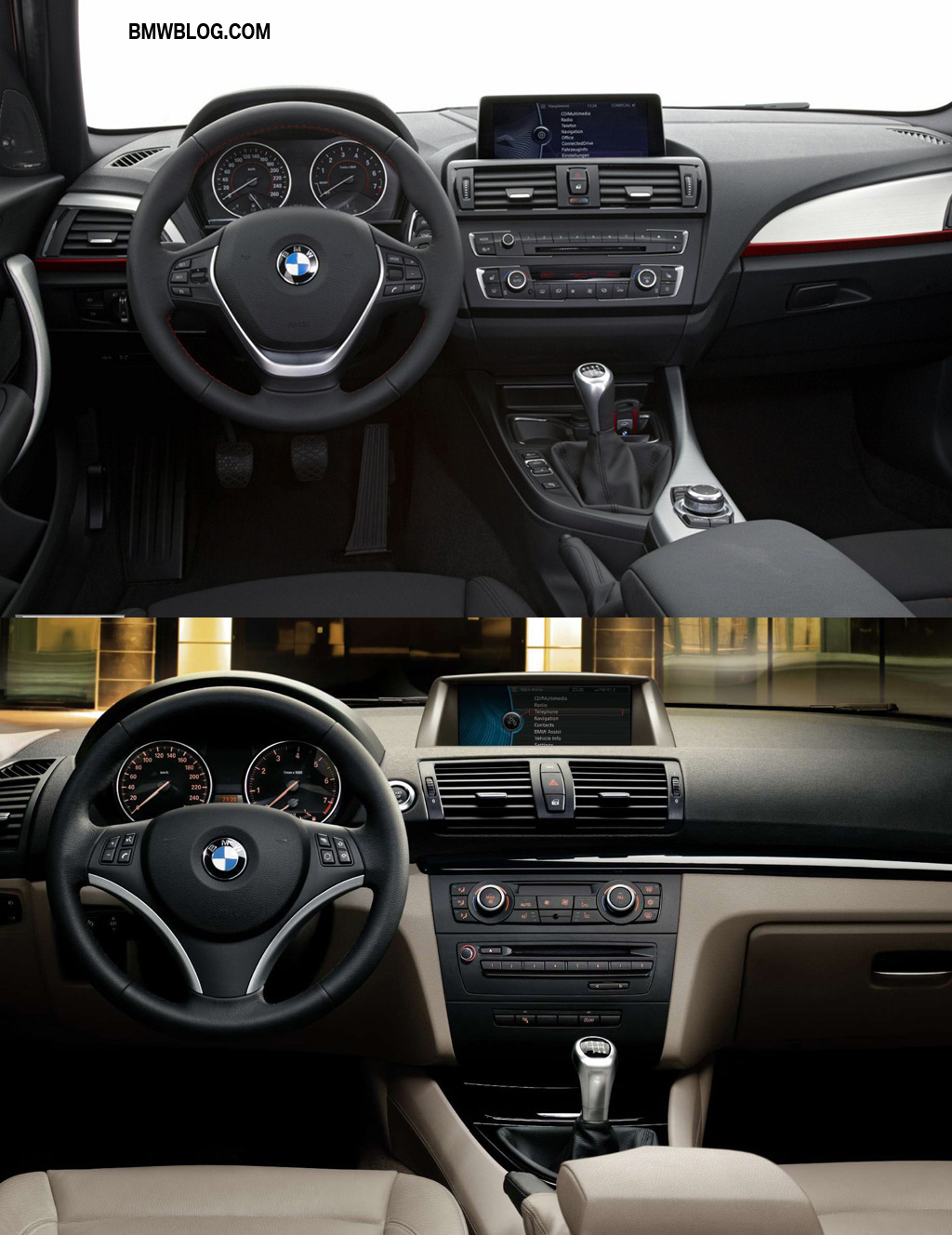 The new 2012 BMW 1 Series is shaping up to be one of the most controversial BMW designs in the last few years, even passing the 5 GT. The new premium hatchback was unveiled earlier today with a new, revamped, and somewhat odd exterior design.

In its second generation already, BMW is going to face extremely competitive models from Volkswagen group, the VW Polo and Audi A3.

But how does the new 1er compare to the E87 generation?

Styling wise, the F20 1 Series follows the design language initiated by BMW back in 2009 when the new 7 Series came to market. The car features a bold front that aims to stand out with what we believe are a pair of oversized headlights surrounding a flat and smaller than expected kidney grille. The hood sports the creases seen on all the new BMWs and facelift models.

From the side, the usual character line flows from the rear to the front end, and on its way it creates a series of convex and concave shapes.

In the back, the taillights are a bit too busy for our taste with an integrated LED L-shape. The car continues to feature a similar hatch-look as the previous generation with a lower positioned trunk and a a more emphasized trunk-lid.

Inside is where the new F20 really shines. The interior upgrades are bringing back the premium feel and touch, along with the usual driver oriented position. The Sports line of the new 1er stands out even more, with beautiful red accents inserted and gorgeous dashboard and gauges. 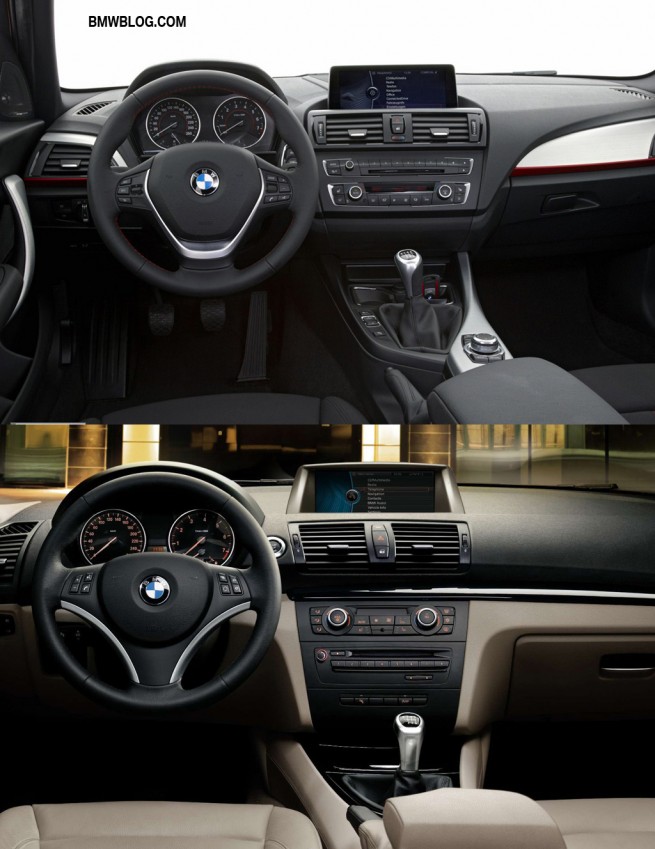 But as always, we will let you be the judge through our photo comparison below. 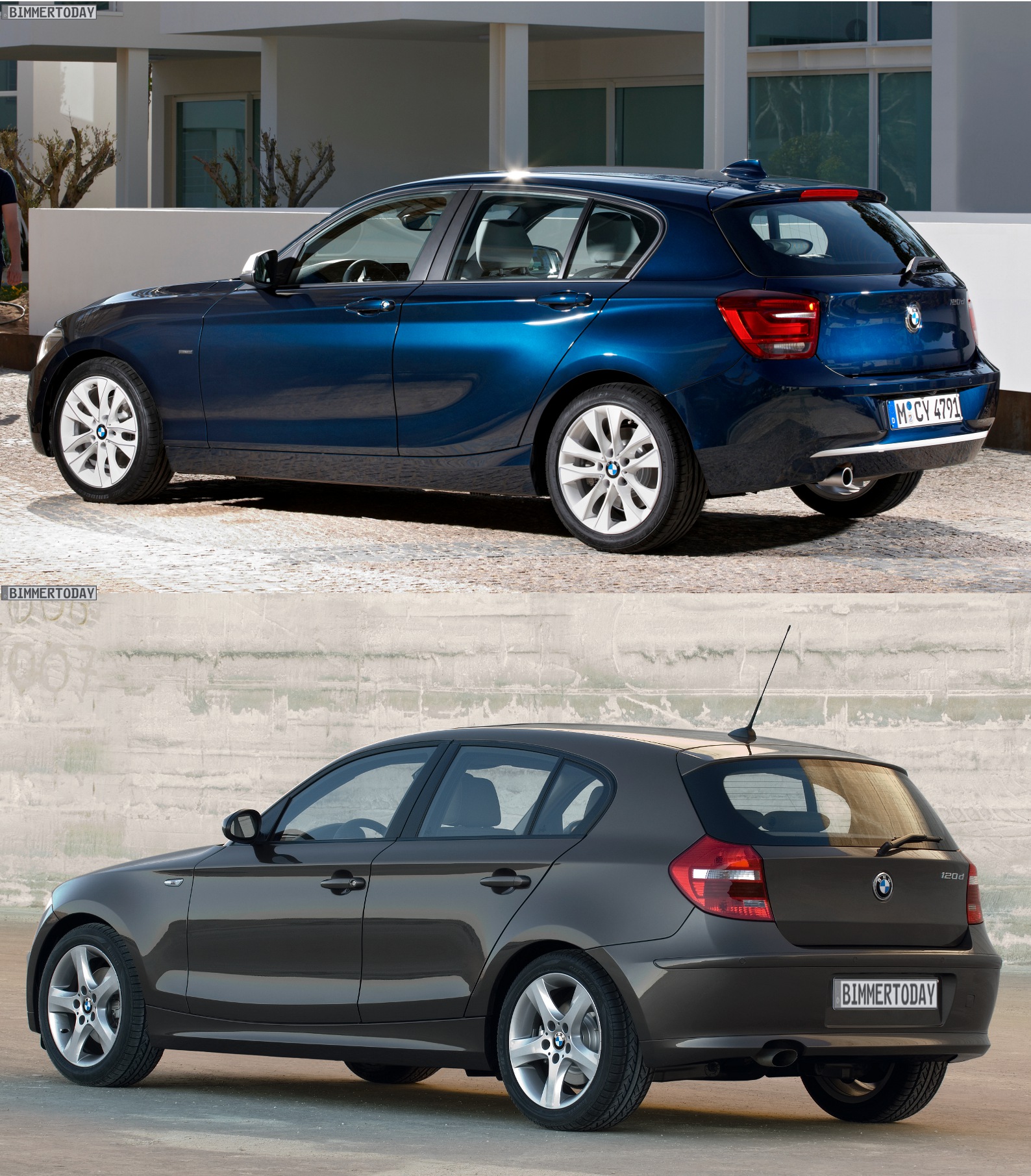