G-Power lives up to its reputation as the tuner with the most impressive power upgrades. After breaking record with several M3, M5 or M6 models, the German tuner takes the limited and special BMW M3 GTS to a new level. In January, the company said it will give the M3 GTS over 600 horsepower and that the power upgrade will extend to 720 horsepower.

In an intermediate phase, G-Power gave the GTS 635 horsepower and took it to the famous Hockenheim race track. Without any changes to the chassis, the G-Power M3 GTS reports a 1:11.8 time around the track, considerably faster when compared to the standard 450 hp M3 GTS (1:12.5 minutes).

To learn more about the G-Power BMW M3 GTS, see the press release below. 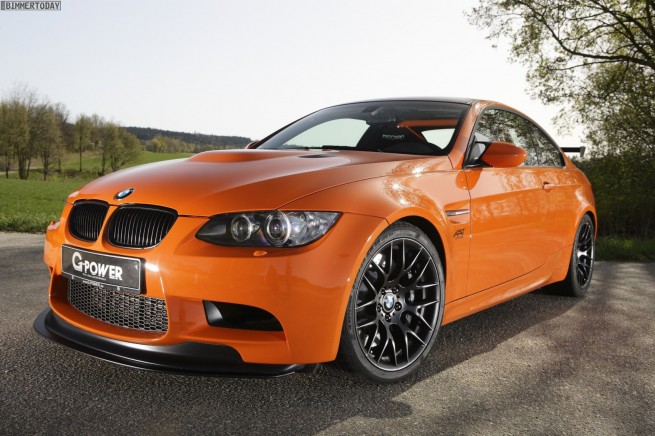 Club sport events are enjoying increasing popularity across the world. These events have traditionally been dominated by Porsche vehicles. Then, in 2009, BMW decided to stop ignoring widespread customer demands for a base vehicle for use in club sport events and unveiled the Project M3 GTS. Delivery of the limited run of 150 units was scheduled for early 2010. However, it took until the end of 2010 for the first vehicles to reach customer hands, of which 3 found their way immediately into the G-POWER workshops.

Although the BMW M3 GTS differed from the base M3 in virtually all parameters relevant to motorsport – adjustable aerodynamic body components front and rear, 100 kg less weight, a modified suspension and brake setup – the power increase of 30 hp to 450 hp turned out to be somewhat reserved. This is particularly so, when you consider that the Porsche 911 GT3 RS with the same output has to move only 1,370 kg (DIN). Against this, the 1,530 kg (DIN) of the BMW M3 GTS seems almost flabby. 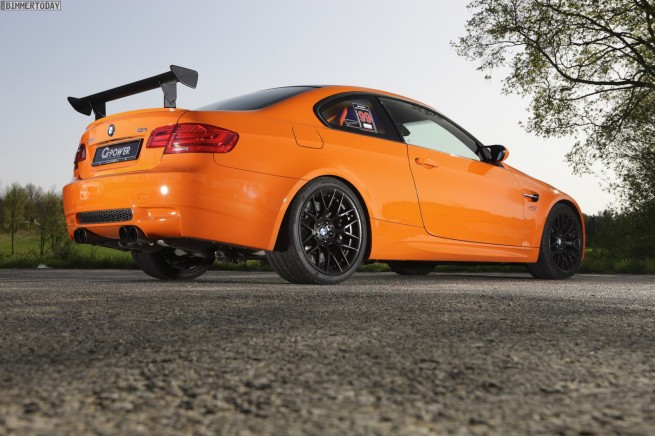 Luckily for all ambitious club sport drivers, G-POWER is able to resolve this shortcoming. With our more than 25-year experience in the BMW sector, we are still the world’s number one address when it comes to supercharger systems for BMW vehicles in general and M models in particular.

A version of the renowned and globally proven G-POWER M3 “Sporty Drive” supercharger system, adapted specifically for the BMW M3 GTS raises the standard output from 450 hp to 635 hp and 630 Nm of torque. The high-revving V8 power unit from M GmbH, with a 10% greater displacement of 4.4 l, has proven itself as the ideal starting point for the forced induction technology practiced by G-POWER with ASA superchargers. These are used not only in the ALPINA B5S, B6S and B7S models, but also in the ALPINA B6 GT3. In ALPINA’s works race car, the ASA supercharger has already provided impressive proof of its reliability and quality in competition over a distance of 3,500 km through the “Green Hell” – at the 24 Hours of the Nürburgring. The exclusive application of OEM-quality components is a fundamental element of the G-POWER philosophy and the basis for the exceptionally high quality, reliability and durability of G-POWER products. 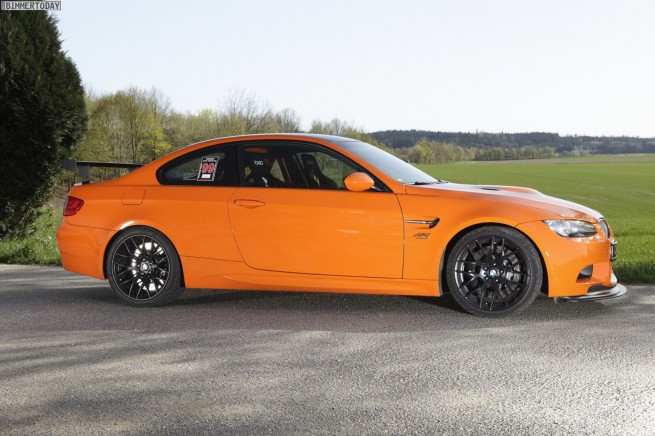 On the exhaust side, a lightweight, all-titanium exhaust system made by G-POWER delivers the necessary reduction in exhaust back pressure. The exhaust, developed specifically to suit the requirements of the SK II supercharger system, is equipped with 100 cpsi metal catalytic converters. The engine control unit software, which controls the setup for the V8, was also developed by G-POWER for the BMW M3 GTS. Naturally, the hardware of the G-POWER M3 supercharger system has a weight loss program of its own – if desired, the large G-POWER airbox can be ordered in lightweight carbon-fiber. 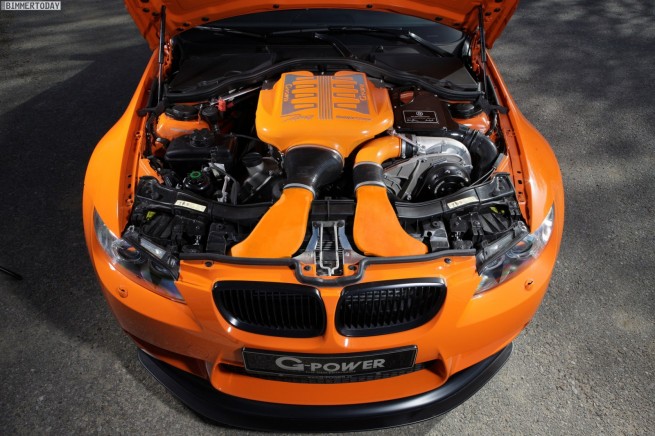 The performance figures, too, are designed to drive fear into the hearts of the competition. The G-POWER M3 GTS with 635 hp completes the standard sprints from 0-100 km/h and 0-200 km/h in 4.2s and 11.9s. Top speed is 323 km/h. These figures have been clocked by the German car journal “sport auto” during their latest test of the G-POWER M3 GTS that will be published on Friday May 20th.

Further modifications to the series-production suspension and wheels of the BMW M3 GTS were not undertaken, as the standard M-GmbH setup already guarantees perfect balance and race-ready handling. It was only the shortage of power that was preventing faster lap times. With 635 hp, the hunt for lap time records is now on, like the “sport auto” has proven with a new fastest lap for BMW M3s on the Hockenheim circuit. It took the G-POWER M3 GTS, equipped with MICHELIN standard street tires, just 1.11,8 min to complete the lap.