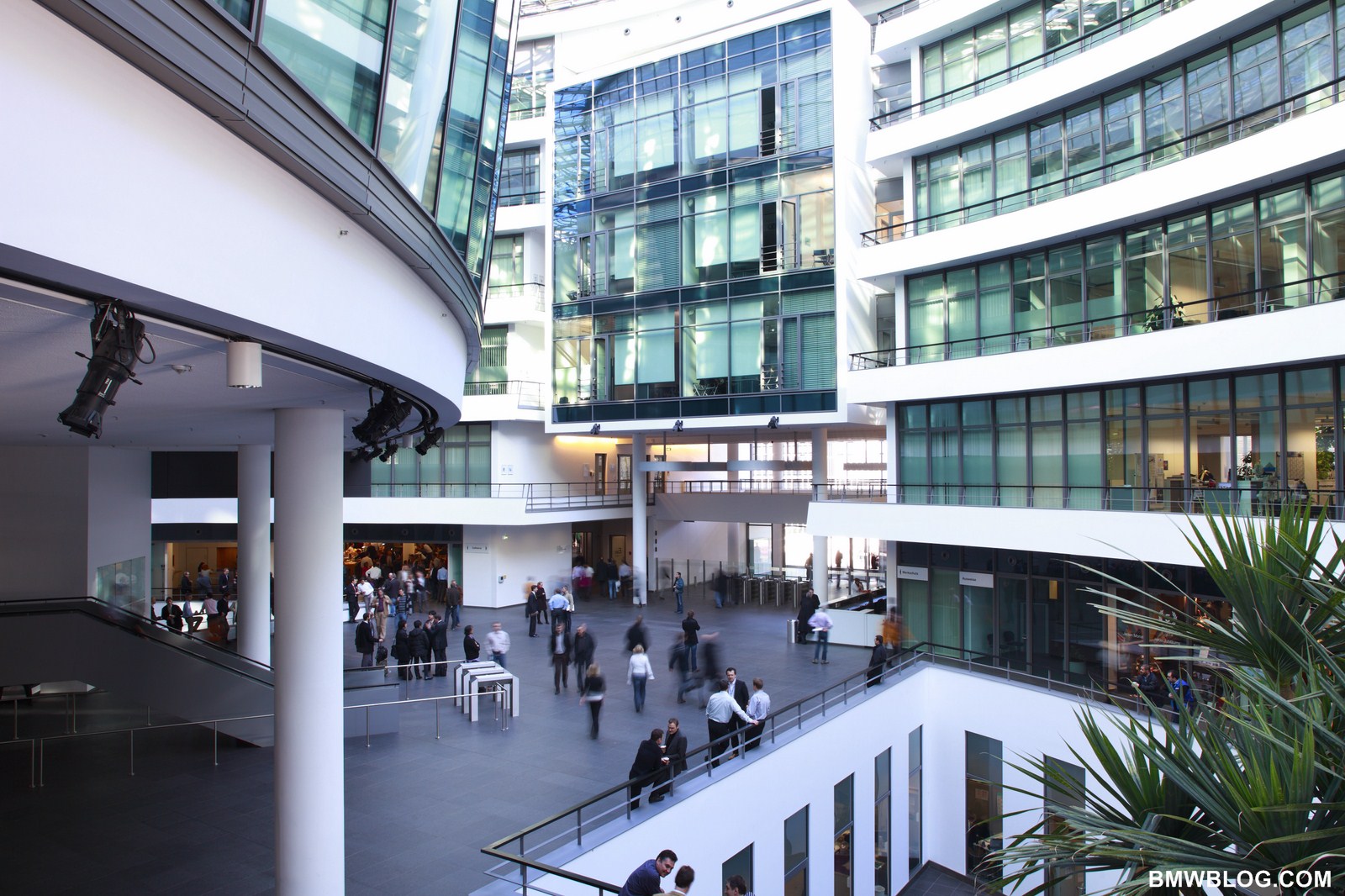 Munich, Germany – If I may steal a riff from Top Gear, BMWBLOG recently visited the top secret BMW Forschung und Innovation Zentrum (Research and Innovation Center), which is approximately 100 yards from the south entrance to the Am Hart U-bahn station on Knorr Street (actually bounded by Schleissheimer Street on the west, Knorr Street on the east and a fairly stout looking police complex to the south on Max Diamond Street).

It’s a bit of a puzzle palace with fairly tight security (visitors surrender their passports in return for a ‘Besucher’ badge). But then this is the very heart and soul of the engineering concern that is BMW. It is the equivalent of, say, Bell Laboratories’ campus in its heyday. It also spreads through a number of interlocked buildings and alleyways, all access controlled and under constant surveillance. Oh, and absolutely no cameras are allowed (so I didn’t even bother putting it in the pocket). 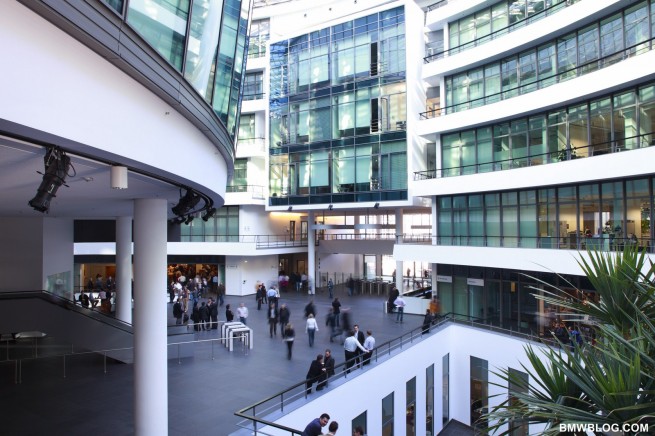 The facility grew out of the need to consolidate engineering personnel from a variety of locations in the greater Munich area into a single location a quarter of a century ago. A large block of land was set aside which is not far from the HQ building and many of the works facilities – not to mention that police fortress on the corner (I wonder if any misbehaving visitors end up there).

Looking at the FIZ using Google maps you’ll notice a series of Lego like building blocks in the northeast portion of the campus. There’s a reception building, an airy main building and what would appear to be an industrial complex just north of the main building.

And it is in that industrial area that BMW production processes for new vehicles are refined, amongst other activities. It’s a rabbit’s warren of corridors, vehicle sized doors, and closed off spaces. Doors are often shut prior to visitors gaining access to an area.

The tour, provided by Frau Haehle, started with an overview of the complex and some background history of the facility and a question regarding what we wanted to see. Everything of course, but unfortunately not everything can be on a two hour agenda. But we did see quite a lot in the time we did have. 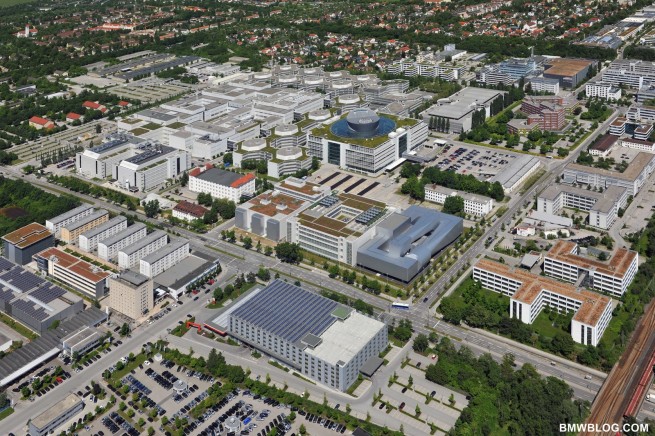 I did mention to Frau Haehle that I was interested in how BMW managed the sounds heard in the vehicle (exhaust, intake, etc). The underlying thought was how BMW ‘worked’ the new N20 four cylinder to provide a premium engine note. And luckily Frau Haehle has a good friend in the audio group.

The control room for the lab looked like a recording studio, a mixer, studio speakers, assorted computers and the like which vied for attention on one side of the glass, but on the other side of the studio glass stood what caught my attention. There, separated by the studio window and a door was a B-pillar forward 3er (think it was an E36) rigged on a three-axis motion simulator with a surround screen in front of the hood. This is the audio simulator!

This is what BMW uses to validate the aural experience the buyer will experience. The cockpit of the simulator contains a controller that allows the tester to switch between various audio inputs. When they turned the keys over to me I had the option of selecting 7er, X5, or a Z4’s output on a programmed test loop. The simulator used feedback from transmission (an automatic with paddle shifter), brake pedal, and of course accelerator.

Turned loose and forewarned to avoid ‘crashing’, I promptly accelerated away from the pit lane, gathered steam towards turn 1, lost track of the visual reference to turn in and ‘crashed’ it. It was fun, let’s do it again! With that experience behind me, I had a chance to switch between vehicle sound tracks and it dawned on me how BMW optimizes the aural experience for each vehicle.

I like to think that two keys to BMW’s success as great grand touring cars is their suspensions and seats. I can now add a third dimension to BMW’s definition of comfort, the audible feedback and it’s impact on driver involvement and fatigue. They take this very seriously and it isn’t immediately obvious to a driver. But it is one of those, just below consciousness items, that can sour a person on a car for the long haul if not done correctly. A separator, if you will, between a premium and non-premium vehicle. 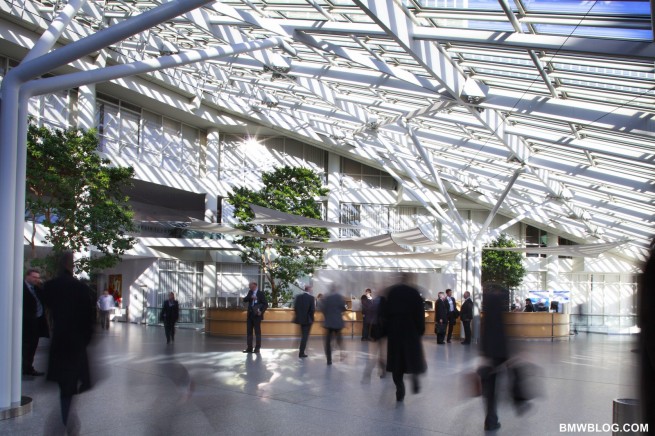 Wandering down a hall we came upon a rather large room (big enough to swallow a large truck) with what appeared to be anechoic tiles. Upon questioning it turns out they were electro-magnetic absorbing material. The lab we were in is used to evaluate electro-magnetic interference on vehicle electronics. More revealing was that it had a two axle rolling road that could be configured for specific wheelbases.

As vehicles become ever more dependent on electronic intervention and aids, their ability to withstand electromagnetic interference becomes even more critical. When you consider that there is a possibility of inter-vehicle communication on the horizon, you get an appreciation for the investment in a room like BMW has at their disposal.

But the truly scary part of the visit to the chamber was only revealed upon leaving. Going back through the door, it became apparent what forces could be unleashed in that space. The door was like a bank vault, and sealed tightly to the frame when closed. But the clincher to just how nasty those forces could get was the flexible copper stripping that surrounded the frame (that weren’t seen on entry). Good grief, they have to make sure nothing from inside escapes, so the whole internal structure has a clean path to ground.

Walking around in a corridor, the shape of the new i3 was plainly evident behind a tarp., with a bit of the body and chassis exposed. I can say that there are aluminum extrusions for rocker panels that provide some impact absorption to the battery tray that will be housed in the floor between the wheelbase of the car. The engine cradle was a three dimensional casting (aluminum) and the exposed bits of carbon fiber I could see looked good (based on some previous experience watching carbon fiber composites being laid up at a Formula SAE program). My fervent desire is for BMW to give us a new 700 with a sleek two seat coupe carbon fiber body and a motorrad engine in the back. Please, pretty please!!

A little further along and we’re in front of a chassis simulator that can duplicate the pounding a suspension will get over BMW’s European test facility and the Nurburgring. That the forces at speed can be programmed into the suspension simulator and left to pound out lap after lap without the need for refueling stops of driver changes (or waiting out treacherous weather) is a big plus. Still, someone is missing out from driving experimental BMW suspension setups on the Nurburgring.

A little further along and we come across a crash test chamber. But this isn’t for vehicles, but rather restraint systems. The purpose of this facility is to test the effectiveness of restraint systems when a sled is rammed into a carrier. This occurs before the restraint system is even considered to be crash tested in a vehicle.

It became apparent during our stroll through the FIZ that the place is under a constant state of construction, what with tradesman crawling over and under the place, reshaping it to the needs of an evolving industry. And one other item stood out, throughout the facility were reminders of where BMW had come from, via art and photographs displayed on walls.

We barely scratched the surface of what goes on in BMW’s R & D center and yet we had profitably worked an entire afternoon. Thanks to the graciousness shown by BMW’s Frau Haehle and the BMW colleagues we spoke with, I came away with a better understanding of some of the engineering attention to detail that goes into BMWs before they’ve been gestated. Hopefully, we’ll have an opportunity to do this again and report on additional aspects of BMW’s Forschung und Innovation Zentrum. 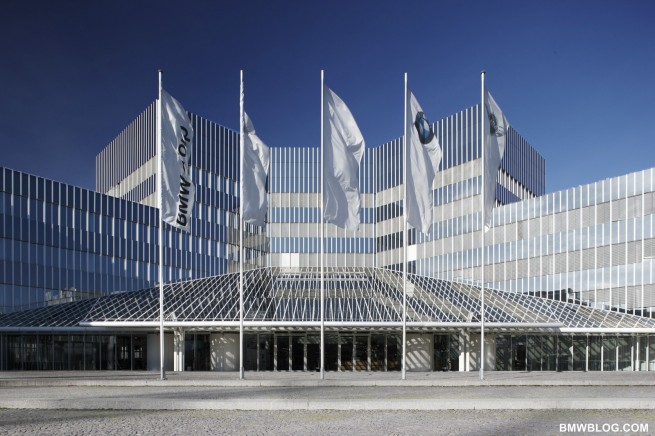