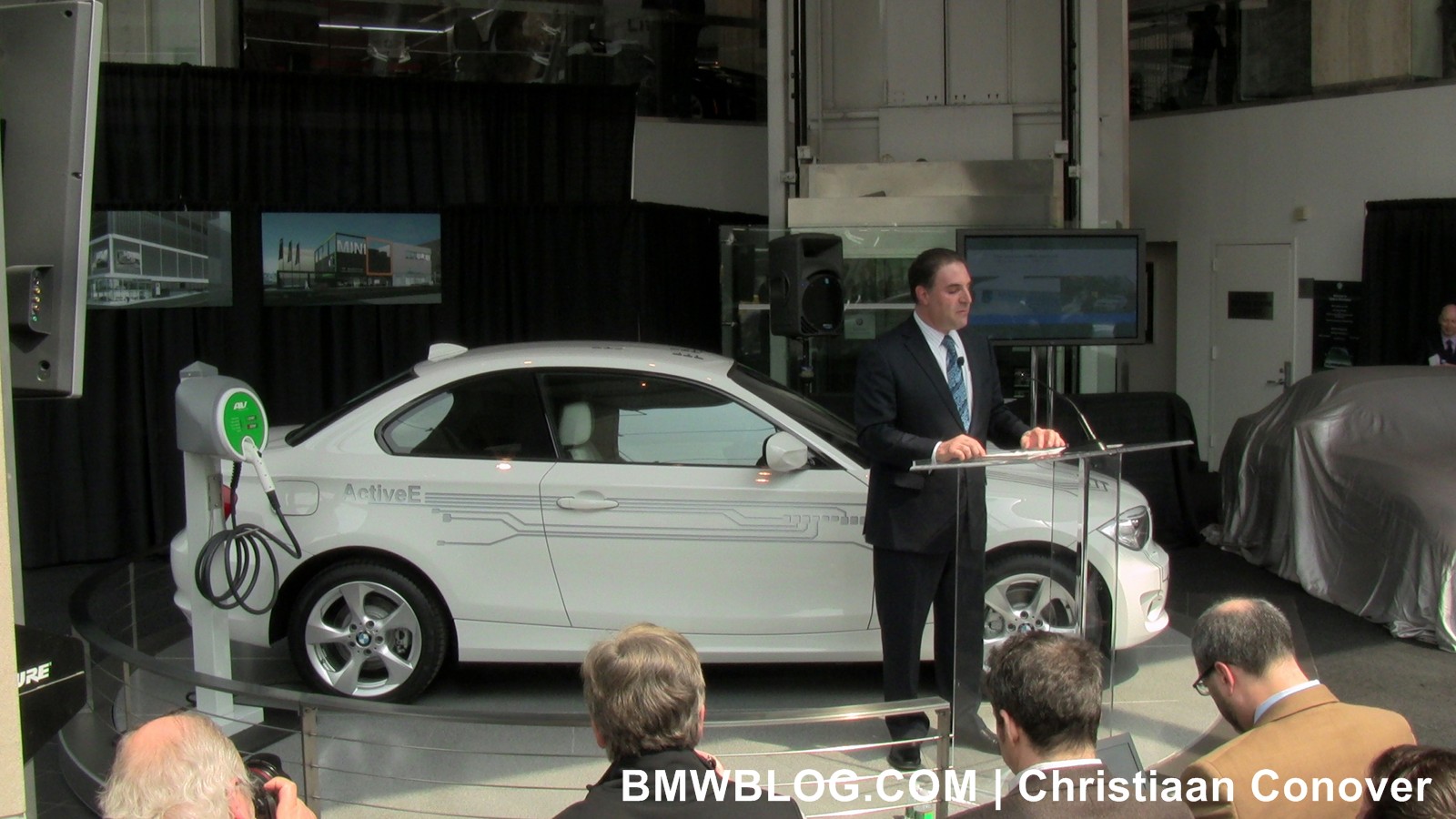 On Monday, April 18th, BMW unveiled the ActiveE electric vehicle. In a press conference at the BMW Manhattan store, Rich Steinberg, Head of Electric Vehicles for BMWNA, delivered a speech to the press describing some of the features and functionality of the new ActiveE.

ActiveE field trials start this fall in New York Metro, Greater Los Angeles, San Diego, San Francisco, Sacramento and Boston. Seven hundred BMW ActiveE vehicles will be offered through a 24-month lease for $499 per month with a down payment of $2,250. The lease owners will receive unlimited miles and the standard BMW warranty. ActiveE serves as a bed test for the 2013 BMW i3 which will feature several technologies deployed in the ActiveE. 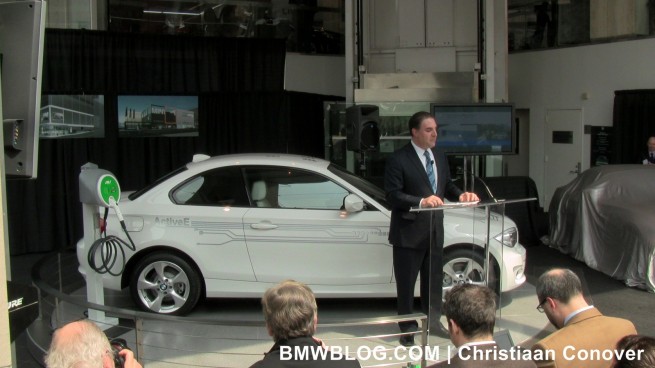 The exterior design of the BMW ActiveE is differentiated from the regular 1 Series Coupe by the power dome in the hood which provides space for the batteries located under it. The Alpine White body features silver “circuit-inspired” graphics on a blue background. A series of custom graphics will be offered to customers. Inside, the electrified look and feel is represented by several blue-illuminated design elements. Because there are no exhaust pipes, the rear diffuser is replaced by a closed rear apron.

BMW ActiveE uses a powerful electric synchronous motor. Maximum power output of the electric drive system is 170 horsepower while maximum torque of 184 lb-ft is available from a standstill, as is typical of electric vehicles and it remains available across an exceptionally broad load range. Top speed is electronically limited at around 90 mph. BMW ActiveE will accelerate from 0-60 mph in under nine seconds.

BMW also launches a new set of ConnectedDrive features in the ActiveE. With BMW MyRemote, BMW enables the user to access the extensive range of BMW ConnectedDrive functions via an app for the Apple iPhone (from 3G) and the iPad.

The reservation process for the ActiveE leases will begin in late summer 2011.