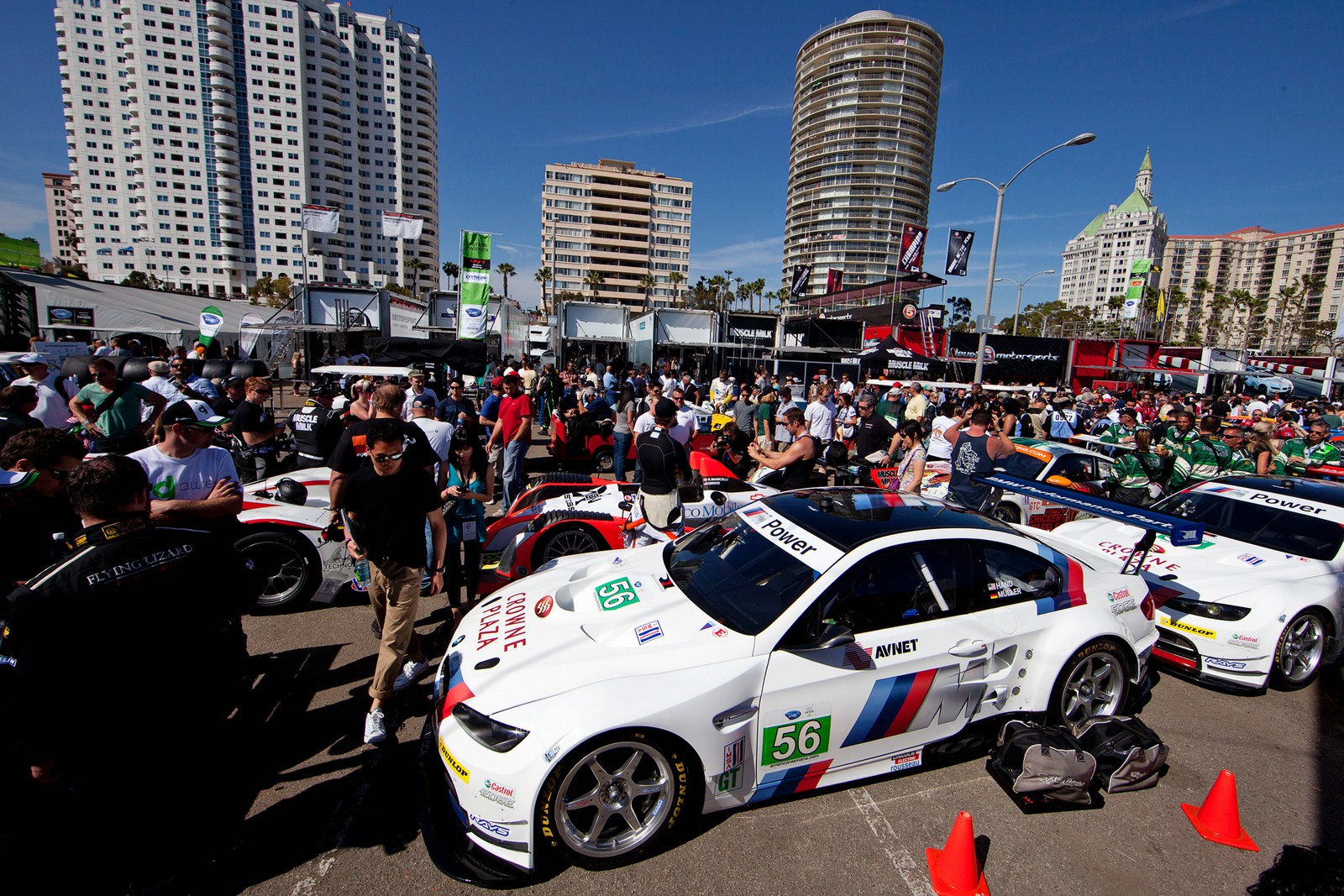 BMW RLL just scored the second victory of the 2011 ALMS season at the Long Beach track in California. Car No. 56 driven by Joey Hand and Dirk Mueller takes the win, while Car No. 55 comes on the 7th place.

Corvette Racing comes in second and fifth to score points again after Sebring. Yesterday, Joey Hand qualified Car No. 56 M3 GT on the class pole and No. 55 M3 GT of Bill Auberlen and Dirk Werner started third and directly behind Hand and Müller.

BMW RLL continues the domination started at the 12 Hour of Sebring and the revised M3 GT is heading full force for a new manufacturer championship title. Next race for ALMS will be the Northeast GP at Lime Rock Park on July 8-9. 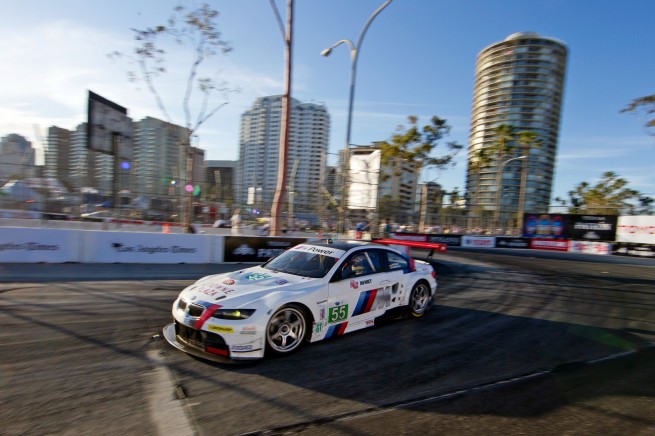 Joey Hand and Dirk Müller drove BMW Team RLL to the top of the GT class podium for a second consecutive time this season at today’s American Le Mans Series at Long Beach. The No. 56 M3 GT will be credited with the most laps led in the two hour contest, but not until the final minutes of the race were slowed by a caution flag was the outcome decided.

Hand started the race from the class pole and led for the opening laps, but lost the lead some twenty minutes into the race after an almost surreal set of circumstances. A few positions behind Hand, teammate Bill Auberlen, in the No. 55 M3 GT, was struck by a competitor and spun around 180 degrees in the tight confines of turn two. When he finally was able to get turned in the right direction Hand was back around and lost two positions as he avoided the accelerating Auberlen.

Hand gave chase and with a slick double pass in turn six regained the lead at the 40 minute mark. A second battle ensued with Patrick Long’s Porsche and Hand lost the lead only to regain it a second time as Long slid into the wall.

He built up a seven second lead before pitting just past the hour mark. Müller took over and held the lead for the final hour of the race and the duo’s second consecutive GT win. 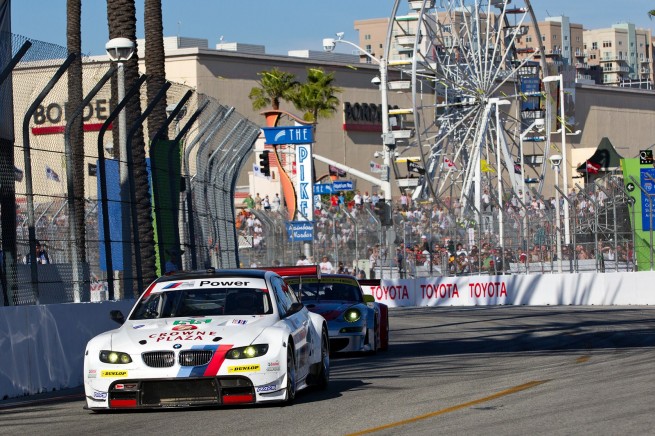 Dirk Werner finished the race in the No. 55 M3 GT seventh in class, two laps in arrears.

“This was a great win by Joey Hand and Dirk Mueller in the No. 56 car today and a great position to be in going into the Le Mans break,” said Dr. Mario Theissen, BMW Motorsport Director. “We are also confident that we had the possibility for a 1-2 victory today. Both cars are clearly very reliable, we have a strong team and strong drivers. With the result today, we are well positioned in both the ALMS and ILMC championships”

Bobby Rahal, Team principal, added, “This was a big win for us as we didn’t want to come to Long Beach and lose the advantage we fought so hard for in Sebring. Back-to-back wins are tough to come by in any series, but especially here in the GT class of ALMS, and this is a big victory for our team.”

Following the traditional American Le Mans Series hiatus for the 24 Hours of Le Mans in June, BMW Team RLL will begin its defense the GT class lead at Lime Rock Park, in Lakeville, Conn., on July 9. 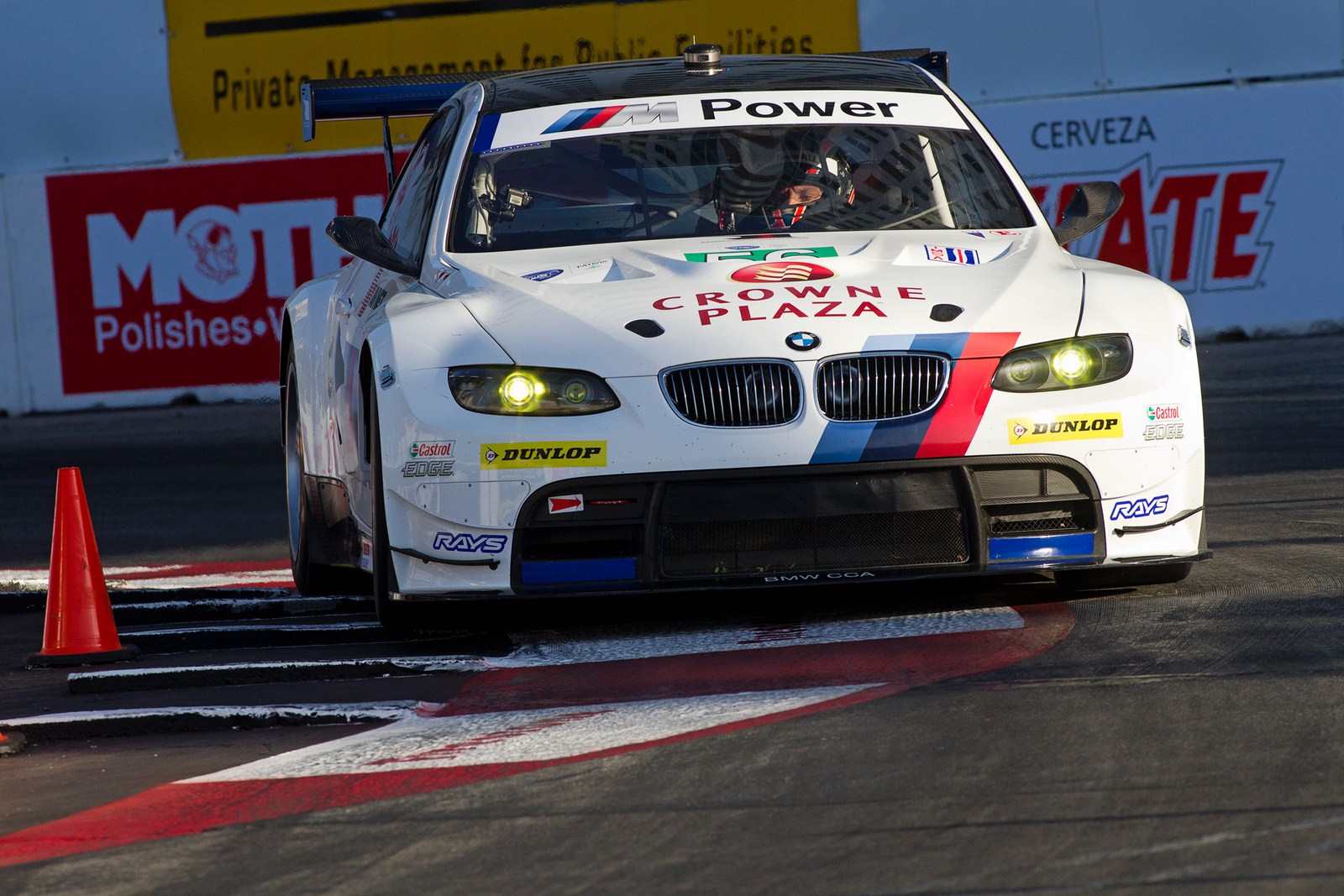 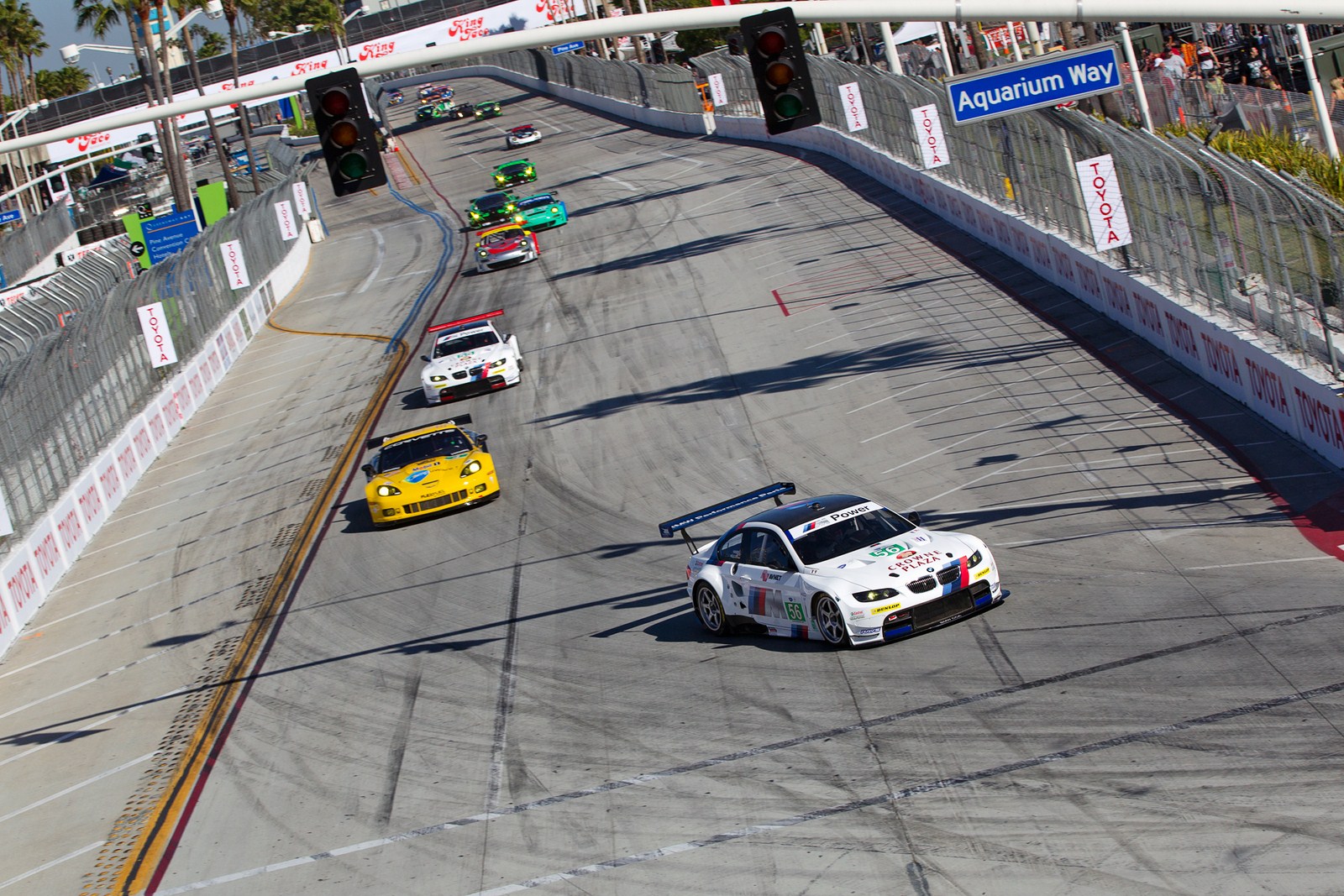 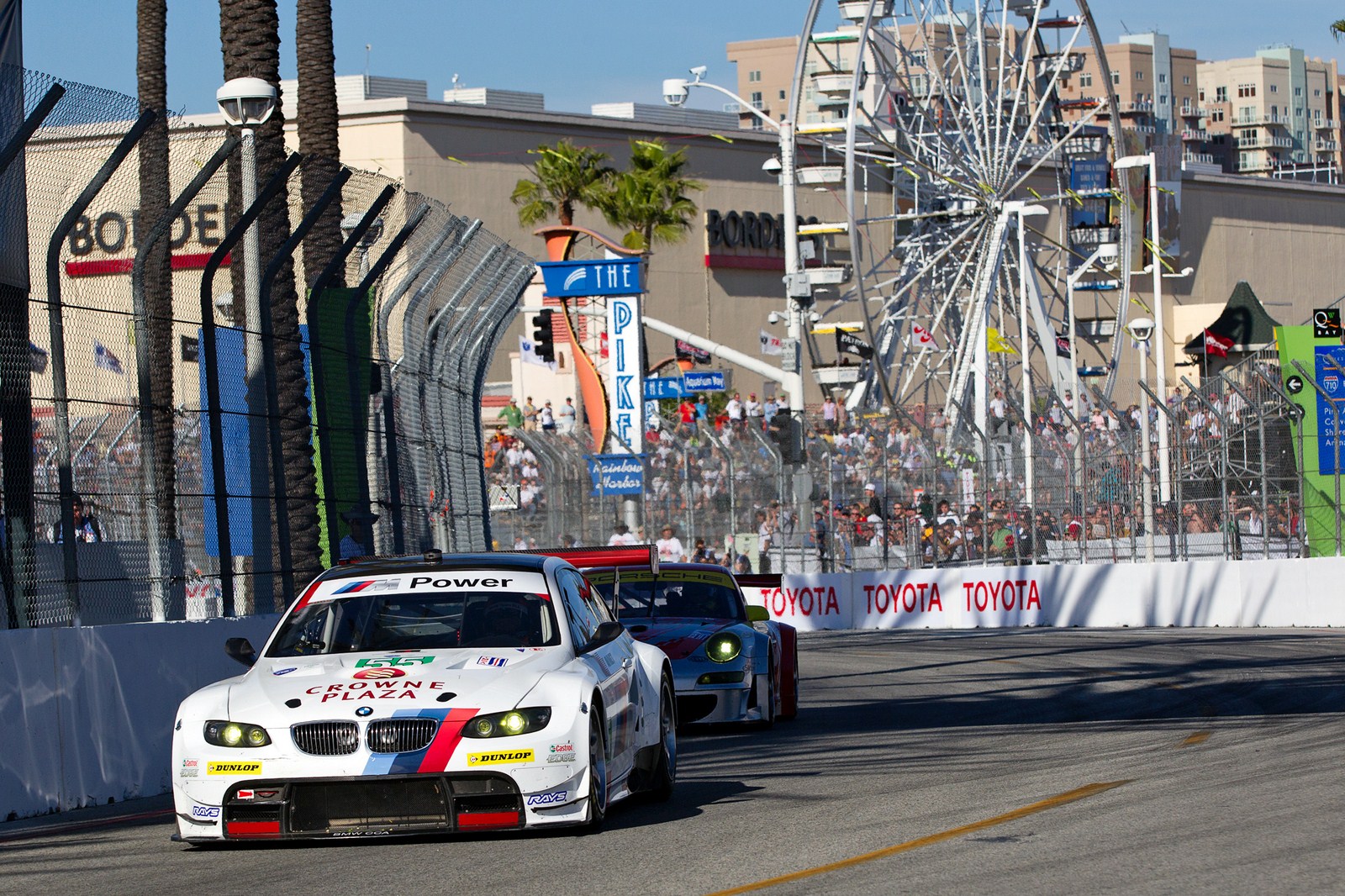 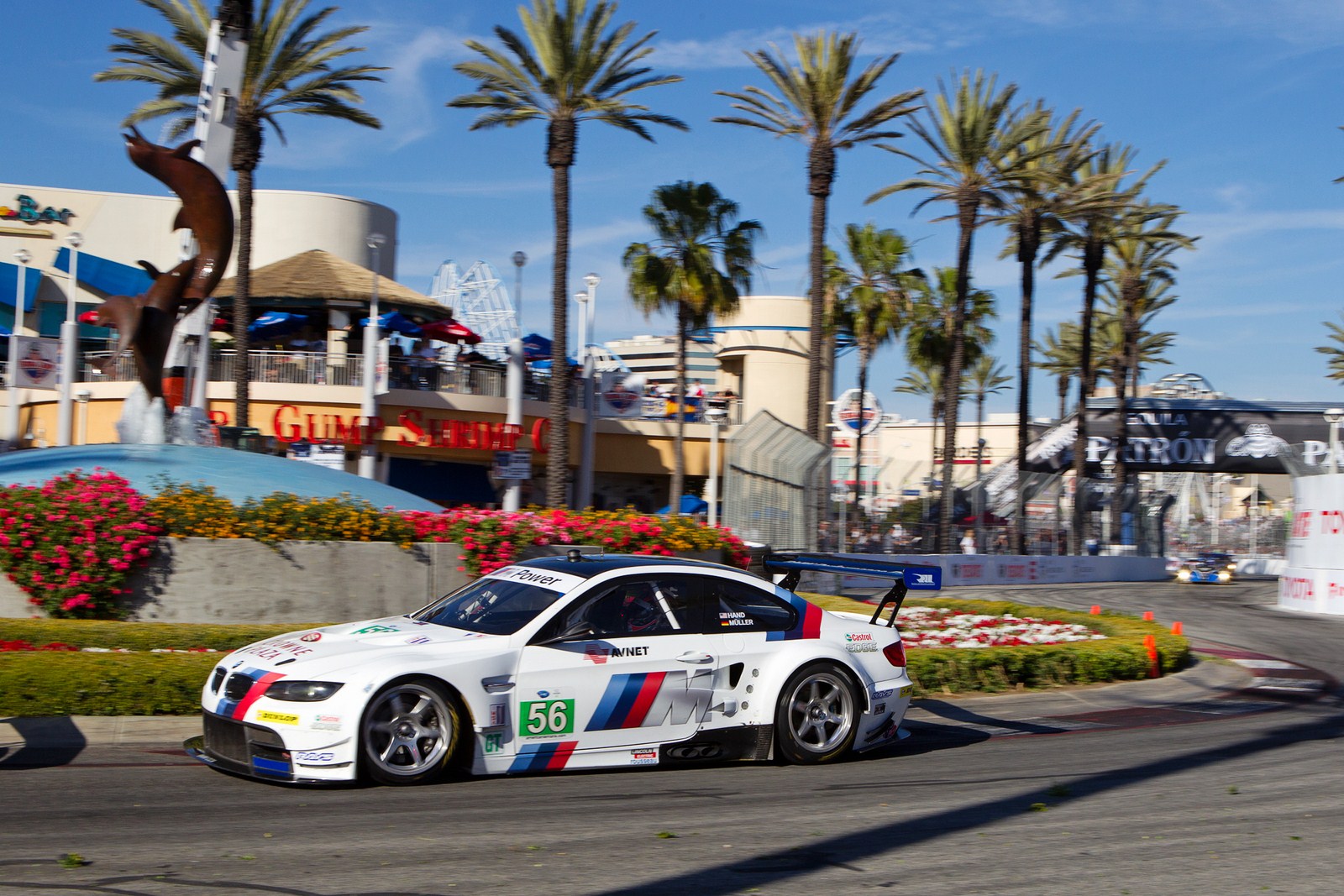 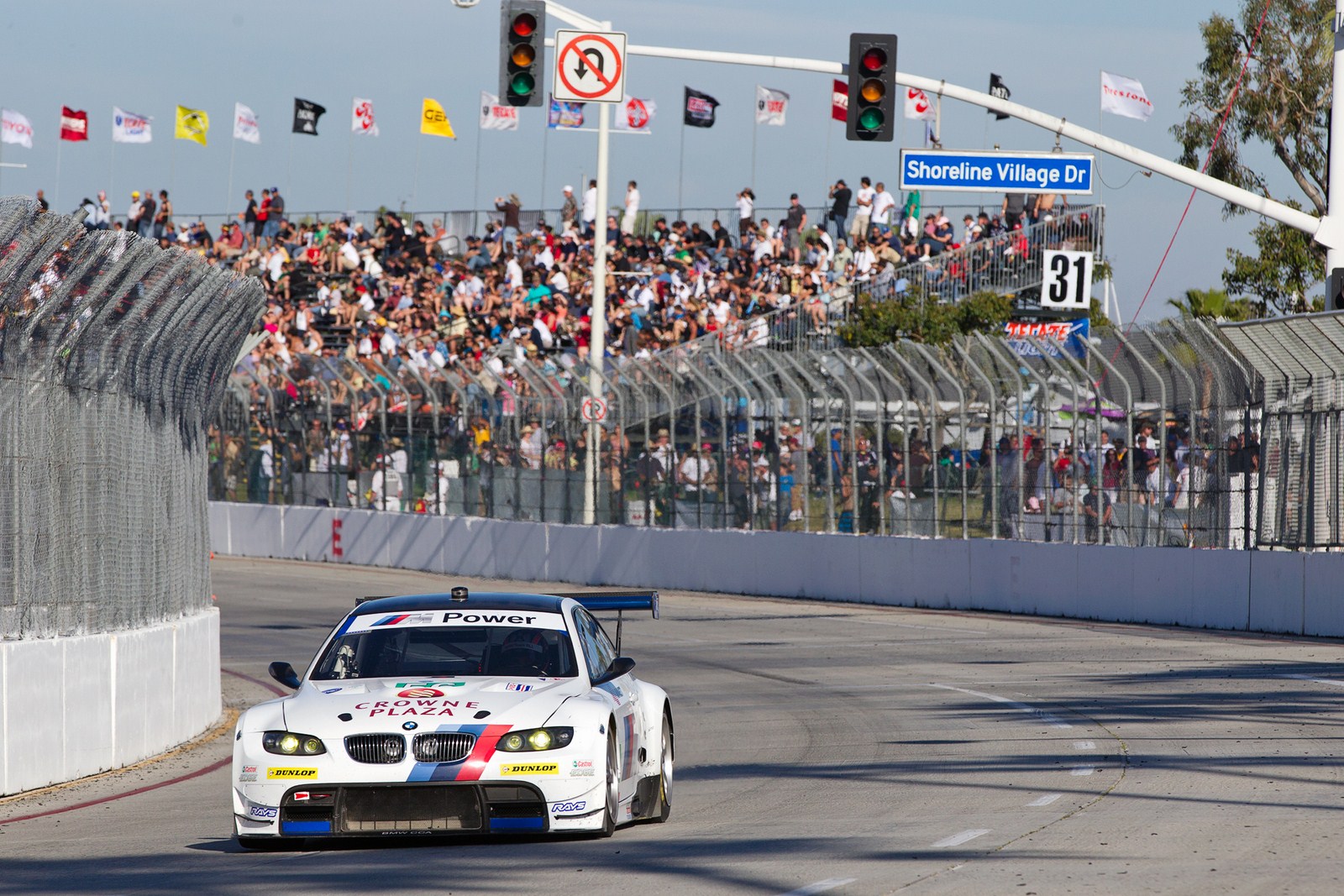 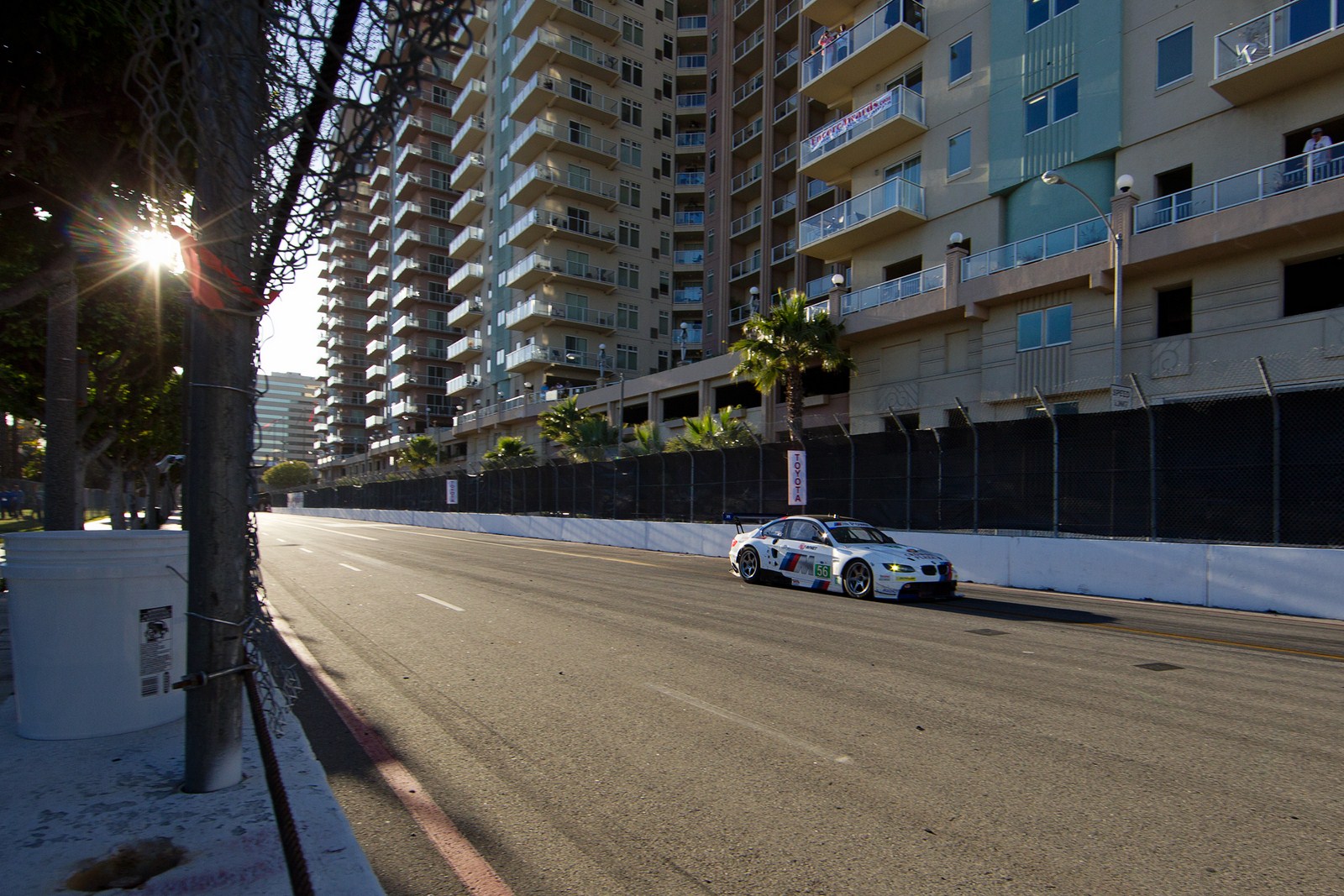 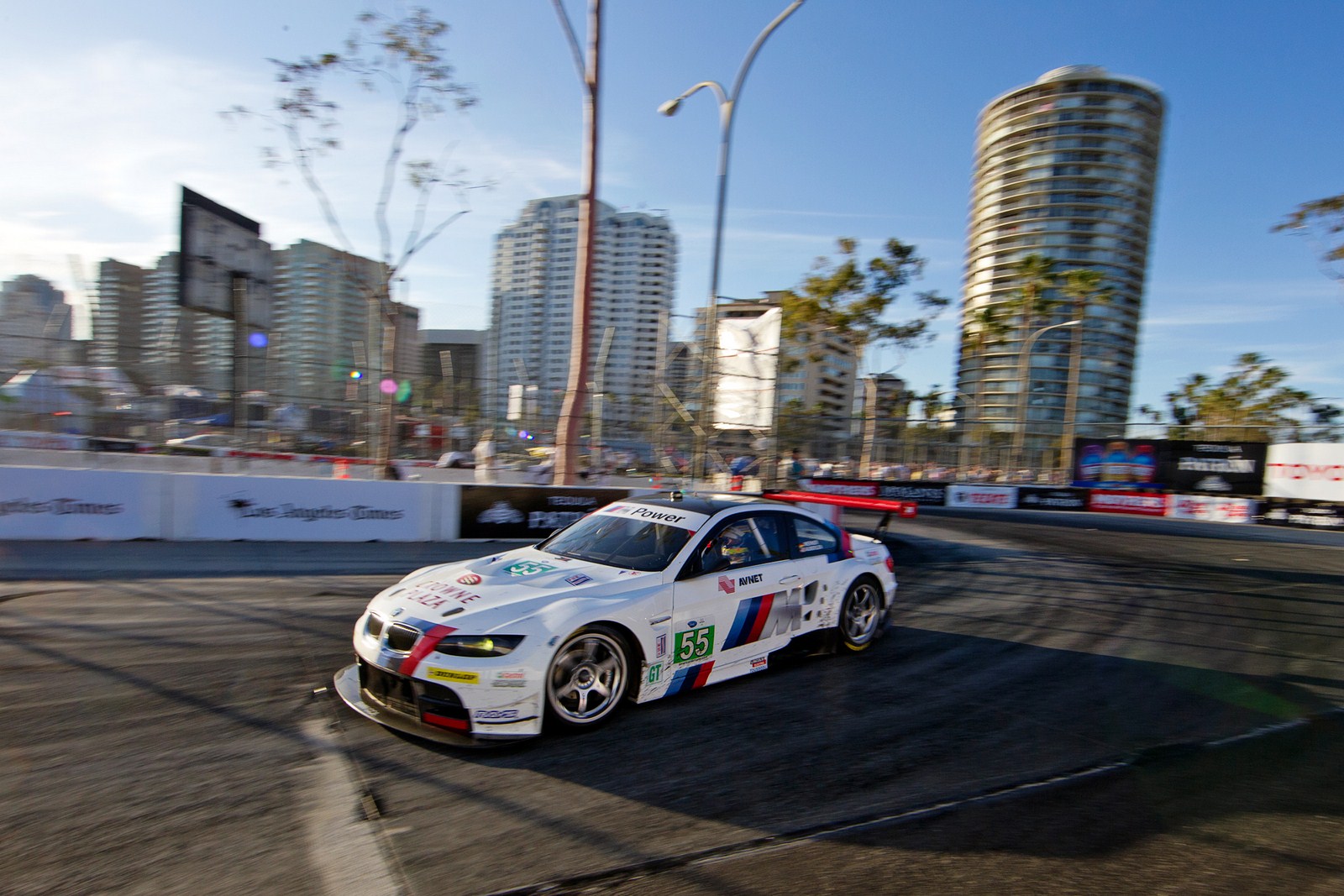 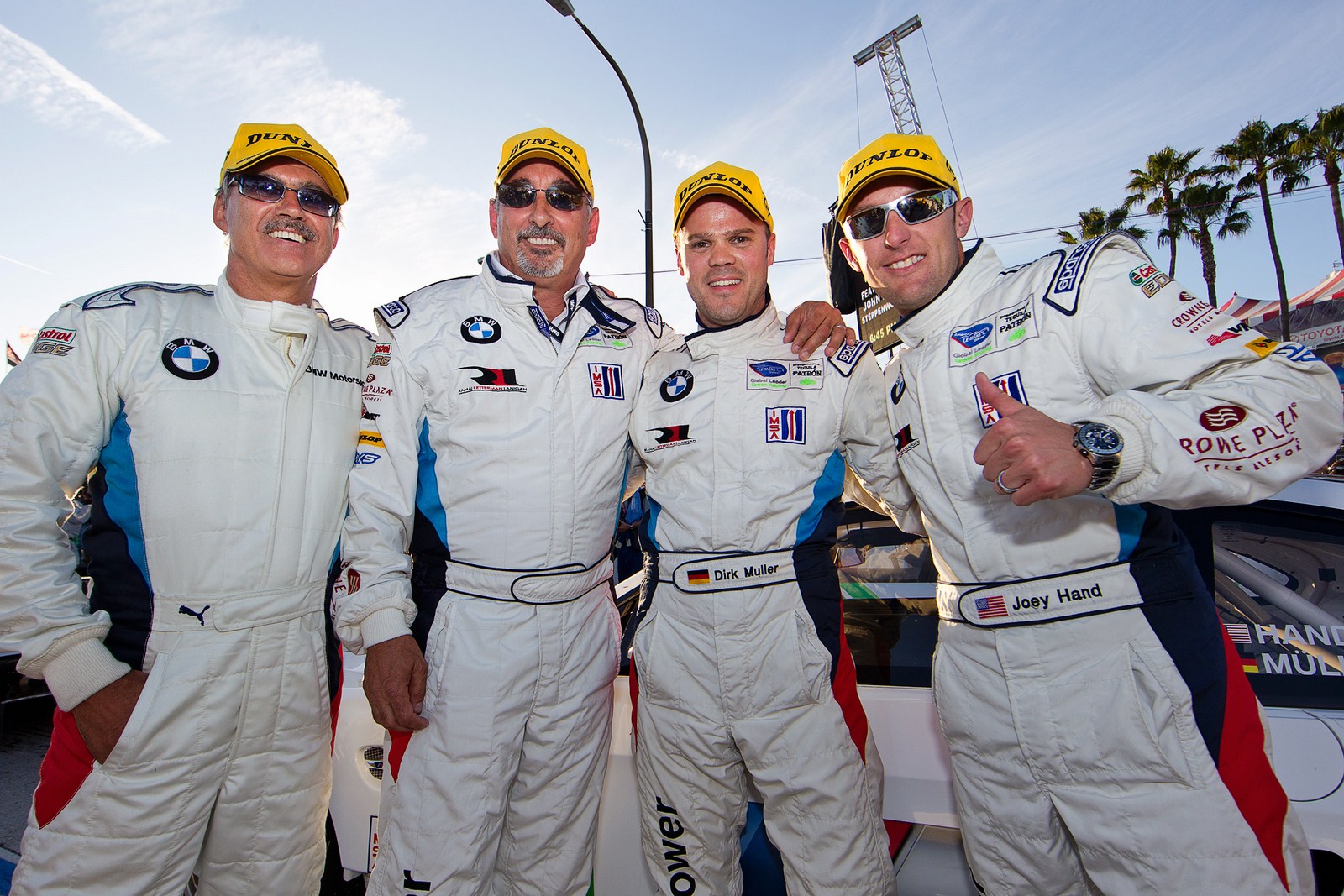 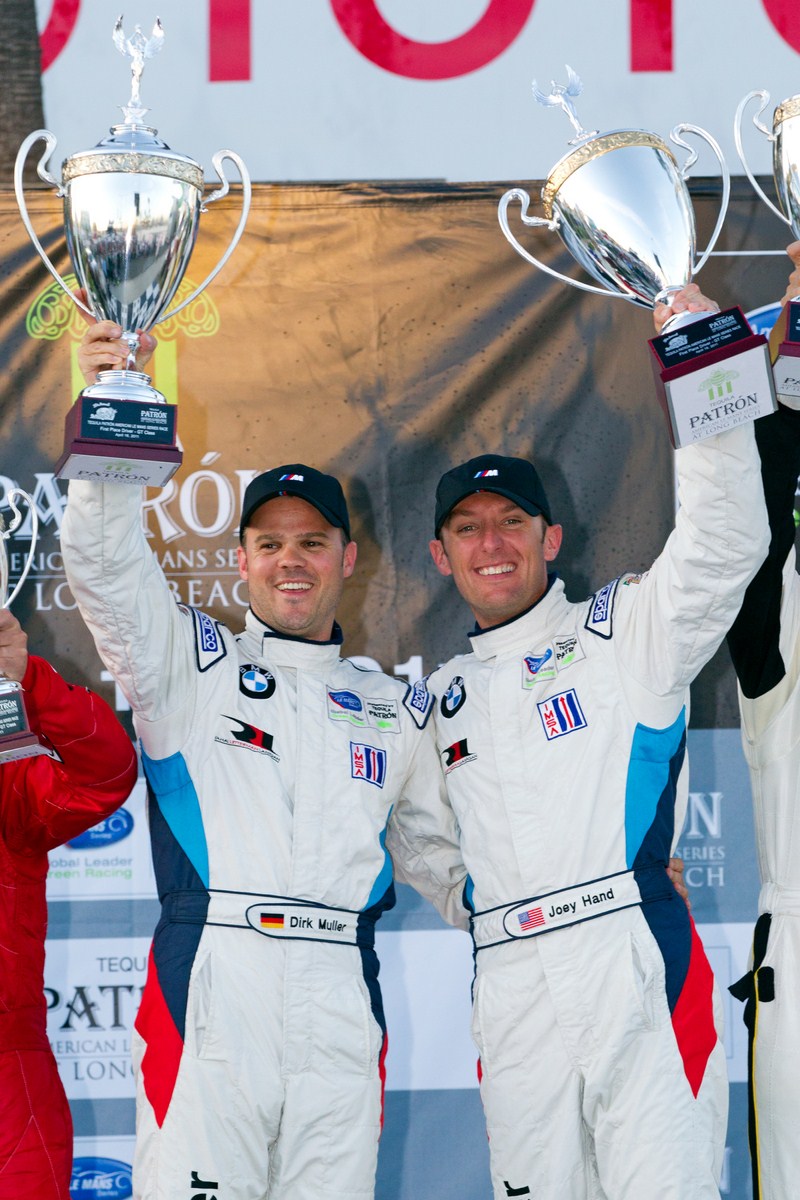 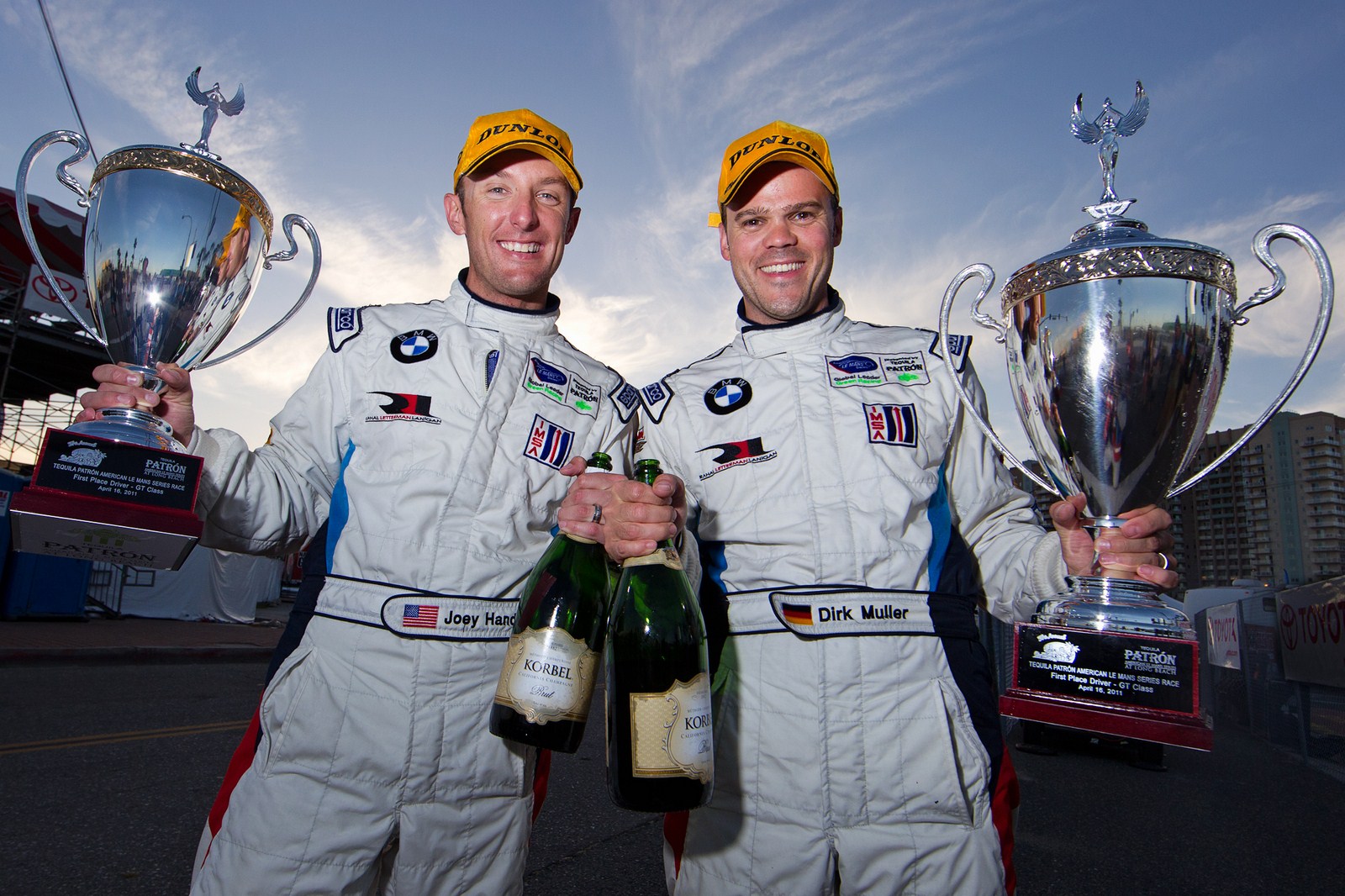