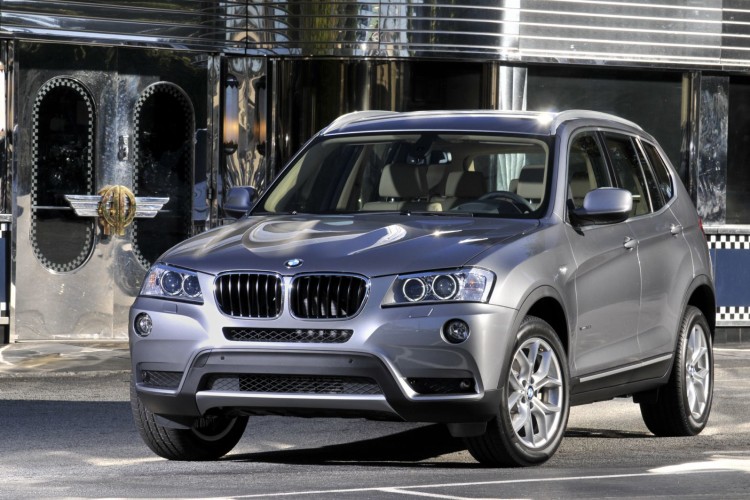 While attending the BMW sponsored Sony Ericsson Tennis Open this past weekend in Miami, I also had the opportunity to spend a few days with the new 2011 BMW X3. In the U.S., BMW currently offers the X3 in two flavors, the top of the line xDrive35i and the entry-point into the market, the xDrive28i.

The BMW X3 xDrive28i is one of the last BMWs to be powered by a 3.0 liter six-cylinder naturally aspirated engine. In the last years, BMW has begun to shift their attention from naturally aspirated engines to the more efficient, yet powerful turbocharged units. In the near future, we expect all the U.S.-based BMW vehicles to make the transition to TwinPower or twin-turbocharged powerplants. Rumors say that the X3 xDrive28i will drop the current engine in favor of the new N20 TwinPower four-cylinder recently launched in its X1 counterpart. 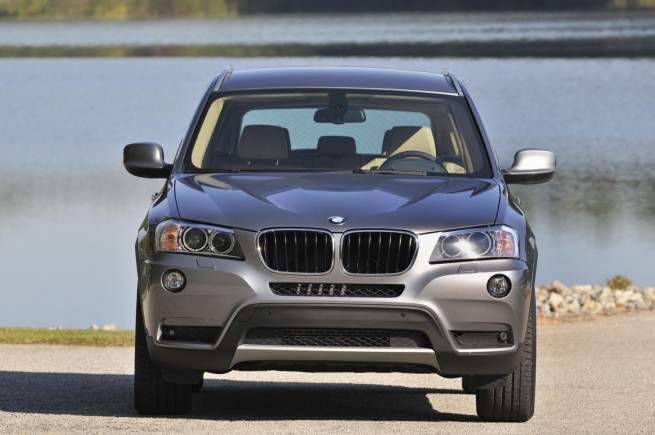 The 2011 BMW X3 xDrive28i produces 240 horsepower and 221 lb-feet of torque. The engine is matted to the ZF 8-speed automatic transmission that not only offers smooth shifting, but also increased fuel efficiency. We were unable to perform an official 0 to 60 mph test, but previous magazines report the X3 xDrive28i running the distance in under 7 seconds. The revved-up xDrive35 with its more N55 turbocharged engine shaves 1.2 seconds from the 28i’s 0-60 mph (5.5 seconds).

In its second iteration, the 2011 BMW X3 has been redesigned from ground up. At a first glance, you see a more modern design, inline with the new BMW design language. While maintaining the “boxy” look, the 2011 X3 is a half-inch taller, 3.4 inches longer and 1.1 inches wider than the current model. The car sports, the same as the new 5 or 7 Series, a larger grille, imposing, yet not too aggressive. The kidneys also feature shinny titanium inserts as seen in its bigger brothers, the X5 and X6. With a 50-50 split between male-female owners ratio, the front-end gets a neutral design that is appealing to both genders. 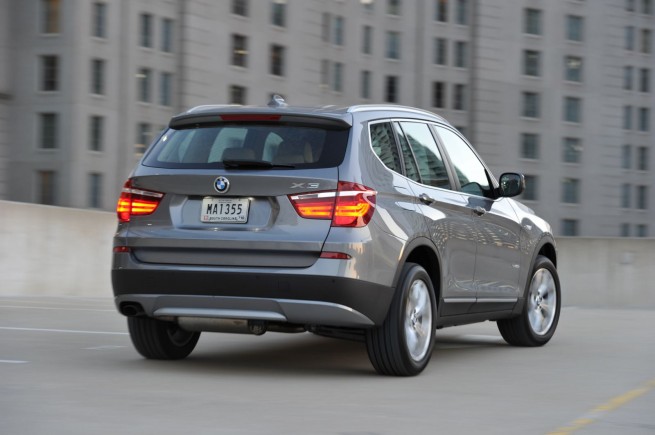 The design features flared wheel arches and more aggressive design cues. The dynamic side creases around the fenders turn the new X3 into a distinctive model. At the front-end, the corona-ring running lights flanking the twin-kidney grille, and underlined by a fairly sporty bumper, complete the unique look of this X3. The LED technology is standard on the top-model xDrive35i and optional for the xDrive28i.

At the rear-end, the X3 sports modern, fluid and rounded shapes complemented by larger taillights that also feature the LED technology with a pair of glowing bars, very similar to what you see in an X5. Luckily, the black-painted bumper seen in pre-facelift first generation models is long gone; another lesson learned by BMW from its nit-picking customers. 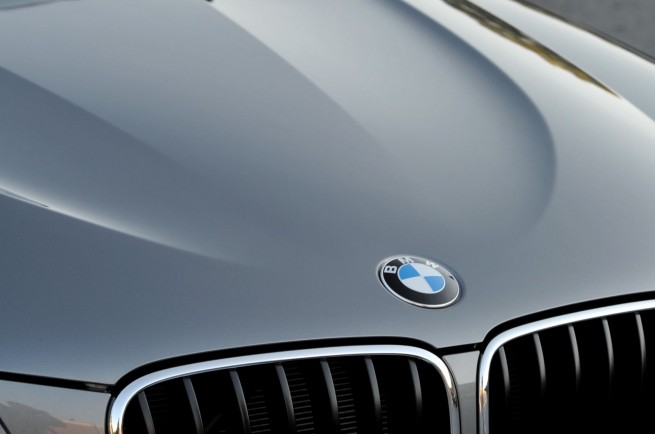 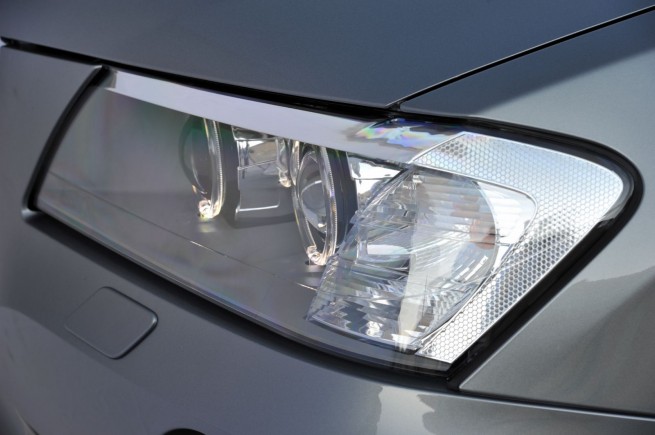 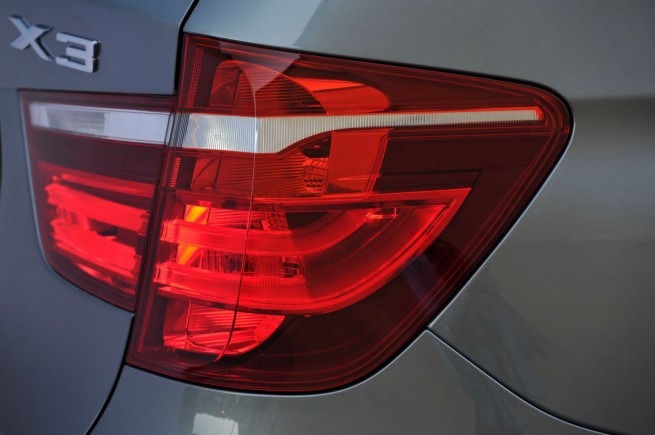 With a segment that seems to cater mostly to females, BMW opted for the middle-ground, but the very early unveiling of the M-Sport package will most likely attract the male demographic. In the end, the X3 is not a head-turner, and in my opinion BMW had no intention on sending out that message. The design is based on the concept of “form follows function” and that’s something we like to see in a Sports Utility Vehicle. 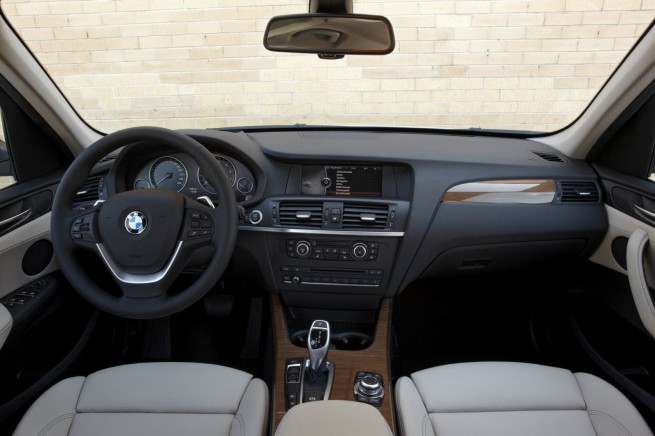 Without a doubt, the biggest criticism the first generation X3 has received. Owning a 2004 X3 myself, I immediately noticed the amazing difference in quality when compared to the previous generation. The cabin of the new X3 has also been redesigned from scratch and the level of luxury reminds me of the new BMW 5 Series. The second generation X3 corrects some of the shortcomings seen in previous model, and some of these changes were based on customer’s feedback. First thing that comes in my mind and one I noticed immediately, the cup-holders. American buyers have nothing to fear now, plenty of multi-functional cup-holders inside and large enough to “host” any Starbucks cup. 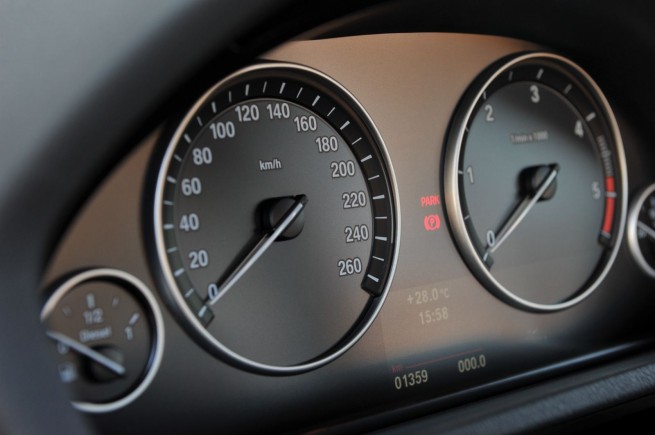 Speaking of space for storing personal things, more storage space can be found on the sides and also up in the front where the passengers can place their keys and other things. Another plus for the X3 Sports Activity Vehicle.

Speaking about quality of interior materials, the door panels are fully upholstered with higher quality leather, contrast stitching and increased quality of craftsmanship.
More wood trim has been added giving the car a more premium look. The center console also grew in size and sports some of the controls seen in the X5 with the now usual orange backlit.

I have not had the opportunity to test the space for rear-seating passengers, but the company says the legroom has increased by an inch. At the front, the interior space is somewhat cramped up, but it’s also fair to acknowledge that I am 6″2 tall.

This is where the new X3 has really surprised me. Without driving the more powerful 300 horsepower X3, I felt that the xDrive28i has adequate power for a vehicle that weighs around 4,110 lbs. The compact SAV was quick, agile and eager to dominate the road. I pushed the car quite a bit a few times and the 3.0 liter naturally aspirated engine aided by the 8-speed transmission did a superb job sprinting or changing lanes without letting me feel the need for more horsepower. Sure, on straightline or even on the track, the xDrive35i is a much faster vehicle, but for the congested Miami roads, or any other large urban areas, the X3 tested handled itself quite well. The ZF transmission is really making the X3 a better vehicle. 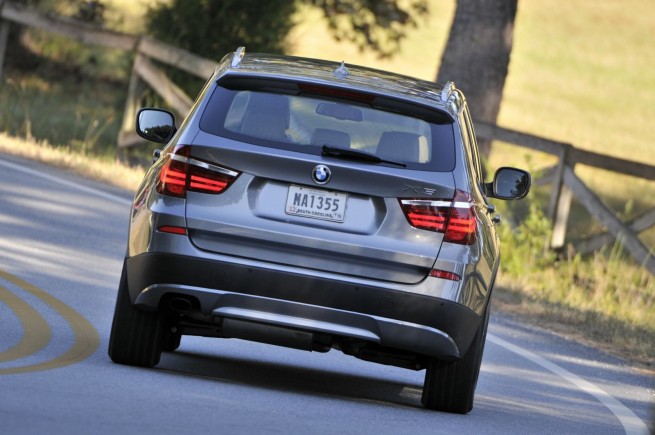 The ride quality has improved as well. Remember I am coming from a previous generation X3 that delivered a somewhat of a harsh ride. The 2011 X3 has been upgraded with an all-new five-link rear axle assembly that delivers a considerably better ride. The suspension engineers have managed to eliminate that loud thud we sometimes see on other BMWs equipped with runflats. No complaints on the electromechanical steering either, but maybe on a longer drive we will have a chance to properly test the X3’s receptiveness to the steering input.

In some of the corners I managed to find as exiting the highway, the X3 provided stability and improved handling, all together bringing my level of confidence in the car at a higher level. The third generation xDrive system found on the new X3 has been revised and the changes are obvious even to an inexperienced driver.  Hopefully soon, I will have the opportunity to experience off-road aboard the new X3, so more impressions will be shared.

Based on the car’s onboard computer, fuel consumption was rated at around 24 mpg, but for a more accurate reading in the future, we will have to drive the X3 extensively. 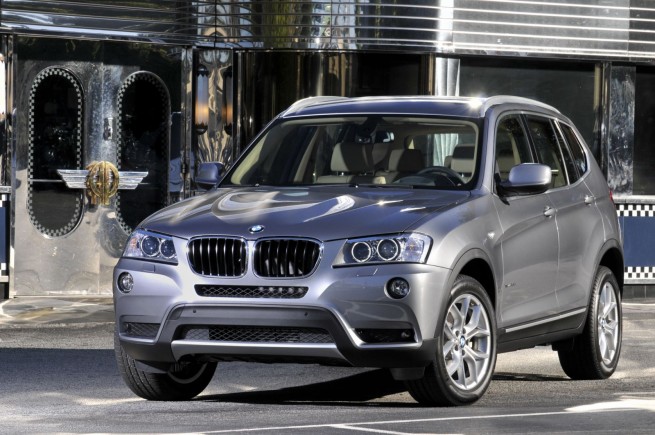 In my opinion, BMW has hit the jackpot with the new X3. Initially criticized by its somewhat conservative look, the new X3 has turned into a big seller at local dealerships. Sales have been strong and the demand remains high, and customers are also slowly starting to take advantage of the Build-To-Order scheme offered by BMW.

To remain competitive in a segment dominated last year by the Audi Q5 and Mercedes-Benz GLK, BMW of North America set a starting price for the xDrive28i at $37,625, approximately $2,000 below the 2010 model, and also with more standard equipment including Bluetooth and an iPod/USB interface.

As New York Times recently mentioned, I wonder what people that buy a $30,000 Honda Pilot will do in the future…the choices are out there and are better than ever.

Editor’s Note: For a more comprehensive review of the new BMW X3, read the X3 Driving Impressions by our Hugo Becker.

Disclaimer: The manufacturer provided BMWBLOG this vehicle for the purposes of evaluation.