After many adrenaline packed runs down the steep, icy hills of Quebec City’s downhill ice-cross course – a winner has been awarded, and a rookie stands proud.  Following our earlier coverage of this event last week, we now have the final results from this exciting event.  The full press release follows: 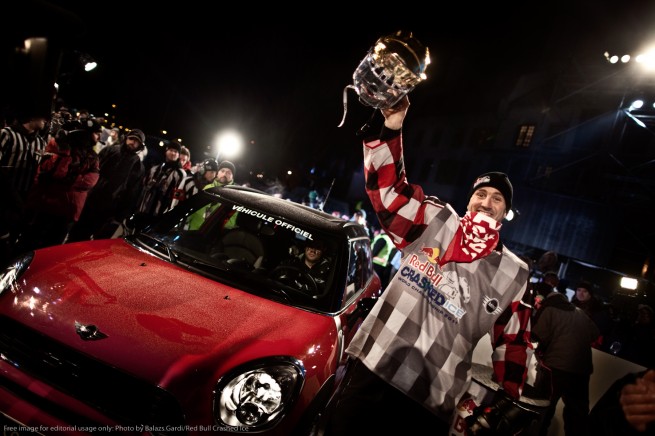 Manfred Braunl, President and CEO of BMW Group Canada, was on hand to present Pihlainen with the Red Bull Crashed Ice World Championship trophy, and to hand over the keys to the grand prize – a brand-new 2011 MINI Countryman.  “It was exhilarating to witness the precision, balance and control displayed in Arttu’s championship performance,” stated Braunl.  “These are qualities he will soon enjoy in his new MINI Countryman.”

Another award-winning performance was executed by Quebecer Philippe Poirier, who earned the MINI Rookie Award as the fastest newcomer in the Quebec City event.  John Cappella, Director of MINI Canada, presented Poirier with his award.  “It is a great pleasure to present Philippe with the MINI Rookie Award as it recognizes in him several virtues of the MINI brand: courage, speed, agility and, above all, fun.”  As MINI Rookie Award winner, Poirier receives an impressive trophy, and will hit the road in a new MINI provided by MINI Canada. 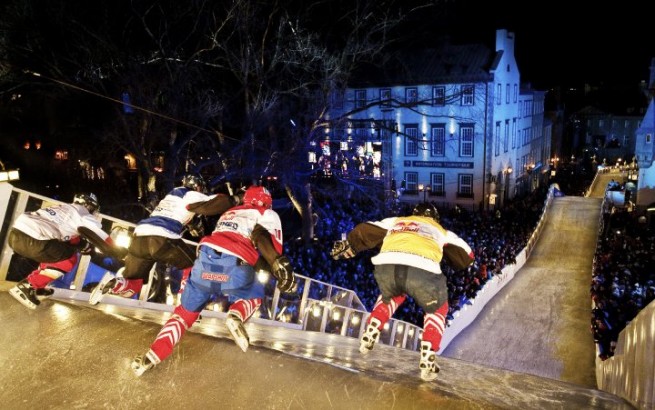 This is the second time carmaker MINI has supported the Red Bull Crashed Ice World Championship as official automotive partner, continuing the successful collaboration with Red Bull launched in 2010. In addition to highlighting the best newcomer and providing a grand prize vehicle, MINI also provides an athletes’ shuttle service with MINI Countryman for the Red Bull Crashed Ice World Championship, giving every athlete a chance to enjoy the MINI experience.

Supporting the Red Bull Crashed Ice World Championship tour, MINI is reaching out to a young, sporty, lifestyle-oriented target group with a committed involvement in unconventional winter sports. Where innovative concepts, originality and a strong instinct for speed and cornering are at the heart of the action, the brand’s latest models are right in their element as well.

You can find more information about the MINI Rookie Award online at: