A trademark of BMWBLOG for years now is to compare any new BMW to the previous generation. Today, with the unveiling of the F13 2012 BMW 6 Series Coupe, we are going to compare the current and upcoming generation 6 Series from different angles.

Previous generation 6 Series was penned by BMW’s VP of Design, Adrian Van Hooydonk, and the new 6 Series was designed under his direction as well. The F13 6 Series Coupe comes to emphasize the new design language at BMW which started in 2009 with the E89 Z4, followed shortly by the F01/F02 7 Series and last year’s big seller, F10 5 Series.

The unique shape of the headlights are inspired from the Gran Coupe Concept, the four-door coupe that will come next year to further expand the flagship offerings from BMW. Same headlights design is said to be featured in the 2012 BMW 3 Series. At the end, BMW fans will praise the new design that makes forgotten the overly discussed Bangle-butt. The L-shape taillights continue to remain a BMW icon and the full LED treatment bring out the luxury and sportiness from the new 6.

Inside BMW stays true to another core value, the driver orientation. and compared to the previous generation, the luxury level has reached a new peak. The dashboard features a line coming from the center stack that doesn’t just wrap around and close in front of the driver, but actually shows the direction you want to drive towards to. The layering technique first introduced in the Vision ED Concept is the underlying factor here. Layering opens up the space and BMW designers have done a great job showing light and shadows inside the car, especially around the door.

But is the E63 ready to retire? Many would say yes, but judging by these photos, the current 6 Series seems almost as fresh as 7 years ago, one of the few BMWs that has not aged significantly. The design continues to be attractive to the eye, the dynamics and flame surfacing emphasize its sportiness and luxury. This is most likely Van Hooydonk’s best design to date and we can see why Nader Faghihzadeh, F13 designer, used the main three color elements from the 6 Series as a starting point: athletic, elegant and modern.

Before we let you enjoy these unique comparison, we would like to throw one question out there:

If the new 6 Series already has the “looks”, would the new M6 become THE ultimate BMW? 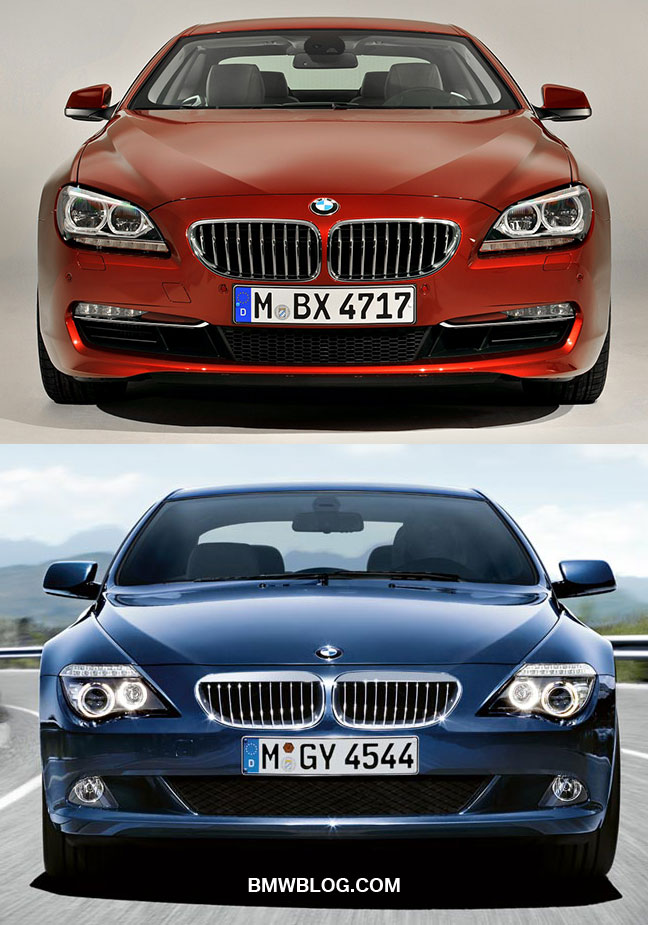