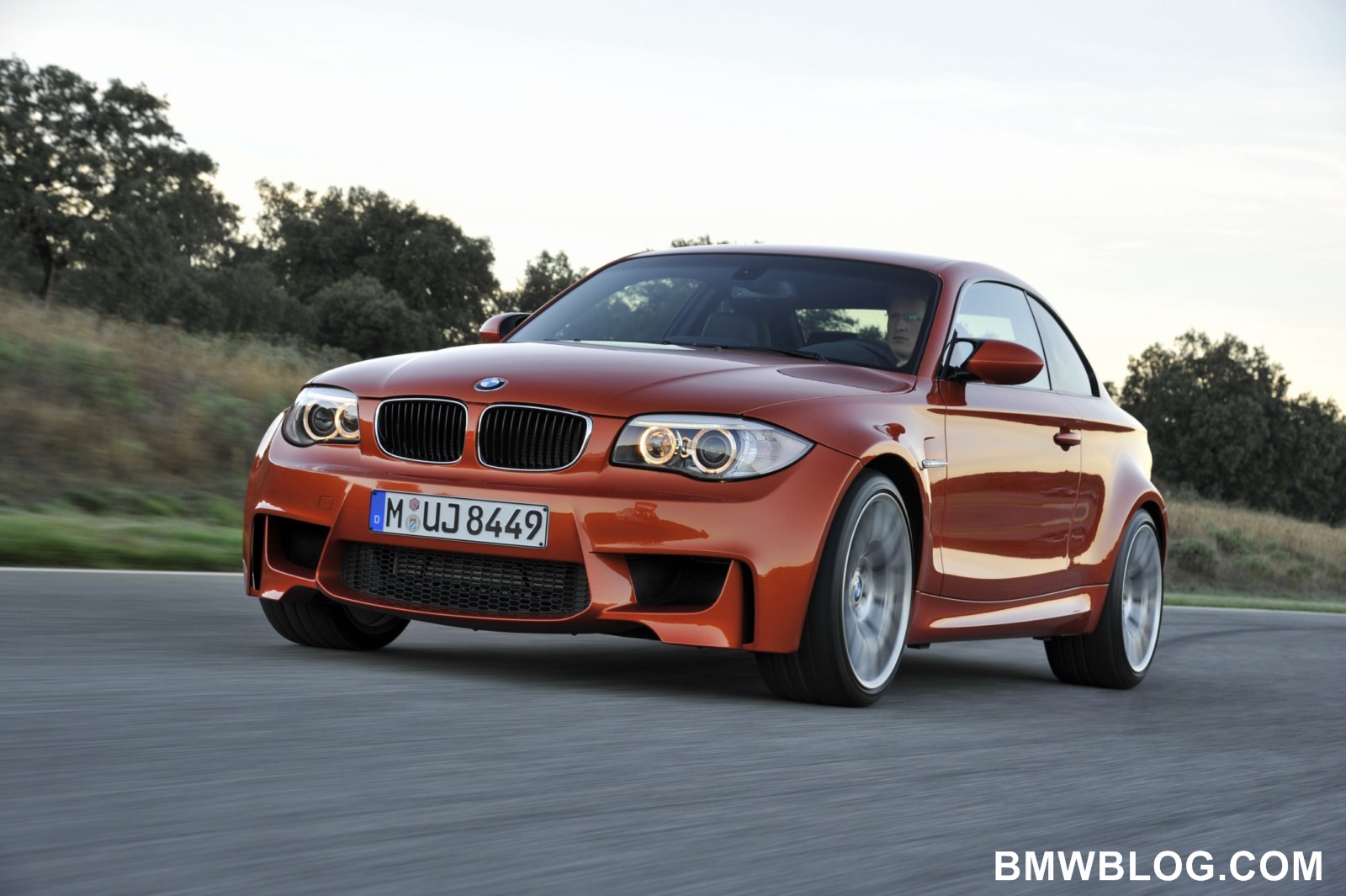 As announced yesterday, the BMW 1 Series M Coupe makes its appearance in on the showroom floors at the BMW Welt in Munich. The prototype continues to sport the same camouflage we saw back at Oktoberfest and unfortunately not much is being revealed at the moment. The official photos and information are scheduled to be released in the second half of December, followed by the world premiere at Detroit Auto Show in January 2011. Before jumping into the info, allow us to reiterate some of the things we learned about the car in the past.

Despite its looks closer to the 135i Coupe model, the new 1 Series M Coupe is almost an entirely different car. Almost every suspension part is different. The springs are stiffer and the dampers have less travel, the bushings of the trailing arms are changed from rubber to joint balls and some rubber ones are stiffer. The suspension cannot be adjusted – also to keep the cost down. The front axle carrier is the same as in the 135i, but in the rear the one of the M3 is used.

The body is lowered by 10 mm (0.4 in) and the track is approximately 30 mm wider up front and between 30 to 40 mm wider at the rear. The brakes are completely different from the 135i Coupe with M Compound brakes. Judging by the photos below, the car seems to sit on 19″ M-specific wheels, but we believe these are optional. More likely 18″ will be the standard choice.

BMW 1M is powered by an engine based on N54 twin-turbo delivering 340 horsepower. Engine is matted to a six-speed manual.

The 1M also receives the same facelift as the 135i Coupe and Convertible, with new headlights and taillights.