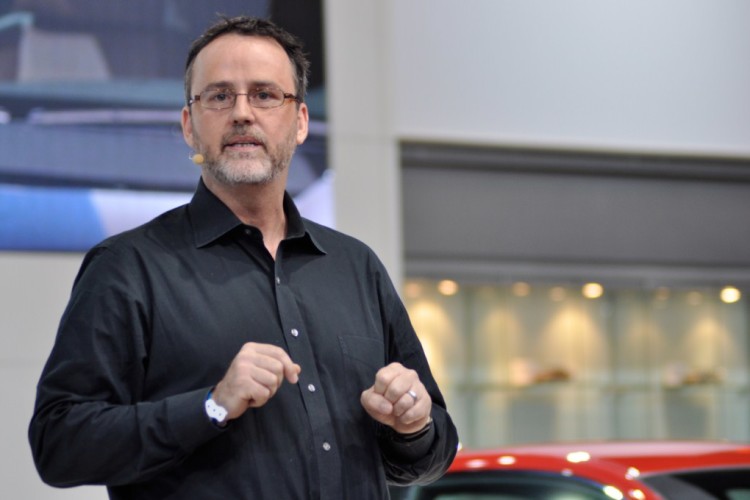 A car company is a living organism – it is made of people. Thus it shares their personalities, their passions, their enthusiasm and their character.

Every once in a while, in the automotive industry, you come across someone who really makes you smile. Someone who can clearly see through the theatrics of the industry around them to the good nature of people they meet. Jack was such a person. Referred to as “BMW’s Creative Powerhouse” by inner circles, he was a charismatic man.

The first time I met Jack, I was taken aback by his down-to-earth smile and welcoming handshake. I had expected a cooler reception from such a high-ranking auto executive – but this was not Jack’s way. He immediately made you feel comfortable in his presence, and showed a sort of honest enthusiasm that was very addictive. It was impossible not to become his friend. 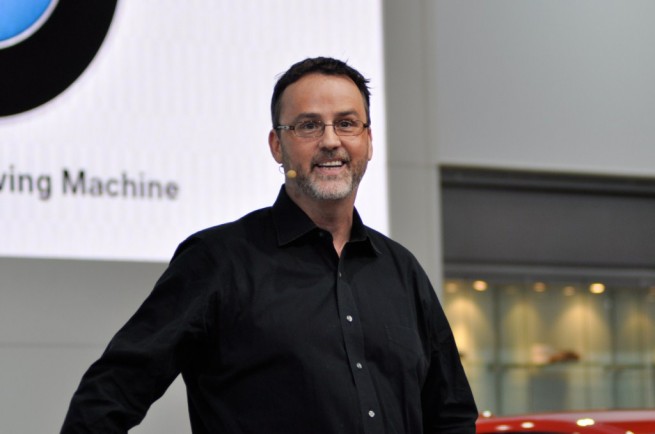 Tragically, Jack Pitney died on August 26th at age 47 in an accident at his family farm in New Jersey.

Today we bring you a tribute to Jack Pitney as remembered by one of his direct employees, Martin Birkmann.

“My first assignment at BMW NA was March 21st 2005. April 1st was Jack’s first day as Vice President of Marketing for the BMW brand. We basically handed each other the door handle. I wasn’t going back to Germany, and Jack was entering the offices at BMW Marketing. In fall 2006 I accepted the assignment as M brand manager and M sports manager. I know Jack. I’d worked with him before and I’d seen what he’d done to the Mini Brand. I think his contributions there are pretty impressive.

So 2006 ended the program on the GTR and we had time to consider what we wanted to do. Back in 2006 everything was open [in racing]. Formula series, prototypes, diesels – we had actually campaigned [diesels] in 2005. This was Jack’s first contribution [to the M racing program] and he was very excited about the diesel racing. On the product side it’s very hard to get diesels in the U.S., and I think you can only see how visionary he was because the success truly justifies the efforts. 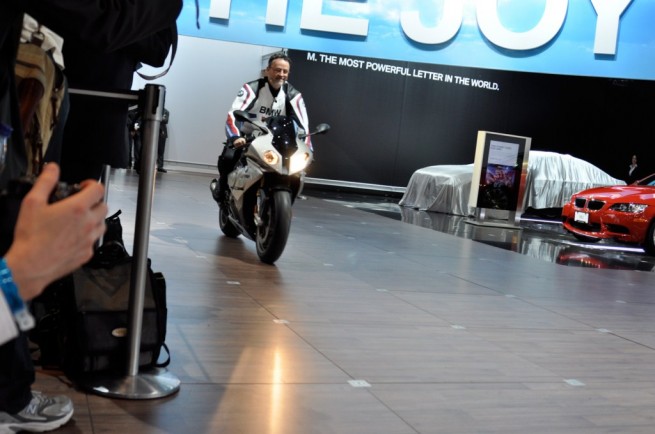 On a very small scale, we agreed to run the 25 hours of Thunderhill, that’s a race of interesting coverage, it’s a very amateur level race and a lot of fun and we were asked to support a magazine with ingredients to go racing. I thought initially they believed we would deliver them an M3 or any kind of hot car, but we found it was much more interesting to field two 335d diesels. We raced those, they both finished the race, albeit not on the top of the podium, but I believe we finished 3rd in class and 4th place overall. There was a lot of pure racing machinery around us, Cup cars, open-top racecars, and so – it was quite an accomplishment! When this program came together, Jack said in his usual way when he decides something, with a push on my shoulder, “and You’re going to drive!” “You’re the M brand guy, you’re the motorsport guy, you’ll drive.” And of course, who doesn’t like that? So I loved my new job right from the get-go, and it was a very interesting experience. I remember when we started discussing delivery on the car that Jack had no question what needed to be on the trunk of the 335 diesel race car. It said, “It’s the fuel economy… stupid.” (laughs)

Of course we tried to turn a ‘bigger wheel,’ and the challenge for someone in marketing is that they must outweigh many priorities. In many companies the racing program on a factory level is managed entirely centrally, but since the American Le Mans Series has only a North American region and is not a global series, this meant that we had to fund this out of the marketing budget of BMW North America or basically follow the F1 train that was still running strongly and everyone knows without any judgment that open wheel racing, F1 racing in particular, absent the team, driver and in and out of venue has no bearing. It is also BMW North America’s belief, and Jack’s belief that production car racing is, as Jack would say, “cooler.” You bring a car that people understand, you bring an M3; thank God people know what that is, and you race a yellow, a red, or a silver car or whatever, and everyone knows what that is. It makes sense, when you see the corrals at the race, you get a sense of customer preference. It’s a very American way of racing. It’s casual, it’s friendly, it’s open. It’s unexclusionary. I think it’s almost the diametric opposite of F1. You wouldn’t eat with a plastic plate at a paddock club with the team hospitality in F1. I’m sure the caviar would be able to complete with this pasta though (we sat down to a plate of food for this interview). 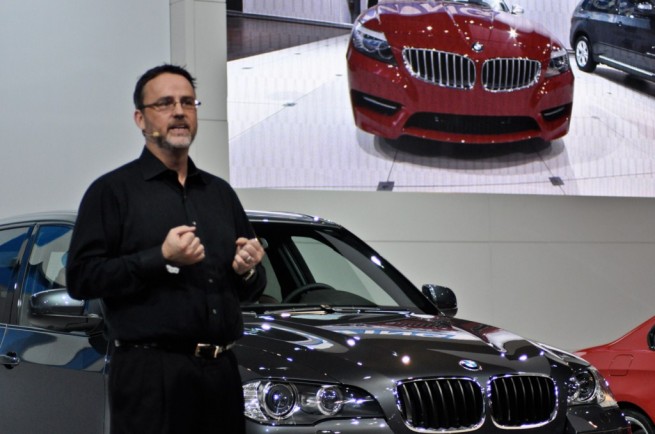 We had long discussions through the year of 2007 on what to do, we pitched several teams for proposals. This included Motorsport and then in 2008 Jack and myself were successful to convince the executive board to fund an ALMS racing program based on the car that Motorsport built for us and we were very quick and eager to get the news out and we showed the car in Chicago in 2008. Through out the prep year, we thought about how to activate our audience, and Jack was fully supportive of TV commercials. That is something that I believe we’ve never done in the previous years of BMW NA production car racing – that we had a TV commercial backing our racing effort. We had two running, “Joy is Proving Ourselves to Ourselves” and the stills from Sebring with the teamwork.

Jack was very excited by the racing and by the middle of the season last year, discussion came up about the art car. Jack is extremely well connected in Munich, also with their corporate communications world, and he made it very clear to everyone that in his mind, the only possible platform for an art car could be the GT race car. He believed very strongly in the range and the diversity that mixing art and racing provides, which is true to the original idea, and as such also brought art cars on more than one occasion to the United States. But I think most notable was when we brought the Z4 canvass car to use as a brush to ‘paint the joy’ in December 2008. At the same time, we had already started pushing for the art car initiative for LeMans. We convinced Munich, well, Jack convinced Munich that there was only one possible car to be used, and that was the racing M3 GT. He started to reach out to Jeff Koons and crafted a relationship with him. We saw how beautiful that result was. 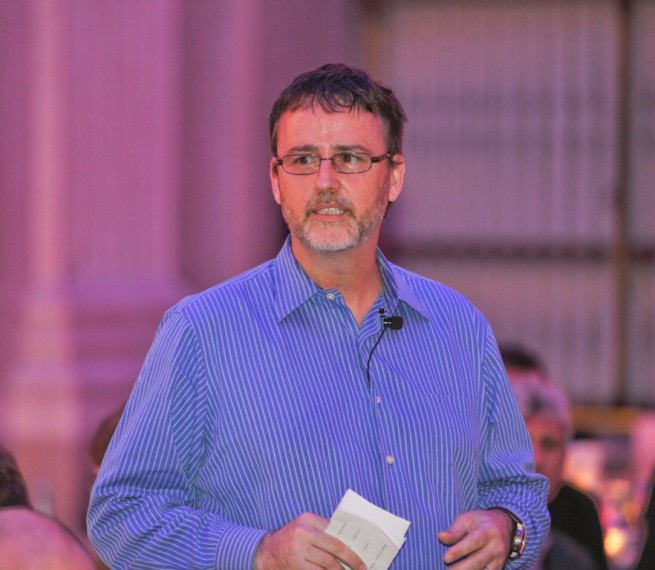 I think that Jack always looked for leverage, “how can I get more out of what I’m doing, how can I make it relevant for others and how can I connect?” Jack was a guy who cared a lot about people and he always spent a lot of time imagining how our customers ticked and how he could connect with them. I think the highlight of this endeavor from my perspective as his director of Motorsport was his trip to the 24 hours of LeMans this year. For Jack there was no doubt that we would see this car running. After we put the art car in front of him and removed other considerations out of the process I was ready to watch the race – but Jack would never rest… he proposed a competition of who could post more photos on face book and get the better captions and count the reader comments, the thumbs up and the thumbs down; it was a great trip! It was great to see to full completion what he had started.

He got so infected with the racing bug that he ultimately made track appearances a priority. He was in Lime Rock and brought the family with him. That’s always the challenge for an executive, to combine private and professional life. But he brought his family with him and they were all excited and enamored with the experience at the race and the racing track, and BMW’s presence and spirit that you could sense. He also went to attend the Petit Le Mans race and he was very proud of the team. He was very proud of the team and overjoyed with the season’s first victory just last weekend and there is nothing more that I wish than to fulfill his desire to complete the 2010 season winning the Championship. He deserves that.”

– BMW went on to claim victory in the 2010 ALMS Championship –