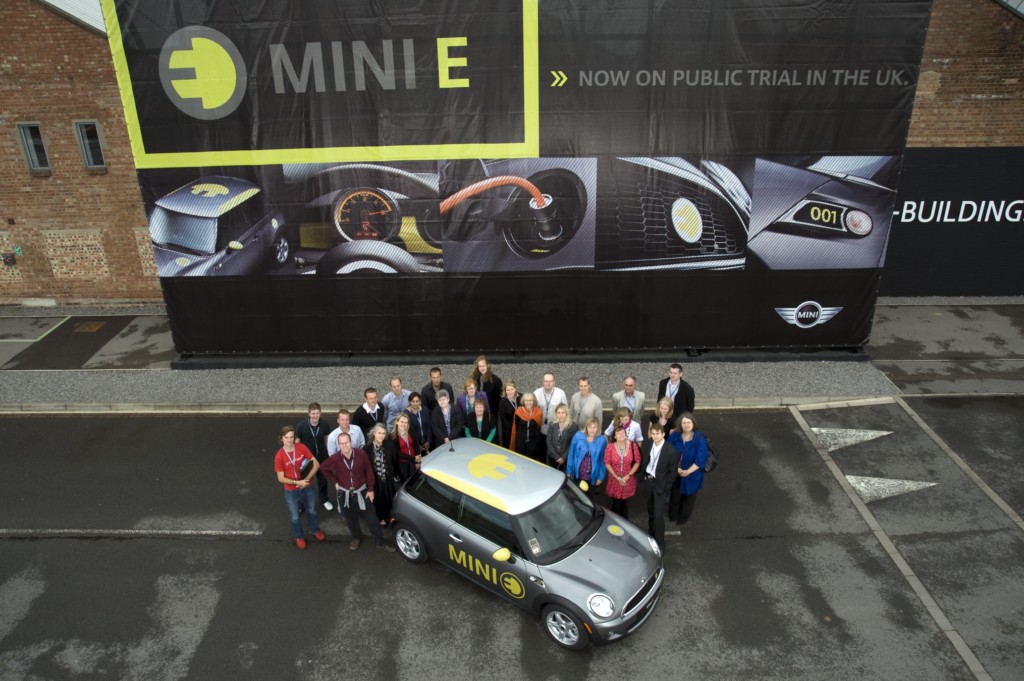 BMW announces the outcome of the first MINI E test trials in the UK. As seen in other markets as well, the MINI E pilot has proven to be successful and key information have been collected. With the data on hand, BMW plans to further analyze the opportunities of the upcoming MegaCity Vehicle and their future in the premium electric vehicles segment.

Here are some of the findings from their trials:

“As the second half of the twelve month MINI E field trial begins this week, the outcome of interviews and objective data collected from the first three months, of the December to June 2010 phase of the trial has now been analysed.  The key results show that MINI and the BMW Group are gleaning valuable learning that will help shape the specification and operating characteristics of its Megacity vehicle which will make its debut in 2013. 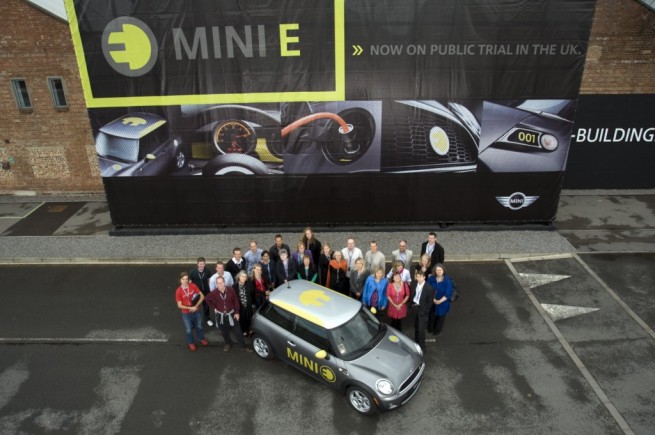 The key findings from the first six months of the UK field trial are as follows:

The National Travel Survey reveals that the average single trip length for car users in the UK is 8.6 miles, a distance almost exactly matched by MINI E drivers at 8.5 miles.  Using the same survey data, 90 per cent of all trips are 15 miles or under, while another eight per cent are between 20 and 35 mile.  Only two per cent are above 35 miles.  Using a control group of MINI Cooper and BMW 116i customers these statistics are reinforced, MINI Cooper drivers averaging 7.3 miles and 116i drivers only 6.8 miles.  The conclusion to be drawn from this is that there are no objective limitations on average daily use for MINI E drivers.

The same conclusions can be drawn by analysing average daily distance driven.  The Office for National Statistics (ONS) confirms that 22.8 miles is the average private daily mileage across the UK.  For MINI Cooper and 116i it is 27.0 and 26.1 respectively while, again, MINI E experience slots right in the middle at 26.7 miles.  The conclusion is that MINI E daily driving use matches cars in a similar segment almost exactly.

Reasons for non use

Naturally not all trips could be taken in the MINI E.  Reasons quoted by users for not using their MINI E were for longer journeys (89 per cent said this had occurred for them) and limited space, either for carrying shopping or because they needed more than two seats.  Lack of space was quoted by 67 per cent of users for not using MINI E on odd occasions.  These are characteristics that the future Megacity vehicle will address.

The process of charging MINI E from the charging box supplied and fitted at users’ homes was convenient and appreciated by the MINI E pioneers.  On average the cars were charged every two to three days.  Two thirds of users charged their car three times a week or less while only six per cent charged daily.  It is clear that users quickly adapted to charging overnight when electricity costs are cheaper and it also suited the daily routine of the drivers.

In summary the home charging was seen as safe and easy to operate, users easily adapted to a charging routine and most charged their MINI E overnight.  Actual charging times were seen as efficient with some users becoming so happy with it they found it more convenient than having to queue up at a petrol station.  Participants would like a public charging system but did not need to rely on one.

The $64 million question – would they buy one?

Would this early experience of MINI E encourage the pioneers to buy an electric vehicle?  The initial conclusion from the first phase of the trial is a resounding, but qualified, ‘yes’.  The MINI E drivers all appreciated the use of a zero-emissions car that removed emissions from their immediate environment, the reduced reliance on fossil fuels and the lower noise pollution inherent with an EV.  They also appreciated the dynamic acceleration characteristics of MINI E and its regenerative braking performance.

There are, of course, barriers to a possible future purchase.  Both the current driving range and the carrying capacity for passengers and cargo are viewed as limiting factors.  Also, the sub-optimal performance of the car in very cold weather needs improvement.

On balance, though, all were convinced about the viability of electric vehicles in an everyday UK road environment and to a man, and woman, all claimed that taking part in this study had increased their enthusiasm to buy an EV as well as reducing the time frame in which they plan to do so.

There is the small question of price as well.  Like all drivers their purchase intentions are price-sensitive.  However almost half of the users stated that they would pay one third more than a conventional MINI in order to benefit from the advantages of a more sustainable form of personal mobility.  This implies a UK acceptable price of around £16,000.  The strength of purchase intention would be increased with improvements to luggage and passenger space.

“ The early learning from this first stage of the MINI E trials has given us very positive feedback and pointers as to where we will need to improve” explained Jochen Goller, Director of MINI UK.  “One has to remember that MINI E, despite being very thoroughly engineered for its task, is in the end a modified existing production MINI Hatch.  An EV designed from the ground up will be able to address some of the criticism on packaging and driving range.  That is precisely the reason we are holding these trials.”

“We are very confident that the full 12 month trial under real road conditions with real people will help us greatly in producing an exciting and extremely efficient vehicle for the urban environments of the future” Goller continued.  “We are truly grateful to the 80 pioneers who are helping to shape the future of the sustainable electric car.  They are people who care about the future of our planet as much as they do about the mobility of its inhabitants” he concluded.

Iain Gray, Chief Executive of The Technology Strategy Board said,

“We created the Low Carbon Vehicle Demonstrator competition to act as a catalyst for industry, the public sector and academia to come together to create low emission vehicles and provide solutions to powering them. Many trials have already begun and it is planned that within the next six months around 340 vehicles will be on the UK’s roads. The majority of the vehicles are electric, with a small number being plug-in petrol/electric hybrids. The information gained from this project will make an important contribution to the future plans of manufacturers and their partners, to develop low carbon vehicles for the mass market.”