BMW will use the new iPad features

Home » BMW will use the new iPad features

The 8th wonder of the world, as Apple would like to reference it, the iPad, made its debut just weeks ago, and the race for application design and delivery is starting to heat up. The last one to jump in the iPad bandwagon is BMW who plans to build a new application, specific to the tablet.

With BMW and MINI applications already built for the iPhone, the German automaker is looking to take advantage of the increased screen real estate and faster processing speed to design a new type of application that allows for extended functionality. One of them, a multi-touch zooming capability into the current model range and “iPadVertorial, advertising based on relevant content on the iPad. Right on time with the market launch of the iPad, BMW will continue in print and TV campaigns refer to a specific page that was developed by the Plan.Net agency. 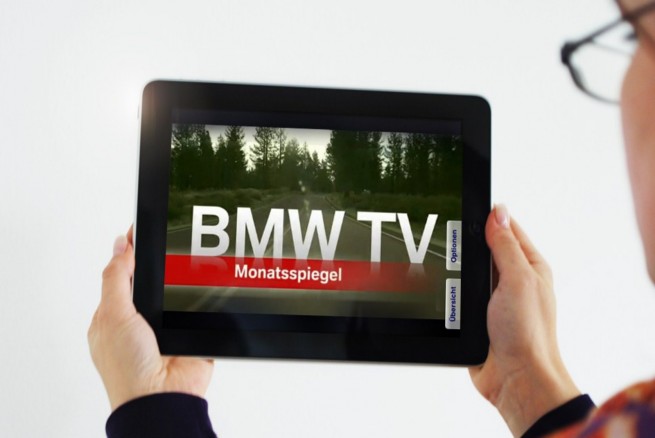 Tobias Nickel (Head of Marketing Communications BMW Germany): “We go from a new media with the iPad. This will require new forms of advertising. We rely on the iPadvertorial, which combines advertising and informational content without being obtrusive. It is important to us that the use of the iPad in front of the TV or as a replacement newspaper at the breakfast table, is not affected by advertising, but enriched.”

Michael Frank (Managing Plan.Net): “Tablet devices like the iPad marks a new era of involvement and interactive advertising for which the users can provide an added value if it is properly designed in advance. The action page for BMW has relied on such user involvement and demonstrates the new possibilities of communication in the future. ”

Jochen Schmalholz (Head of Marketing Innovation BMW Group): “With interactive content, the magazine gets an extra dimension and expands leaving the possibility of full navigation capabilities.Table of contents and page numbers have had their day, as the reader may at any time directly controlling all aspects. ” 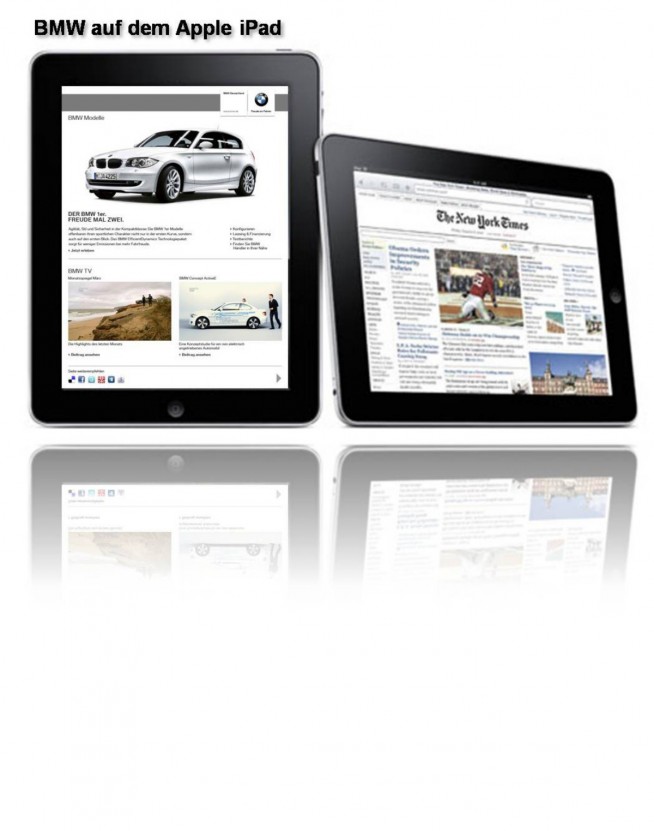 3 responses to “BMW will use the new iPad features”