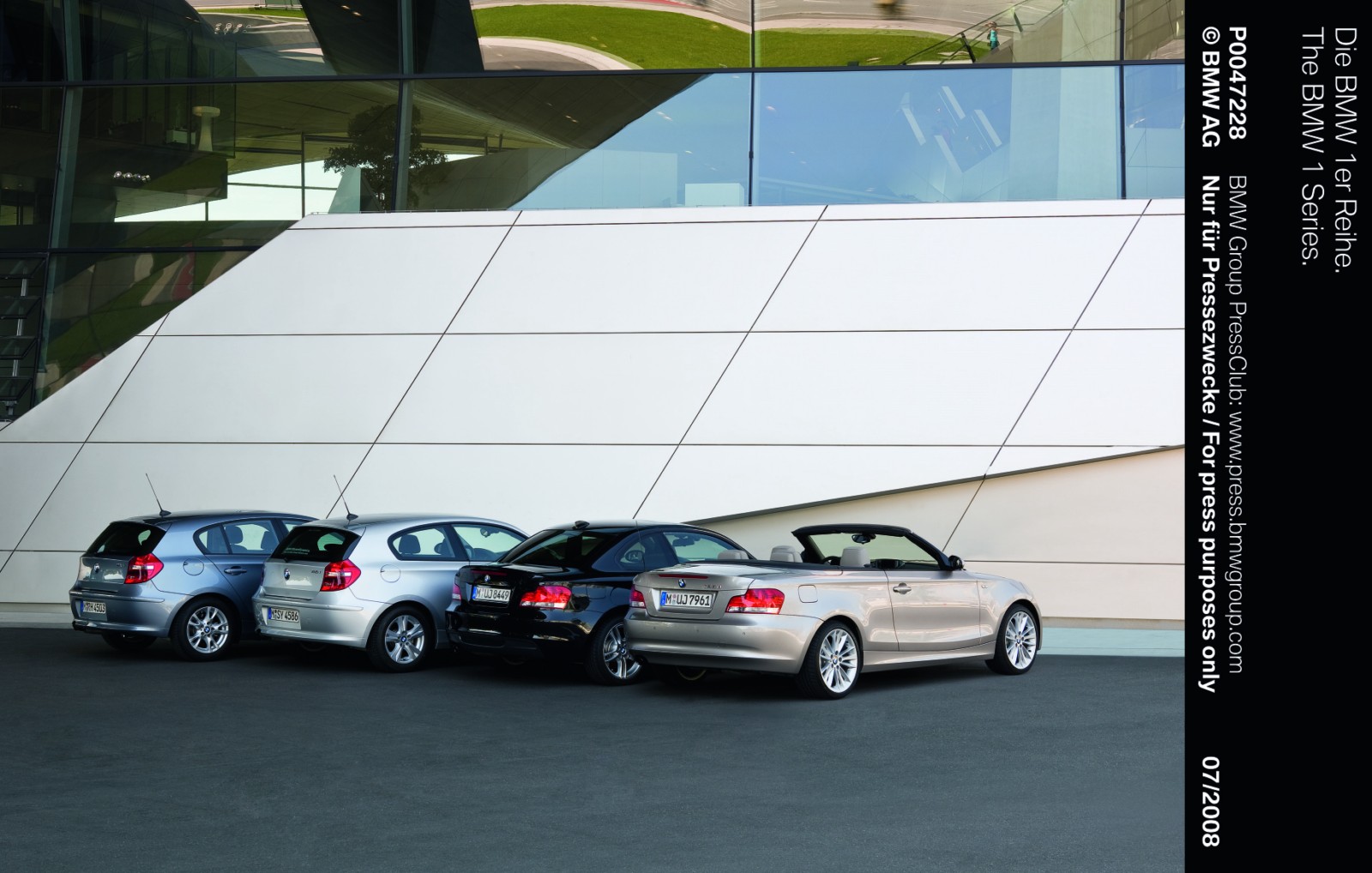 Five years of production, four body variants and one million times Sheer Driving Pleasure in the compact class. The BMW 1 Series has already reached a seven-digit production volume in its first model generation, clearly confirming its status as a genuine best seller in the international car market.

Accounting for one million units sold since its debut in 2004, the BMW 1 Series is also one of the driving forces for the outstanding success of the world’s leading manufacturer of premium cars.

The anniversary model was delivered to its proud owner on Monday, 12 April, on the occasion of the Leipzig Motor Show, the Auto Mobil International (AMI). The car, a three-door BMW 118d built at BMW Plant Leipzig, was handed over jointly by Frank-Peter Arndt, Member of the Board of BMW AG for Production, and Stanislaw Tillich, the Prime Minister of the Free State of Saxony, to a customer from Leipzig. 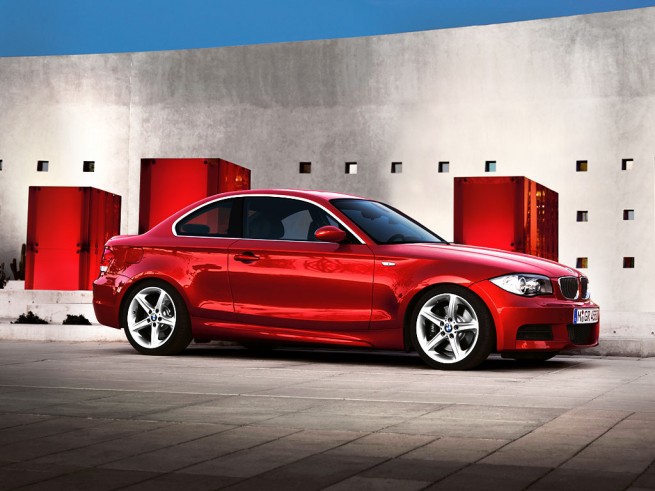 As yet a further essential feature, the BMW 1 Series is available with Active Steering varying not only steering assistance, but also the steering angle as a function of speed.

Germany’s leading premium manufacturer also proves the unique position of the BMW 1 Series versus its competitors through new concepts and philosophies in communication. Young, fresh, unconventional – this is how BMW’s highly successful compact model has been presented from the start. Highlights unforgotten to this day are the launch campaign starring Kermit, the frog from the Muppets Show, sitting at the wheel, or the highly dynamic launch campaign introducing the BMW 1 Series in the USA, where at an imaginary place in Bavaria the BMW 1 Series is to be “shot” straight to the USA on a gigantic ramp. And last but certainly not least in this context, the launch campaign for the BMW 1 Series Coupé was lauded as the best advertising by Auto Trophy, the German car magazine, under the title “Condensed Intensity”.

BMW 1 Series as the pacemaker in reducing both fuel consumption and CO2 emissions.

From the start, the BMW 1 Series played a significant role in giving BMW EfficientDynamics a broad impact in the market. The wide range of BMW EfficientDynamics technologies including Auto Start Stop, a Gearshift Point Indicator, Brake Energy Regeneration, Electric Power Steering as well as other ancillary units activated and operated on-demand – naturally all this featured as standard – highlights the four-cylinder models in the BMW 1 Series introduced in the 2007 model year for the first time.

Ever since, the ongoing popularity of the BMW 1 Series has helped to consistently reduce both fleet consumption and average CO2 emissions. In 2009, for example, the average CO2 emissions of all BMW Group cars registered in Europe was 150 grams per kilometre, equal to fuel consumption of just 5.9 litres/100 km (47.9 mpg imp). This once again makes BMW far superior to the most important competitors in the premium segment in terms of CO2 management and emission control.

Boasting a model range larger than ever before, the BMW 1 Series once again emphasises its unique position in 2010 as the pacemaker for efficient mobility combined with supreme driving pleasure in the compact class. In all, the four body versions of BMW 1 Series now come with a choice of six petrol and, respectively, four diesel engines. The power range extends from 85 kW/ 115 hp in the entry-level BMW 116d all the way to 225 kW / 306 hp in the two top athletes in the segment, the BMW 135i Coupé and the BMW 135i Convertible.

Currently no less than five models in the BMW 1 Series already come with a CO2 emission rating of less than 120 grams per kilometre. The absolute leader in terms of fuel efficiency and emission management in the series is the BMW 116d, its 2.0-litre four-cylinder diesel delivering maximum output of 85 kW / 115 hp, peak torque of 260 Newton-metres/192 lb-ft, and, in combination with various BMW EfficientDynamics technologies also featured as standard on this model, average fuel consumption in the EU test cycle of just 4.4 litres/100 kilometres – equal to 64.2 mpg imp – and a CO2 rating of 118 grams per kilometre.

The unusually good balance of driving pleasure and fuel economy makes the BMW 116d particularly attractive also for the operator and owner of company and commercial car fleets. Immediately after its launch into the market, BMW’s entry-level diesel scored a class victory in the campaign for the “Company Car of the Year 2009”. In this contest organised jointly by the German motor journal “Firmenauto” and the DEKRA Technical Inspection Company, the BMW 116d came first in the category of compact cars.

This award proves once again that fleet managers appreciate efficient driving pleasure in two respects as a feature helping to motivate a company’s employees and at the same time keep the company’s budget as low and economical as possible.

Internationally, the BMW 1 Series has likewise gained an outstanding reputation through its supreme efficiency: As early as in 2008, the three-door BMW 118d was chosen as the “World Green Car of the Year”. This special award presented by an international jury of motor journalists honours vehicles and technologies making a specific contribution to the reduction of emissions and in this way symbolising the outstanding environmental awareness of the respective manufacturer. 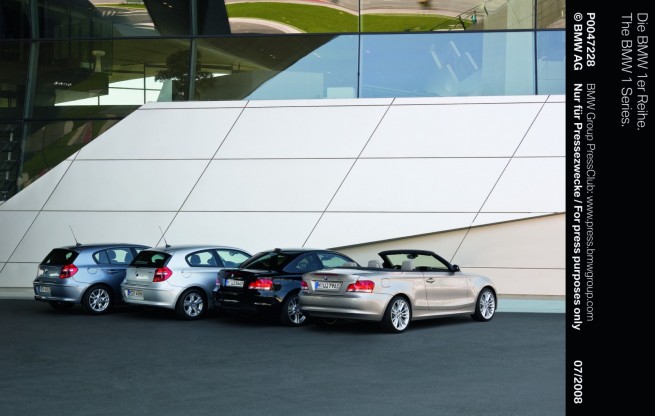 Premium quality and innovative model features for even greater driving pleasure in the compact class.

The BMW 1 Series is made even more appealing by its uncompromising premium quality and a wide range of model features quite unique in the compact segment. One example is the latest generation of BMW’s trendsetting iDrive control system also available in the BMW 1 Series. Originally conceived and developed for the luxury class, BMW iDrive ensures particularly easy and intuitive management of entertainment, communication, navigation, and comfort functions.

Another highlight again unique in the compact segment is the extremely wide range of driver assistance systems and mobility services offered by BMW ConnectedDrive. Hence, the BMW 1 Series may be fitted with features either not available at all from the competition or only in their top class and luxury models. These include a High-Beam Assistant, Adaptive Headlights or the Park Assistant, as well as unrestricted use of the internet in the car.

The services offered through BMW Assist and BMW Online may be used throughout Europe in the language of the car’s respective owner. Additional safety and comfort is ensured by the Enhanced Emergency Call function informing rescuers in the event of an accident of the type of damage and the likelihood of injury and thus ensuring appropriate medical services from the start, the Driver’s Profile function for convenient application of personal settings, or the Mobile Office / Online Office enabling the driver to use various office functions in his mobile phone, for example presenting and processing mails received in the car’s display.

Further highlights are the enhanced integration of Smartphones and external entertainment devices.

When going on a journey, the owner of a BMW 1 Series may download his route planned in advance through BMW Online into the car’s navigation system, putting together destinations and sights on the way or going to special destinations directly through Google Local Search.

The latest weather information, to present yet another example, may be shown in the navigation map and the Enquiry Service is able to provide data on automatic cash machines, local pharmacies as well as cultural events, flights, restaurants or hotels, specialists at the BMW Call Center making bookings or reservations on request for the driver and his passengers.

Particularly attractive, sophisticated and carefully matched features are available in the 2010 model year in both the Lifestyle and Sport Edition models of the three-door and five-door BMW 1 Series.

Production of the BMW 1 Series at BMW’s ultra-modern Leipzig Plant stands for maximum efficiency, flexibility, and quality. The outstanding level of quality is also borne out by the lasting value of the car and its superior reliability confirmed time and again in non-partisan tests. Currently, for example, the BMW 130i holds the top position in the ranking of endurance car tests carried out by the German car magazine “Auto Bild”: Covering a distance of 100,000 kilometres or 62,000 miles, this sporting version of BMW’s most compact model scored the best result of all cars tested in 2009. Giving the BMW 130i a 1+ mark, the journal’s professional testers lauded it clearly as the “Best Auto Bild Endurance Test Car of All Times”.

BMW Plant Leipzig plays an important role in the current and future plans of Germany’s leading premium car maker. Currently both the BMW 1 Series and the BMW X1 are built in Leipzig. At the same time, however, BMW Plant Leipzig is being prepared for production of an all-electric production model currently being developed by the BMW Group. The plan is to establish an integrated production network with two sites in Bavaria, important components being built in Wackersdorf and Landshut and the car itself, the Megacity Vehicle planned as part of BMW project i, coming off the production line in Leipzig.

BMW Plant Leipzig was built in the north-east of the city at an investment of more than Euro 1 billion and is conceived as a production plant with an integrated Delivery Centre for external suppliers. Some 5,000 employees work throughout the entire premises on the production of premium cars for the BMW brand, making BMW the biggest employer in Leipzig.

Applying flexible working time concepts and shift systems, BMW Plant Leipzig currently builds up to 700 cars a day and more, depending on demand in the market.

Ever since the Plant started production in 2005, no less than 662,000 cars have come off the line here. In Germany alone, sales of the BMW 1 Series amount to 336.017 units since the introduction of this model.