BMW announced today that the 17th Art Car created by Jeff Koons will race where the first BMW Art Cars raced – at the 24 Hours of Le Mans in France, June 12-13, 2010. Koons also unveiled for the first time his preliminary design concepts. Koons’ canvas is a BMW M3 GT2, which was homologated to compete at this year’s running of the world’s most famous endurance race.

In another nod to tradition, Koons will present the world premiere and sign his car at Paris’ Centre Pompidou on June 1, 2010, just as Roy Lichtenstein did in 1977.

As part of his creative process, the artist looked at the history of race car graphics, light bursts and speed. The resulting graphic conceived by Koons is evocative of power, motion and light. The artist uses his signature saturated hues on a black background set against the car’s silver interior, which he himself chose. The design imparts a dynamic race car appearance even when it’s standing still. 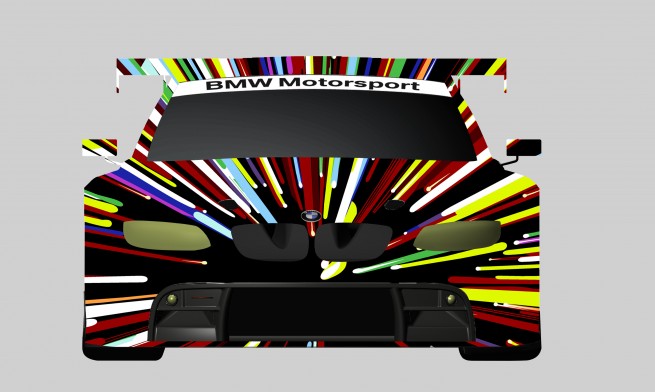 Unfortunately due to a conflict scheduling we couldn’t attend the event today, but later in the evening, we will give you exclusive images from three weeks ago when our own Andrew Murphy received a behind the scenes look at Jeff Koons and the Art Car Experience. 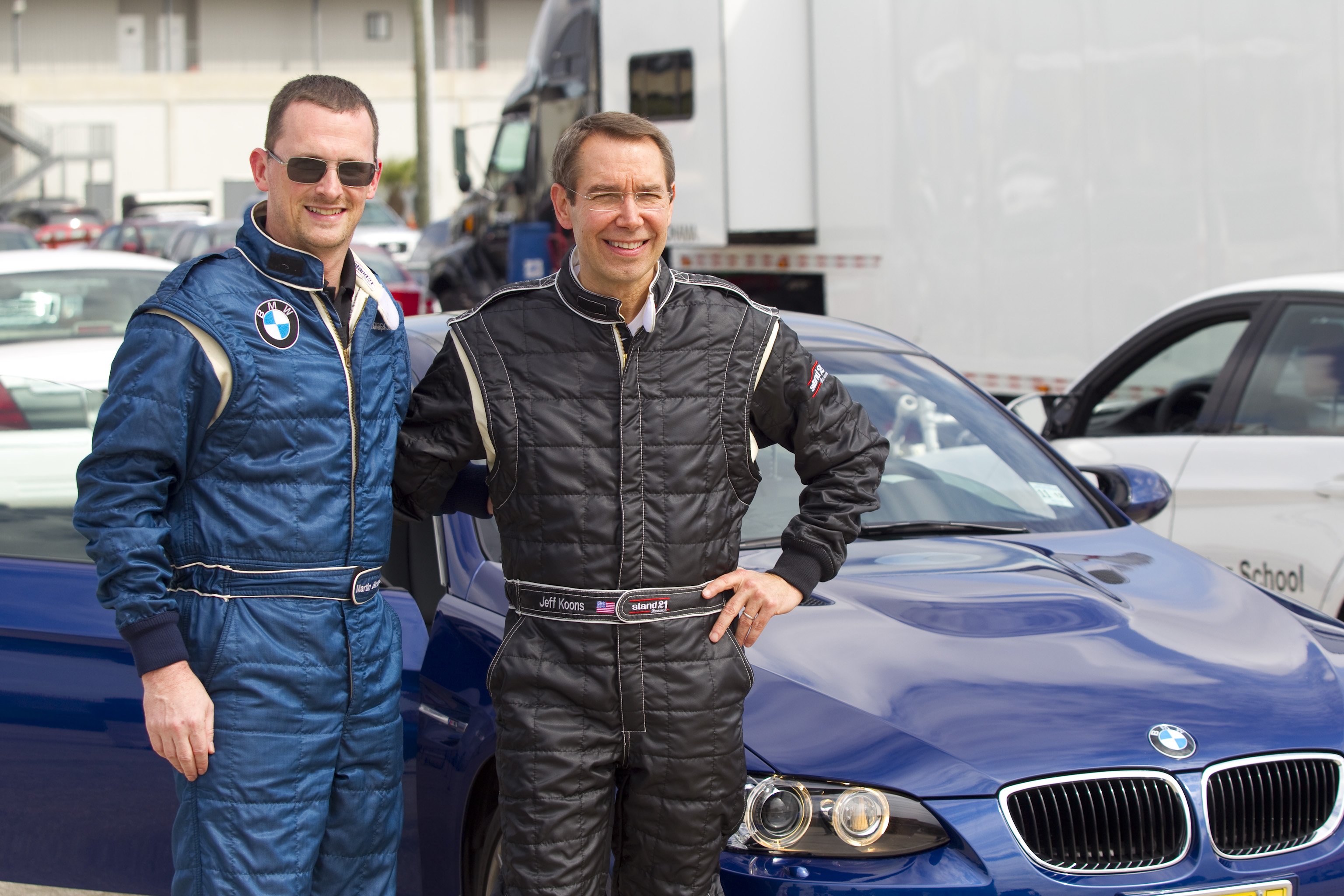 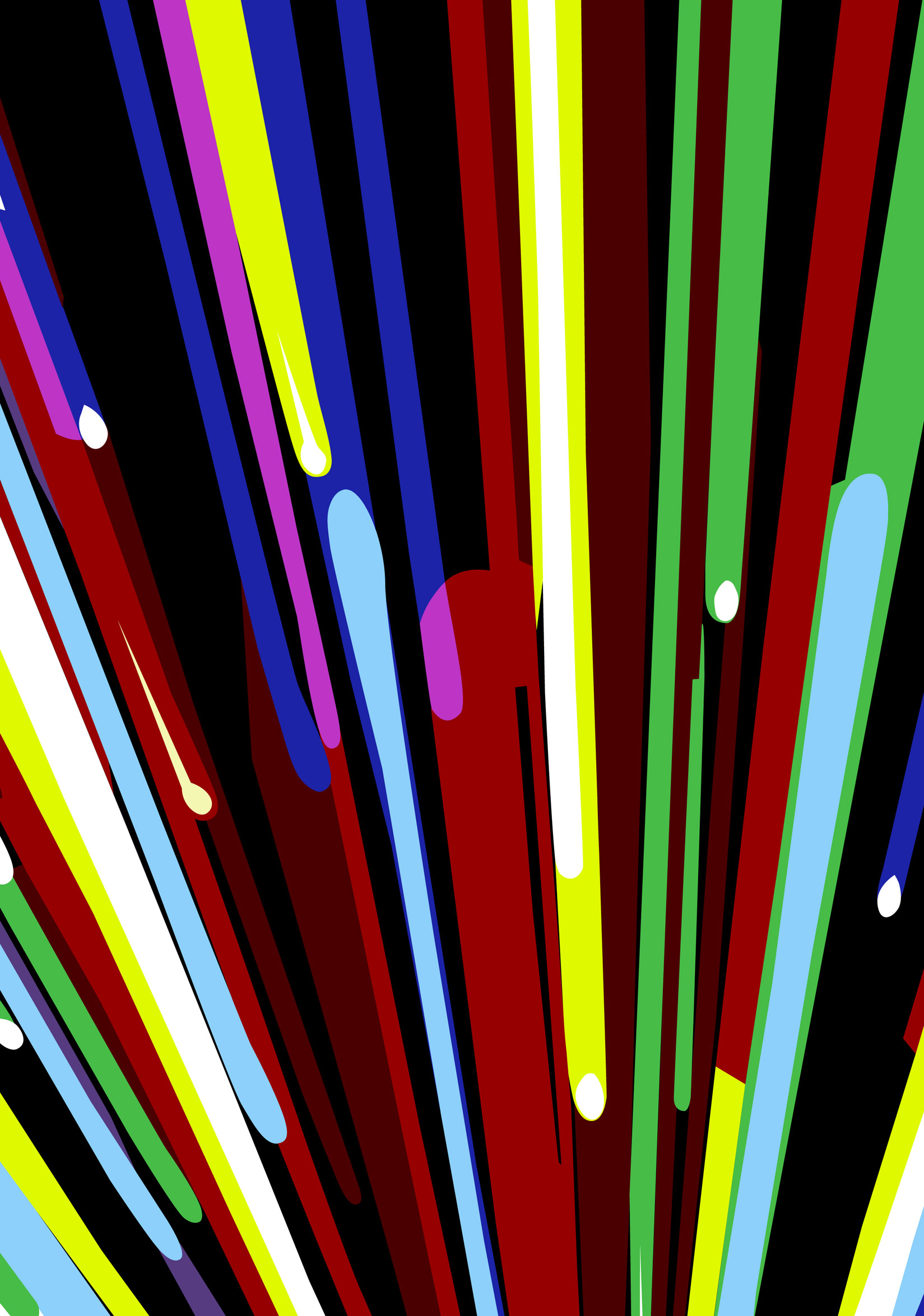 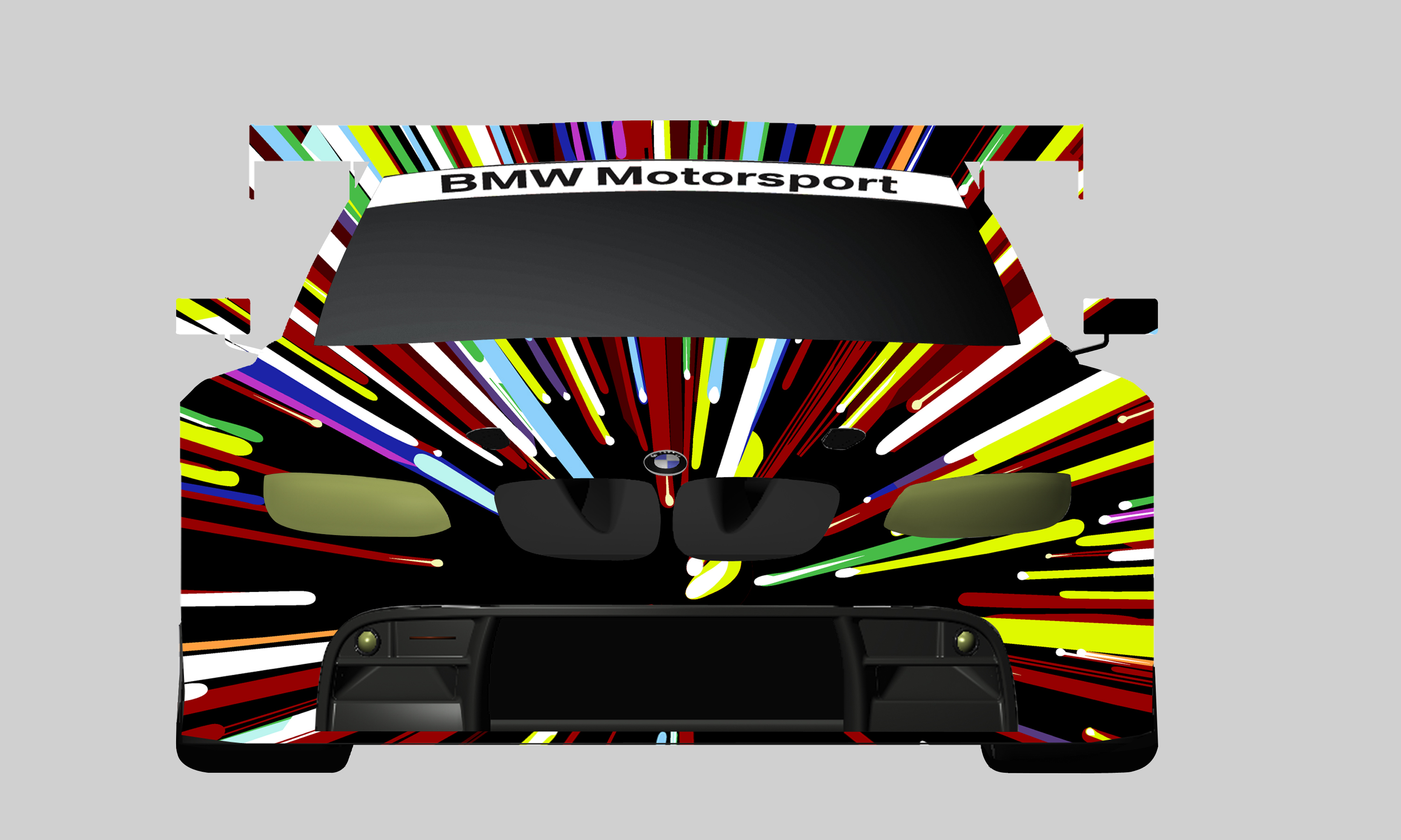