MINI E cars were handed over to UK test drivers 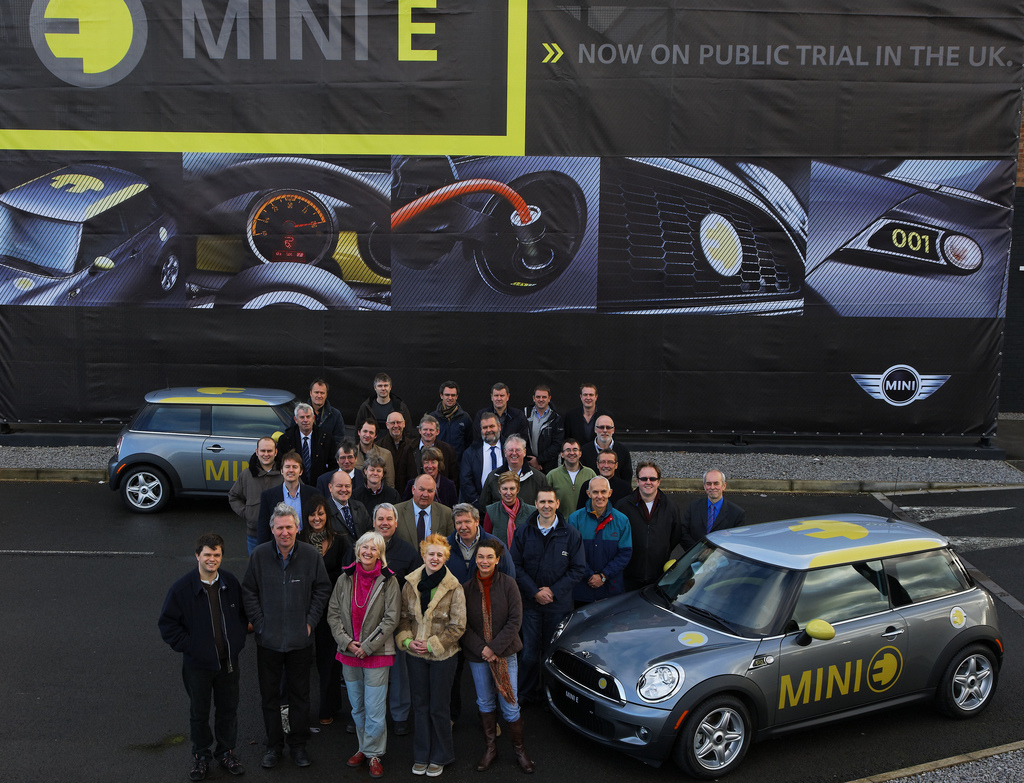 On 13 December 2009 at MINI’S Oxford plant, forty electric MINI E cars were handed over to their test drivers, who are all members of the public. This marks the start of two consecutive six-month field trial periods which will evaluate the psychological, social and technical aspects of living with an electric car. The findings will be used both to inform the BMW Group engineering teams, as they create zero emissions vehicles for the future, and the wider world to help guide power providers, policy makers and component manufacturers in their decision making.

The BMW Group has played a pioneering role in the development of sustainable private transport through ever more efficient petrol and diesel power plants. This is being achieved through the comprehensive application of a wide range of technologies, collectively known as Efficient Dynamics. More than 1.6 million cars worldwide have been sold with Efficient Dynamics technology integrated into their design. The company also has a long-term commitment to the development of both hybrid and hydrogen powertrains. 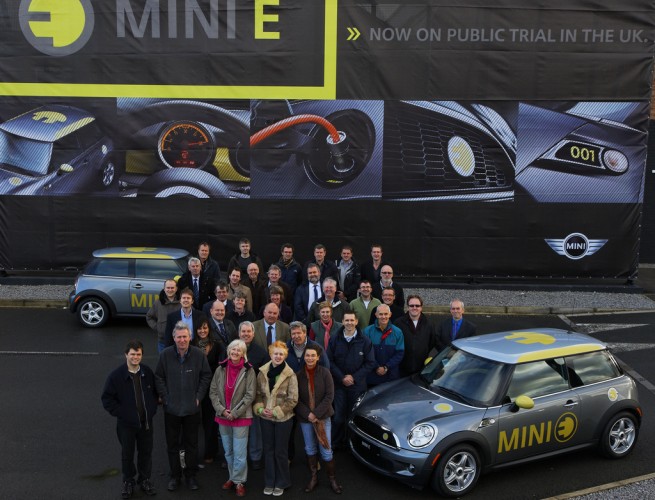 “This is a historic day for MINI and for the BMW Group” said Tim Abbott, Managing Director of BMW Group (UK). “It is fitting that the brand with its inspiration in the oil crisis of the 1950s is again at the forefront of energy efficiency with a car that is guaranteed to put a smile on your face.

“I would like to thank our partners in the consortium – Scottish and Southern Energy (SSE), Oxford Brookes University, the South East England Development Agency (SEEDA), Oxford City Council and Oxfordshire County Council” he added. “It is only through such partnerships of technical, commercial, academic and political competences that we can achieve our goal of sustainable mobility.”

The trial is a collaborative effort within a BMW Group UK-led consortium. Additional funding is provided by the Government-backed Technology Strategy Board and the Department for Transport (DFT) as part of a UK-wide programme involving trials of 340 ultra-low carbon vehicles from several manufacturers.

To cover the research and investment costs of the project a MINI E would normally cost in the region of £550 a month to lease, however part funding from the Government’s Technology Strategy Board means that the lease cost to MINI E pioneers is just £330 per month, which includes VAT, insurance, service and maintenance. Over and above this payment, the only other costs that MINI E pioneers will incur are for the electricity they use when charging their car. A full charge at home (for a completely flat battery) costs just £1.50 when using off-peak electricity or around £4.00 when charging during peak hours. This translates to just over a penny a mile when charging off-peak.

Following the launch of the MINI E research projects in North America and Germany, the UK trial is a collaborative effort from a BMW Group UK-led consortium.

“This pioneering trial will help us better understand the usage patterns for electric vehicles, a key issue for the energy industry over the coming years,” said Mark Mathieson, Director of Distribution for Scottish and Southern Energy. “It is clear that electric vehicles will play an important role in a lower carbon future. As a company with considerable investment in renewable energy generation, this is something we are already firmly committed to.”

Oxford Brookes University’s Sustainable Vehicle Engineering Centre will manage the collation of qualitative and quantitative research throughout the UK trial. This will include analysis of driver experiences with the MINI E, as well as reviewing the technical information provided by the data-logging units fitted to every MINI E.

The consortium is strengthened by public sector organisations from the South East England Development Agency (SEEDA), Oxford City Council and Oxfordshire County Council. Pam Alexander, SEEDA Chief Executive, said: “SEEDA is delighted to be contributing £825,000 to this exciting collaboration. We aim to drive growth in the South East through innovation which creates prosperity and high value jobs. A core aspect of our focus is to develop green technology and a sustainable transport infrastructure to win global market share in the technologies that will deliver a low carbon future.”

SEEDA, Southern and Scottish Energy, Oxford City Council and Oxfordshire County Council are trialling 20 of the MINI E trial cars in a fleet environment. This requires the establishment of an appropriate technical infrastructure in each organisation’s local area and contributes further to the consortium’s common objective of being at the forefront of sustainable transport initiatives.

The MINI E’s electric drive train produces a peak torque of 220 Nm and a power output equivalent to 204hp. Drive is delivered to the front wheels via a single-stage helical gearbox. This unique engine and transmission arrangement powers the MINI E seamlessly to 62 mph in 8.5 seconds and on to an electronically-limited top speed of 95 mph.

Based on the familiar MINI Hatch, MINI E is a two-seater because the space normally used by rear passengers is reserved for a lithium-ion battery. This state-of-the-art rechargeable battery unit combines high output with ample storage capacity and a remarkable power output. It has a maximum capacity of 35 kilowatt hours (kWh) and transmits energy to the electric motor as a direct current at a nominal 380 volts. It comprises 5,088 cells grouped into 48 modules, which are packaged into three battery elements arranged compactly inside the MINI E.

Driven by electricity: zero emissions at point of use, at minimal cost

A full recharge draws a maximum of 28 kilowatt hours of electricity from the grid. Each kilowatt hour translates into 5.4 miles giving the MINI E a theoretical range of over 150 miles. Besides the benefit of zero-emissions driving, at point of use, the MINI E offers significant economic advantages over a vehicle powered by a conventional internal combustion engine.

As soon as the driver lifts his or her foot off the accelerator pedal, the electric motor acts as a generator. This results in braking force and the power recovered from the kinetic energy is fed back to the battery. In city traffic, some 75 per cent of all deceleration can be done without the brakes. Making substantial use of this energy regeneration feature extends the car’s range by up to 20 per cent and contributes to a smooth driving experience.

The MINI E proves that more sustainable cars do not have to be dull. BMW Group is committed to producing products that are fun to drive, and this is also an essential part of MINI’s DNA. The MINI E demonstrates all the traditional MINI characteristics – go kart-like handling, whizzy acceleration, positive feedback through the steering wheel and a cosseting cockpit. It may be electrically-powered but MINI E remains a grin-a-minute.

The BMW Group has been involved in alternative energy research for many years and built several electric research vehicles, based on the BMW 2002, as far back as 1972. These cars participated in the 1972 Munich Olympics by supporting the runners in the Marathon.

“We are delighted to have announced recently that BMW Group will become a Tier 1 partner for the 2012 London Olympics,” explained Tim Abbott. “We will supply around 4,000 vehicles for the use of athletes, officials and media both for the Olympics and the Paralympics. The vehicles will include low emission EfficientDynamics cars, bicycles and motorcycles. Our latest zero emissions cars will be showcased too.”