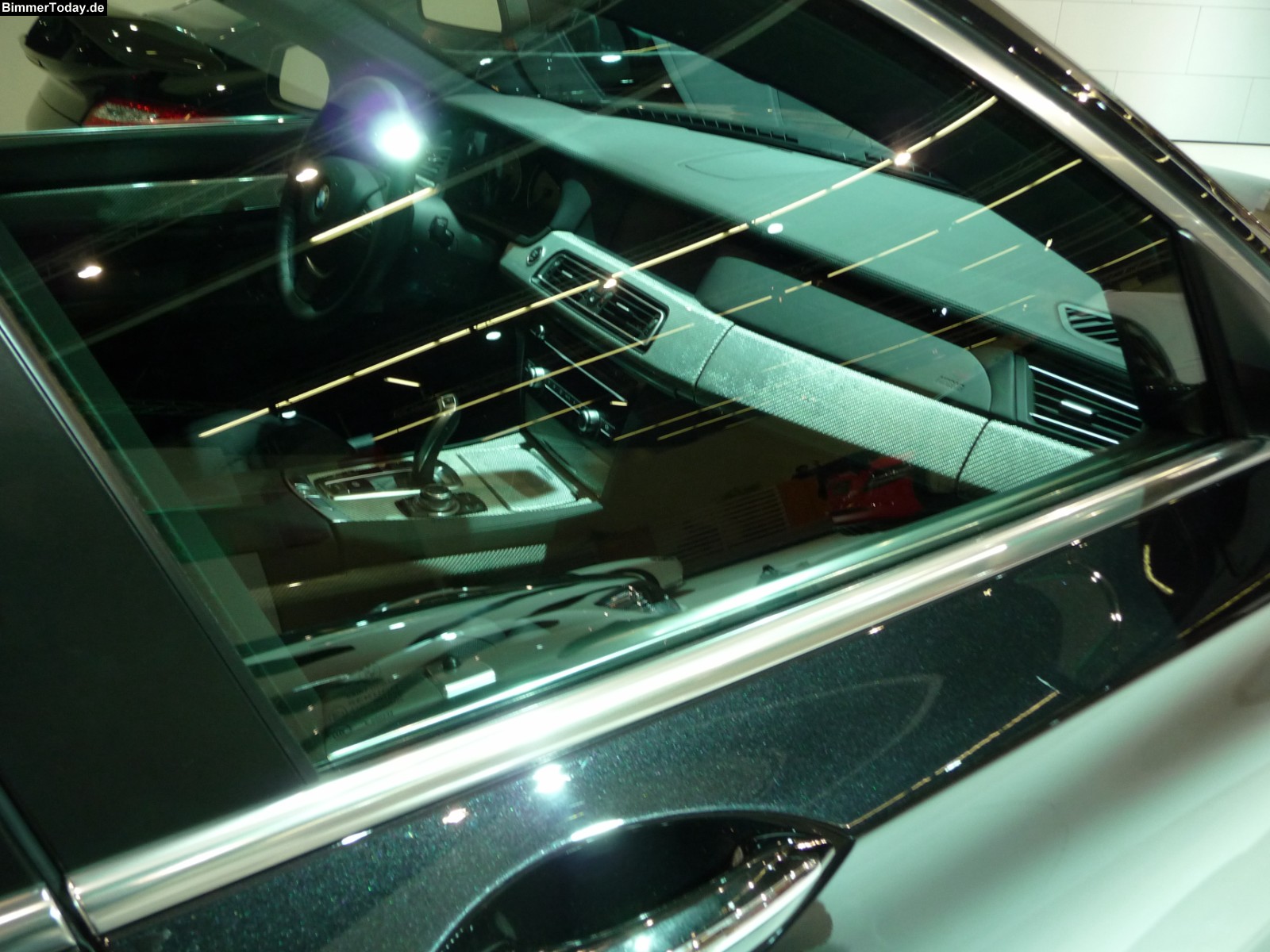 The beauty of attending an European car show is the opportunity to see the work of many famous tuning companies. Companies like Hamann, Brabus and others have a constant presence at these auto shows displaying their latest models.

The German based tuner Hamann brought out a variety of vehicles, from a Ferrari California and BMW 7 or X6, to Fiat 500. The Hamann 7 Series was introduced earlier this year and followed through with several small upgrades.

The exterior has been obviously received the most upgrades, starting with a new front skirt and continued with a roof and rear spoiler. LED daytime running lights which are integrated in the new front skirt, render a sporty-dynamic look.

The dual twin pipes sticking out of the rear end and the wider side skirts enhance the overall aggressive look that Hamann gives to the new 7.  To fit the wider body, Hamann offers a quite large selection of wheels, from 19 inch all the way up to 22 inch, wheels that fit on 265/30ZR22 and 295/25ZR22 tires.

The four progressively coiled chassis springs which lower the center of gravity with the models 730d, 740i by 40 millimeters at the front- and rear axles, render a dynamic appearance. For the models 750i and 750Li, there is a lowering kit consisting of two chassis springs and an evening kit.

In the power department, Hamann managed to increase the stock 245 horsepower on the 730d to a whooping 290 horsepower.

Inside, the Hamann 7 Series gets non-slip aluminum pedals and foot rests, as well as floor mats matching the interior colors. Plenty of carbon-fiber parts have been used by Hamann, such as decorative strip pieced for dashboard, inside door handle covers front & rear, decorative strip 3 pieced for center console, ashtrey cover, cover for cup holder panel and cover for hat rack.

Overall, a great looking car, but definitely not for everyone. Some might see it as the perfect tuned up 7, but others might think of it as too “flashy”. 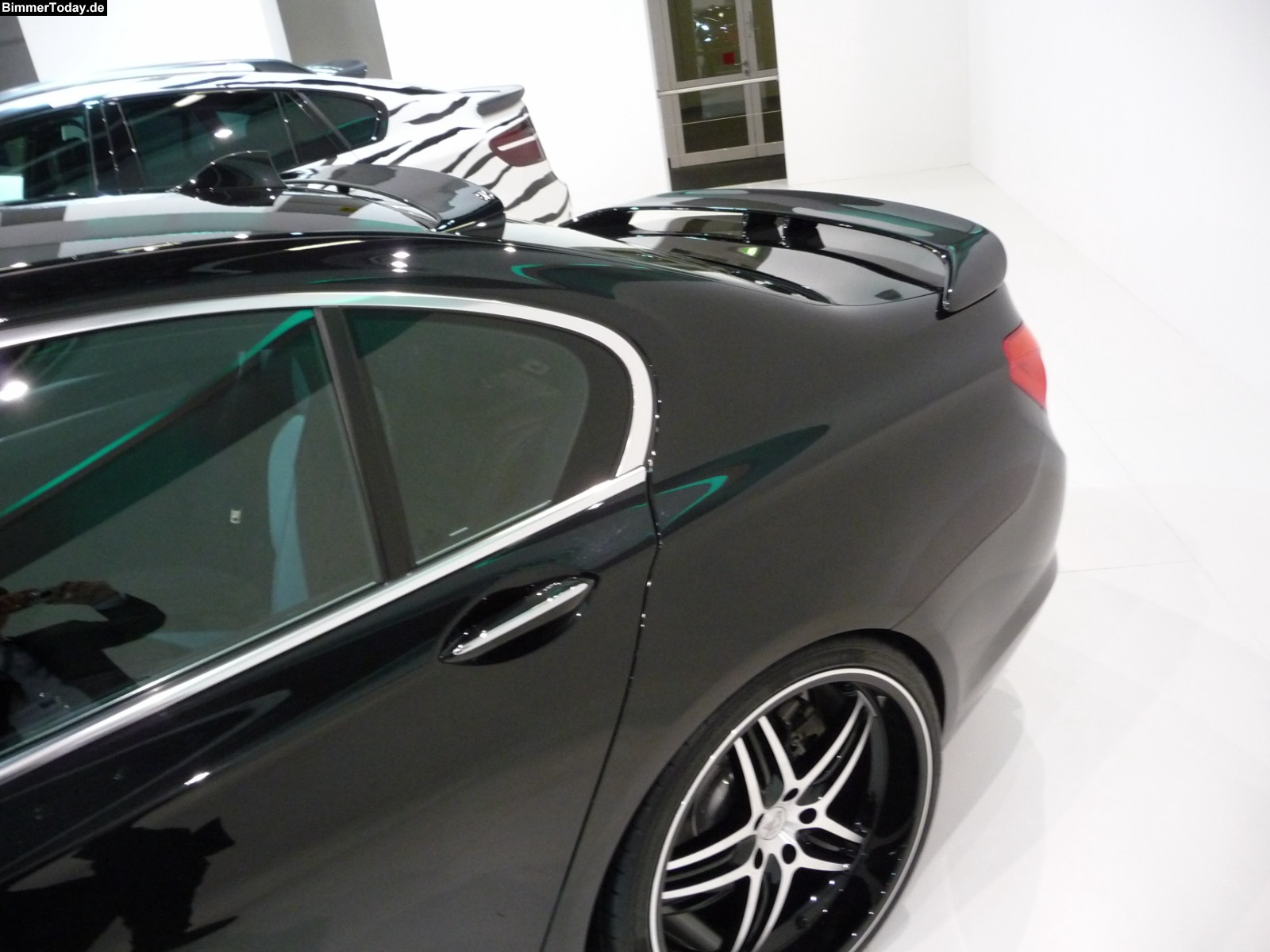 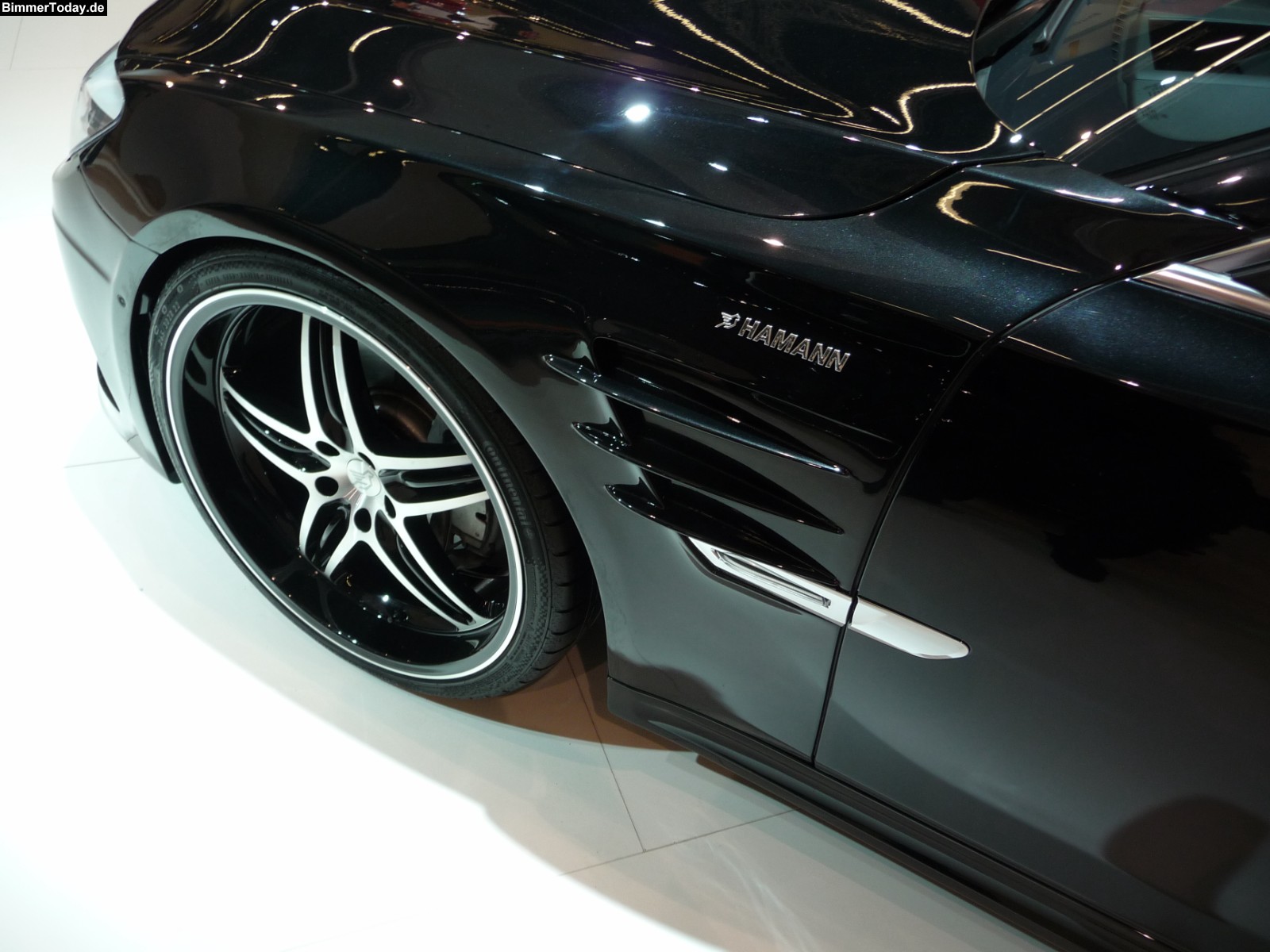