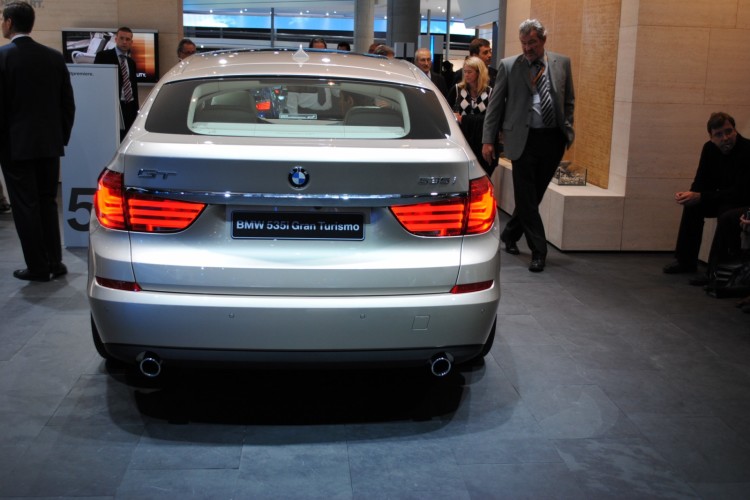 Another highly awaited debut at the Frankfurt Auto Show, was the new BMW 5 Series GT. We’ve mentioned in the past few months that the 5 GT is one of the most controversial vehicles built by BMW in the past few years, competing against the X6 SAC, another misunderstood model.

Along with the BMW X1, the 5 Series GT was one of the most popular BMW vehicles displayed on the floor in Hall 11. Journalists were intrigued about BMW’s Gran Turismo with most of them being interested more in the interior design and cargo space.

BMW reiterated that the 5 GT will indeed make it to the U.S. at the end of this year and it will be one of BMW’s niche models. The upcoming 2010 5 Series will join the 5 GT in the new family and both cars are expected to do really well. 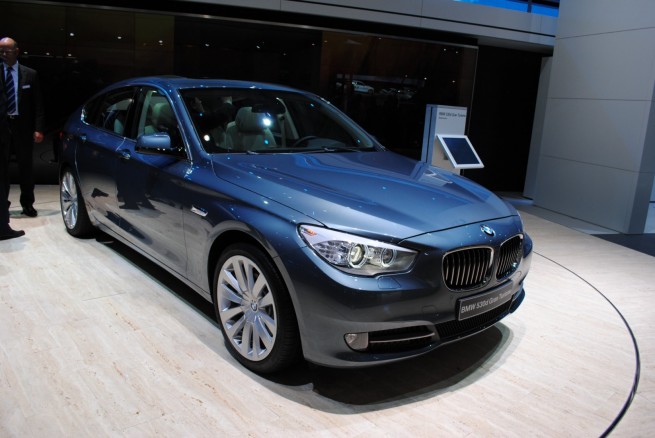 In an interview with Christopher Weil, designed of the 5 GT, we learned that the Gran Turismo design project started in 2006. There are more information that we learned during the interview, but we will have it up in the next day.