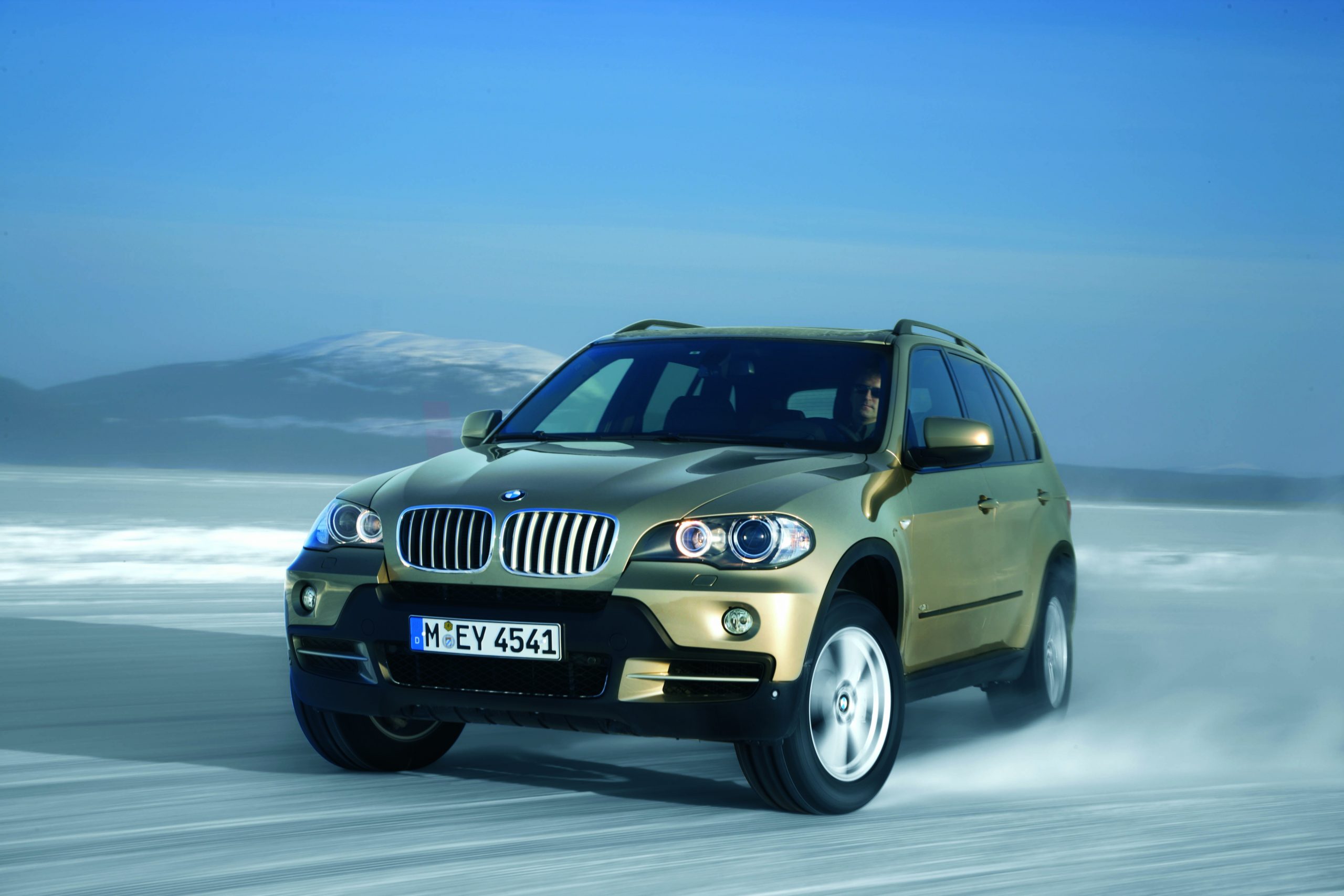 BMW celebrates today 10 years since the first BMW X5 was displayed at the Detroit Auto Show. BMW was the first to break into the Sports Activity Vehicle market by going with a different design approach than the abundance of SUVs available at that time.

With over 845,000 units of the X5 sold, BMW can certainly be proud of their achievement. Keeping consistent with their seven years cycle of launching redesigned models, BMW released the second generation of the BMW X5 in 2006.

The BMW X5 is being built at the Spartanburg plant in South Carolina, along with the other X models.

In 2007 the BMW X5 received the design award “autonis” of the automobile journal “auto motor und sport” for the most attractive design and a gold award in the J.D. Power customer satisfaction study in North America, as well as securing class victory in the “auto 1” competition of the international “Auto Bild” Group. These prizes were followed in 2008 by class victory in the “auto, motor und sport” readers’ vote “The best cars”.

A great car that has been one of my favorite bimmers in the past 10 years, it struck me as being simple and dynamic, despite the initial criticism it received regarding the interior design. I can only wait to see which direction will BMW take the next X5 towards to. 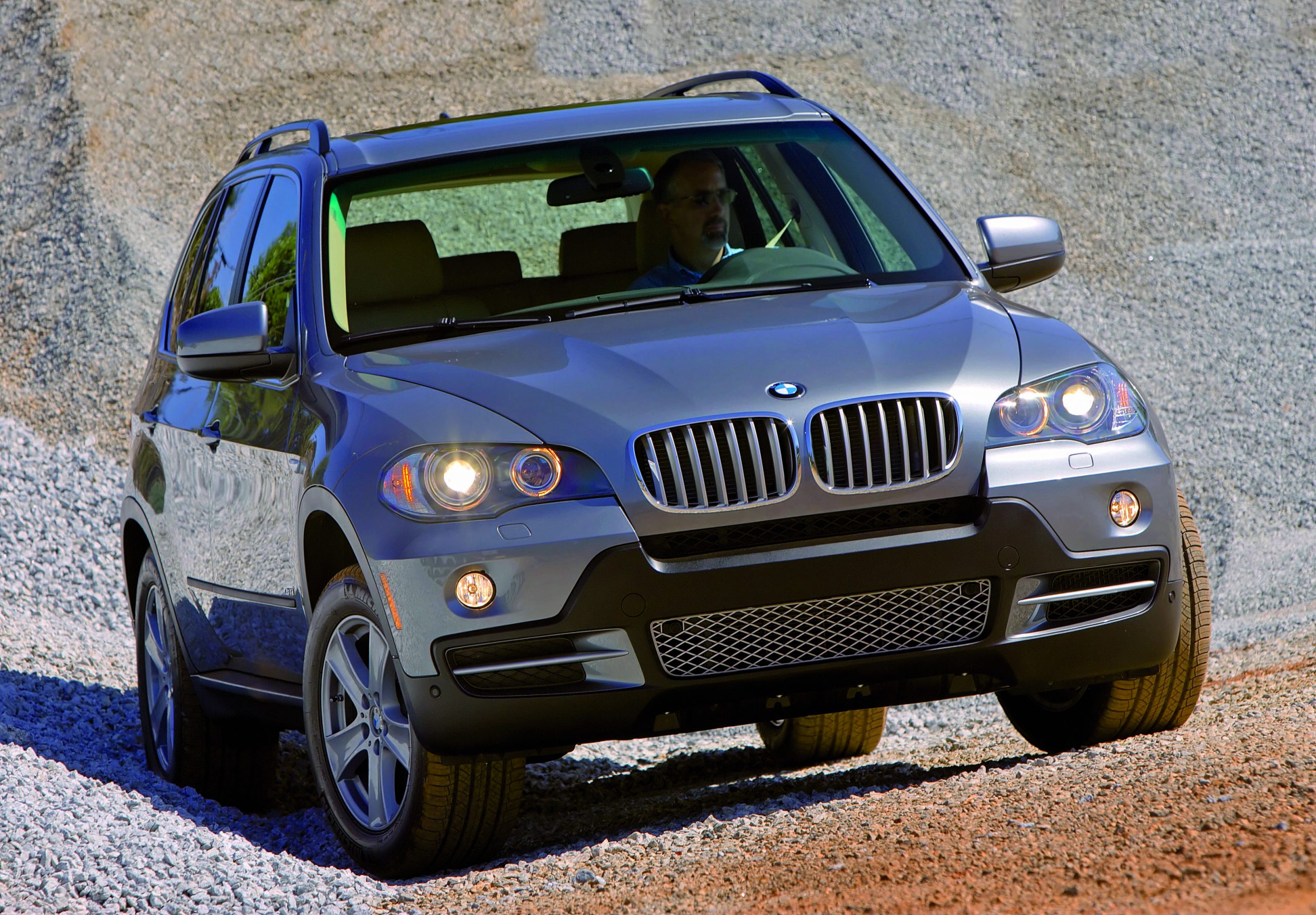 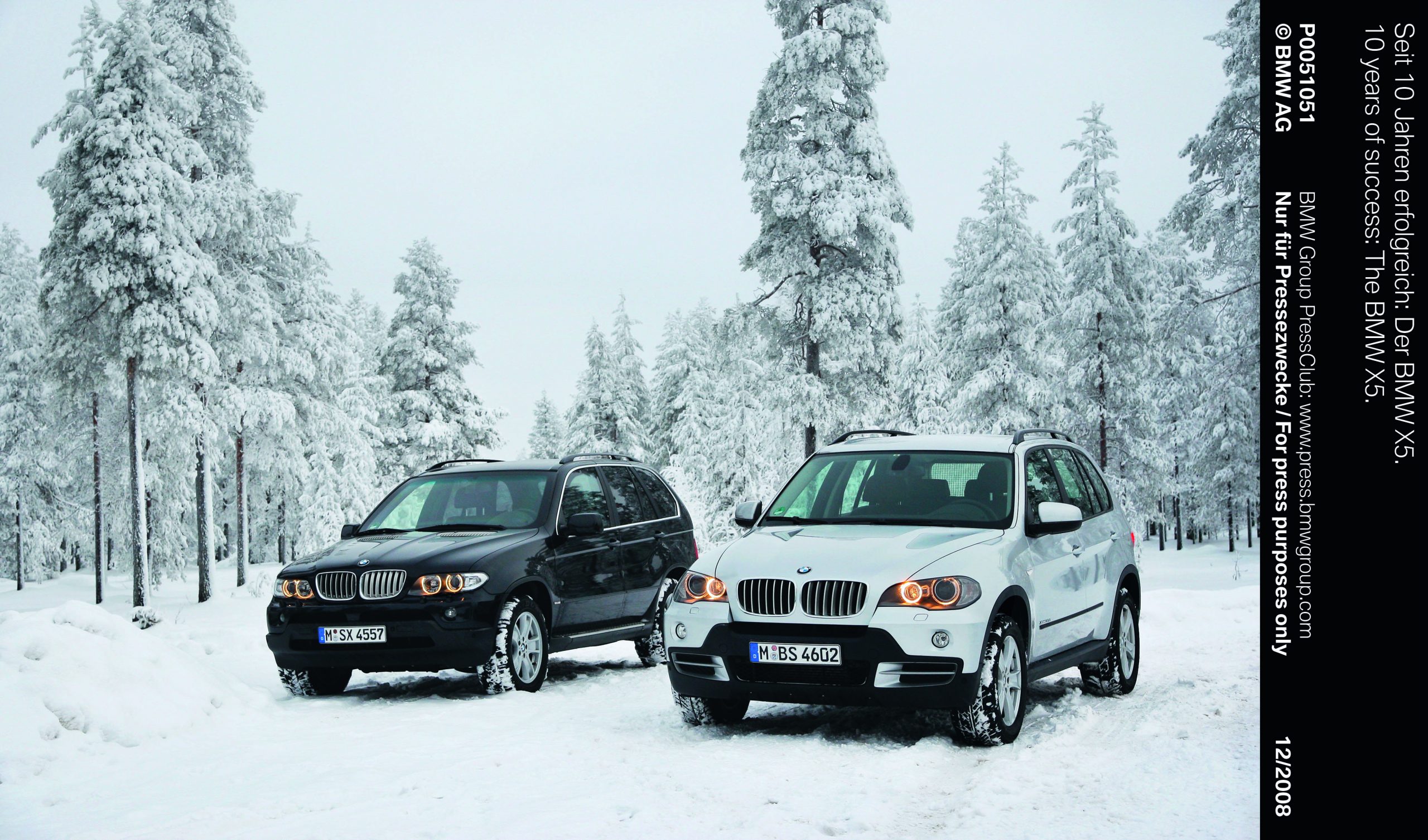 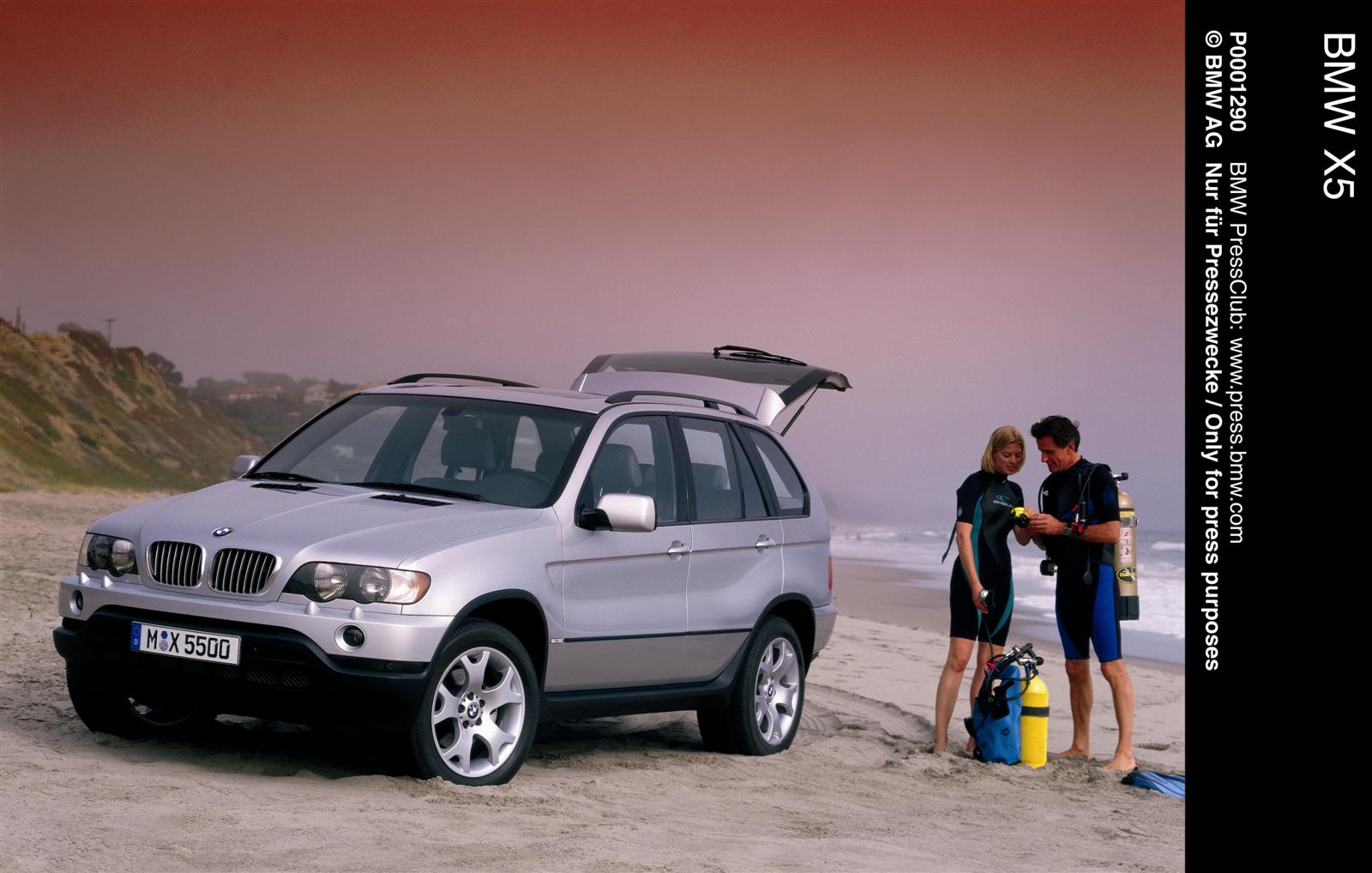 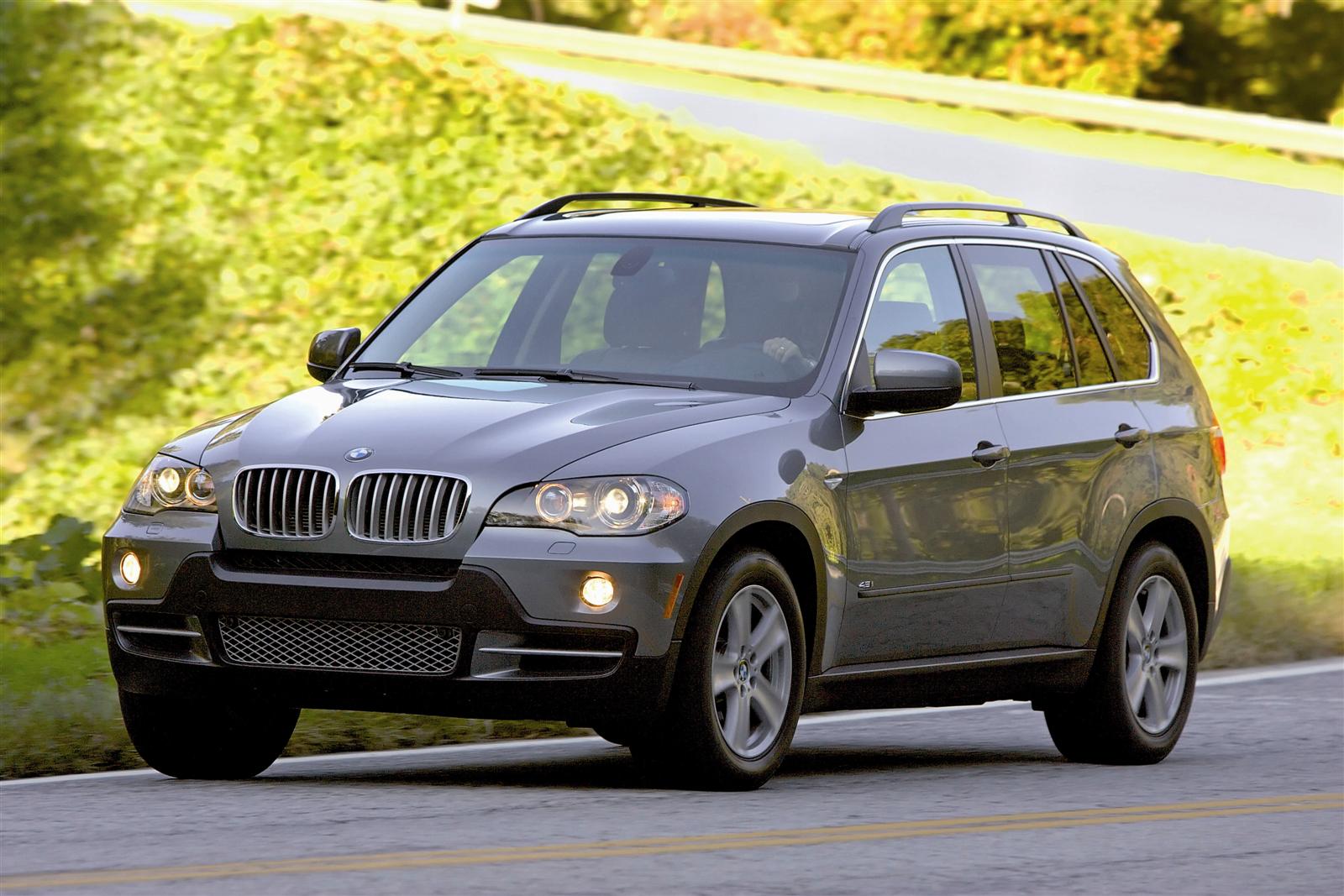 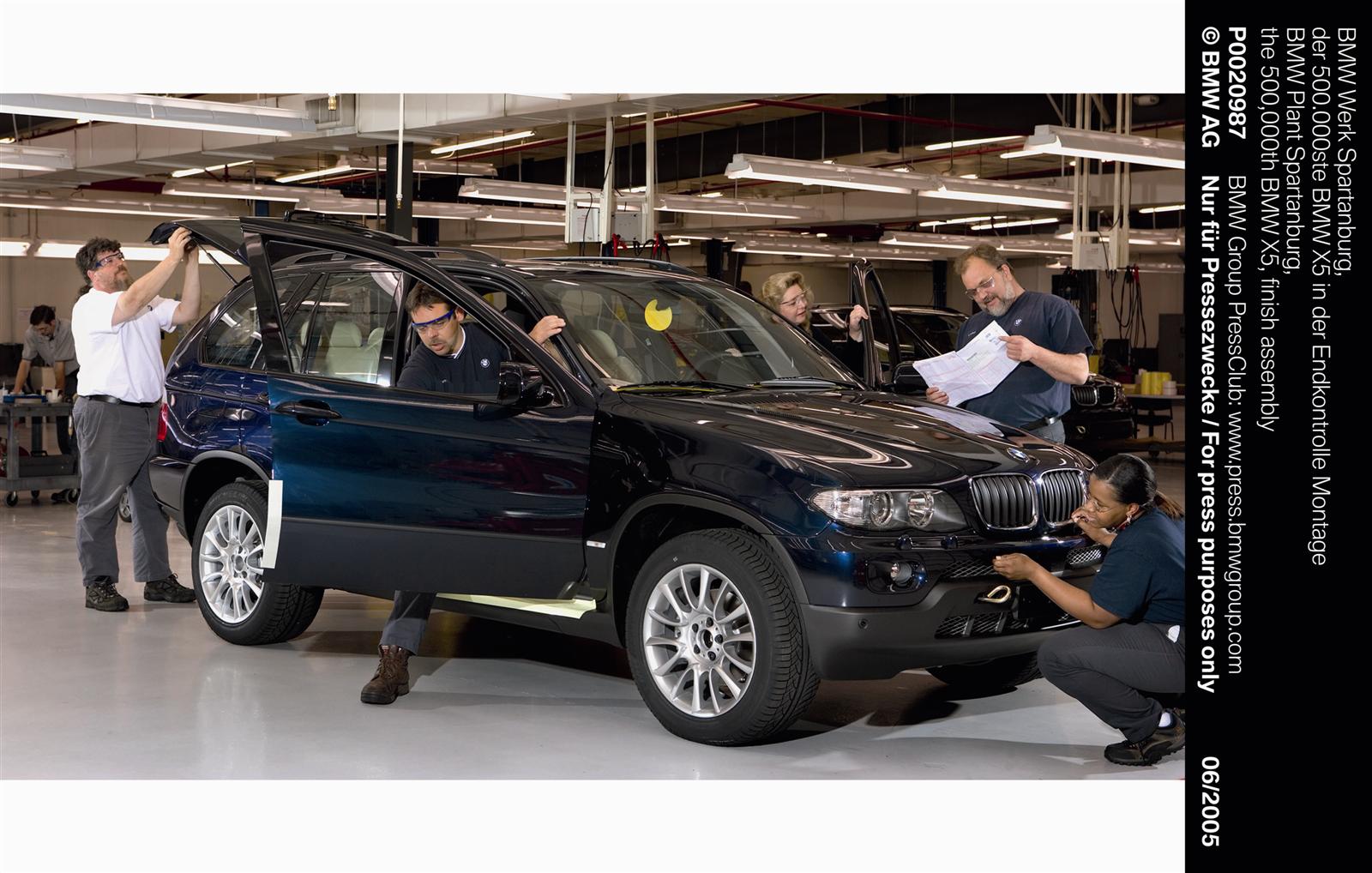 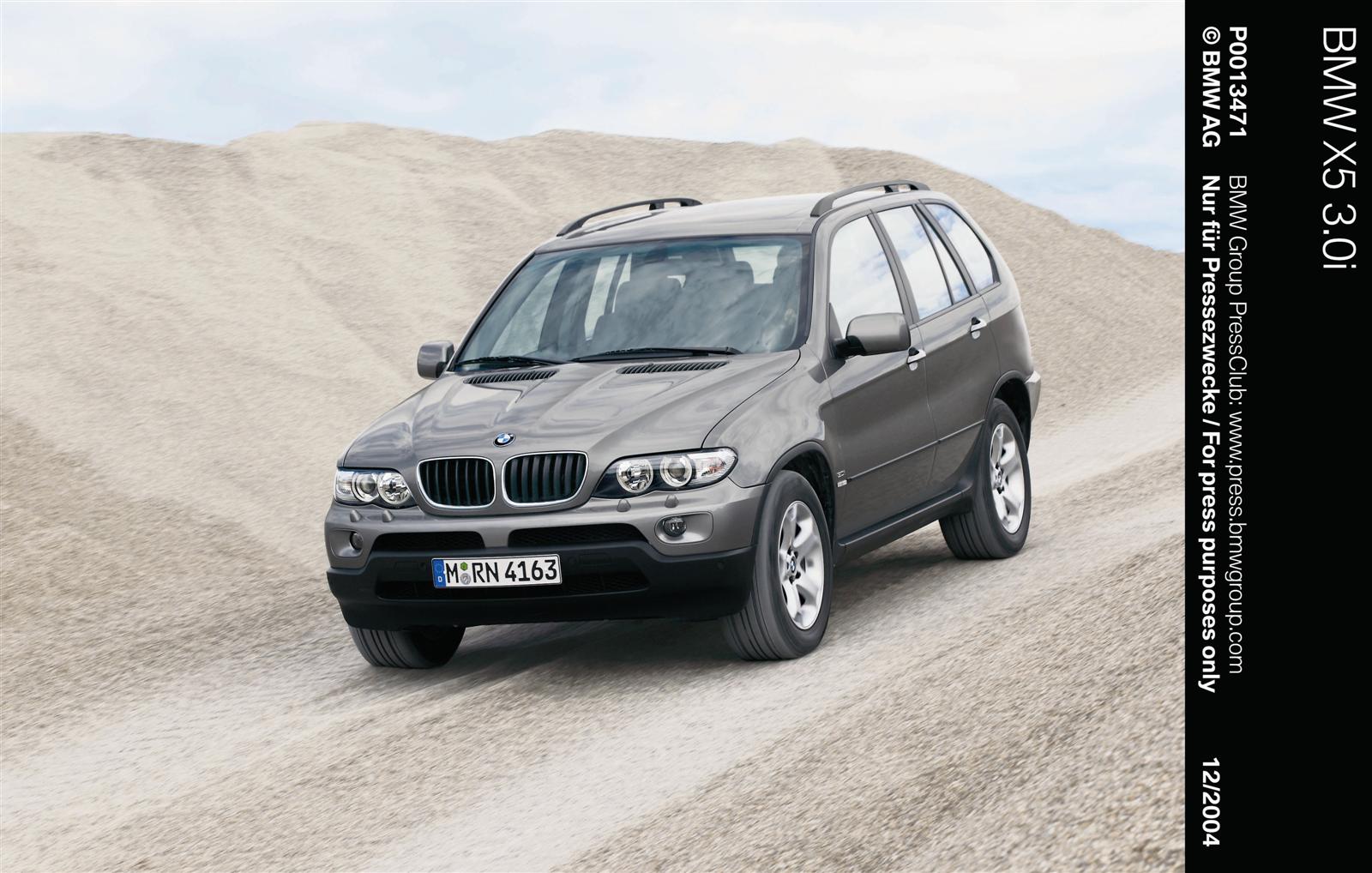 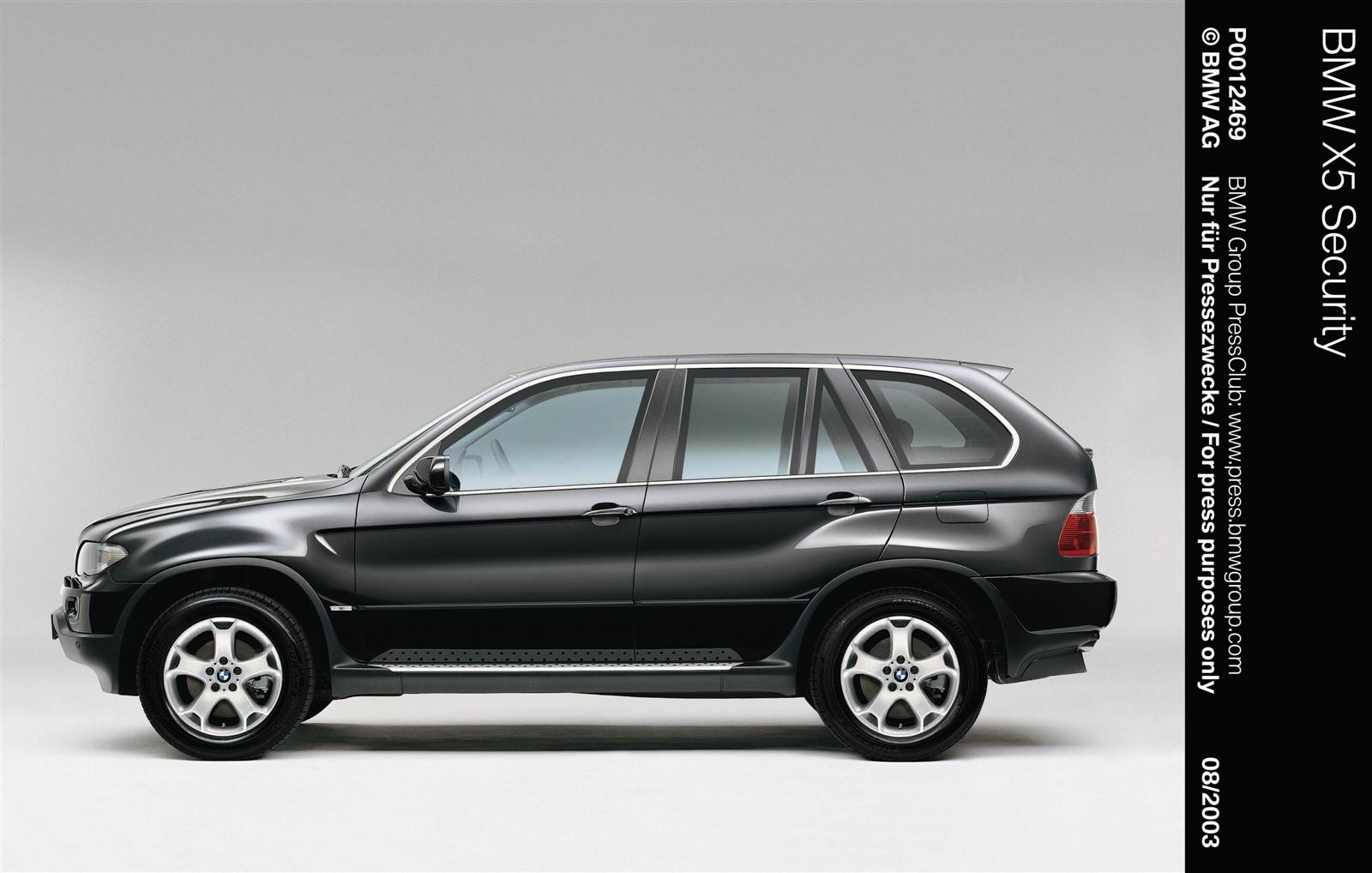 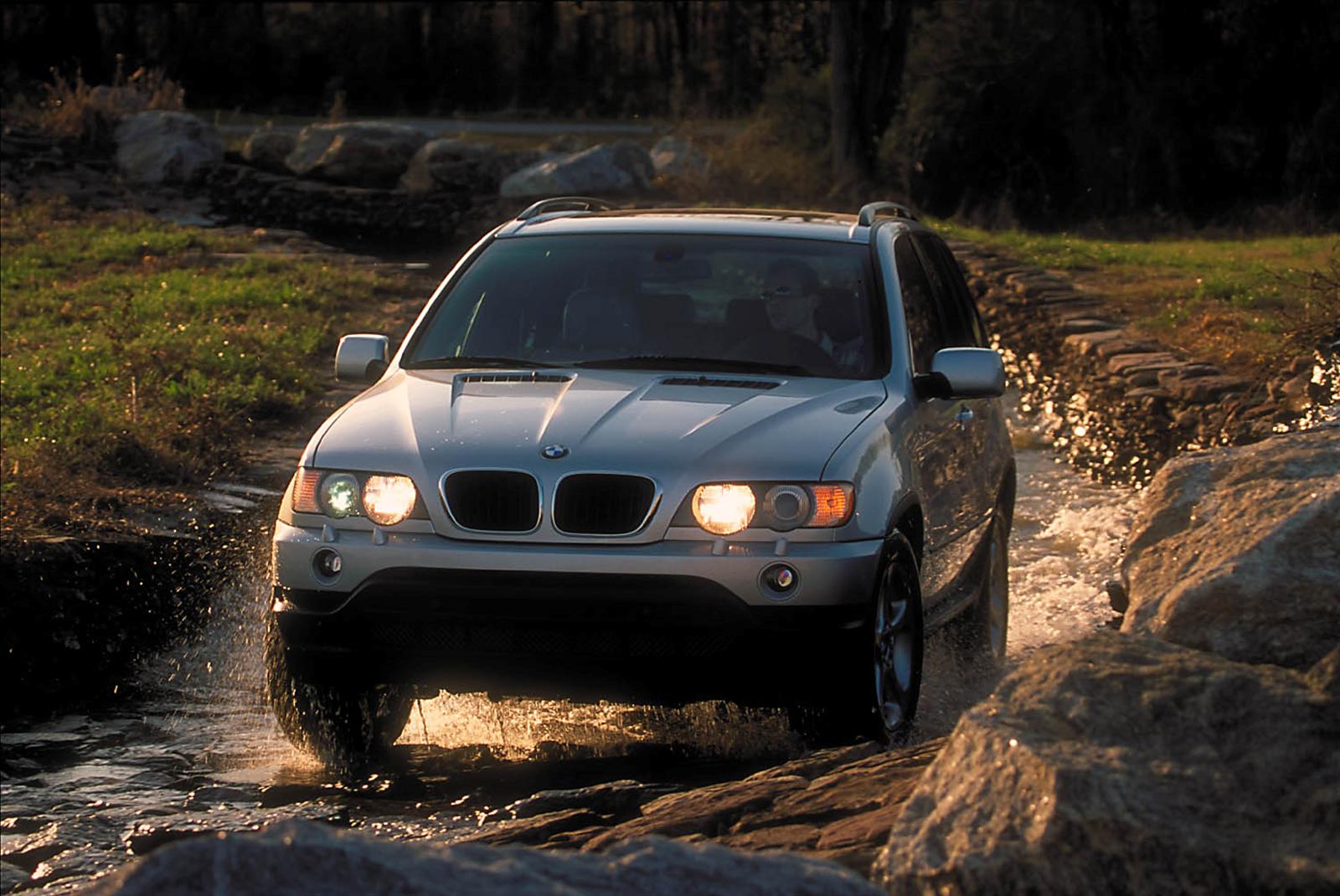 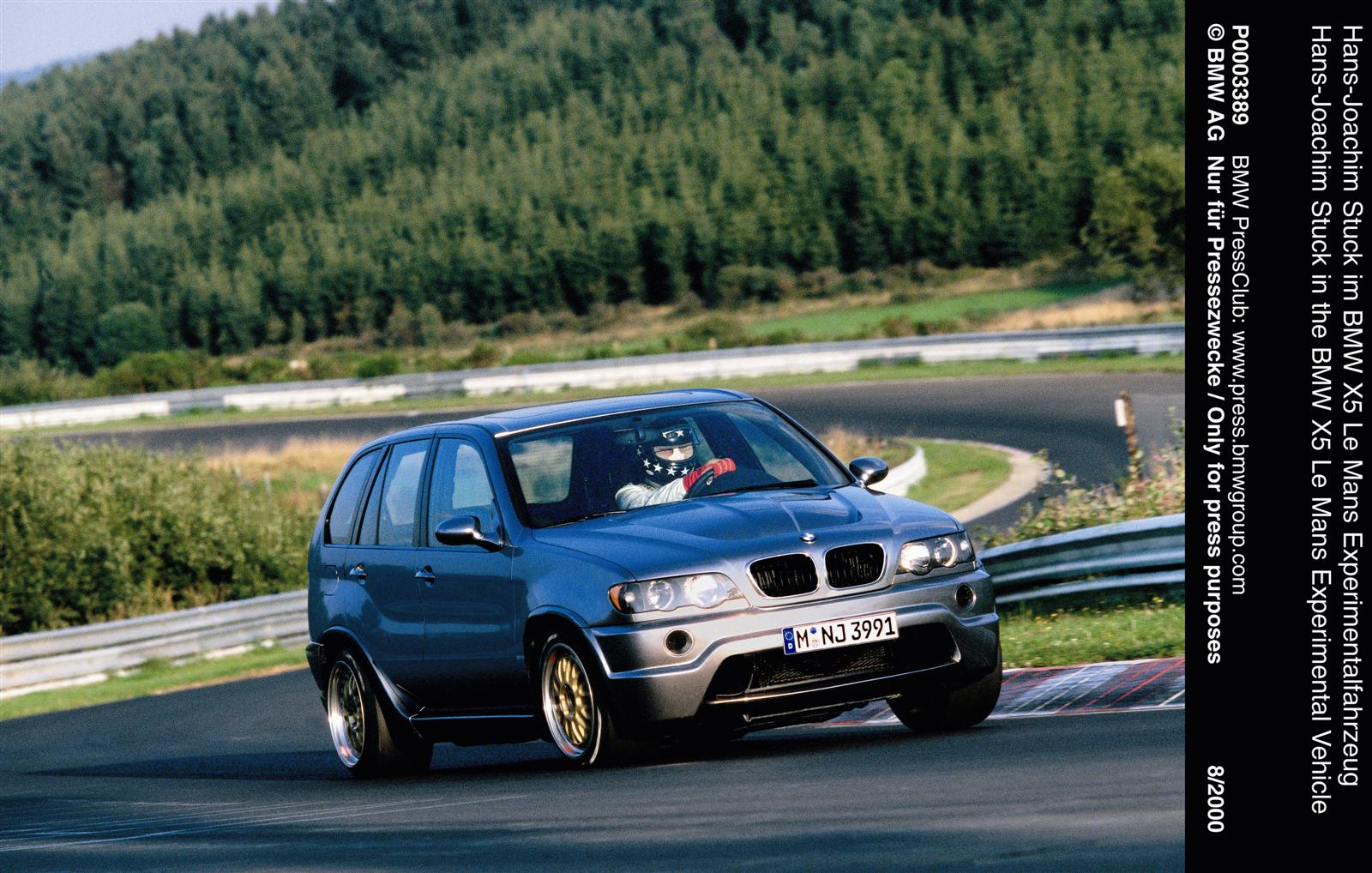 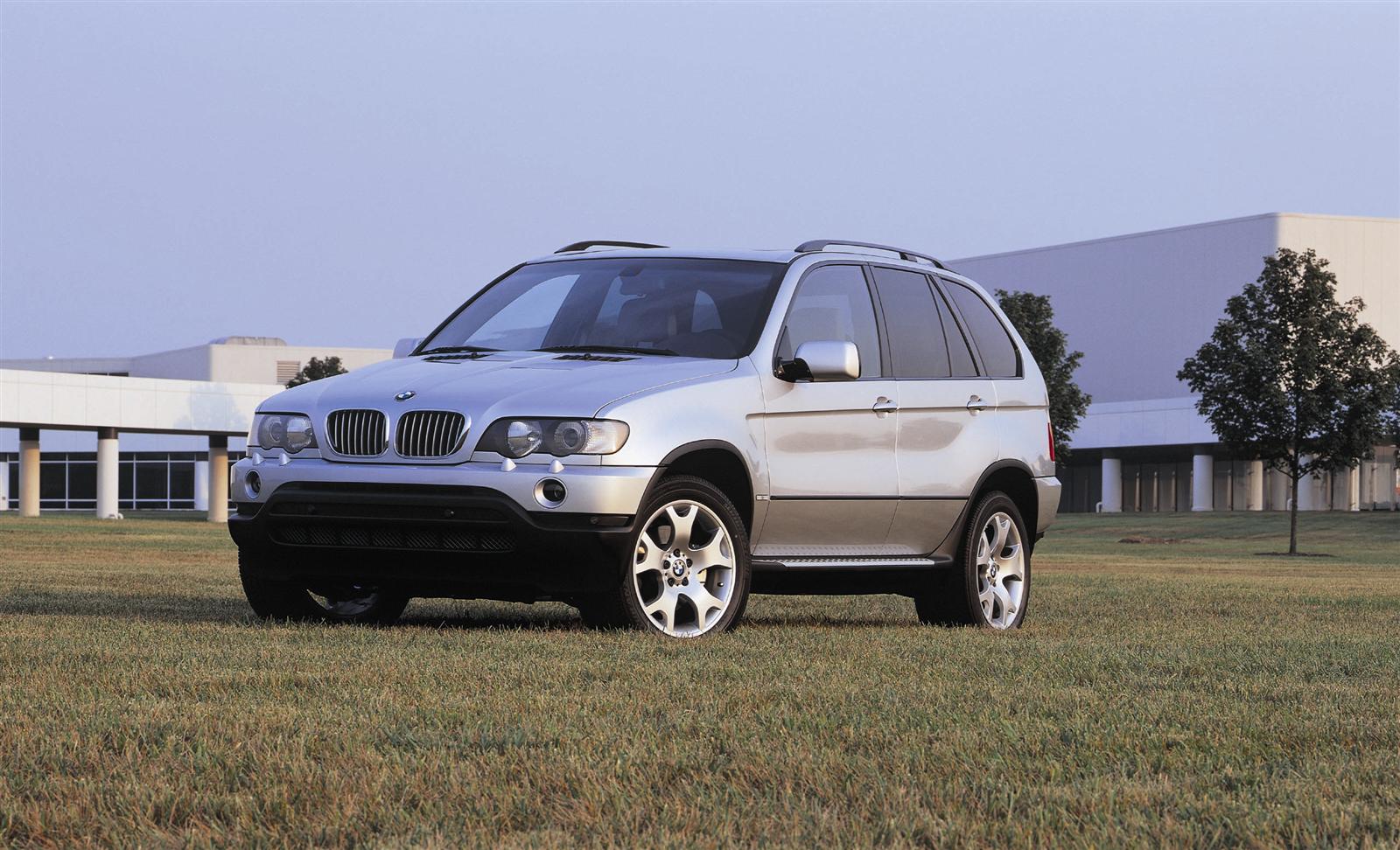 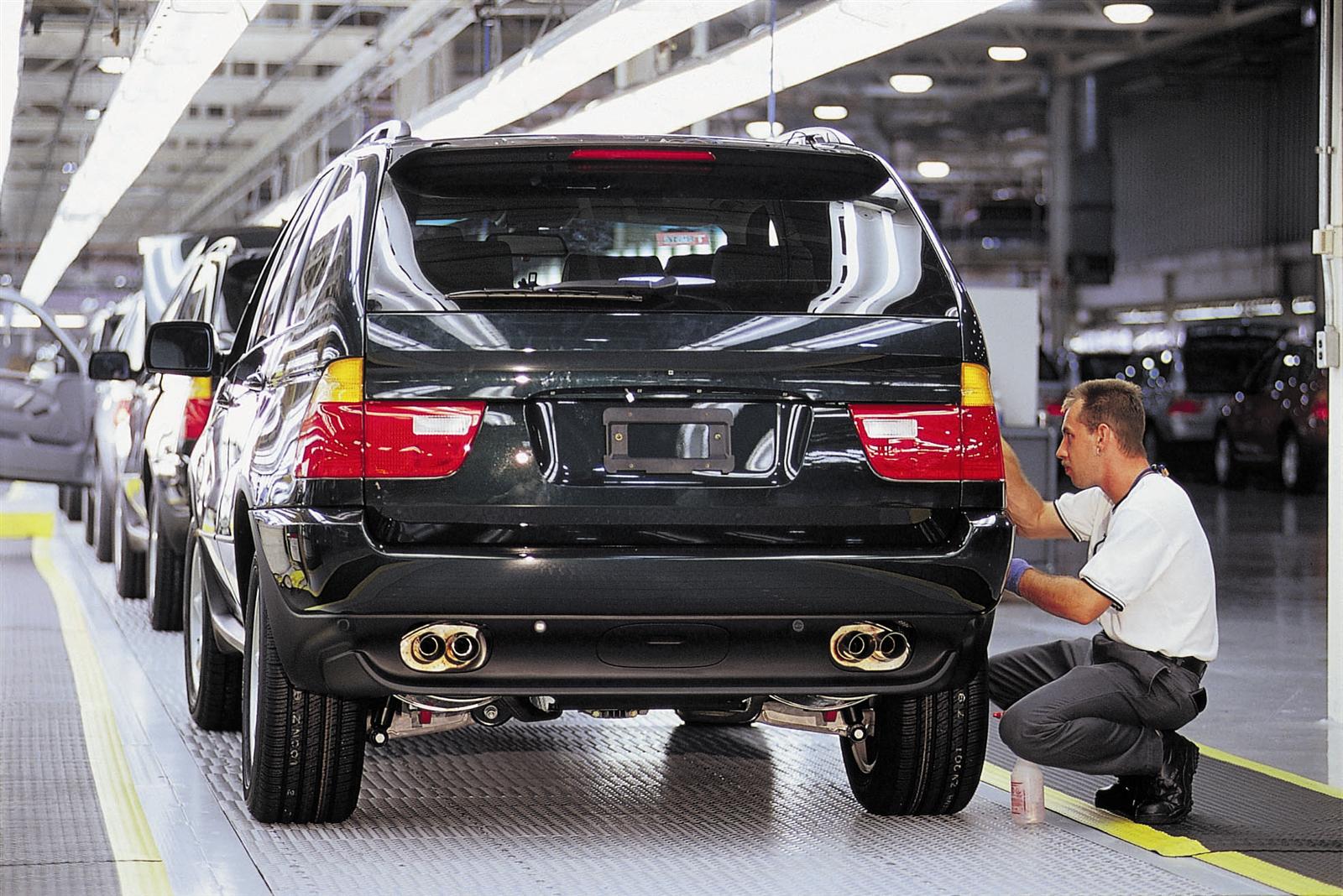 Here is the full press release and photos:

With unparalleled dynamic performance on the road and outstanding traction on rough terrain, the BMW X5 has been on an unstoppable course for success for ten years. BMW presented the first generation of the all-wheel-drive five-door vehicle at the North American International Auto Show in 1999, thereby founding the segment of the Sports Activity Vehicle(R) (SAV). The world premiere marked the start of an unprecedented success story.

Within a decade, over 845,000 units of the BMW X5 have been sold. As a result of the consistent ongoing development of the SAV(R) concept, there are now three BMW X models to choose from, with a fourth ready to start production later in 2009. In creating a segment, the BMW X5 became the key inspiration for an entire competitive field of all-wheel-drive vehicles. In its anniversary year, now in its second generation, the BMW X5 remains the role model and benchmark of its class in terms of driving dynamics, efficiency, versatility, premium quality and safety.
From the very beginning, the key to the success of the BMW X5 lay in its combination of two qualities which had never been matched in a single vehicle before.

Dynamic performance and versatility were also expressed in the design of the vehicle. Another striking feature was the raised seating position which instantly gave the driver the same sense of command and control which was provided by the chassis technology. In addition, the spacious, versatile and high-quality interior provided a whole new driving experience for an all-wheel-drive vehicle.

The second generation of the BMW X5, launched in autumn 2006, saw the consistent development of the Sports Activity Vehicle’s characteristic features continue. The new BMW X5 once again set the benchmark throughout the extended competitive field of BMW X models thanks to its increased space, comfort and luxurious ambience. It offers even more advanced drivetrain technology and innovative chassis design along with enhanced driver assistance systems.

Like its predecessor it is produced at BMW’s North American plant in Spartanburg, South Carolina and is the first BMW to potentially provide seating for up to seven occupants. Its intelligent all-wheel drive system, BMW xDrive, enhances both driving dynamics on the road and traction over rough terrain. The full-time, electronically controlled all-wheel drive, which is also networked with the DSC system, distributes drive power variably between the front and rear wheels.

With the success of the BMW X5, the cornerstone was laid for the current status of BMW as the world’s most successful manufacturer of premium all-wheel drive vehicles. This commitment to ongoing improvement has resulted in numerous awards for the vehicle’s design, quality and safety which reflect the increased appeal of the original BMW Sports Activity Vehicle®. In 2007 the BMW X5 received the design award “autonis” of the automobile journal “auto motor und sport” for the most attractive design and a gold award in the J.D. Power customer satisfaction study in North America, as well as securing class victory in the “auto 1” competition of the international “Auto Bild” Group. These prizes were followed in 2008 by class victory in the “auto, motor und sport” readers’ vote “The best cars”. Twice in succession, the BMW X5 also won a place among the three vehicles with the most stable value in the German automobile market, causing the magazine “Auto Bild” to pronounce it “Value Master of the Year” in both 2007 and 2008.

As long ago as 2000, the Insurance Institute for Highway Safety (IIHS) in the US declared the first generation BMW X5 to be the safest vehicle ever to be subjected to one of its crash tests to that point. In 2003 the SAV achieved the highest possible score of 5 stars on the Euro-NCAP crash test. The current BMW X5 received the “Top Safety Pick Award” for outstanding crash test results from the IIHS in both 2007 and 2008.

The 2009 BMW X5 also occupies a leading position in the area of efficiency. State-of-the-art V8 and inline 6-cylinder gasoline engines and, for the first time in the US, a version of BMW Advanced Diesel with BluePerformance technology, ensure that the BMW X5 combines its excellent qualities with fuel consumption and exhaust emission levels which are exemplary in its segment.

This is also evidence that the BMW EfficientDynamics development strategy has had a significant effect on BMW X models, too. After all, the fuel consumption of all engine types of the BMW X5 has been considerably reduced in the course of its ten-year history – despite a significant increase in power. The 2009 BMW X5 xDrive48i, with 350 horsepower and a 0-60 mph time of 6.4 seconds, is rated at 14 mpg city, 19 mpg highway, 16 mpg combined according to the EPA – 14 percent better than the original 2000 BMW X5 4.4i which had almost 70 horsepower less output. The 2009 BMW X5 xDrive30i surpasses its predecessor models by 35 horsepower, yet it
is rated by the EPA at just 15 mpg city, 21 mpg highway and 18 mpg combined – a 12.5 percent improvement.

To put it another way, when the EPA rating for the 6-cylinder 2001 BMW 3.0i is adjusted to the new test cycle, it is exactly the same as the rating for the V8 2009 BMW X5 xDrive48i, which is larger and nearly two seconds quicker to 60 mph. Thanks to its BMW Advanced Diesel power plant, the X5 xDrive35d takes efficiency to a new level, without sacrificing performance. With 265 horsepower and an astounding 425 lb-ft of torque on tap, it is capable of accelerating to 60 mph in just 6.9 seconds and yet delivers an EPA rating of 19 mpg city, 26 mpg highway and 21 mpg combined.

This improvement in fuel consumption, not only significantly less fuel used but also fewer greenhouse gases emitted into the atmosphere, ensuring that the ongoing development of the BMW X5 remains both tangible and relevant.