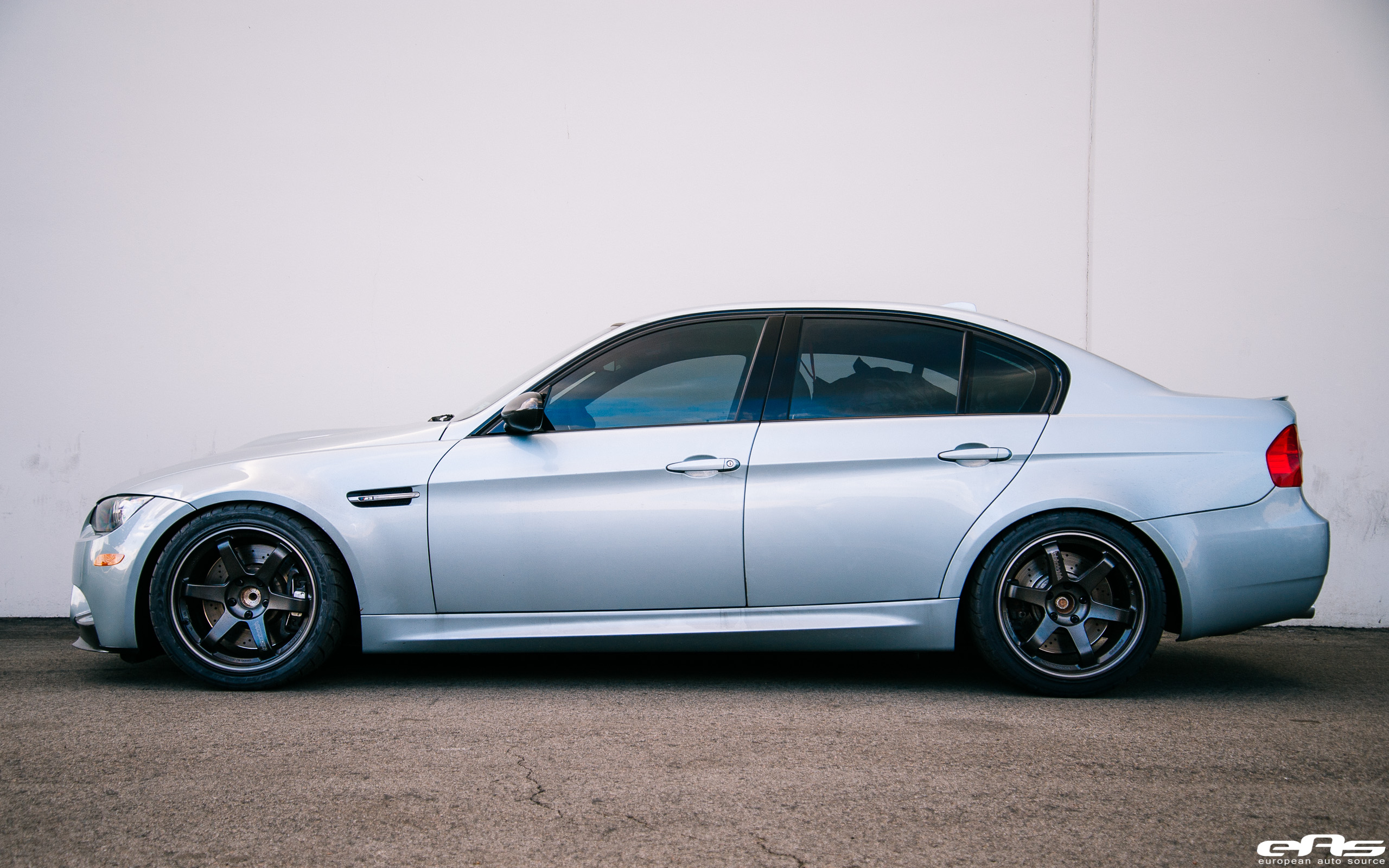 BMW M3. It’s a name that already makes most people sweat just thinking of the capabilities. The car is the little brother to the V10 M5 and M6. With two less cylinders and one less liter than the M5/M6 the new M3 still feels just as fast if not faster. The 4.0L V8 making only 414hp and 295 lb-ft of torque allows the car to move, and when I say move I mean haul ass. I would know I just test drove a beautiful one today. It was an experience that everyone should have.

At 3704 pounds you would expect a big heavy car. But no, surprisingly the BMW M3 feels like it weighs less than a Corvette at 3217 lbs. You get this immediate reassurance once you adjust your seat to just right and grab the incredibly thick, yet perfect steering wheel that this is a car that connects to the driver in order to drive.

At low speeds in first gear there is no jerkiness whatsoever, almost as if it were an automatic. The steering is light and precise at low speeds as well. This car is always monitoring what you do with it, and it’s never shy to cruise around. It feels just as nice cruising as it does when flying by.

The new BMW M3 pulls in 6th gear like most cars would pull in 2nd or 3rd. It’s an F16 fighter jet with four wheels and no wings. I was sitting, just cruising at a comfortable 70 or so mph in 6th gear when I decided to push the limits. I pushed the gas to the floor, and at 2000 RPM roughly, the car moved to 100 in nothing. There was no wait, no stall and then “oh, power!” feeling, like there has been in previous BMW’s. 120mph comes up in no time flat. I was doing 110mph in 3rd gear and managed to redline 1st-3rd gears. At one point I said to the salesman sitting next to me that the car felt like it would rip your face off and ask for seconds.

As soon as you hit the EDC to its full racing sensitivity, the BMW M3 hunkers down and focuses more on the task at hand. The steering gets stiffer and the suspension tightens. The car becomes a racecar, ready to tackle the Nürburgring, and you become the driver that connects with it. When driving through tight turns there is no sense that you are going to lose traction, or power for that matter. You feel like you are at one with the road.

Then you touch the brakes to shave off some speed, and they work, whoa, do they work. The cross-drilled rotors help command the M3 to a stop better than most exotics out there. At one point I was flying through a highway off ramp on my way back to the dealership, and first off going through the light turn at 115 mph feels a little quick, and then you hit the brakes to make the stop at the traffic light, and you stop!

There is no hesitation for the calipers to grab the rotors as in some cars I have hit the brakes in at high speeds. No the M3 just stops, without any questions asked. It does what it’s told and does it perfectly.

Where the E46 M3 fell short, the E92 M3 shines. It is everything that the E46 M3 was times 10. There is no reason to tell me that you can’t pay the loaded price of $69,745. Where you could argue that the older BMW M3 was a little pricey when comparing its performance to most of its cheaper competition, the E92, you just can’t do it.

The price is justified when you first see the car. It has the exotic look of an M6, but with the muscle car look that punches exotics in the face and makes them cry. It’s a 427 Shelby Cobra or 1967 427 Corvette made by BMW ///M. all I can keep saying about this car is that it’s perfect.

It is just perfect. Everyone has been asking me how I liked it and what I thought of it and all I can mutter is that it’s just perfect.