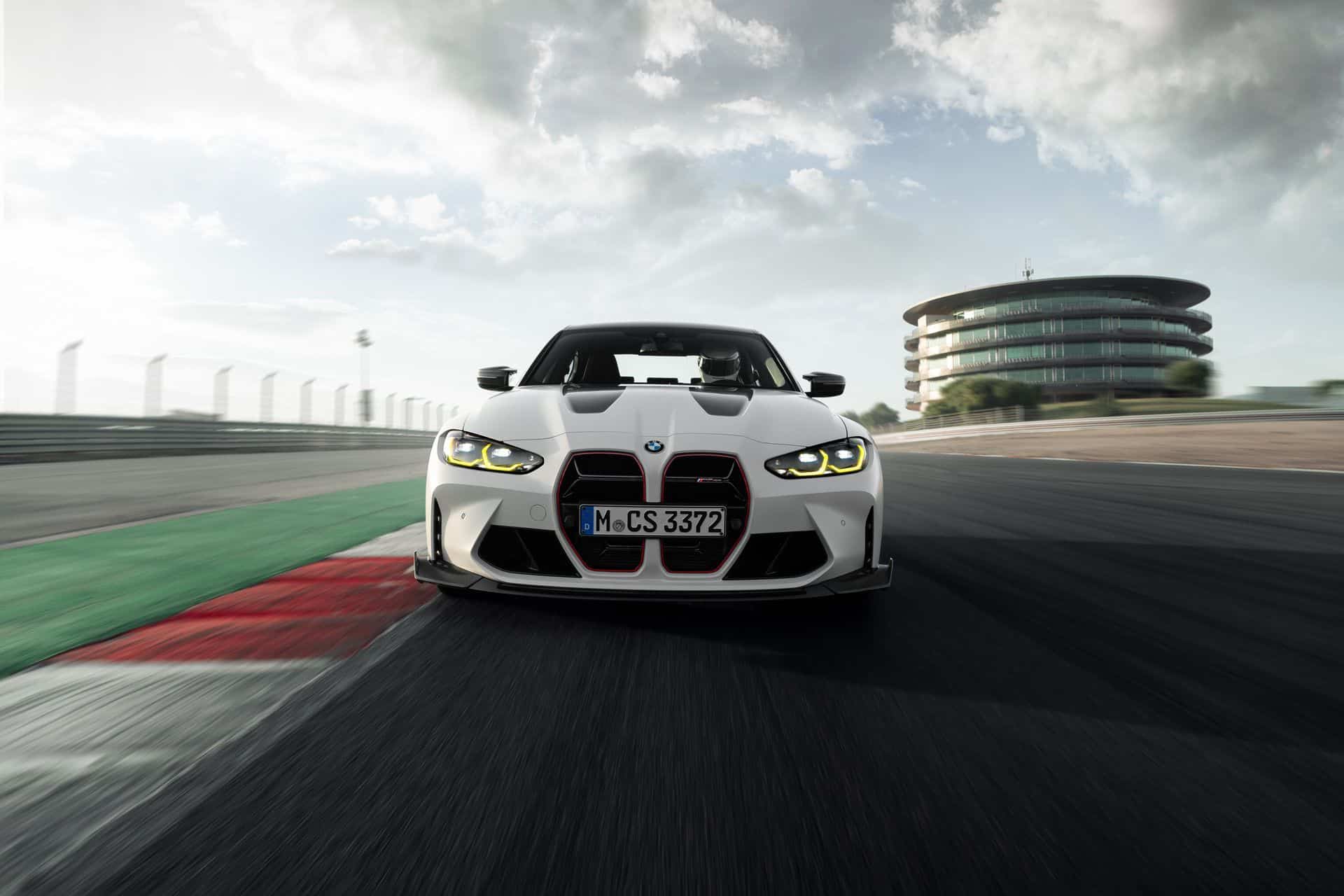 One of the advantages of buying the BMW M3 CS over the more powerful, more expensive M4 CSL is its color options. The M4 CSL was pretty limited, to just three color options: Black Sapphire Metallic, Brooklyn Grey, and Alpine White. However, the M3 CS not only has one more option but actually gets some more interesting choices. While it still has black and grey, you can also get Signal Green and Frozen Solid White. The latter is what’s seen in this new photo gallery and it could be its best color.

Getting a BMW M car in white is pretty unimaginative but there’s something cool about BMW’s frozen whites. There’s a depth to them that makes the car more interesting looking than just your normal white paint. It isn’t quite as pretty as some of the luxurious whites from Lexus but there’s a sporty edginess to Frozen Solid White that makes it fit the M3 CS surprisingly well.

It also contrasts with the black and carbon fiber accents really well. The two black stripes on the hood really pop and the lack of CSL-style red accents on said stripes makes white work better. White on the M4 CSL is a bit too contrasty, because of the additional red accents but the M3 CS is better without them. The carbon fiber also really pops, making it stand out further. On a black car, the carbon accents visually get lost in a sea of darkness, so it’s nice to make them stand out more with a white paint.

This specific car also has gold wheels and I will always be a proponent of gold wheels. They look killer on most colors but really help add some excitement to a white car. On the BMW M3 CS, they look absolutely awesome, especially since they’re essentially the same wheels as the M4 CSL, just in a different color, so they look special.

While I’ll never be able to afford an M3 CS, if I somehow become so fortunate, a Frozen White car with gold wheels might just be the color I get. That or Signal Green with black wheels. 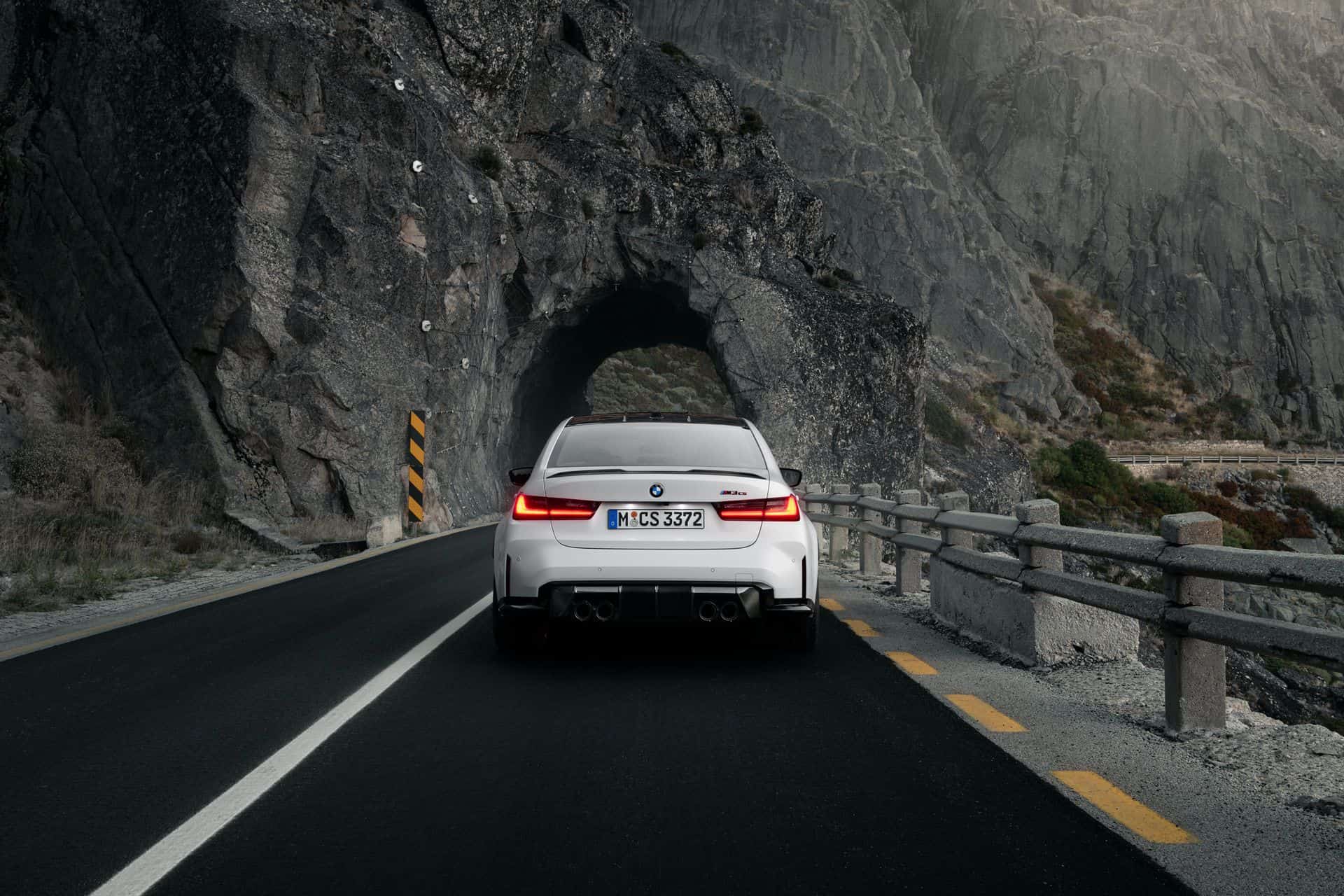 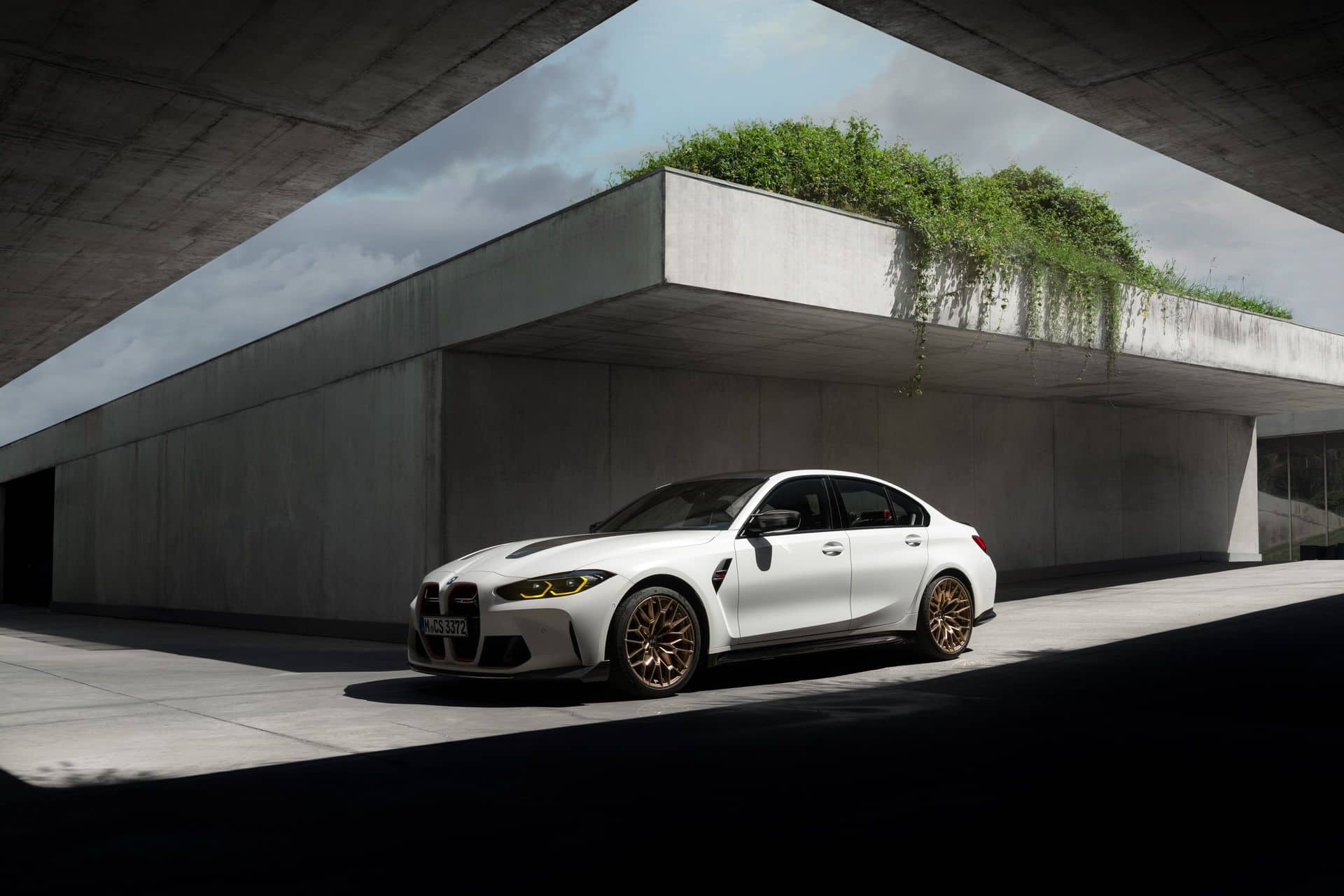 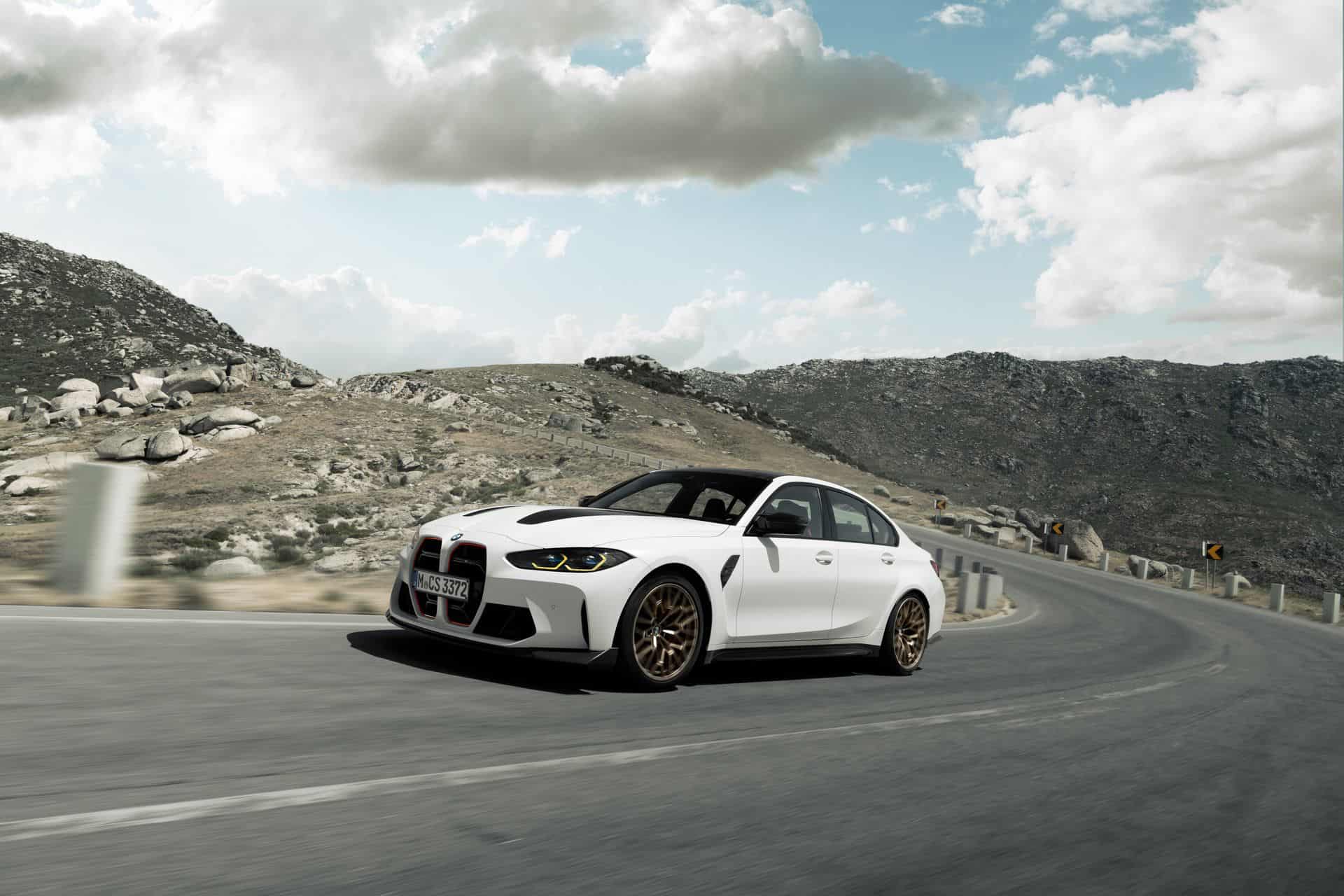 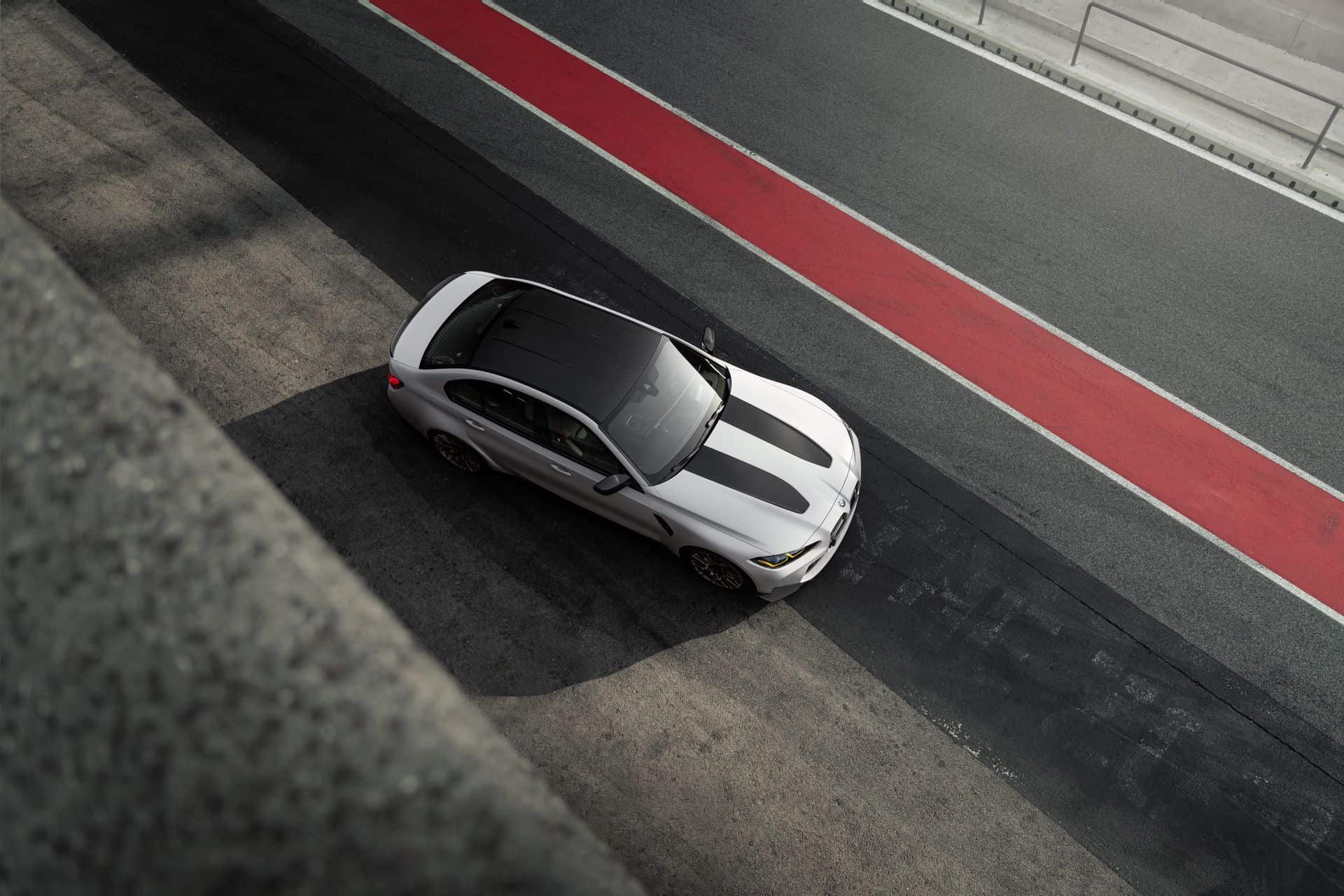 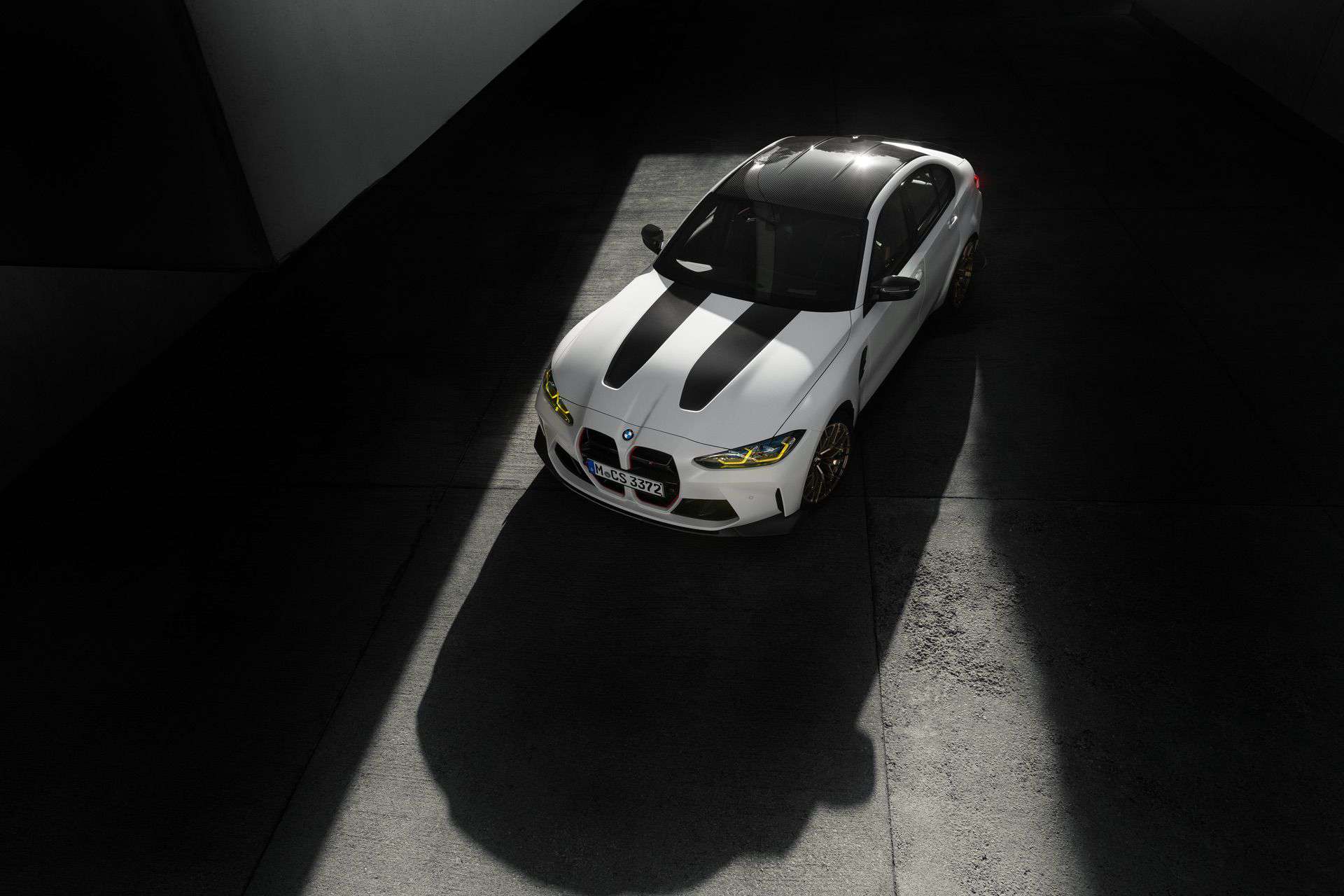