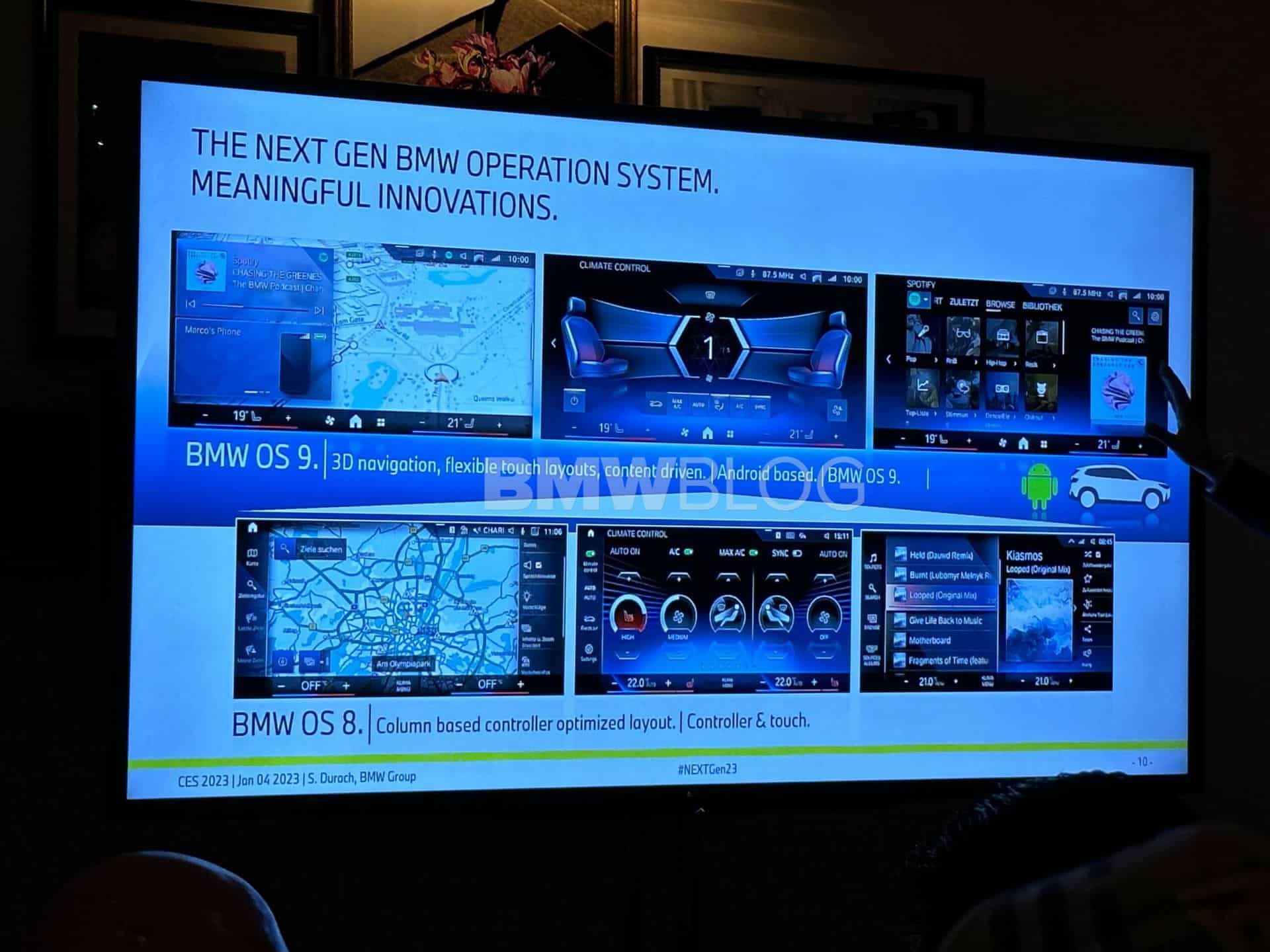 At CES 2023, BMW broke some big news regarding the future of its technology. The current iDrive 8 used in every new BMW is going to be short-lived, as it’s going to be replaced in two months, starting with the BMW X1. The BMW X1 will get an all-new iDrive 9, replacing the old iDrive 8, and it will bring with it an all new user interface, new functionality, and even an app store. Update with new comments from BMW: “This applies to new vehicles from the production line only, as iDrive 9 relies on a new infotainment Headunit. BMWs with iDrive 8 already in the field will cannot be upgraded to OS9. Of course however, they will keep being updated via Remote Software Upgrades.”

During a recent interview with Stephen Durach, Head of Connected and Digital car experience, we learned that the upcoming BMW X2 and new MINI models will launch with iDrive 9 from the factory and will have all of the same new interface and functionality. Although, the MINI might get its own visual interface, as MINIs often do.

As for the rest of BMW’s new lineup, such as the 7 Series and upcoming 5 Series, there’s going to be an iDrive 8.5 that replaces the current iDrive 8. But don’t fret. The user of interface of iDrive 8.5 is identical to iDrive 9. Why do the flagship models only get iDrive 8.5, while the entry-level X1 and X2 get iDrive 9? It has to do with the basic coding platforms each car uses.

Cars like the BMW 7 Series, 5 Series, and most other BMW models have Linux-based systems, while the new X1, X2, and future MINIs have Android-based systems. So the updated iDrive systems have to be slightly different to work with each system. However, both iDrive 8.5 and iDrive 9 will look identical and have the same user interface. The only differences between the two will be functionality, as iDrive 8.5 will lack some of the features that are available on iDrive 9. For instance, iDrive 9 will get an app store, while iDrive 8.5 won’t.

While BMW is heavily updating its iDrive for this new generation, it’s still going to be mostly touchscreen base. In the case of the X1, it’s entirely touchscreen-based, which is sure to upset some fans (myself included). However, BMW plans on advanced voice recognition bcoming the main form of interaction with iDrive, for better or worse.