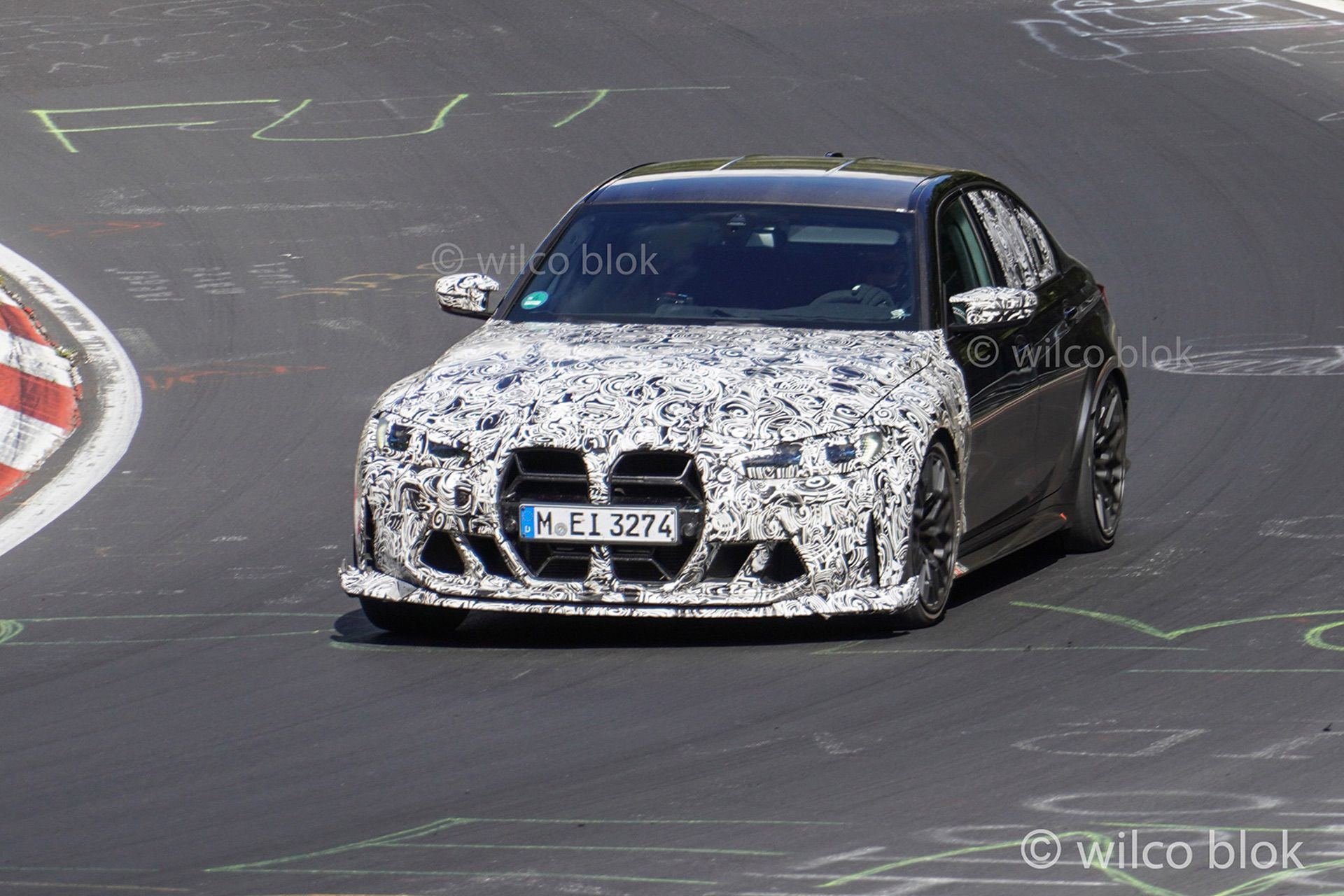 The new 2023 BMW M3 CS was just spotted in Germany with almost no camouflage (new photos here). These new spy photos give us a full look at the rear-end of the G80 M3 CS. Unlike the G82 M4 CSL, the second-generation M3 CS comes with a subtle trunk spoiler, in contrast with the ducktail seen on the lightweight M4. Compared to the CSL, the M3 CSL also features the standard taillights as seen on the Competition models. Same story applies to the rear diffuser which is unchanged.

It’s the front-end that still hides some of the final design details. The BMW M3 CS’ front-end sports nearly the same design of the M3 Competition, but with an additional carbon fiber lip and what seems to be a slightly redesigned bumper. No other design changes are expected, even though there was a rumor of yellow racing lights.

Inside, the 2023 BMW M3 CS will feature a “normal” rear bench instead of individual bucket seats. Of course, we expect different materials inside the car, along with unique stitching will further differentiate the M3 CS from its M3 Competition sibling. The front seats though will be offered with a carbon bucket option.

When it comes to power, the BMW M3 CS will produce around 540 horsepower, which puts it right below the 550 horsepower of the 2023 BMW M4 CSL. Furthermore, the BMW M3 CS G80 will allegedly be available only with the xDrive all-wheel system and will only use automatic gearboxes. Furthermore, the BMW M3 CS will be lighter than the Competition models, thanks to a wide range of standard carbon fiber parts. Just don’t expect the weight savings seen in the M4 CSL. We expect 20-30 kilograms weight savings compared to the M3 Competition.

Pricing wise, we expect the BMW M3 and M4 CS models to cost at least $90,000 considering that the M3/M4 Competition start in the $72,000-$74,000 range. We’re expecting some sort of limited allocation for the M3 CS models, in the low thousands globally. [Top image by instagram.com/wilcoblok]