Our 2023 BMW M2 coverage continues with a video review of the new “Baby-M”. In this video, we focus on the exterior and interior design of the car, its interior space, front and back, and of course, on its performance. If you’d like to learn more about the new M2, take a look at our design review video with Jose Casas and an extensive Q&A with Sebastian Maier, Product Manager BMW M2.

Lots of Parts From The BMW M4 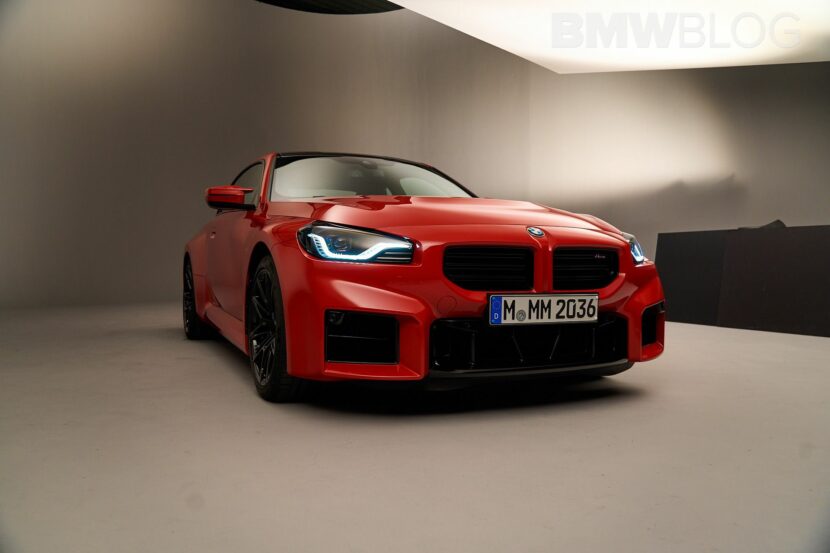 That slightly detuned S58 pairs up with the same transmission duo you’ll find in the M3. In the United States, the BMW M2 comes standard with the six-speed manual transmission. The eight-speed automatic is standard in countries like Germany where the six-speed manual is a no-cost option. However, unlike the M3 and M4, there’s no power penalty with the manual, so you get the same 453 horses regardless of the transmission choice. According to BMW, the manual car gets from 0-62 mph in 4.3 seconds (0-60 mph in 4.1 seconds) and the automatic car does the deed in 4.1 seconds. The 0-60 mph with the auto M2 is 3.9 seconds.

Design Not As Controversial As The M4 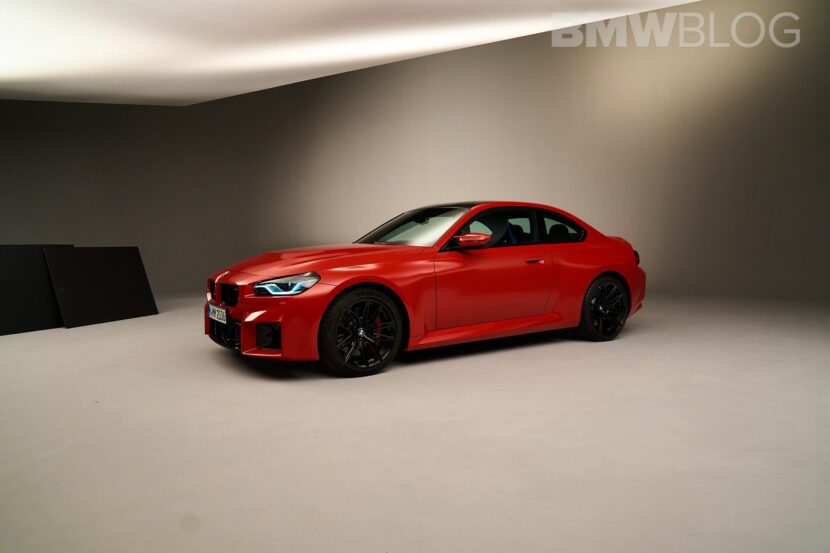 Design wise, the new BMW M2 is less controversial than the G82 M4, but nonetheless, still somewhat controversial in the M community. BMW changed the M2’s front end from the 2 Series Coupe with plenty of aggressive and square-shapped design cues. Even the kidney grille is different with its horizontal motorsport-inspired slats. The headlights harken back to the iconic BMW 2002, and its front air intakes are simple but sophisticated. The M2’s design remains mostly unchanged from the 2 Series from the headlights back. The only real differences are the flared wheel arches, significantly wider wheel track, new wheels, and rear deck lid spoiler. 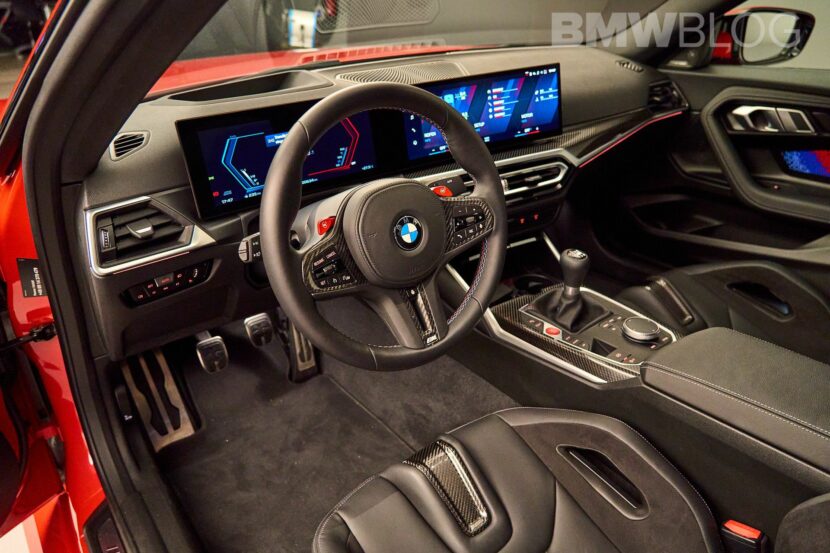 Inside the new BMW M2, you’ll predictably find an interior that’s similar to the 2 Series. However, its changes include the new iDrive 8 screen setup (2 Series will be getting it soon), the addition of optional carbon bucket seats, some M badges throughout, and even the debut of a manual gear lever (if you don’t spec the auto). It’s actually the first time I’ve seen a manual gear lever in a new 2 Series, as they’re all automatic in the United States.

Due to the slightly different side design, the headroom is slightly lower in the back, and of course, we tested that as well. The 2023 BMW M2 goes on sale in April 2023 with a base MSRP of $62,200 plus $995 destination and handling. Let’s take a look at this video review and please don’t forget to subscribe to our Youtube channel!