Three-cylinder engines are here to stay and are available for compact cars that ride on a front-wheel-drive platform. The new X1 is on that list but can still look like a proper BMW in the crossover era provided it has the right upgrades, chief of which is the M Sport Package. It’s the case here with the sDrive18i painted in M Portimao Blue and equipped with the optional 19-inch wheels (Style 871M).

The third generation of BMW’s baby X model has arrived in France and this exact specification costs €47,740. A compact FWD crossover with a small 1.5-liter engine producing 136 hp that costs nearly €50,000 is not exactly the bargain of the century, but the U11 model is a much bigger and more practical vehicle than its predecessor. It’s more than suitable for a small family as an alternative to the 2 Series Active Tourer minivan just as long as performance doesn’t rank high on the list of priorities. 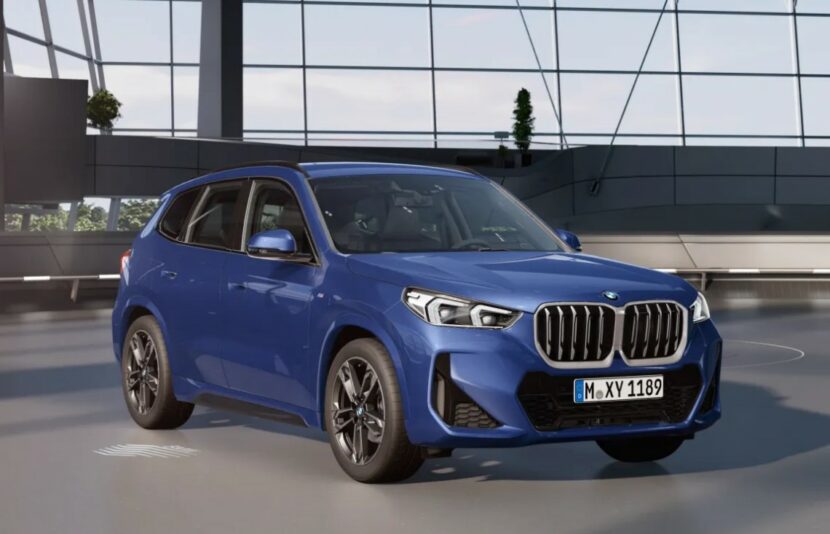 This particular X1 sDrive18i has the Shadowline exterior trim with glossy black accents while the front end hosts the adaptive LED headlights that come at an additional cost. As for the interior, the upholstery is a combination of Alcantara and black Sensatec (synthetic leather) with blue stitching.

Look everywhere and you won’t find the iDrive controller as it has been deleted for the latest generation. The same can be said about the separate controls for the climate settings. The “less is more” approach is certainly not for everyone as some prefer to have the rotary knob to access the infotainment and also conventional buttons for the temperature.

You can immediately tell the X1 is much larger than before by the generous rear legroom and cargo capacity. The new model stretches at 4.5 meters in length and can swallow up to 540 liters behind the rear seats or 1,600 liters after folding the bench. You pay more than before, but you also get more car than before.