As part of its celebrations to mark 50 years of the M division, BMW introduced a limited-run M3 in May just for the US market. It’s capped at 500 cars available in five well-known colors harkening back to some iconic M3s. One of them is this Fire Orange III as a throwback to the Lime Rock Park Edition based on the E92-generation M3. Regardless of the retro-flavored paint choice, all vehicles ride on forged Style 826M wheels with an Orbit Grey finish you can’t get on the regular M3.

Known by its full name as the M3 Edition 50 Jahre BMW M, the sports sedan is based on the Competition model with xDrive. Therefore, it’s the most powerful and quickest of the bunch, at least until the M3 CS arrives later in 2023. There’s a dealer in Pennsylvania that has one on display, complete with the adaptive LED laser headlights with the darkened Shadowline treatment. 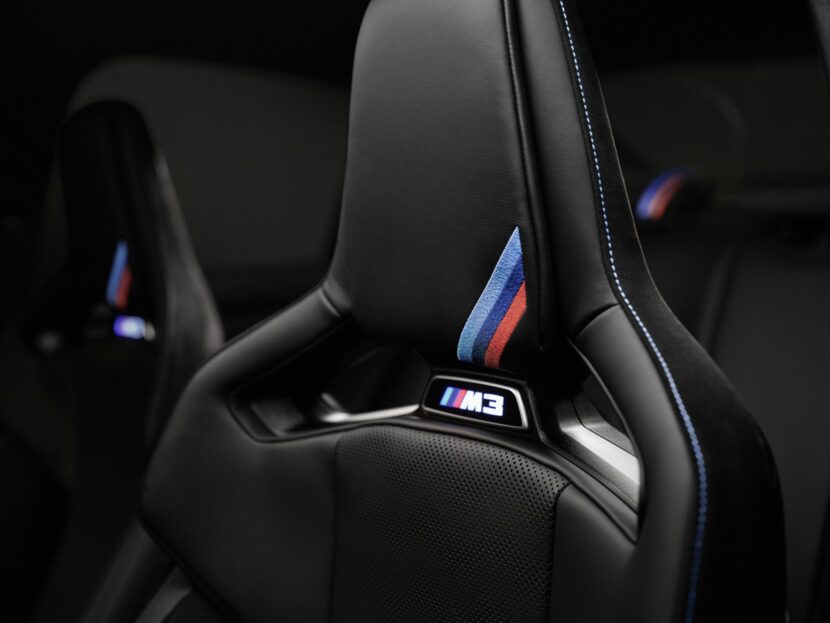 The special version is offered in the US with only two options – the carbon bucket seats (which this one has) and the ceramic brakes with their gold calipers. This car has the standard compound brakes with black calipers (also available in red or blue). You’ll also notice the 50 years of M anniversary emblems at the front and rear as well as on the wheel center caps, but not inside the cabin.

Other tweaks included with the limited-run model are the M Performance carbon fiber goodies such as the front splitter and trunk lid spoiler. BMW also covers the quad exhaust tips in carbon fiber and adds swanky “Edition 50 Jahre BMW M” lettering on the door sill trims. An aluminum plaque on the cupholder cover below the dashboard denotes the car’s rarity by displaying “1/500.”

The special version was unveiled with an asking price of $95,700 (plus $995 destination charges) but this one will set you back six figures.