Our extensive coverage of the 2023 BMW 3 Series LCI continues with a new video that puts the spotlight on the M340i. The sports sedan is the next best thing to a fully fledged M3 and does away with the oversized front grille reserved for the flagship version. In this case, the M Performance vehicle is finished in Brooklyn Grey Metallic without the blacked-out kidneys of the Shadowline upgrade we’ve seen on most facelifted 3er models in recent weeks.

Not only is the paint an option, but so are those 19-inch black wheels with a double-spoke design. Add into the mix the Premium Package and the Driving Assistance Package, you’re looking at an M340i that costs just under $61,000 once you factor in the destination charges. Some would argue that’s a lot of money to pay for a non-M car, but let’s keep in mind the base M3 can’t be had for less than $73,000. We just have to get used to these new pricing strategies applied by automakers, partially caused by rising manufacturing costs. 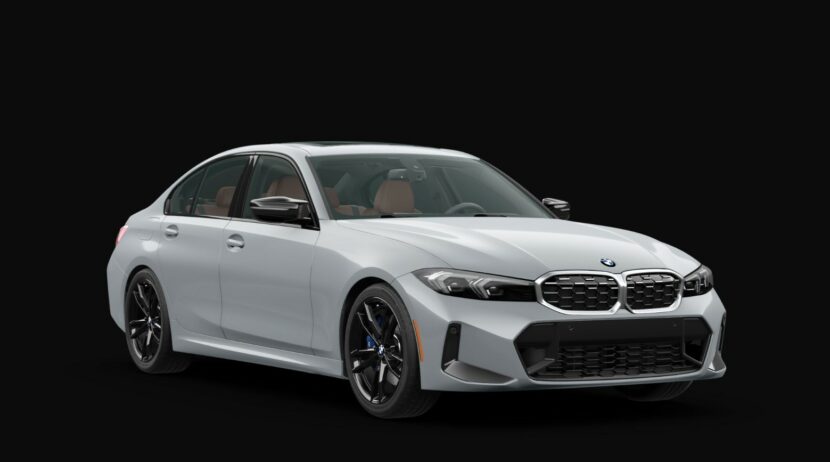 Getting back to the 3er at hand, it has been configured with the Tacora Red Perforated synthetic leather (Sensatec). It gets an aluminum trim on the dashboard and center console that does a good job at hiding fingerprints, especially compared to the usual glossy black that premium brands tend to install in their cars. Speaking of the dash, it has been revamped for 2023 to accommodate the iDrive 8 by getting rid of most physical controls and making the center air vents visibly slimmer.

Another change brought by the Life Cycle Impulse on the inside is the redesigned gear selector, much smaller than before. It has made the lower console look significantly less cluttered, helped by the minimalist dashboard with most features accessed through the 14.9-inch touchscreen. Everything else has remained pretty much the same, so you get the same rock-solid construction throughout the cabin.

BMW is already working on further updates for the 3 Series by preparing a limited-run M3 CS special edition for 2023. It is believed a second LCI will follow in mid-2024 to keep the car fresh after the higher-ups from Munich have allegedly decided to prolong the model’s shelf life by two years until 2027. Meanwhile, the Neue Klasse platform arriving in 2025 will debut with a purely electric equivalent of the 3er.