Regardless of how many vehicles Munich launches, for most people, the 3 Series remains the quintessential BMW. It’s always tricky to update such a popular product since any small mistakes can end up costing the automaker thousands of sales. With the Life Cycle Impulse for the G20, the designers haven’t rocked the boat since you still have a decent grille size, one-piece headlights, and no exaggerated details.

A new video puts the spotlight on the M340i xDrive with the LCI applied, featuring an optional Dravit Grey Metallic paint that’ll set you back an extra $1,500. While the standard wheels measure 18 inches, this one has an upgraded 19-inch set with a bi-color finish that blends nicely with the paint. As with recent M Performance models, the M340i gets the signature M side mirror caps for a sportier look.

The stealthy vibe is enhanced by the Shadowline upgrade, which darkens the front grille and headlights. Speaking of which, the kidneys now have larger honeycombs on the M340i while the lights have a sharper-looking inner structure representing the most obvious change over the pre-LCI model. Some modifications to the front bumper have also been made, but nothing to write home about. 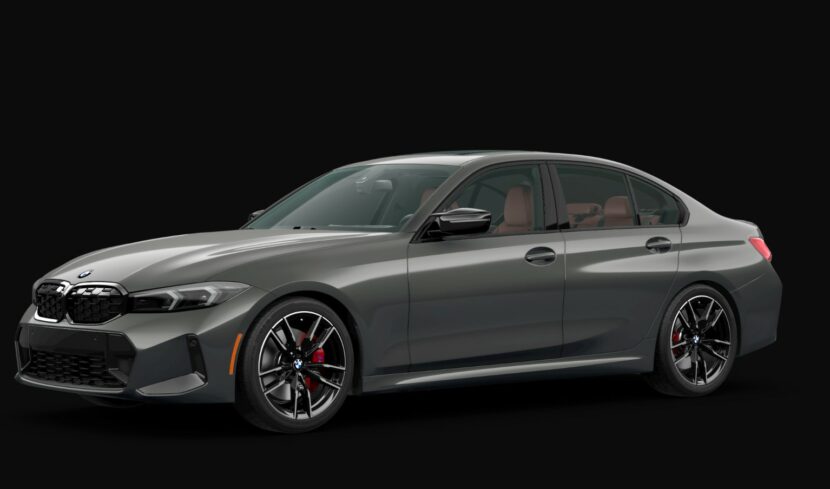 With the 2023 model year, BMW is switching from Cerium Gray to traditional chrome badges. Also at the back, the diffuser has a more aggressive look with prominent vertical fins that run in parallel and are flanked by red vertical reflectors on each corner of the bumper. The dual exhaust tips have remained the same, lending the rear a muscular appearance you’d expect from a six-cylinder 3 Series.

As for the interior, this M340i has the Sensatec upholstery, a synthetic leather finished here in Tacora Red and combined with the Aluminum Rhombicle Anthracite trim. Of course, the iDrive 8 takes center stage with its large dual screens but look lower on the center console and you’ll see a much smaller gear selector. The physical buttons for the climate controls are gone, and so are the old central air vents since BMW had to slim them down to make room for the enlarged display.

The current-generation 3 Series has reportedly had its life cycle extended by two years, until early 2027. A second set of styling changes is rumored to arrive around mid-2024 to keep the sports sedan fresh and competitive against the Mercedes C-Class and Audi A4.