The second-generation BMW 1 Series received a Life Cycle Impulse for the 2015 model year and one of the updates brought by the LCI was extra horsepower for the M135i, taking the inline-six to 322 hp. However, the very next model year saw the introduction of a more potent M140i that transitioned from the N55 engine to the B58. Output increased to 335 hp and 500 Nm (369 lb-ft), but this hot hatch packs an even greater punch.

An F21 model since it’s the three-door body style, the M135i has had its turbocharged 3.0-liter engine massaged to 430 hp and 630 Nm (463 lb-ft). With this much power going to the rear wheels via a manual gearbox in a relatively light car, this M Performance 1 Series must be a hoot to drive. It’s a bit of a sleeper from the outside since only the lowered ride height, bigger wheels, and sports exhaust tell us the car isn’t stock.

The crackles and pops should make a teenager giddy with excitement, but we’re impressed by how the M135i picks up speed. Pushed hard on an unrestricted section of the Autobahn, the souped-up hatch seemed to have endless power resources across the entire rpm bandwidth and never ran out of breath. It was still going strong while approaching the 170 mph (274 km/h) top speed. 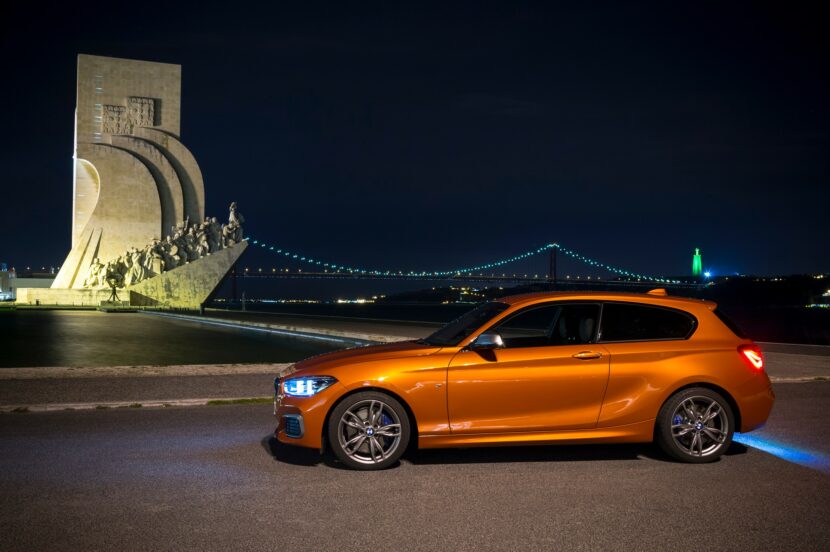 The video is a good reminder of when the 1 Series was a rear-wheel-drive car with a longitudinally mounted inline-six instead of the current generation with a FWD setup and transverse four-pot engines. BMW still sells an M135i and is working on a facelift due in 2023 with a revised B48 engine rumored to make 315 hp. It’ll be among the first M Performance cars to get a quad exhaust system, much like the upcoming X1 M35i.

The reworked M135i is likely to continue exclusively with xDrive and an automatic transmission while the 128ti will serve as the other performance derivative, but with FWD.