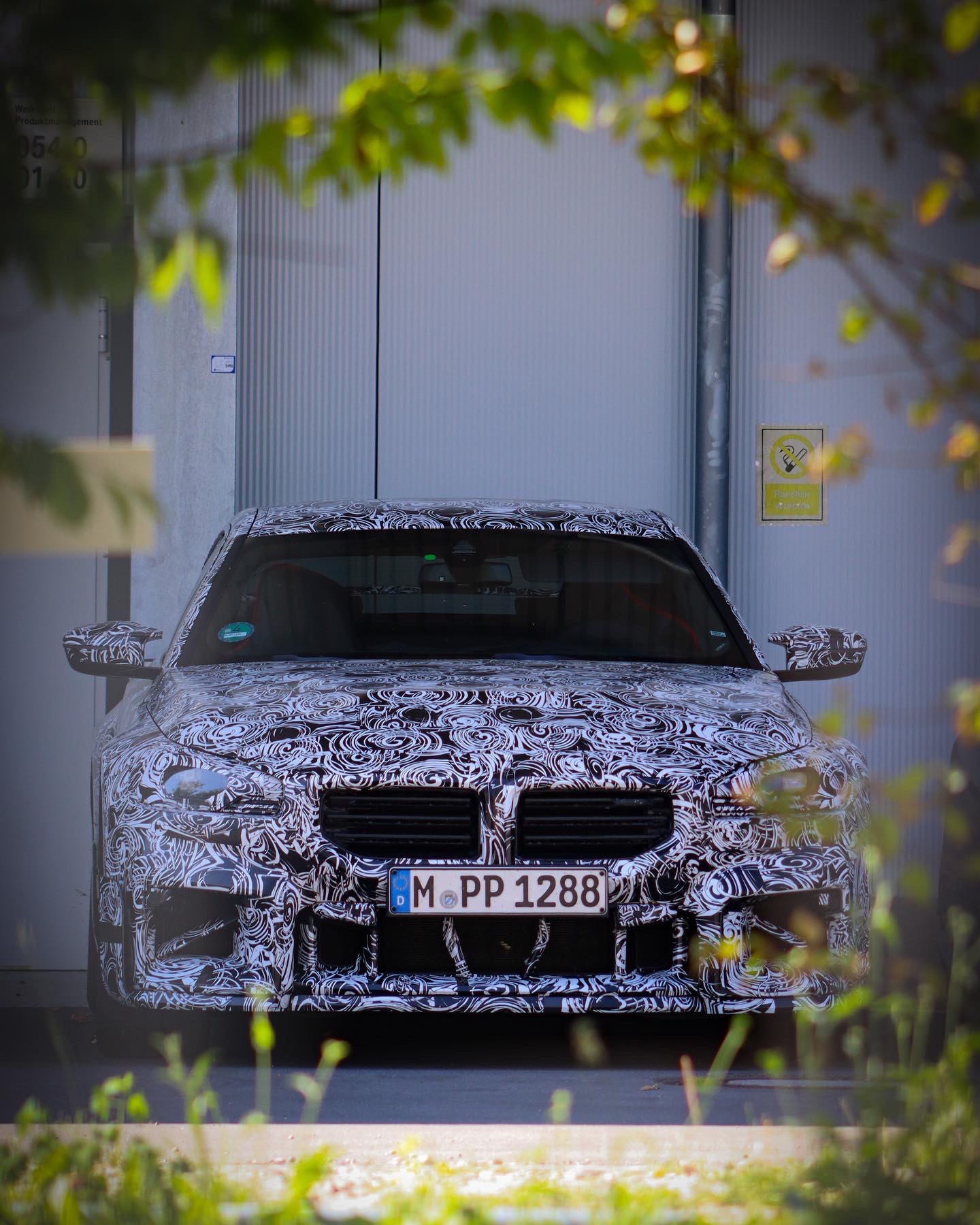 The upcoming 2023 BMW M2 was just spotted in Germany. Of course, that’s nothing unusual considering the recent spy photos and pre-drives, but certainly a bit more unique. The reason for that is the addition of M Performance Parts to this G87 M2 prototype. Compared to the M2 we tested a few months ago, this front-end design gains an angled deflector inside the air curtains. There is also a carbon fiber splitter hiding under the cam wrap, along with a massive rear wing which peeks in the rear.

The rear-end view is not present in these shots, but we already know from previous spy photos that BMW is also testing a unique exhaust system. This particular M Performance Exhaust system was first introduced for the new M3 and M4. It features a triangular layout of its titanium pipes and is placed in the middle of the diffuser. The lightweight exhaust system has flap control and weighs around five kilograms less than standard exhaust. It also delivers a sportier sound, thanks to the exhaust gas routing.

The exhaust is paired with the S58 engine, which is specifically enhanced by the BMW M division using the B58 unit as starting point. The straight-six petrol engine is offered in two output stages. The 2023 BMW M2 is expected to make 450 horsepower. We expect a similar torque as the standard BMW M4 – 406 lb-ft of torque. When it comes to gearboxes, no surprises there: a six-speed manual and an eight-speed automatic. The power is sent to the rear wheels only and there is no M xDrive system.

The M Adaptive suspension is standard in the new 2023 BMW M2, just like they were on the F87 M2 CS. The cooling system, not surpassingly, comes from the M3/M4 as well.

Inside, the 2023 BMW M2 retains the driver-oriented layout, while gaining the large curved display from other new BMWs. The seats are also imported from the M3/M4: standard M Sport seats, optional carbon bucket seats.

The market launch for the new BMW M2 is scheduled for April 2023, but the unveil of the production series G87 M2 will kick off in mid-October 2022.