While in the UK for the Goodwood Festival of Speed, Horatiu had the chance to take a shotgun ride in the Bulldog Racing MINI John Cooper Works. Except his drive was a bit more special than it sounds, as the driver was none other than Charlie Cooper, the grandson of the legendary John Cooper. However, before he hopped in the passenger seat, he was given an overview of the car by its chief engineer, Sven Thelen.

To start, the Bulldog Racing team had to make sure the MINI would survive the 24 Hours of Nürburgring. So it was given extra headlights, for the night portion of the race, additional cooling, and upgraded aerodynamics. The most notable addition to the car was its massive rear wing, which made it a bit famous. However, if you look closely, it also has the same side blades as the MINI JCW GP. But the coolest aerodynamic addition was the massive rear diffuser, which houses a large central exhaust. 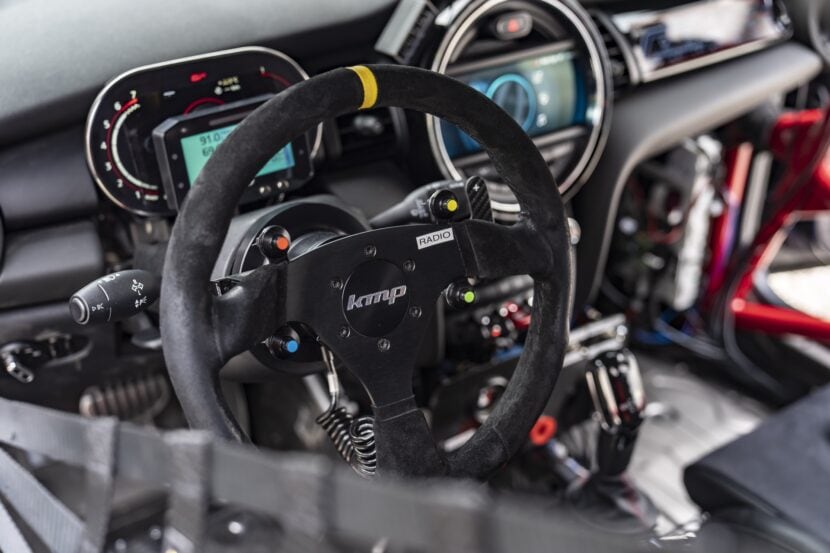 Inside, the Bulldog Racing MINI is fully kitted out as a track car but, oddly, has a passenger seat. However, it has a full roll cage, enough wiring to confuse Alan Turing, a radio for the driver to communicate with the team, and a drink system, so the driver can hydrate while spending hours in the car. It’s a full-on endurance racer but one that can actually drive on the street. Which is exactly what Charlie Cooper and Horatiu did in West Sussex, England.

I’m jealous of Horatiu because it looks like an absolute riot to drive a genuine race car on the road. It’s rough, it’s loud, it’s violent, and looks really fast. Though, I’m even more jealous of Charlie Cooper, as it looks even more fun to actually drive. There’s something delightfully mischievous about driving a car designed for the 24 Hours of Nürburgring on public roads. Check it out.