Rusty BMW Isetta Started For The First Time In 40 Years

Some cars deserve to live more than others, and with the Isetta representing an interesting chapter in BMW’s history, this bubble car was worth saving. It had spent over 40 years abandoned in the woods with no one to care for it, but thankfully, the folks over at the YouTube channel RESTORED decided to give the pint-sized car a new lease on life.

The model in question is the later Isetta 300 with its bigger single-cylinder engine producing a mighty 13 horsepower and 18.4 Newton-meters (13.6 pound-feet) of torque. That was enough BMW “muscle” for a top speed of 53 mph (85 km/h) back in the day. Of course, this particular example was not exactly in tip-top shape as rust devoured the car’s tiny body. 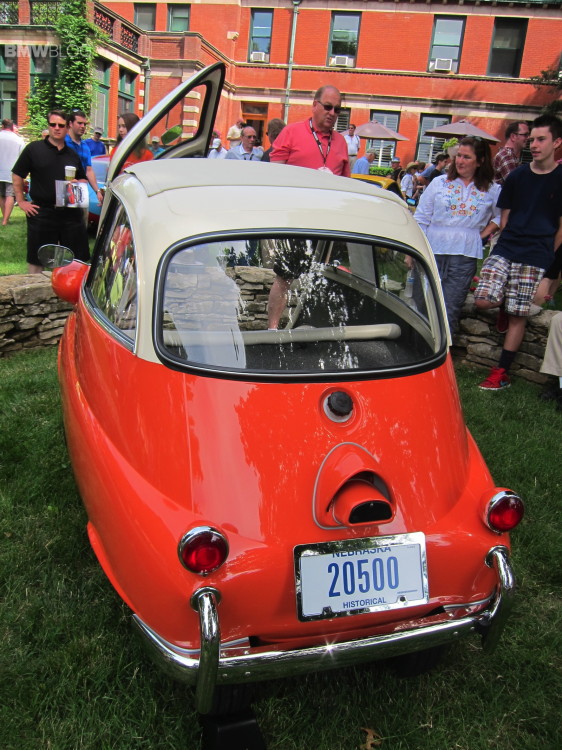 It’s not every day you see an engine cover inside the car, but with the Isetta having a diminutive powertrain, the protective panel fits snugly in the cabin. Unsurprisingly, the wiring was a hot mess, but they eventually figured it out and plugged in a fresh battery in an attempt to fire up the engine. However, the better part of the video is about reviving the four-stroke unit to make the car run after rotting away in the woods for roughly four decades.

They eventually resurrected the minuscule engine before focusing on the suspension and bent wheels. It was then time to hit the road and head to the nearest car wash. The BMW Isetta 300 was then refueled before embarking on a top-speed run to see whether there was still life left in the one-cylinder engine. While it didn’t hit its quoted top speed, the microcar almost reached 40 mph (64 km/h), which isn’t too shabby considering it had been neglected for so many years.

The 1959 Isetta 300 now runs and drives again, but you’ll be needing a set of earbuds since the engine is extremely noisy even when it’s idling.