Let’s face it, you’re not buying a car that costs six figures for its fuel economy. However, this $101,795 BMW M4 is a pleasant surprise at the pump. EPA rates this 2022 example in the Competition guise with xDrive at a measly 22 miles per gallon (10.69 liters / 100 km) on the highway, but one YouTuber massively improved the official efficiency rating of the potent inline-six engine.

People in the market for an M4 appreciate the performance delivered by the 503-hp engine, but more efficiency certainly doesn’t hurt. We’d like to point out EPA obtains the fuel economy numbers by driving a vehicle for 10 miles over the course of twelve and a half minutes at an average speed of 48 mph without exceeding 60 mph. 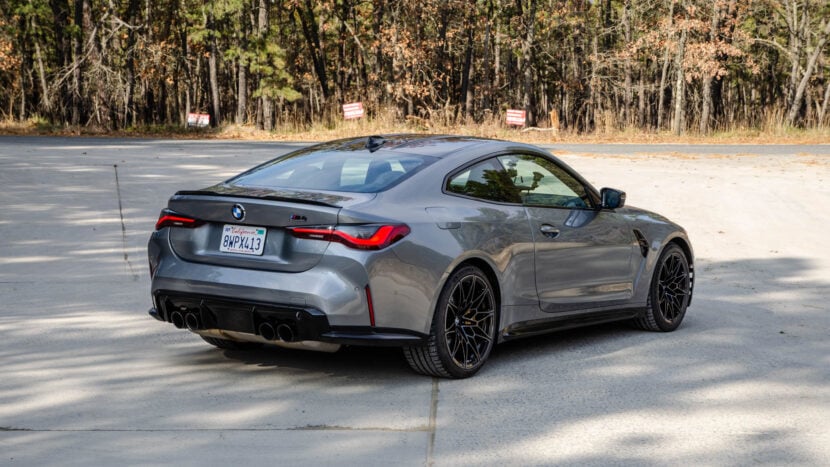 Daily Motor did things differently as we’d argue his test is more relevant in the real world. He drove the M4 Competition xDrive for 25 miles in one direction and for another 25 miles in the other direction at an average speed of 70 mph. The YouTuber also had the air conditioning system on whereas EPA tests cars with the AC off. To maximize efficiency, the car was in comfort mode and the cruise control was set to a GPS-verified 70 mph.

This technically doesn’t qualify as hypermiling as he could’ve gone much slower to drive up those mpg numbers. At the end of the trip, the M4 had done a total of 55.74 miles and consumed 1.774 gallons of fuel, meaning it returned 31.42 mpg. That works out to 7.48 liters / 100 km. Considering the car has a 15.6-gallon fuel tank, it means the performance coupe can cover 490 miles (788.5 kilometers) before running out of juice.

Given the muscular engine and the fact it’s not exactly a light car (especially with xDrive), it’s safe to say the M4 Competition xDrive aced the fuel economy test. The twin-turbo S58 engine seems to have it all and should get even more efficient with the proliferation of hybrid powertrains. In case you haven’t heard, the M2 G87 debuting in October will be the very last M car powered solely by a combustion engine.