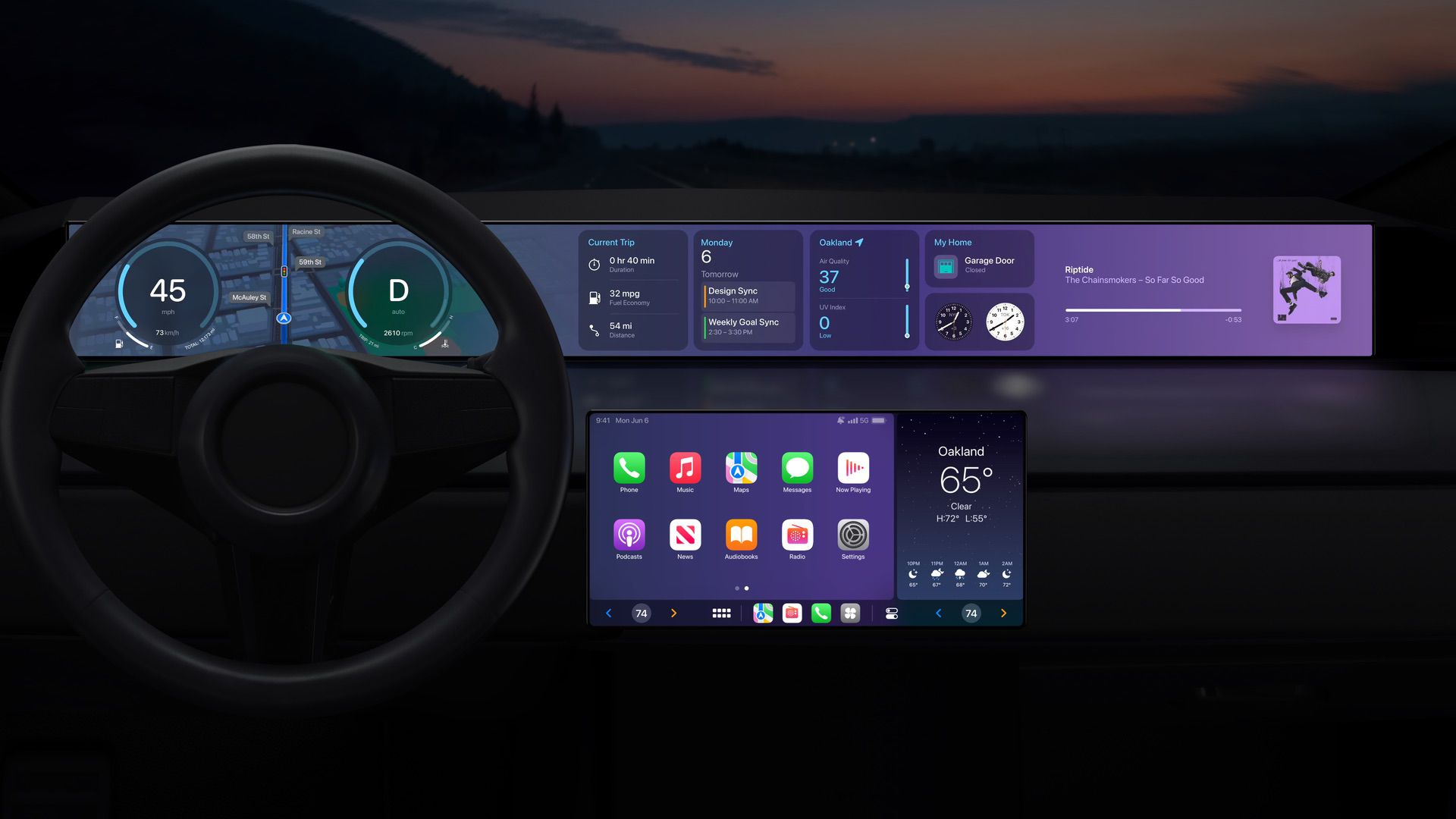 Apple CarPlay began as a nifty feature that some drivers used. Now, it’s an integral part of a car’s user interface. Customers will make decisions on whether to buy a certain car based on its CarPlay integration, or lack thereof. And it’s about to get even more engrained into cars’ infotainment systems, with the latest iOS update.

This new Apple CarPlay will not only allow you to mirror your phone onto the infotainment screen but actually control other aspects of the car with it. For instance, you will be able to adjust climate controls, add widgets to the screen, and even control your home’s connected devices. All of which will be built into the car’s infotainment screen and will be adjusted to fit each and every car it’s available in. Essentially, it takes over for the car’s own infotainment.

It can also replace the car’s digital gauge cluster. For cars with fully-digital gauges, Apple CarPlay will be able to completely change its UI, replacing it with Apple’s own customizable gauges and screens. Again, it’s been designed to perfectly fit each and every car it’s available in. Additionally, it will also offer a variety of customization options that can help tailor-make the gauges to you. You can also bet your ass there will be upgraded visuals for sale on the app store.

Many automakers have already jumped on board with this new Apple CarPlay, many of whom are BMW competitors, but BMW has yet to make an announcement about it. It’s unclear if BMW will partner up with Apple for this, though I struggle to see how it couldn’t, with so many of its main competitors on board.

As someone who loves Apple CarPlay, and barely wants to live without it anymore, I’m actually excited about this. Admittedly, I typically hate overly digital interfaces in cars but Apple’s CarPlay is already so much more seamless than any automaker’s, so I have no reason to believe this expanded version won’t also be incredibly intuitive and easy to use, which can’t be said about some infotainment systems. As much of a luddite as I am, this seems like a good idea,.

[Top image provided for media use by apple.com]