2023 BMW i7 Filmed At Night With Dramatic Light Signature

Home » 2023 BMW i7 Filmed At Night With Dramatic Light Signature 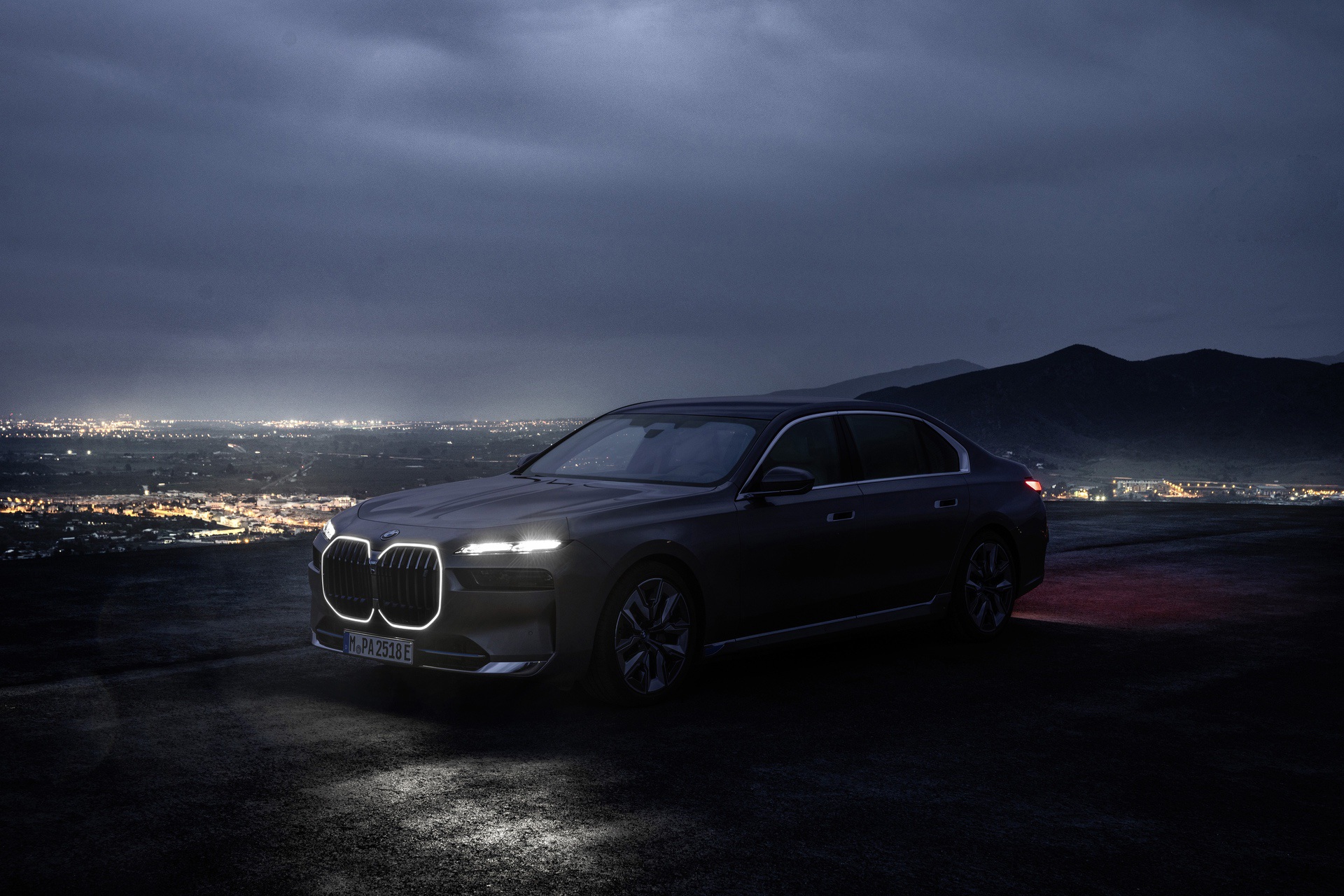 One second – that’s all we get from this video shot during the late hours of the day. It’s enough to show the dramatic light signature of the 2023 BMW i7 xDrive60. We’re being told this is a version without the optional Swarovski crystals in the daytime running lights.  With the video being shot at night, we also see the main headlights positioned below the strip of DRLs.

Split headlights aside, it’s the massive grille that stands out. Not necessarily because of its sheer size, but due to its illuminated contour. It emphasizes the imposing kidneys even more to create a truly divisive look. Say what you will about how the front end looks, but it does make the i7 unique. You will certainly know what car is behind you, and that applies to the new 7 Series as well.

The car in question must be a pre-production prototype with partial camouflage. Why? Because the bottom section of the grille isn’t illuminated. However, that’s only because the disguise covers the LEDs. As seen in the official image at the top, the full contour is backlit. While some automakers are using horizontal light strips for their latest products, BMW has gone a step further with the 7 Series / i7.

The i7 Takes BMW’s Illuminated Grille To The Next Level

A light-up grille isn’t a novelty as it has been around for many years but in a rather discreet configuration. The grille’s slats have been subtly illuminated from behind on cars such as the 5 Series and X6, but also the lesser 3 Series. With the new i7, BMW wants to make sure you know what car is in your rearview mirror.

It remains to be seen whether this striking look will make people jump ship and go for a Mercedes S-Class or Audi A8. Bear in mind the G70 won’t be the only BMW to adopt this look-at-me appearance as other models will follow. For better or for worse…