A drag race between a BMW M3 and an Audi RS3 doesn’t seem fair, at least not on paper. We have two performance cars that play in different leagues as everyone expects the former to take the win. But is that really the case in real life? Carwow’s Mat Watson has the answer by lining up his long-term Competition against the latest hot hatchback from Ingolstadt.

The all-green drag race pits a rear-wheel-drive BMW against a Quattro-equipped Audi. That evens the odds a bit as the new RS3 is known for having a great launch control system. Even so, it still has “only” an inline-five 2.5-liter engine with 400 hp and 500 Nm (369 lb-ft). In the other corner, the M3 Competition relies on a twin-turbo inline-six pushing out 510 hp and 650 Nm (479 lb-ft). That’s quite the gap, isn’t it?

Although the Audi RS3 Sportback is down on power, it makes up by being significantly lighter since it carries around 160 kg (353 lbs) less than the M3 Competition. Another major difference between the two is the transmission – a seven-speed dual-clutch for the Audi and an eight-speed torque converter for the BMW. 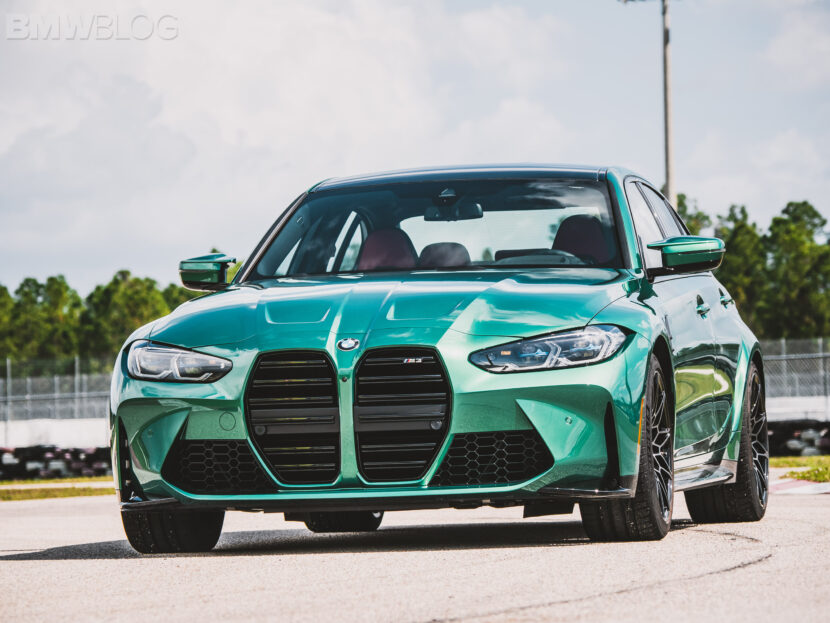 As expected, the Audi RS3 was much quicker off the line in all three drag races. Had it been the M3 xDrive, the situation would’ve been significantly different. The BMW wasn’t able to recuperate the lost ground in the first duel but did it in the subsequent fight. In the third and final drag race, the Isle of Man sedan had a better launch and took a comfortable win in the end.

By taking launch control out of the equation, the roll race from 50 mph (80 km/h) had an undisputed winner – the M3. Even in the follow-up duel with the BMW handicapped (third gear instead of second), it still won.

Surprisingly, the much heavier car won the brake test from 100 mph (161 km/h). We would’ve expected the Audi RS3 to come to a halt quicker than the BMW M3 Competition. Nevertheless, the Sportback – also available as a sedan – is still a force to be reckoned with. It’s especially true since this is Audi’s entry-level RS model.