The BMW M4 F82 and Dodge Challenger Hellcat are both performance cars, and yet they couldn’t be any more different. On paper, the American muscle should effortlessly beat the previous-generation sports coupe from Bavaria. However, this is no ordinary M4 as its engine has been massaged to extract quite a bit more oomph.

YouTuber Sam CarLegion with an appetite for drag races pitted these two high-powered beasts in a couple of quarter-mile runs. The Hellcat was stock, rocking a supercharged 6.2-liter V8 with an immense 707 horsepower and 650 pound-feet (884 Newton-meters). In the other corner, the M4 F82 and its straight-six 3.0-liter engine packed 650 hp and 550 lb-ft (746 Nm).

That’s quite a bit of power gap, but much like other American performance cars, the Dodge is way heavier. It tips the scales at 4,448 pounds (2,017 kilograms), meaning it carries an extra 720 lbs (327 kg) over its competitor. The Hellcat is notorious for being finicky to launch, while the M4 F82 with the dual-clutch automatic is the exact opposite. 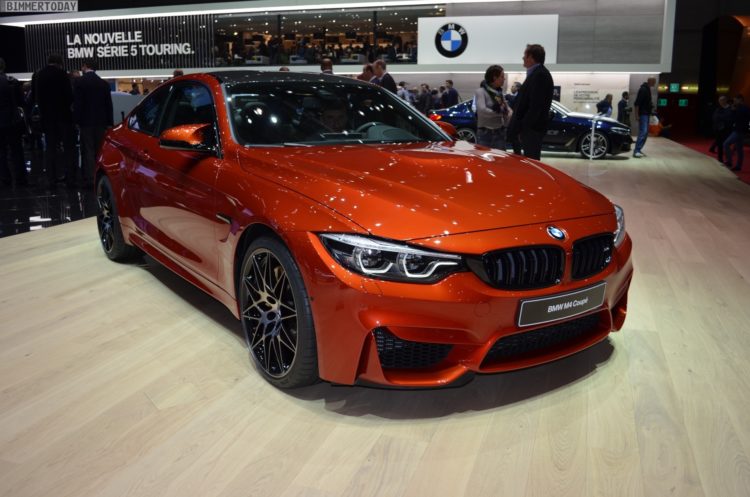 It should be mentioned the 2015 Bavarian coupe is not only tuned, but it also runs on track-only tires. It too struggled to put the power down at first, but after it happened, it went like a rocket. The Challenger got smaller and smaller in the rearview mirror and didn’t stand a chance in the second drag race either.

The roll race from 31 mph (50 km/h) wasn’t that much different as the M4 F84 flew past the 707-hp beast without breaking a sweat. In fact, the BMW gives us the impression it could’ve beaten the Dodge even in stock form or it would have been extremely close. It goes to show having a bigger and more powerful engine isn’t everything. That’s especially true when the car weighs about as much as a fullsize SUV. Perhaps we should stop complaining BMWs are getting heavier after looking at the specs sheets of American sports cars.