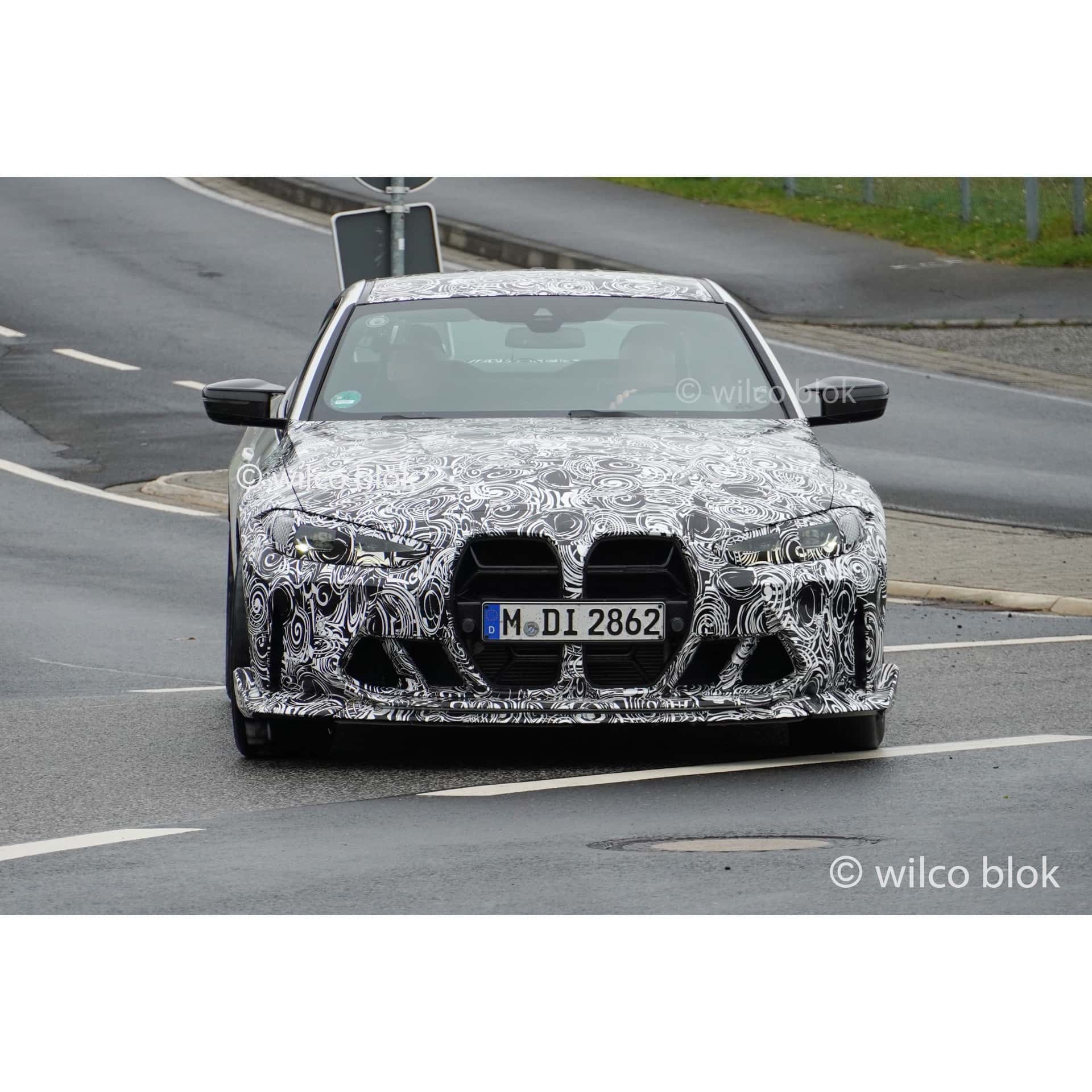 This isn’t the first time the BMW M4 CSL has been seen doing camouflaged testing in public but these new spy photos are the closest we’ve ever seen. In these new photos, the M4 CSL was stopped at a gas station, when a pesky automotive paparazzi snagged some close up photos of BMW’s upcoming monster M4 and in them we can see some of its interior. (We don’t own the photos but they can be seen here)

Being the most extreme version of the BMW M4, the upcoming M4 CSL obviously looks extra aggressive. Its lower front lip spoiler is surprisingly large, its kidney grilles have newer inserts that offer a ton of negative space (likely for added airflow), the ducktail rear trunk spoiler sits up rather high, and it might even be getting a new style of carbon fiber roof, judging by the camouflage up top. However, you probably already knew all of that, as these aren’t the first spy photos we’ve showed you.

What’s new are the photos of the interior, which show off the M4 CSL’s new seats. From what we understand, the standard seats will be the carbon fiber sport buckets which are optional in the current M3 and M4. But there also seems to be an additional seat option, which could be even more aggressive and is what seems to be seen in these photos. The upper shoulder portion of the seat is carbon fiber and features large openings, seemingly ready for racing harnesses. Aside from that, though, they look similar to the regular carbon buckets.

Power will still come from BMW’s S58 engine, a 3.0 liter twin-turbocharged inline-six, but horsepower will be up to about 550-560 horsepower. At the moment, the main transmission choice will be BMW’s ubiquitous ZF-sourced eight-speed auto and it will power all four wheels, via the M4’s xDrive system. However, during Markus Flasch’s tenure as M CEO, we were told that neither rear-wheel drive nor a manual transmission were off the table. Now that Frank van Meel took over as CEO, it’s unclear. But we haven’t heard any word of the contrary yet, so we’re still assuming both rear-drive and a manual are possibilities. Either way, we’re going to find out soon enough, as the BMW M4 CSL will be revealed sometime this summer, to celebrate the M Division’s birthday. Stay tuned.