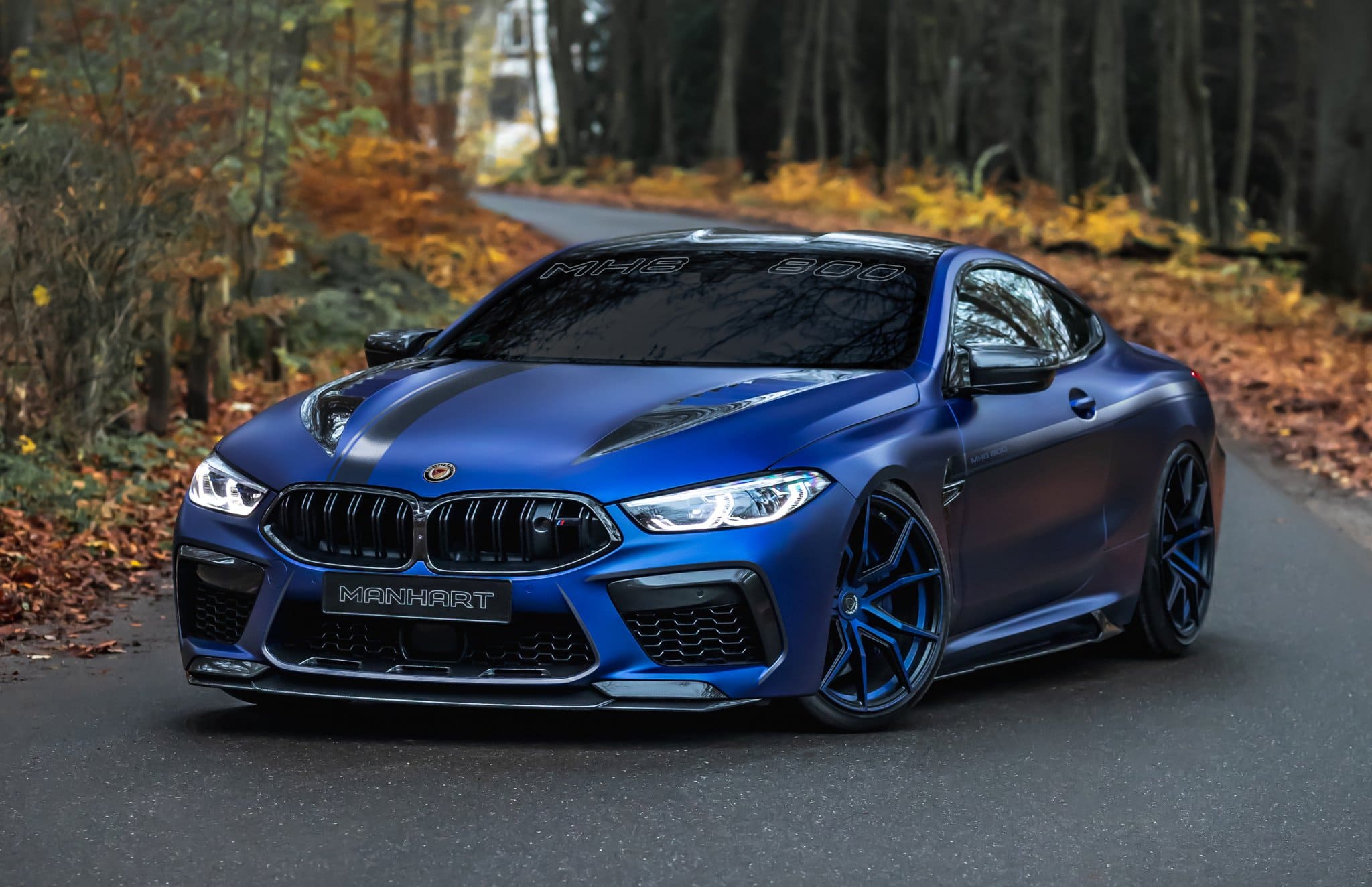 Wuppertal-based tuning company MANHART Performance is unveiling today their latest BMW project. The MANHART MH8 800 started life as a BMW M8 Competition, but once it left the tuning shop, it is now much more than that. The V8 TwinTurbo S63 was pushed to new limits and now delivers 823 horsepower and 1,070 Nm of torque (790 lb-ft). The model is only produced in an extremely small number of units, as the addition of the name, LIMITED 01/10 makes it clear. The Frozen Blue model shown here is the fifth of the ten units built. 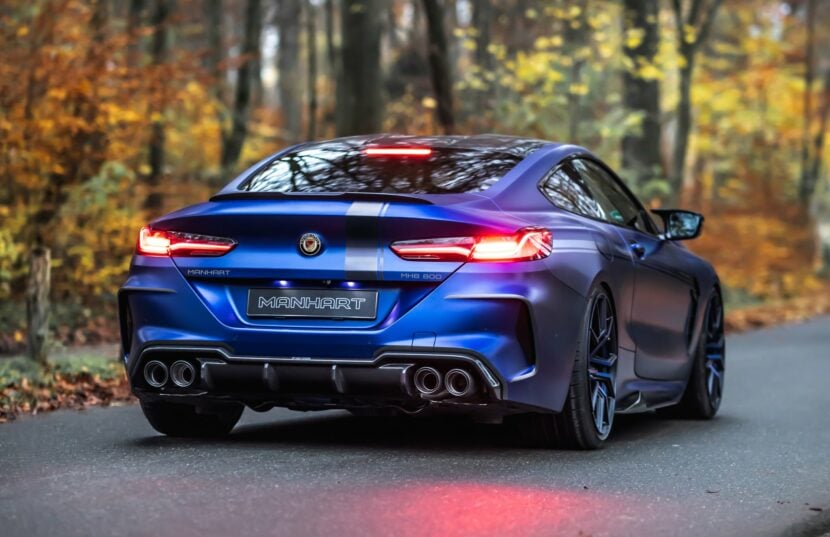 In a press release, MANHART says that they achieved the impressive power upgrade by developing a power kit in-house. Furthermore, the MH8 800 was fitted with a MANHART turbo upgrade, a MANHART intercooler upgrade, a MANHART carbon air intake and a complete MANHART stainless steel exhaust system. The latter features four pipes, each 100 millimeters in diameter, complete with carbon casing.  In addition, there are MANHART OPF-Delete replacement pipes made of stainless steel and race downpipes without catalytic converter, which, however, do not have TÜV approval and are therefore only suitable for export. 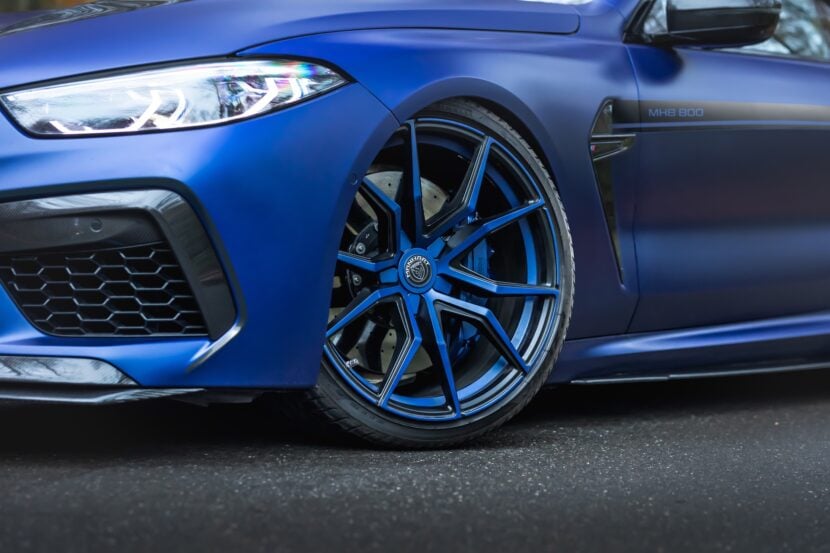 As with most, if not all MANHART projects, the BMW M8 was further fitted with an aggressive body kit and additional performance features. It all starts with a suspension upgrade from KW which provides more depth and better driving dynamics. Next, you have the MANHART Spider wheels in 10.5×21 and 11.5×21 inch with 275/30ZR21 and 295/30ZR21 tires. The visual kit stands out with a black kidney grille and a full MANHART carbon fiber package.

The latter comes with a redesigned bonnet with GTR air outlets, a front spoiler, side skirts and a rear diffuser. The MANHART decal set is also now a staple on their projects which goes well with the matte blue paintwork paired with colored accents on the wheels. Last but not least, the interior is upgraded with an Alcantara steering wheel including a carbon accent on the lower spoke. 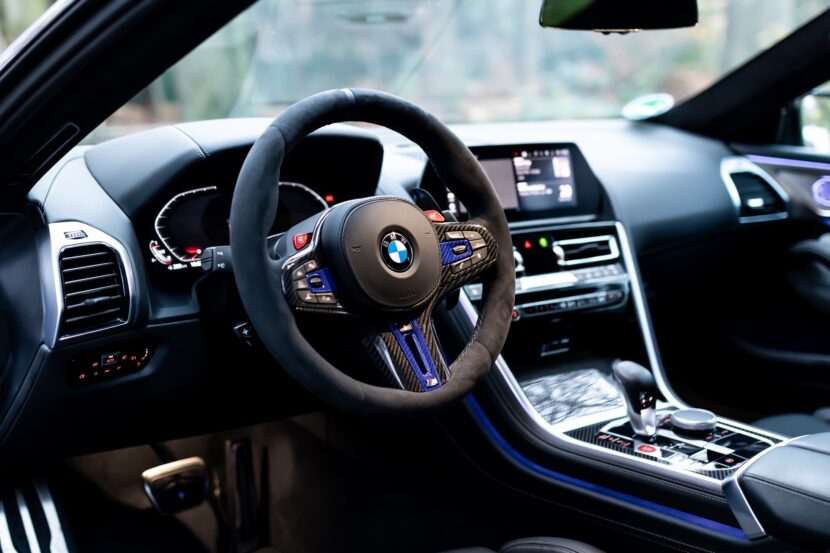 Needless to say, the MANHART MH8 800 project is quite impressive and with only ten units produced globally, it will be quite unique on any road or in any private car collection. No price on the upgrades, but you can always reach out to the MANHART team for further details. 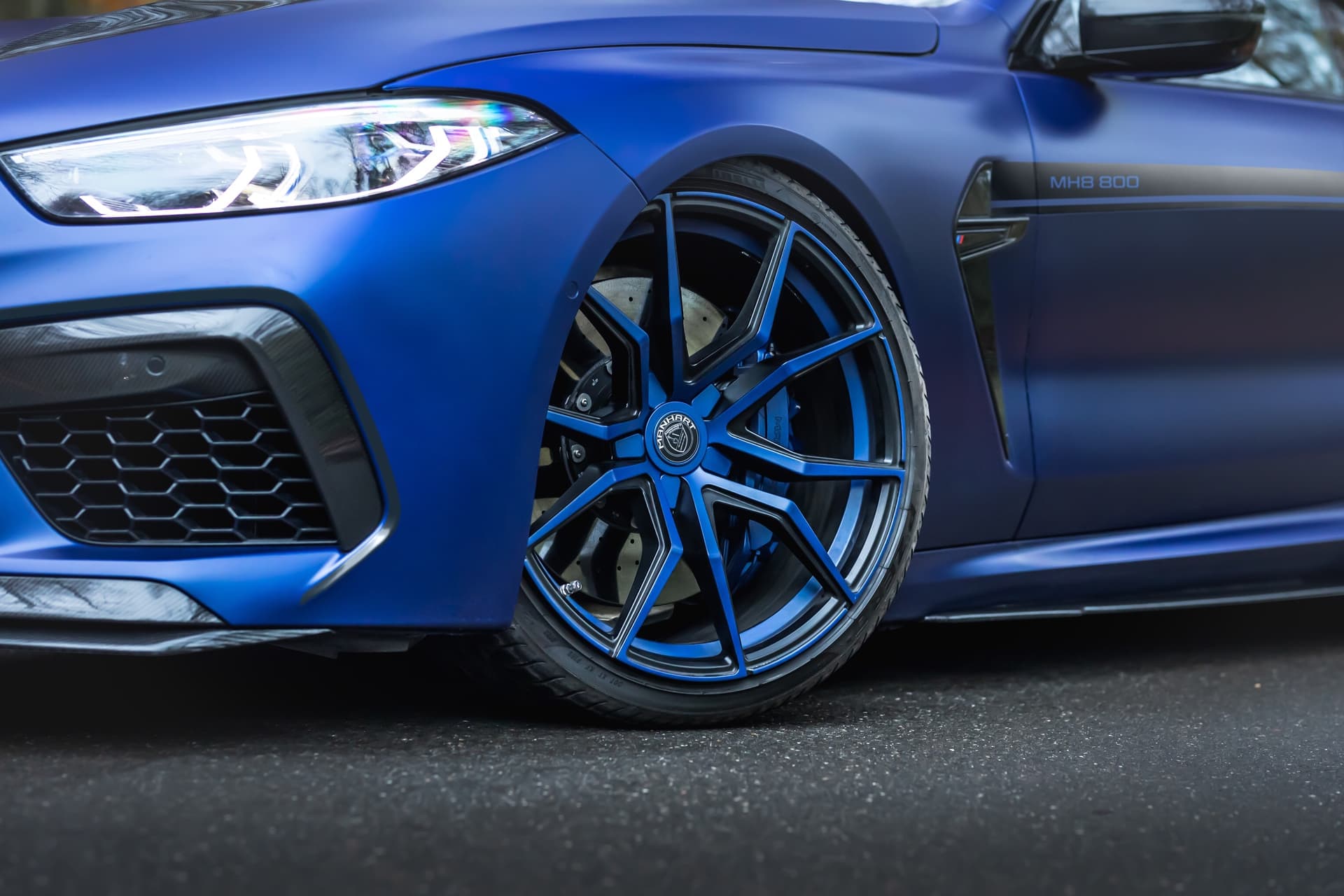 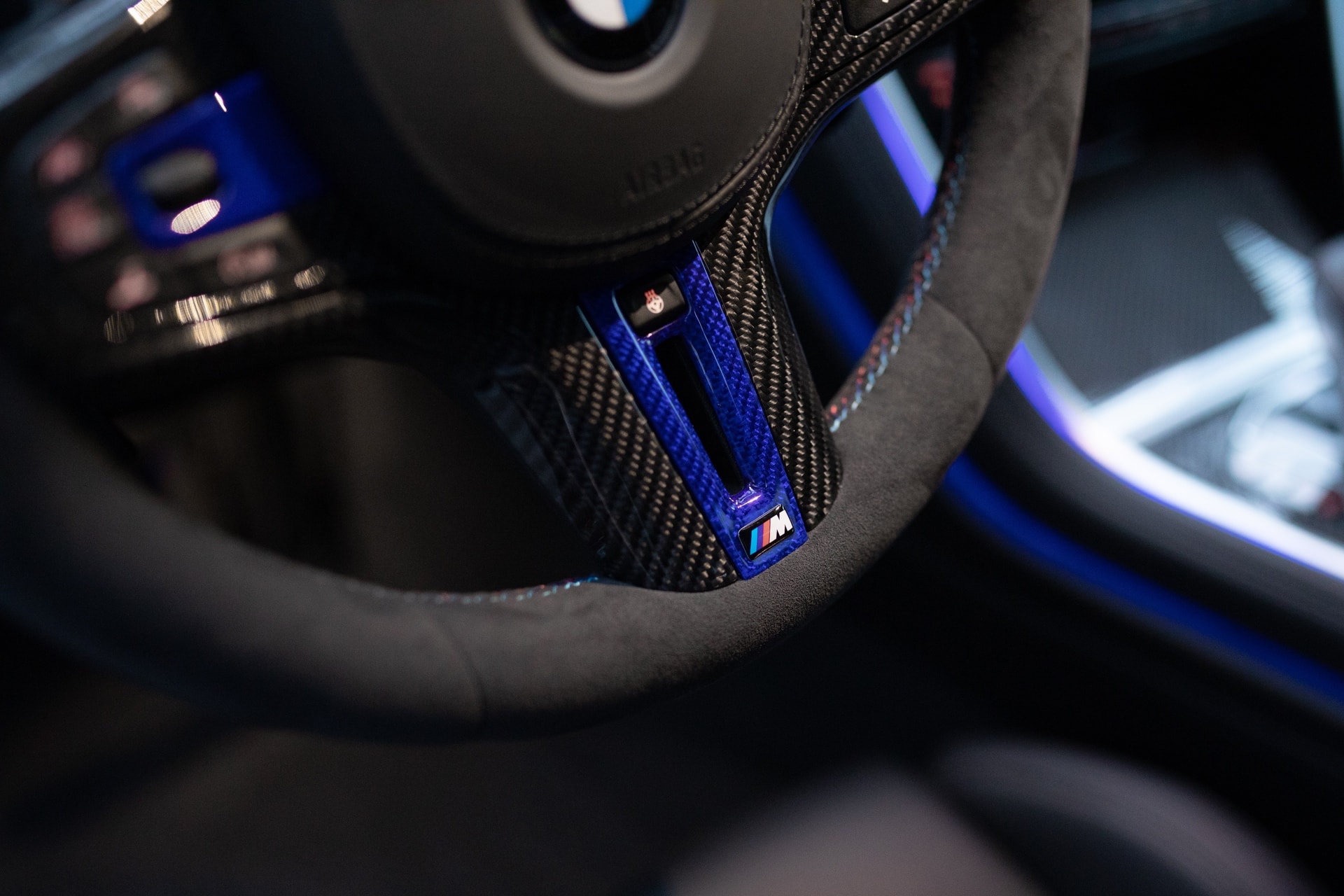 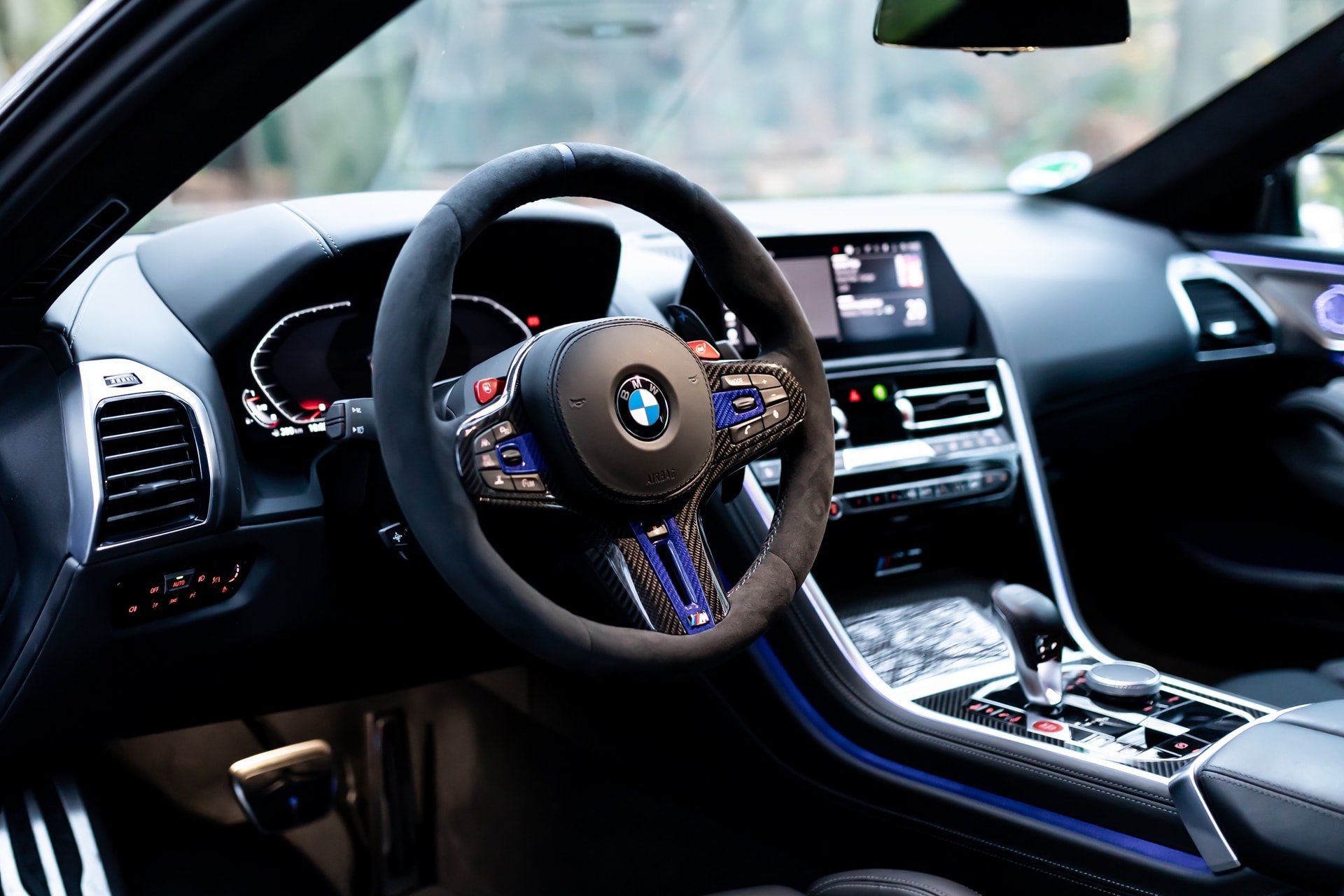