The BMW G80 M3 has to prove itself against all sorts of rivals. People just want to challenge it in various ways, even though the spec sheet might already tell them that they stand no chance. Furthermore, BMW is known to be conservative with the numbers so beating cars with better specs shouldn’t be a surprise. The video below shows the German sedan going up against two American challengers.

One of them actually goes by that name. It’s the Dodge Challenger and, according to the video, it’s a Scatpack model. That means it uses a 6.4-liter V8 under the hood, good for 485 HP and 475 lb-ft of torque. That power goes to the rear wheels alone via an 8-speed GM automatic gearbox. In theory, the Scatpack should do 0-60 mph in just over 4 seconds and the 1/4 mile in about 11.7 seconds, which isn’t bad at all. 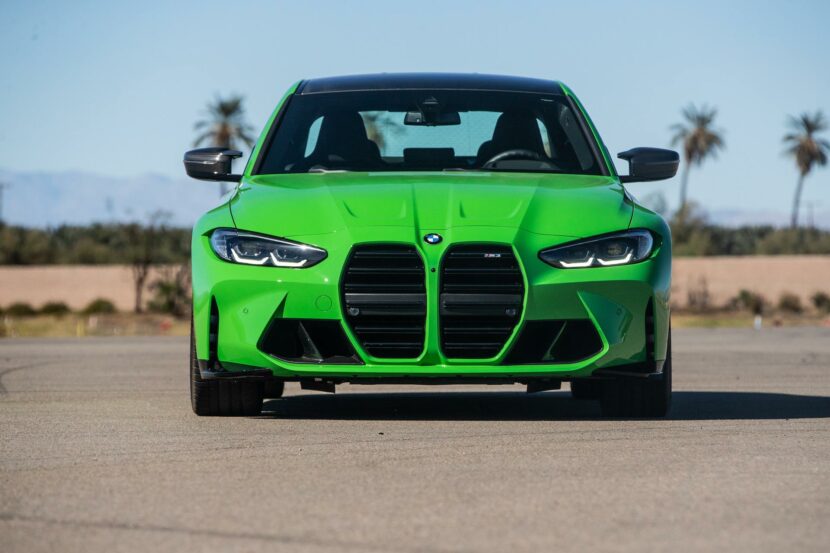 Then there’s the Lincoln MKZ, hardly a car you could easily say it was built for drag racing. The American-made sedan, in its most powerful guise, can rely on 400 HP and 400 lb-ft of torque out of its 3-liter twin-turbo V6 under the hood. Its main advantage here is that it features an all-wheel drive model so, from a dig, it can get the jump on the M3. However, with a 0-60 mph time of 5.2 seconds, it can hardly match up to the Bavarian machine.

And the video below clearly shows it, too. Even though there’s no mention of what kind of BMW M3 we’re looking at here, judging by the times and smooth shifting, this is most likely an M3 Competition. That means it has 503 HP to run with, it’s rear-wheel drive and has an automatic 8-speed gearbox on board to make shifting as fast as possible. That said, none of the two had any chance against it, even though the driver of the M3 was seemingly asleep at every launch.