Note: Turn on YouTube’s Auto Translate function for captions in the desired language. Hands down one of the most beautiful cars ever made, the Alpina Roadster V8 picked up where the BMW Z8 left off. It lost some of the sports car genes to become a more relaxing grand tourer courtesy of a softer suspension and a five-speed automatic transmission replacing the original six-speed manual.

The first Alpina sold directly through BMW dealers, the Roadster V8 was assembled only in 555 examples. The gorgeous convertible sat on larger 20-inch wheels featuring the company’s timeless multi-spoke design while eschewing the run-flat tires in favor of a different rubber with taller sidewalls. The Buchole-based manufacturer also made some subtle tweaks to the design inside and out without straying away from the original formula of a 507 homage.

There’s a dealer in Germany selling one of these beauties, but it will cost you a pretty penny. It’s available for an eye-watering €315,500 or about $358,800 at current exchange rates. The price is justifiable (to some extent) given the roadster’s mint condition and low mileage of 34,800 kilometers (21,623 miles). 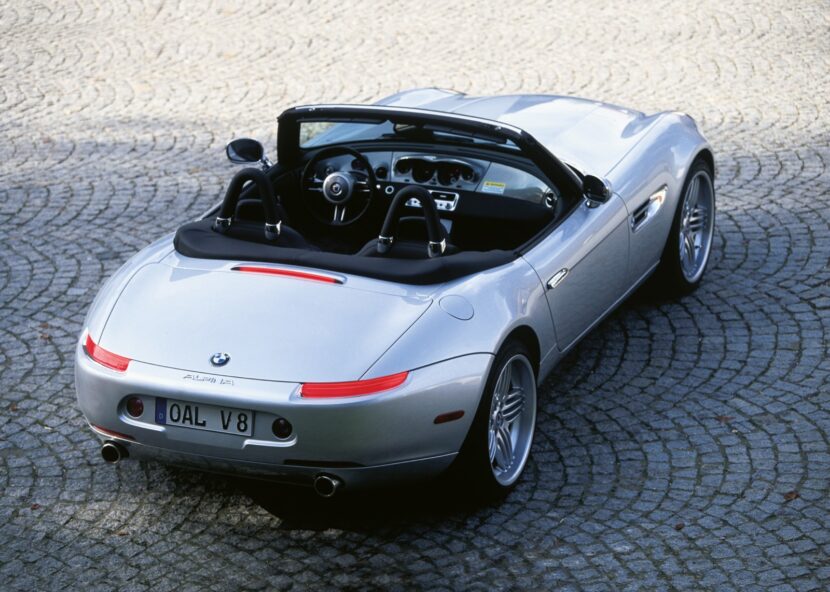 Originally purchased by a customer from Minneapolis back in 2003, the car was brought to Germany six years later by none other than the local Z8 club president. As you can see, it’s been well taken care of during the last two decades. It was built towards the end of the model’s life cycle since it’s number 423 out of 555 judging by the plaque mounted between the seats inside the two-tone cabin.

It hasn’t been involved in any accidents and comes bundled with all the important documentation. The seller goes as far as to say it’s in “perfect condition” both mechanically and visually. Even so, the hefty price tag is a tough pill to swallow, but collectors know the BMW Alpina Roadster V8’s value will only increase with time. That’s especially true for low-mileage time capsules like this one.