For enthusiasts, few videos are more enjoyable to watch than a car getting the pampering it deserves. There was nothing particularly wrong with how BMW 3 Series from the E36 generation looked before, but being more than 20 years old, it was beginning to show its venerable age. Finished in Techno Violet, the coupe got a full makeover from a professional detailer.

British shop Auto Finesse organized a contest on social media where people were invited to sign up with their own cars and the winner would get it fully detailed for free. Some 1,000 users participated before the list was cut down to just 10 finalists. The E36 ultimately came out on top in the popularity contest following public voting, managing to beat a first-gen Ford Escort and a Corvette Stingray, not to mention a Porsche 964.

The detailer was nice enough to pick up the car from where the owner had been storing it and then got to work. You can tell by the duration of the video it was a comprehensive process to make the 328i shine again as Auto Finesse pulled out all the stops to properly fix all the paint imperfections. Aside from polishing the body, they also revitalized the exterior trim parts, headlights, taillights, and 17-inch wheels. 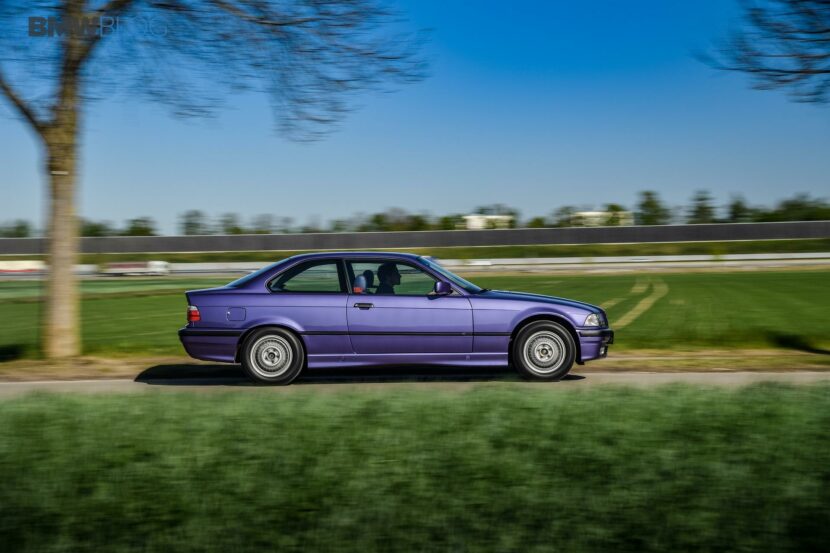 Bringing back to its former glory also meant sprucing up the interior, which involved taking out the seats to give them a thorough cleaning along with replacing the windscreen. Owned by a lucky fellow named Zach, the E36 now also rocks a Scorpion dual exhaust system and a squeaky-clean engine bay where the inline-six M52 calls home.

After handing out the keys to his prized possession, the car’s owner stayed away from Auto Finesse’s social media accounts as he didn’t want to see the car at all before it was fully detailed. The big smile on his face after they pull the cover off the car says it all, and it’s safe to say he now happily drives one of the nicest E36s out there.