The high-mileage BMW M3 E46 we talked about last week is making the headlines again as the new owner has released a follow-up video showing everything that’s wrong with it. The sporty coupe now has no fewer than 342,000 miles (550,395 kilometers) on the odometer, and in case you don’t remember, the original buyer had it up until recently when Eli from YouTube channel IgnitionTube bought it.

How did it manage to rack up so many miles? From what Eli has been told, it was driven on the highway from Chicago to Connecticut back and forth. The person who had it for so many years always took decent care of it, servicing it at a BMW dealer at the right intervals. However, surely a car built in the early 2000s can’t be perfect, right? Especially one with so many miles.

The first order of business will be to reinforce the subframe to prevent it from cracking as that hasn’t been done before and it’s a known problem. The new owner says he’ll also take care of the rod bearings as those haven’t been replaced either despite the car’s venerable age and the fact it’s another common issue. Considered to be the S54’s Achilles’ heel, the Vanos system was replaced at around 116,000 miles (186,683 kilometers), but the car has covered nearly 230,000 miles (370,150 kilometers) since then. 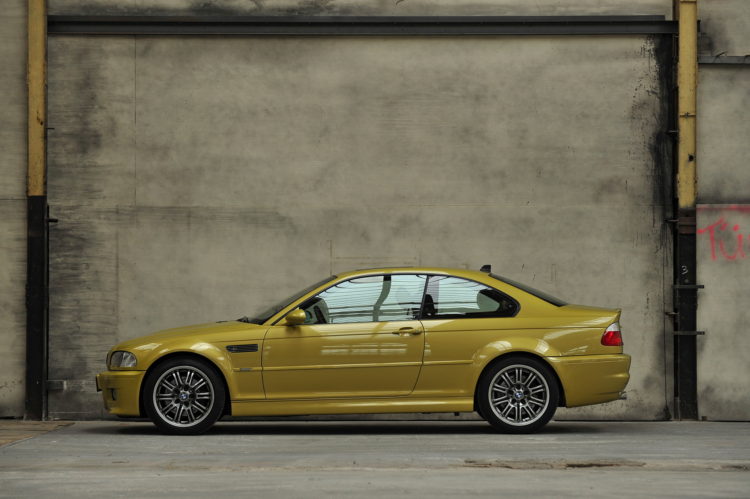 The interior is understandably showing its age, with significant wear and tear on the leather upholstery as well as on the A-pillar’s trim while the center screen has quite a few dead pixels. Some of the trim pieces have seen better days and the front seats are ripped in a couple of places, but it goes with the territory when buying a 342,000-mile car of any kind. As it’s usually the case with a two-door vehicle, the rear bench is in great condition as it must’ve been rarely used.

Stepping outside, the M3 is far from being in ideal condition, but it’s not too bad either. It would appear the hood and the front bumper were resprayed because the shade is a bit brighter compared to the fenders. Lots of superficial scratches are to be expected on a high-mileage vehicle, as are a few other minor body imperfections that can be easily ironed out. The rear bumper must’ve been resprayed as well.

The cracked weatherstrips will also need to be replaced and there are some minor defects underneath the car, but once again, it’s in pretty healthy condition all things considered. The E46 is still going strong even though some are already seeing this generation of the M3 as a modern classic.