VIDEO: The Smoking Tire Turned an E46 325iT Into a Crossover

As part of The Smoking Tire’s show “All Cars Go to Heaven”, Matt Farah and Zack Klapman decided to make crossovers out of regular cars and then put them through a series of challenges, old-school Top Gear-style. The car Farah decided to use was an E46 BMW 325iT wagon and, ironically, it look shockingly similar to my 325i sedan (same color, similar roof racks, classic faded rear badge) but Farah’s is cooler.

So how did he turn an E46 325iT into a crossover. Well, it got a raised coilover suspension kit, upgraded tires, an exhaust upgrade, and a great looking wood-rimmed steering wheel. It honestly looked like a blast to drive, even if the E46 325i is mind-bendingly slow. The taller ride height and roof racks made it look like a cur-rate Safari car and I’m very much here for it.

Klapman’s car was a modified Ford Crown Victoria with a much worse suspension upgrade but a taller ride height. It also didn’t have ABS brakes, nor did it have a way to manually select gears, as both cars were automatic. 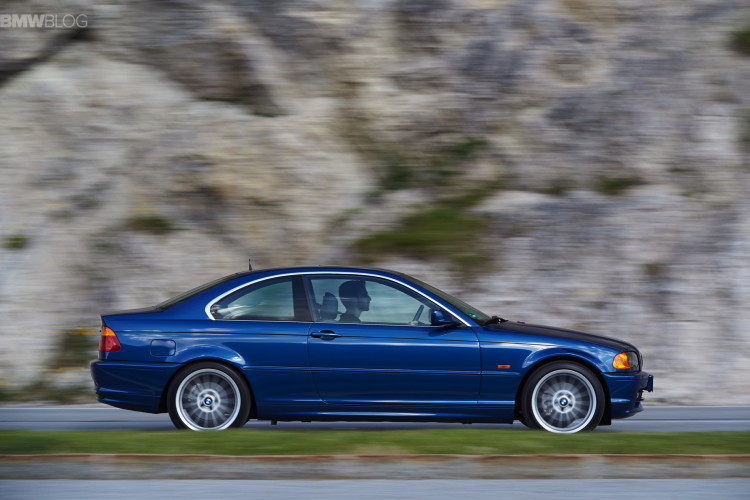 The tests both cars had to go through were the classic ones; drag race, braking test, and a lap time. All of which were compared against a brand-new Toyota Rav4, to see if the cheap, homemade crossovers could beat a new one. The braking test was especially fun, as whichever car failed to beat the Rav4 would hit a table full of funny items.

So which car was best? Watch the video to find out, as it’s genuinely worth a watch. It’s similar to old episodes of Top Gear and who doesn’t love that? Plus, a lifted E46 325iT wagon trying not to hit a table full of sausage and beer? As a BMW enthusiast, you have to watch that.