The days of performance diesels are largely behind us considering the combustion engine as a whole is gradually being retired to make room for EVs. Increasingly stringent emissions regulations are making oil burners more vulnerable to extinction than gasoline mills, but that doesn’t mean diesels with their low-end torque are no longer appealing to some people.

Case in point, this first-generation 1 Series Coupe is a diesel sleeper since it has eschewed its 123d roots to make room in the engine bay for something far more potent. The four-cylinder 2.0-liter N47 with its 204 horsepower and 400 Newton-meters (295 pound-feet) of torque had to make way for a bigger straight-six 3.0-liter diesel. Specifically, it’s the N57 massaged furthermore to extract more oomph.

Billed by the owner as being the “world’s only BMW 1M Diesel,” the hot compact coupe has an upgraded intercooler and a custom exhaust system, while the engine has received a stage 3 kit from Turbosystems along with an ECU remap. Courtesy of the tweaks, the little Bimmer now pushes out approximately 420 hp and a mountain-moving amount of torque – no less than 820 Newton-meters (605 pound-feet). 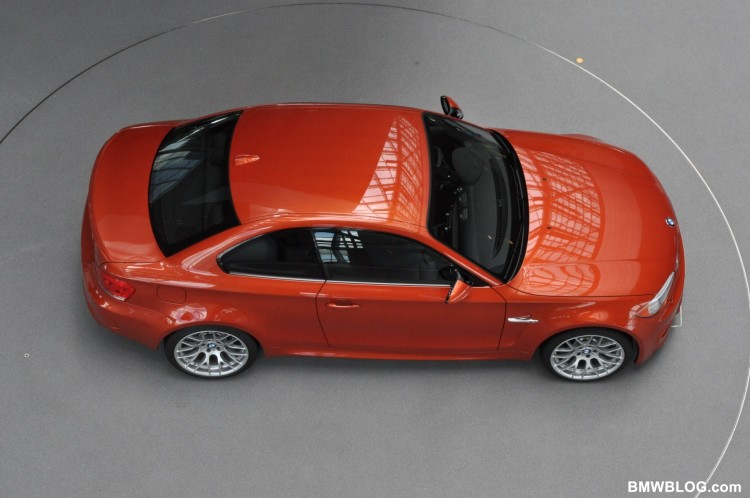 Additional modifications will be made this winter, and in the meantime, the car does 62 mph (100 km/h) to 124 mph (200 km/h) in an amazing nine seconds. It’s obviously wearing a full 1M body kit that makes the car stands out, along with a rear spoiler and quad exhausts. It was originally white and now has a yellow wrap, while the headlights and taillights have been swapped for an aftermarket set. Some changes to the suspension are likely on the list since the car is sitting closer to the road than your typical 2008 1 Series 123d M Sport and features larger wheels.

Full details about the build will be released in a future video when we hope to see the engine bay and learn whether there are any changes inside the cabin.