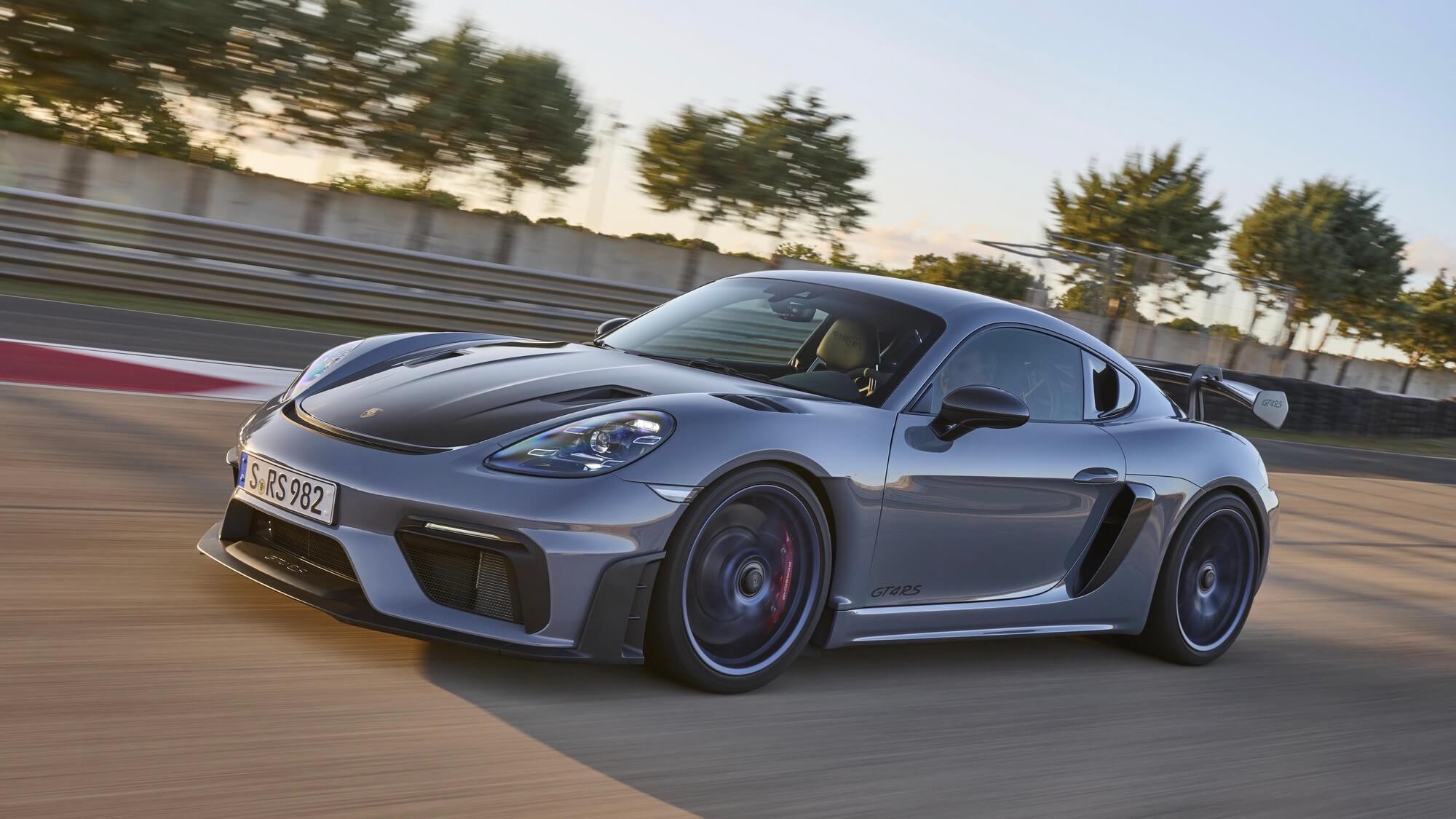 While we’re patiently waiting for BMW to unveil the new M2 Coupe (G87), the competition is getting stiffer what with Porsche introducing its most hardcore Cayman to date. Meet the new GT4 RS, unveiled today for the 2021 Los Angeles Auto Show with the flat-six engine borrowed from the mighty 911 GT3. Yes, Zuffenhausen’s “baby” sports car is finally getting the 4.0-liter unit of its bigger brother.

To no one’s surprise, the engineers have dialed the naturally aspirated engine down a bit to avoid stepping on the 911 GT3’s toes. It still makes a healthy 493 horsepower (368 kilowatts) and 331 pound-feet (450 Newton-meters) of torque while having an impressive 9,000 rpm redline. Offered exclusively with the seven-speed PDK, the extreme Cayman sprints to 62 mph (100 km/h) in only 3.4 seconds, thus making it half a second quicker than the GT4. Flat out, it’ll do 196 mph (315 km/h) or a bit more compared to the non-RS version.

Even though it technically won’t be competing directly with the M2 given the Porsche’s mid-engined layout and NA engine, a lot of buyers are likely to cross-shop the two performance coupes. It’s especially true for hotter derivatives of the new Bavarian coupe, which we’re hoping will get the CSL treatment down the line to mirror big-brother M4 CSL coming in 2022.

There’s a lot going for the GT4 RS since it’s the quickest, fastest, and most powerful Cayman ever built by Porsche, and also happens to be 49 pounds (22 kilograms) lighter than the regular GT4. It tips the scales at 1,415 kg (3,199 lbs), which makes it over 200 lbs (441 kg) lighter than the M2 Competition / M2 CS. Ideally, an M2 CSL based on the new generation will shave off a considerable amount of weight considering BMW has already confirmed the M4 CSL will drop more than 220 lbs (100 kg) compared to the standard M4.

The aero package has been taken to another level for the meanest Cayman of them all, with the swan-neck fixed rear wing being the most obvious compared to the non-RS GT4. A newly designed adjustable front diffuser also improves airflow, much like the side blades, rear diffuser, and a further optimized underbody. Activate the Performance mode and the car will generate 25% more downforce than the GT4.

Where you’d normally find side windows are now extra air intakes to improve cooling while paying extra for the optional Weissach Package adds numerous carbon fiber upgrades. The suspension has been tuned as well to drop the car by 30 millimeters (1.18 inches) compared to a regular 718 Cayman and the chassis has been stiffened up furthermore. Titanium exhaust tips reminiscent of those fitted to the 935, a titanium roll cage, and forged magnesium wheels round off the upgrades.

It’s obviously the most expensive road-going Cayman to date, retailing from $141,700 plus a $1,350 delivery fee. Over in Europe, the math starts at €141,338 with VAT included. Deliveries begin next month. 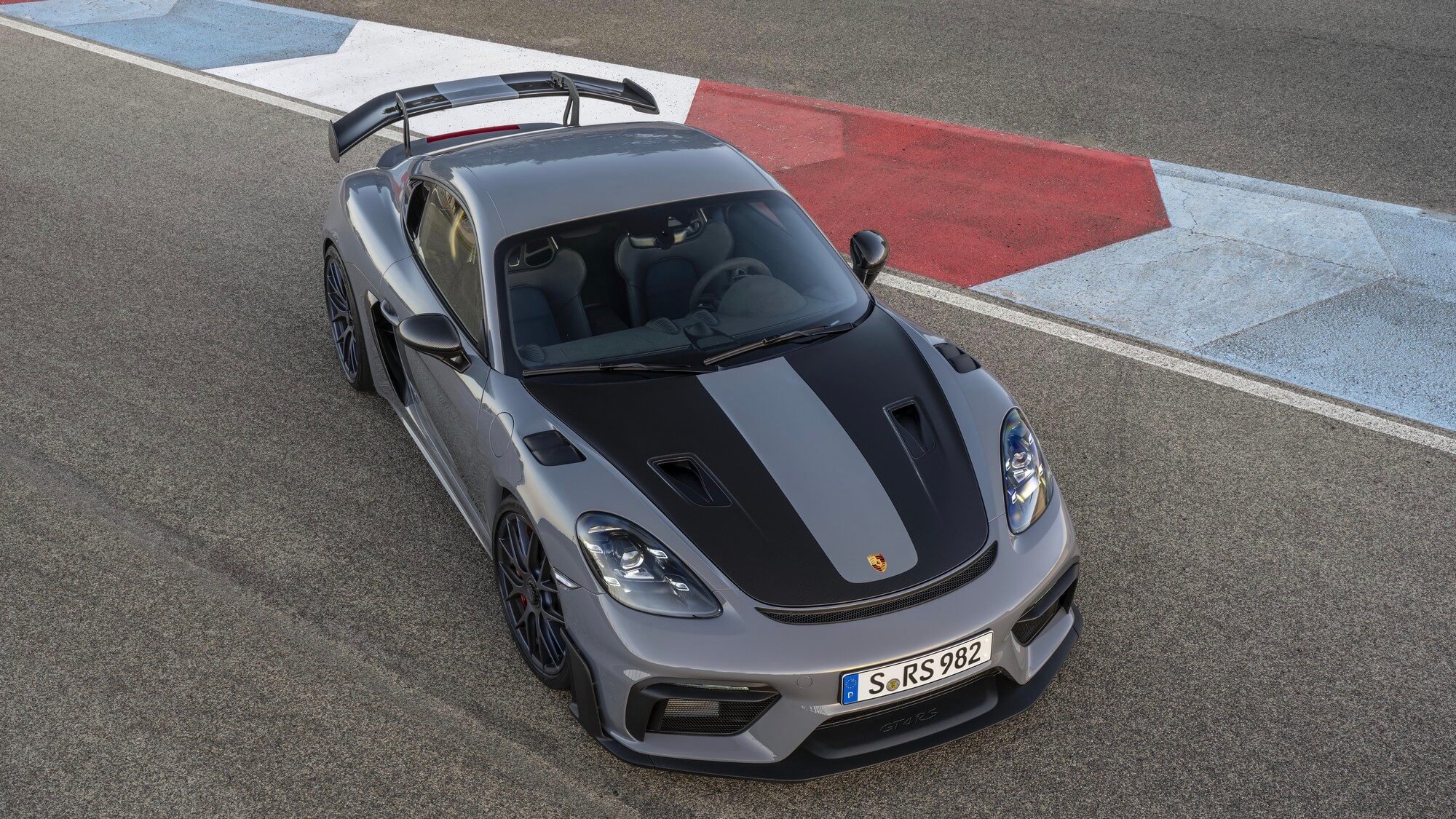 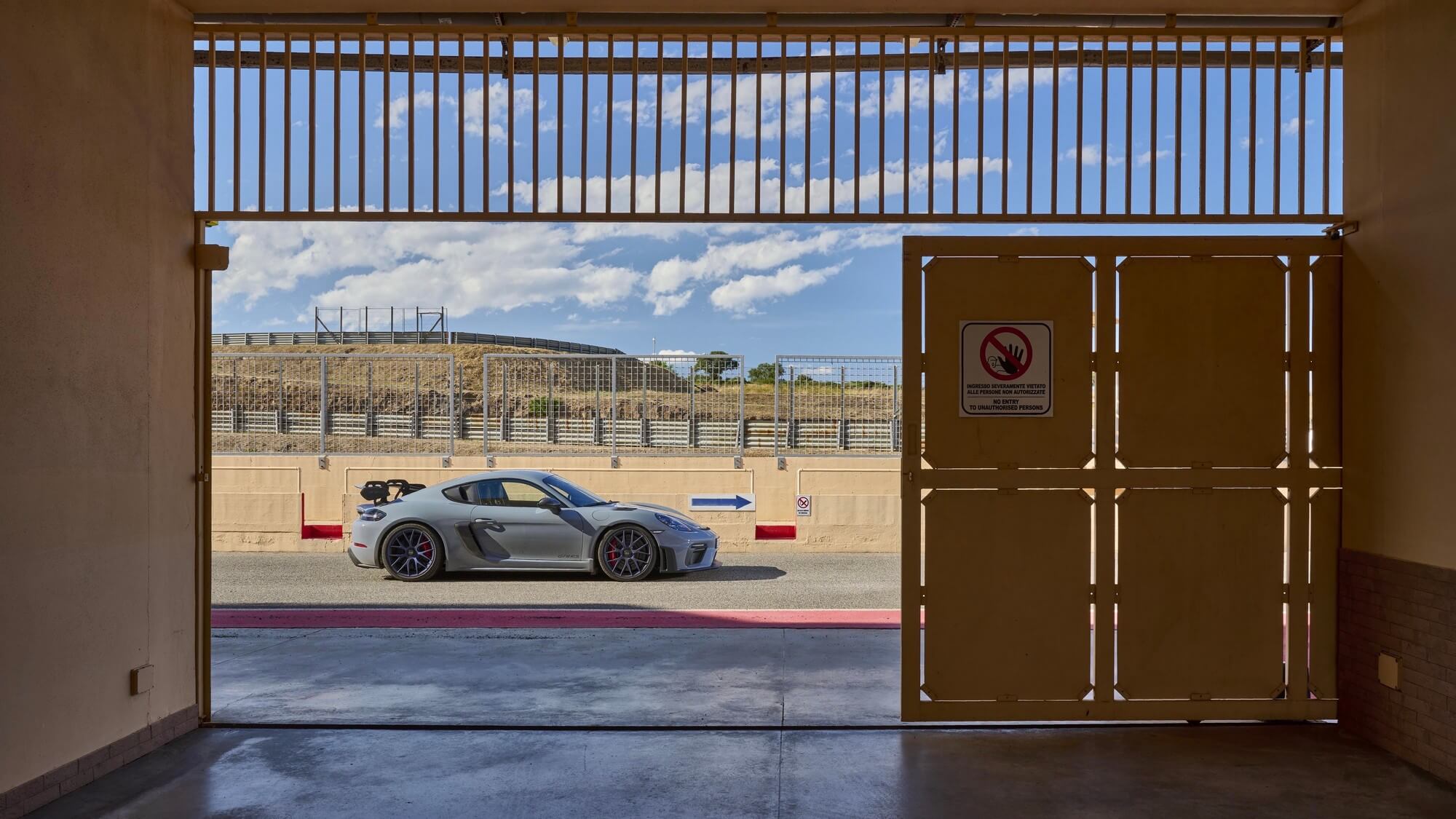 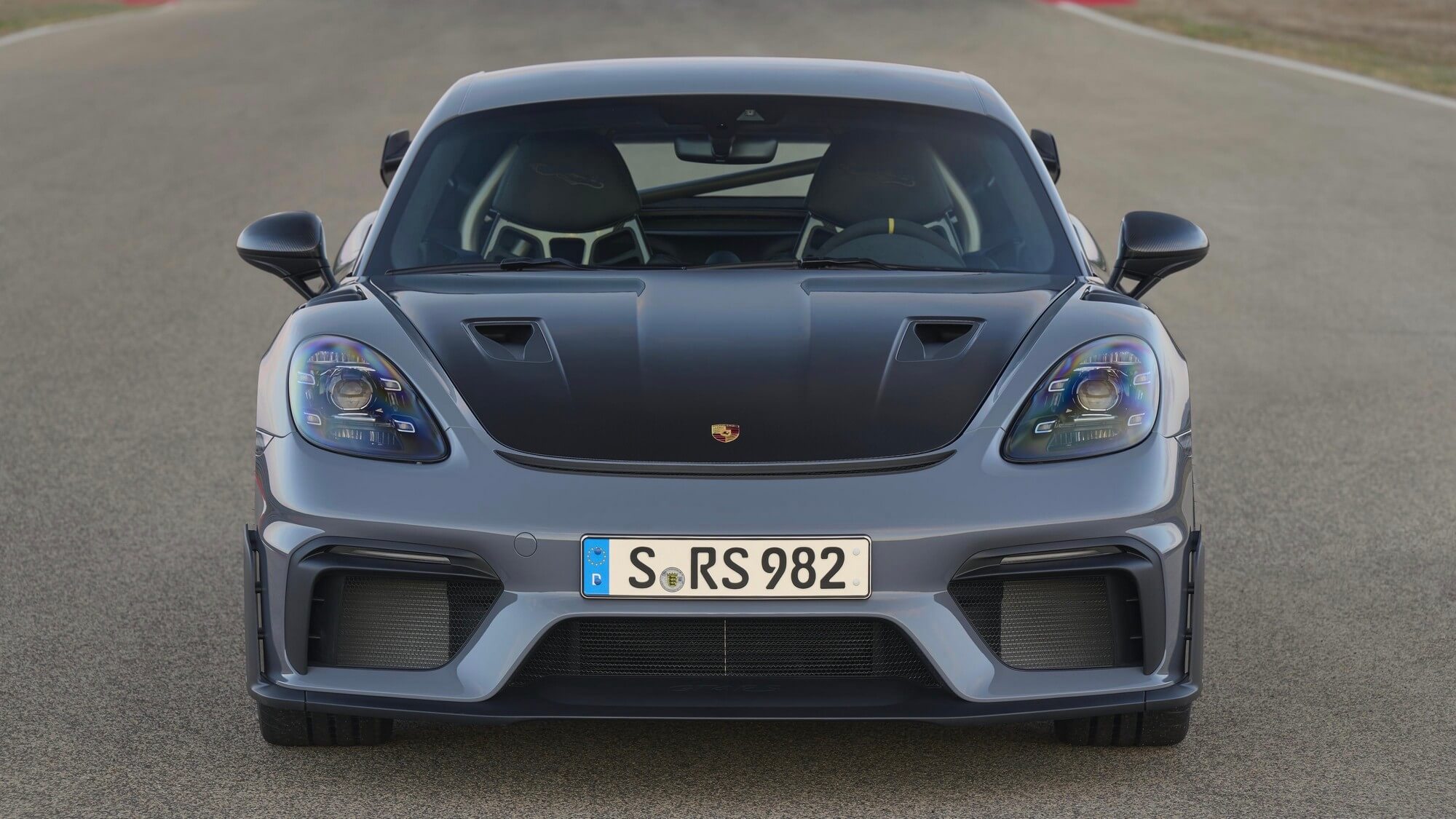 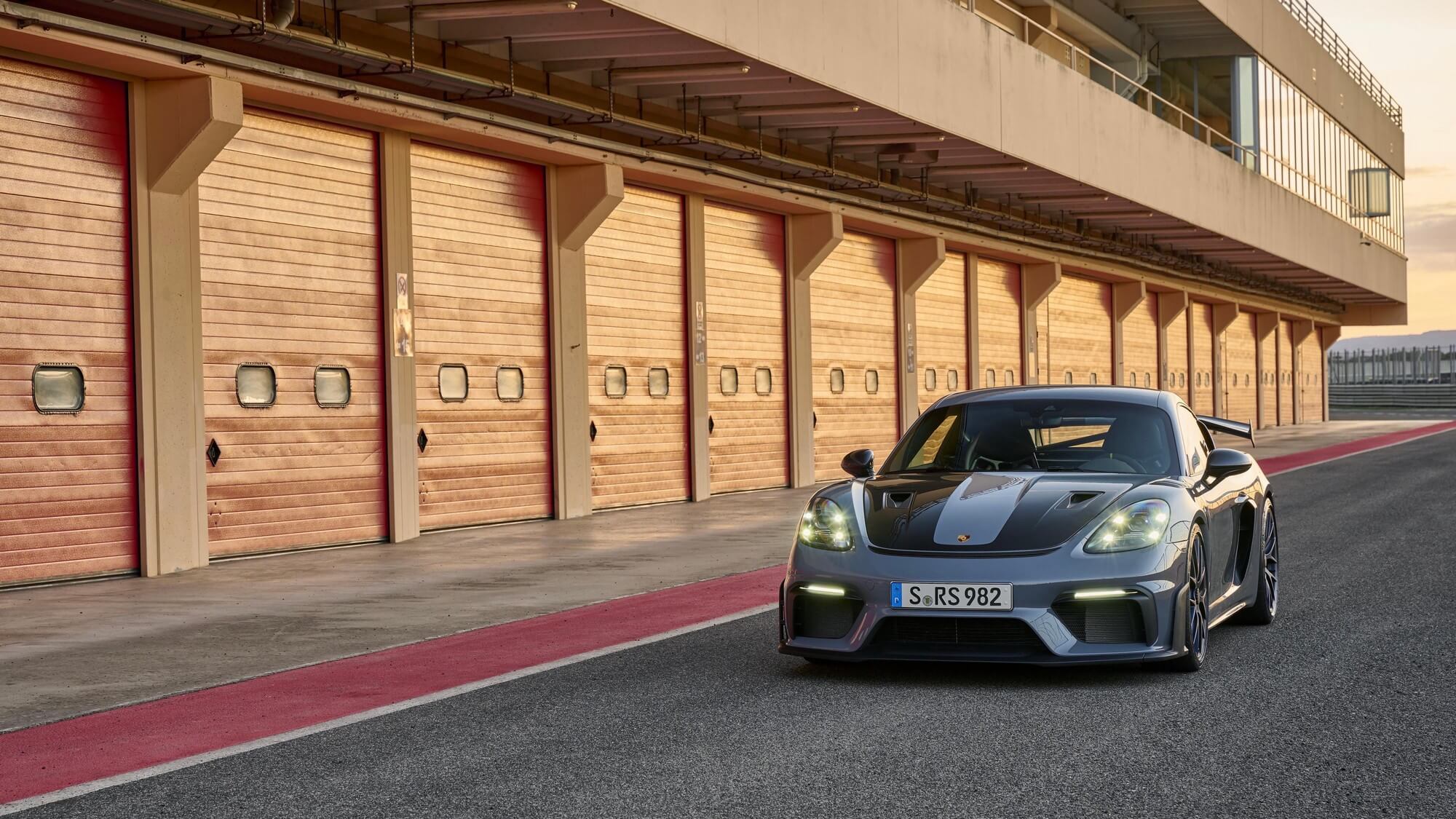 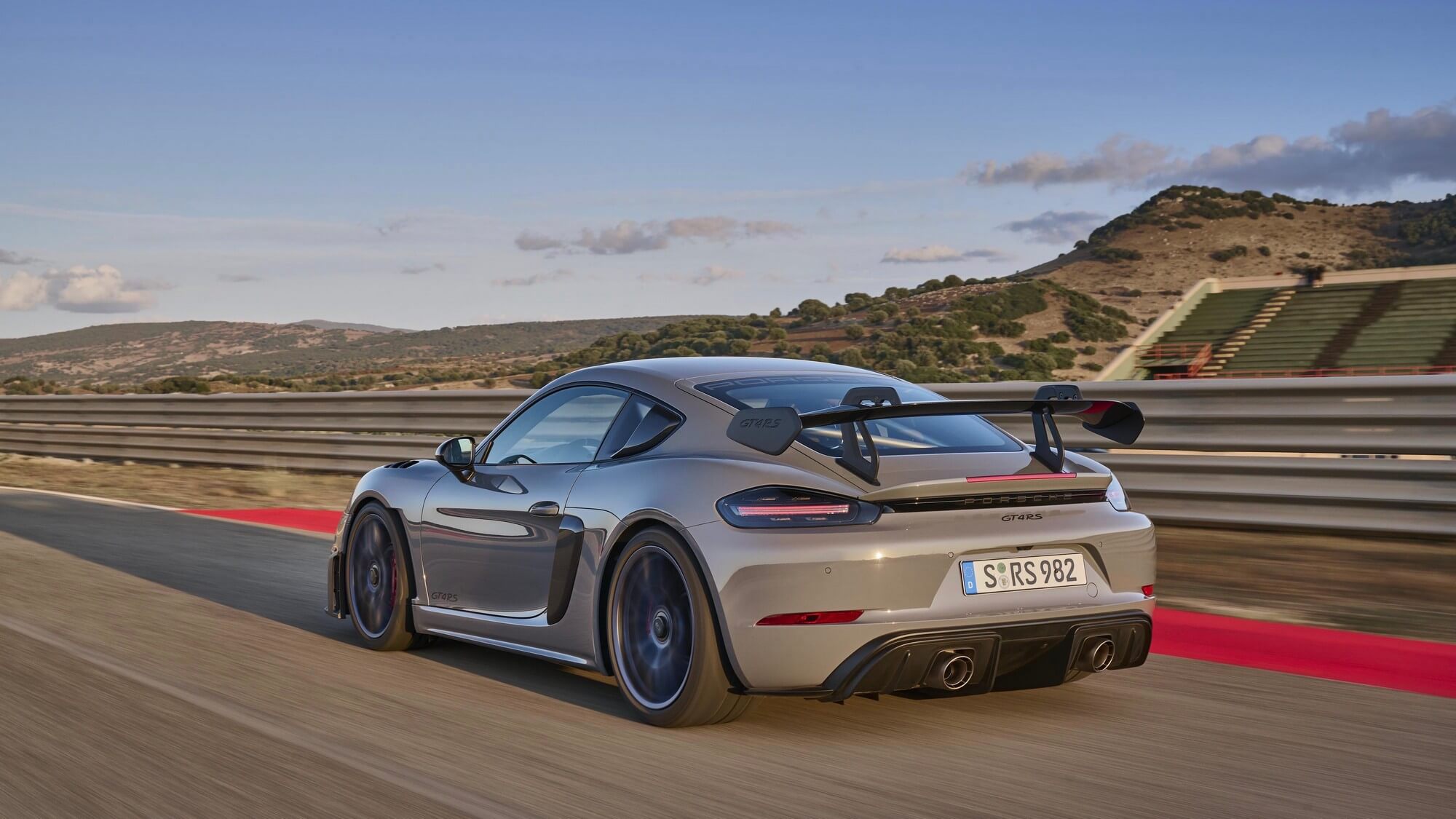 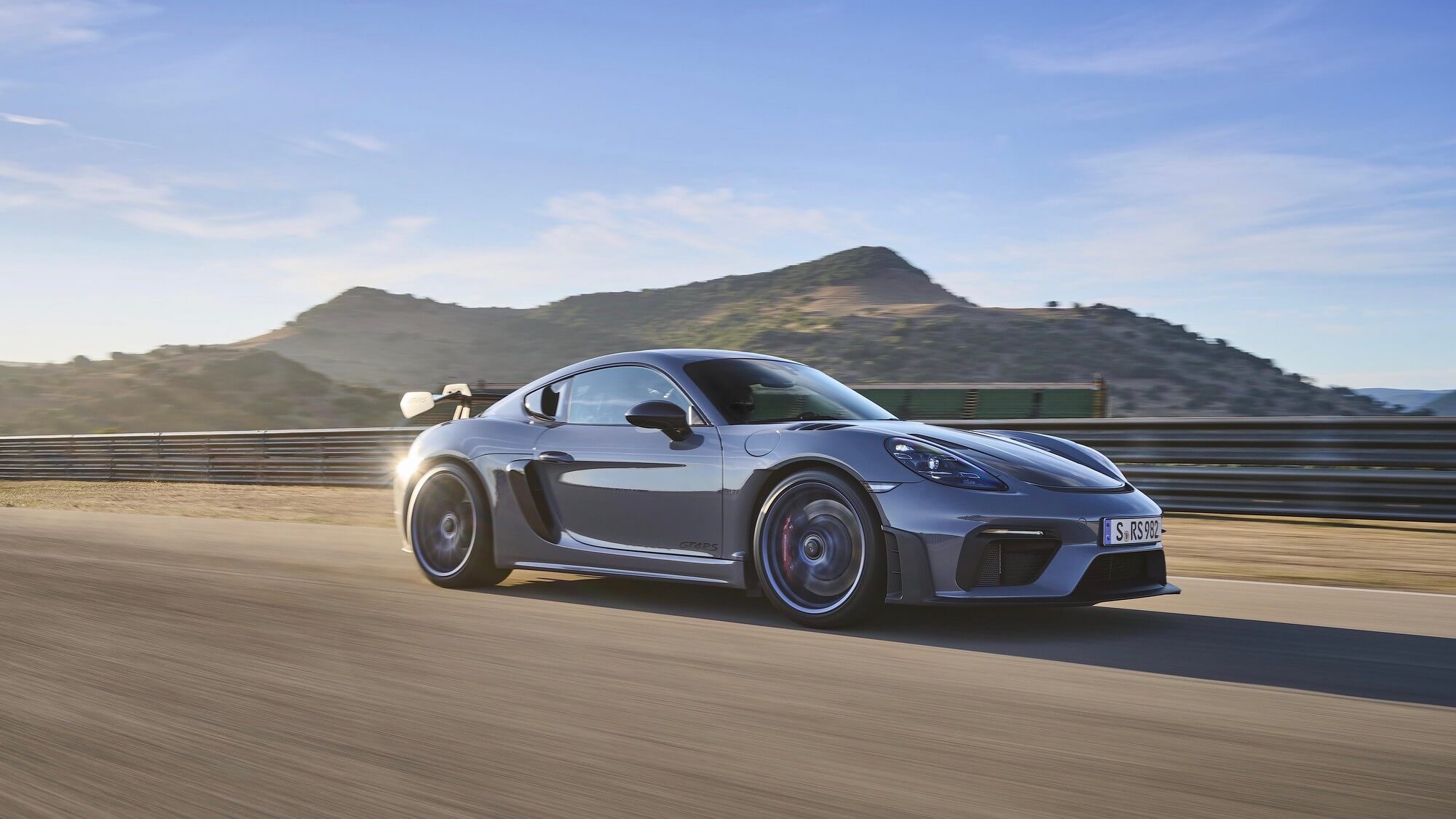 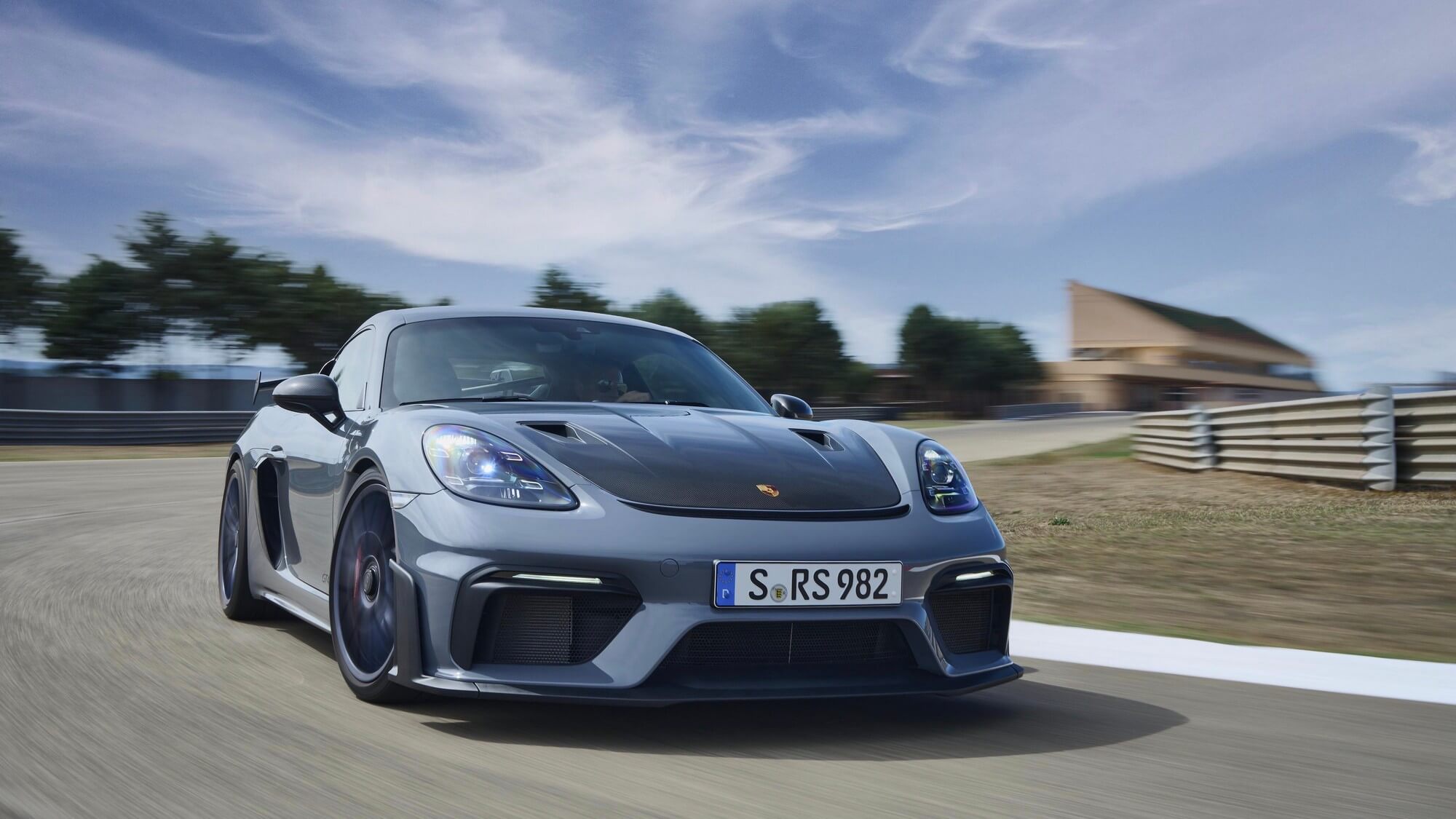 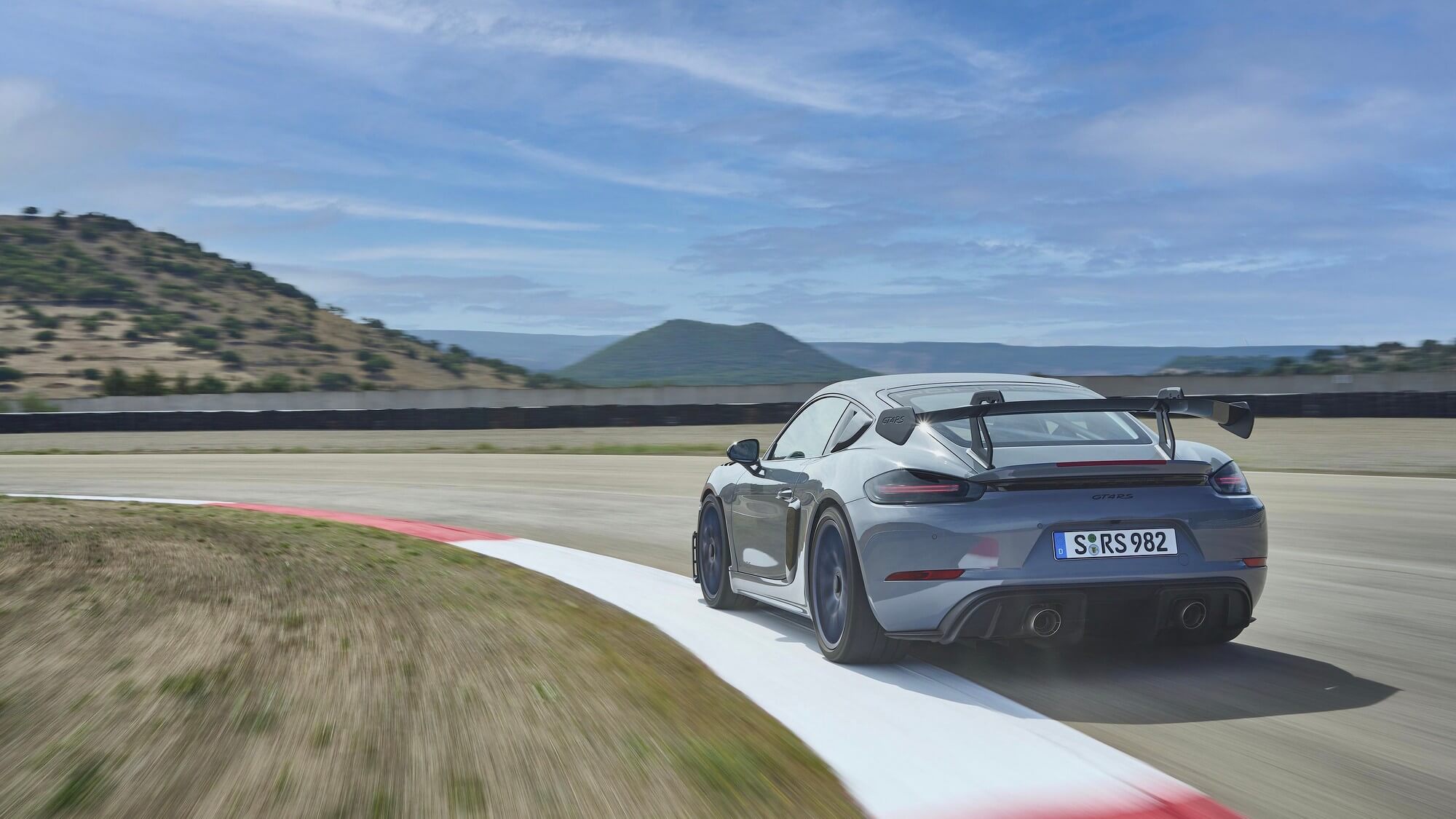 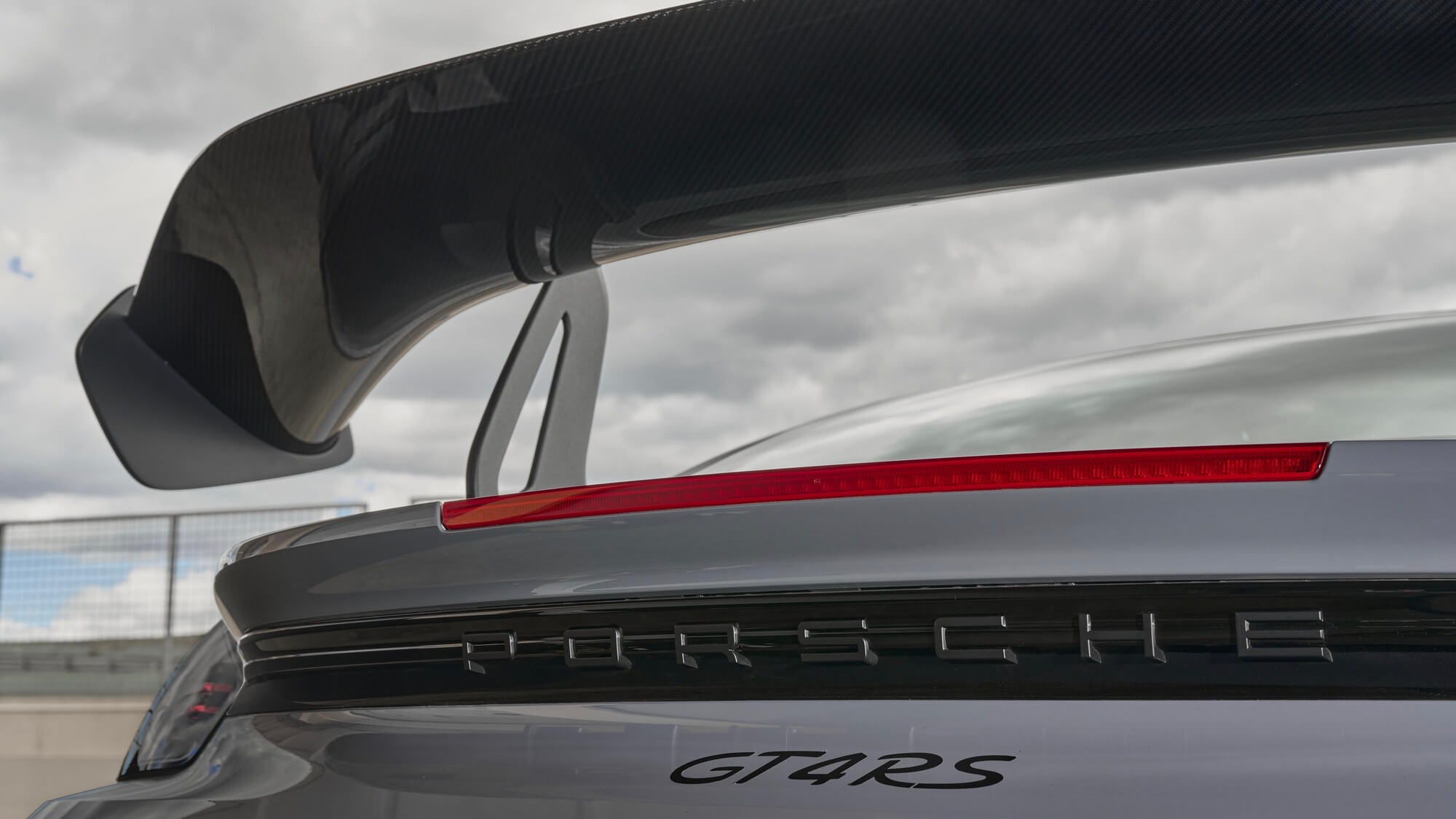 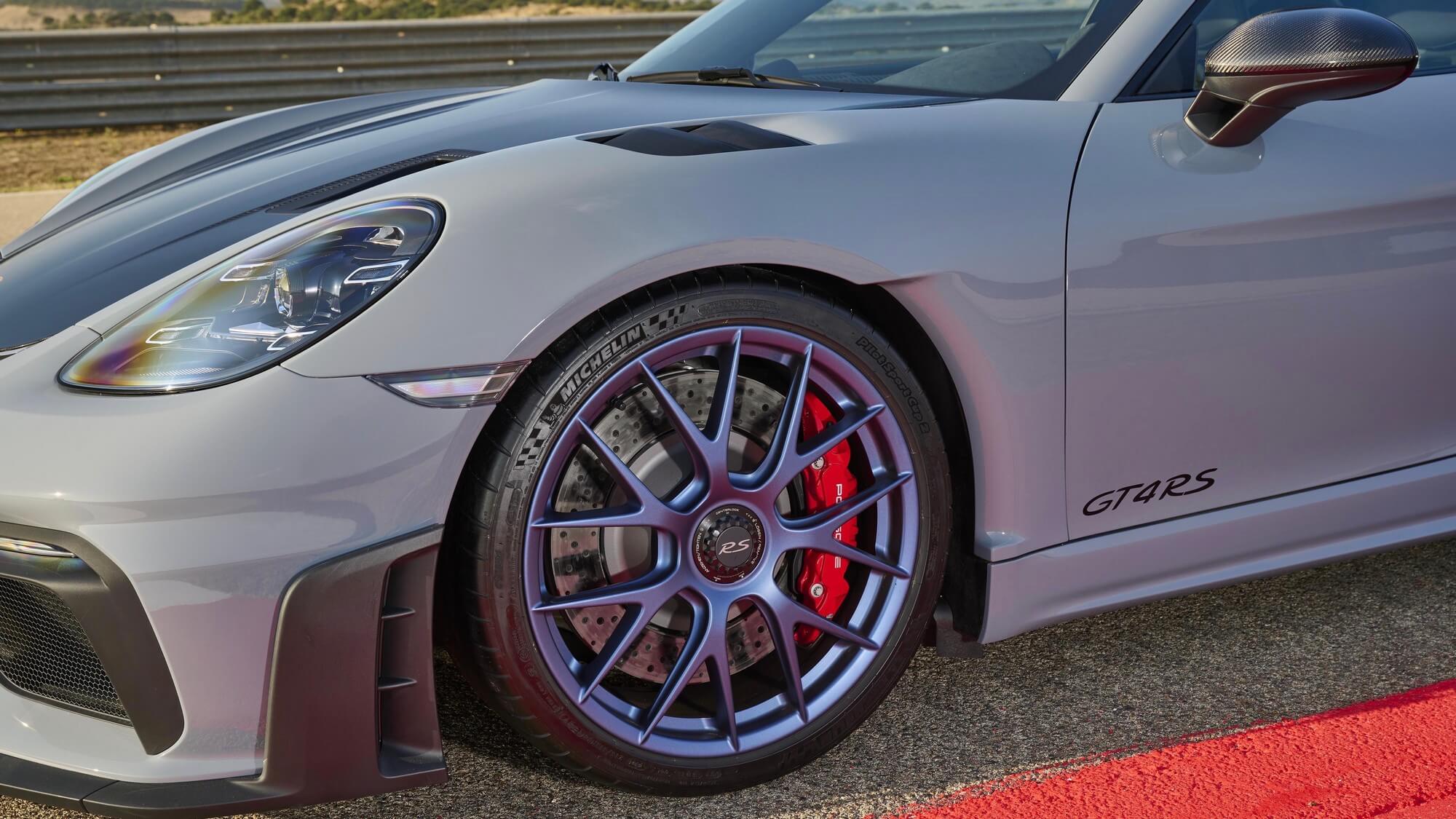 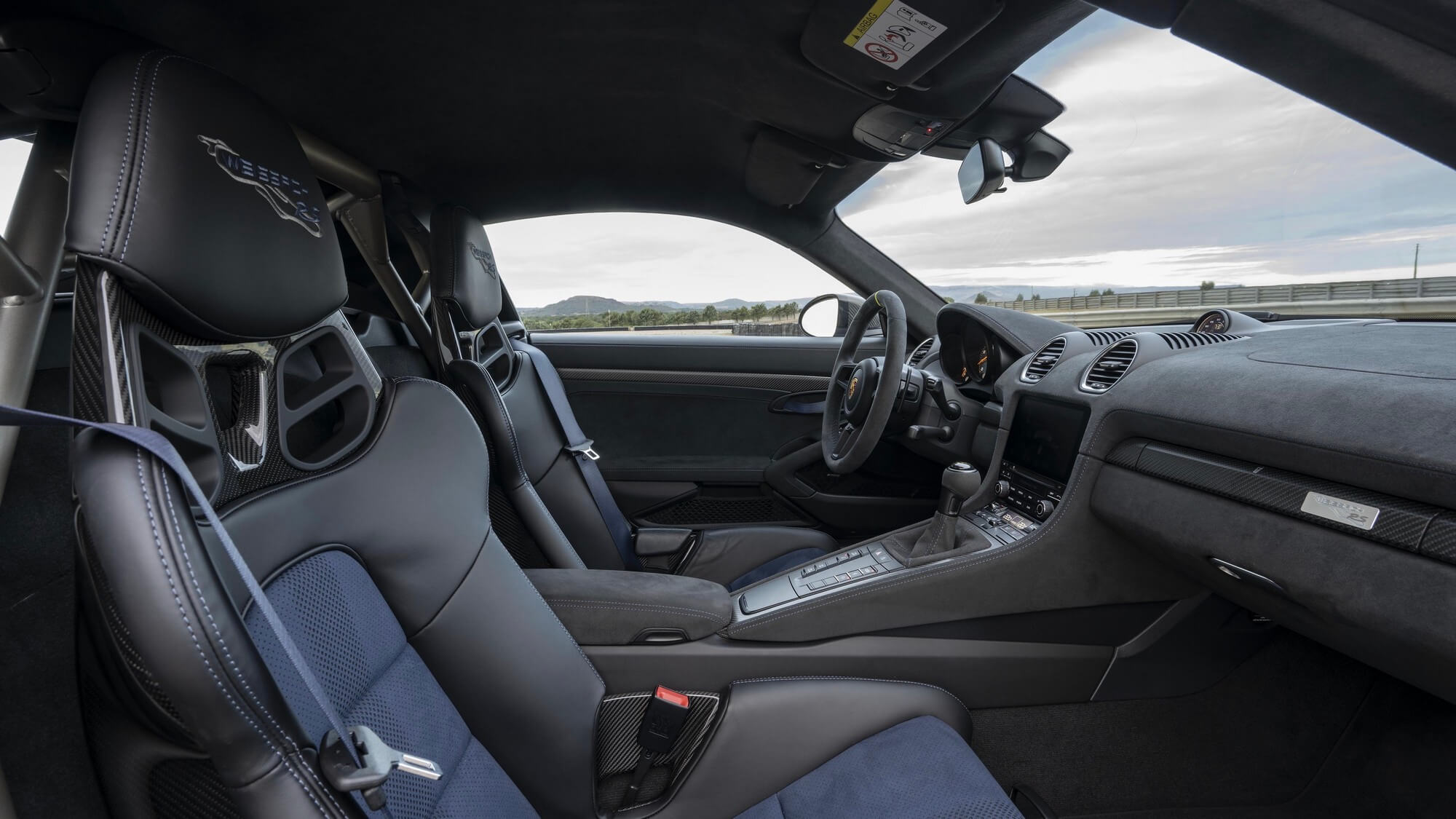 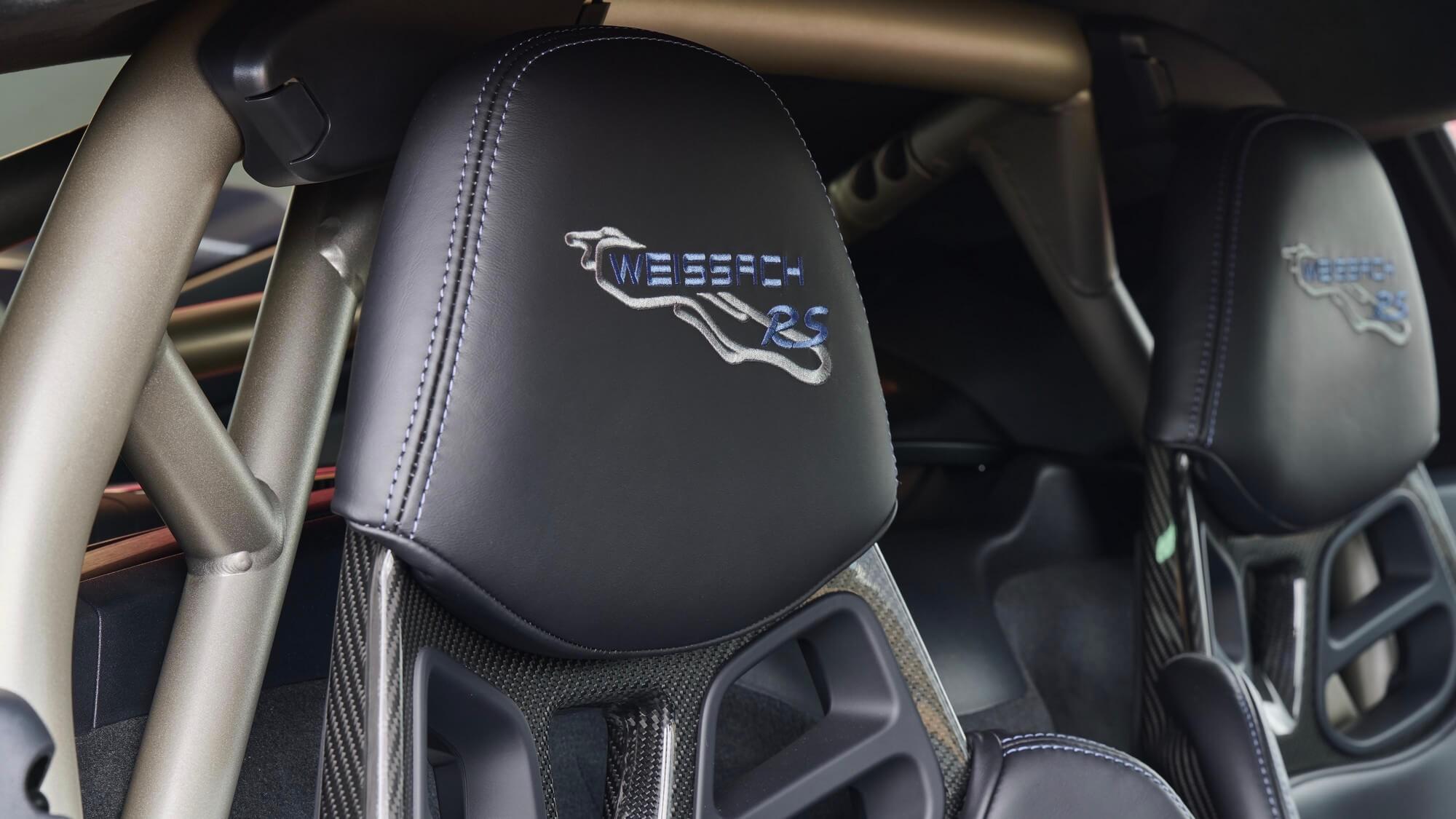 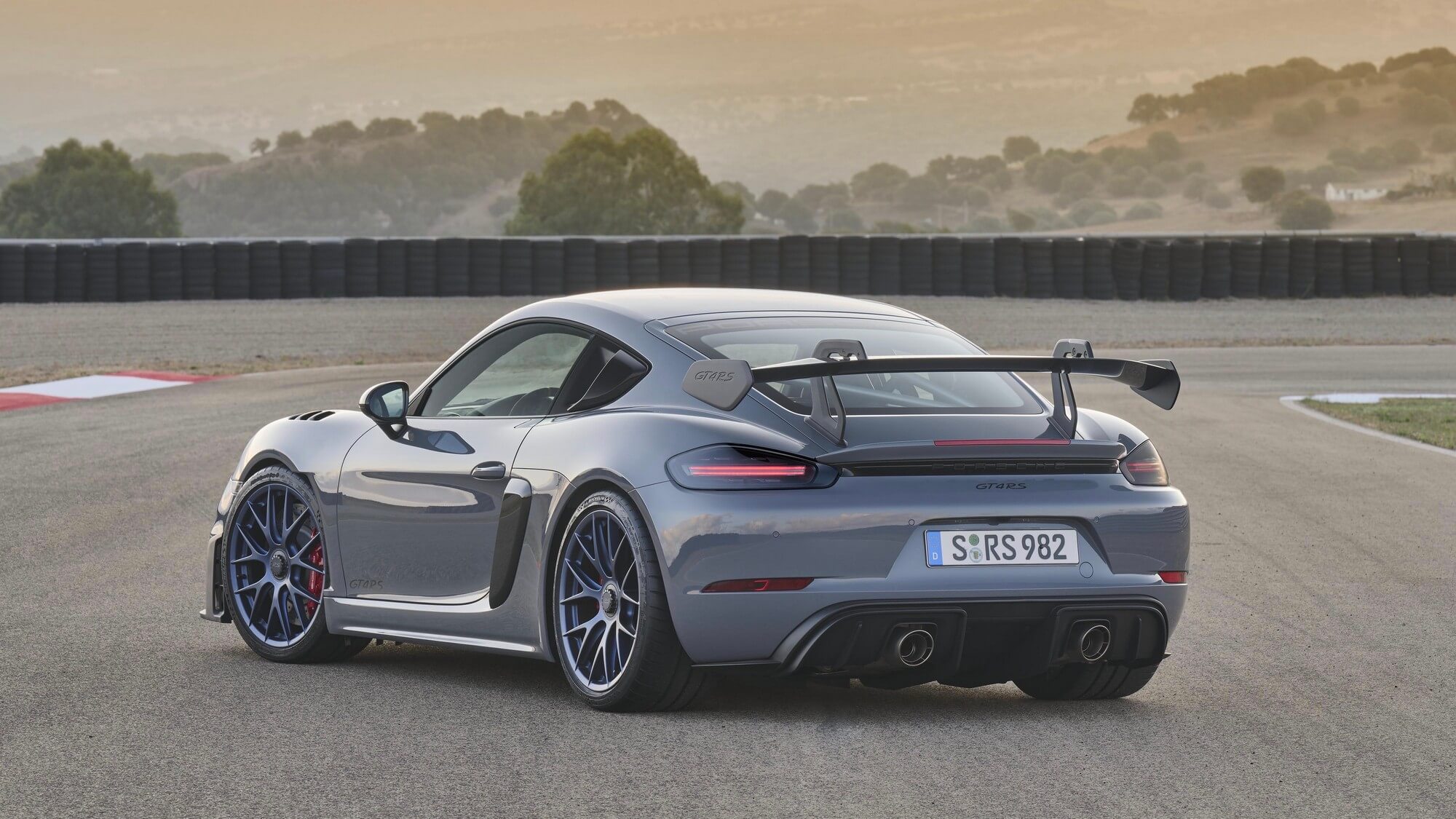