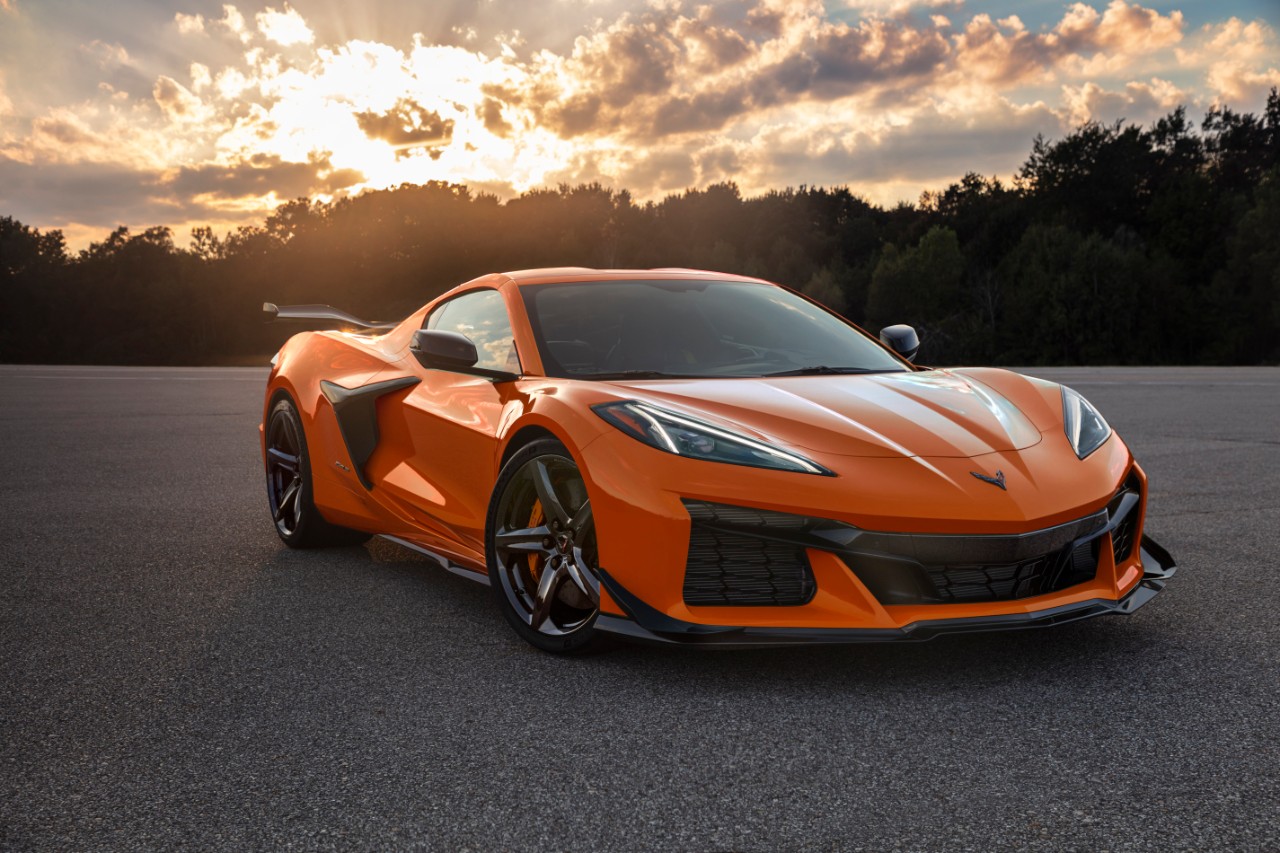 I’m not a Corvette guy, never really have been. To me, Corvettes were cars for middle-aged men with beer guts having mid-life crises. However, this new C8-generation Corvette had my attention when its switch to a mid-engine layout was announced. Then I drove it and it completely convinced me, with its outstanding mid-engine balance, excellent steering, and rock star small-block V8 engine. After driving it, I genuinely felt as if BMW should be nervous about the desirability of its M4 now that the Corvette is here. Fast forward to today and I’m even more concerned for the BMW M4, as the newly announced Corvette Z06 seems ready to feast on anything close to resembling competition.

The BMW M4 Competition is not a cheap car, especially after adding xDrive all-wheel drive. With options, it’s easy to get an M4 sniffing $100,000. In any other generation of M3 and M4, the Z06 would be incomparable, due to its typical near- six-figure price tag. Now, though, the two cars easily fall in the same price bracket.

In its defense, the BMW M4 Competition is a fantastic driver’s car. In fact, I think the front end on the M3/M4 is sharper and more engaging than that of the standard C8 Corvette Z51. However, when driving the C8 ‘Vette, there’s an inescapable feeling that Chevy intentionally built in some safe understeer and left a ton of room for the Z06 to improve upon. Now that the Z06 is here, it seems like it could be an absolute game changer.

Rather than the 6.2 liter small-block, pushrod V8 of the standard car, the Corvette Z06 uses an all new 5.5 liter flat-plane crank, overhead cam, naturally-aspirated V8 that makes 670 horsepower and revs past 8,600 rpm. According to Chevy, 0-60 mph happens in 2.6 seconds, which is a bit quicker than even the BMW M5 CS.

It’s also been given bigger brakes, structural chassis upgrades, an upgrade to its magnetic suspension, lightweight forged aluminum wheels, Michelin Pilot Sport Cup 2R tires, and some very intense aerodynamics. The latter of which is offered with the Z07 package.

There’s no pricing for the Corvette Z06 but expect it to be around $90,000-$100,000, as that was the pricing for the previous model. At around that money, it’s not much more expensive than a well-optioned BMW M4 Competition but is a lot more car. It’s significantly faster, more track-ready, comes with a more exciting V8 engine, and far better looking. It’s even just as practical, as it makes up for the lack of (extremely tight) rear seats in the M4 with an additional trunk up front.

Of course, BMW is releasing an M4 CSL, which should be absolutely epic, if the standard M4 Competition is anything to go by. But we don’t know what that’s going to be like just yet. At the moment, the Corvette Z06 seems like it could be devastating to almost all sports cars under $100,000.